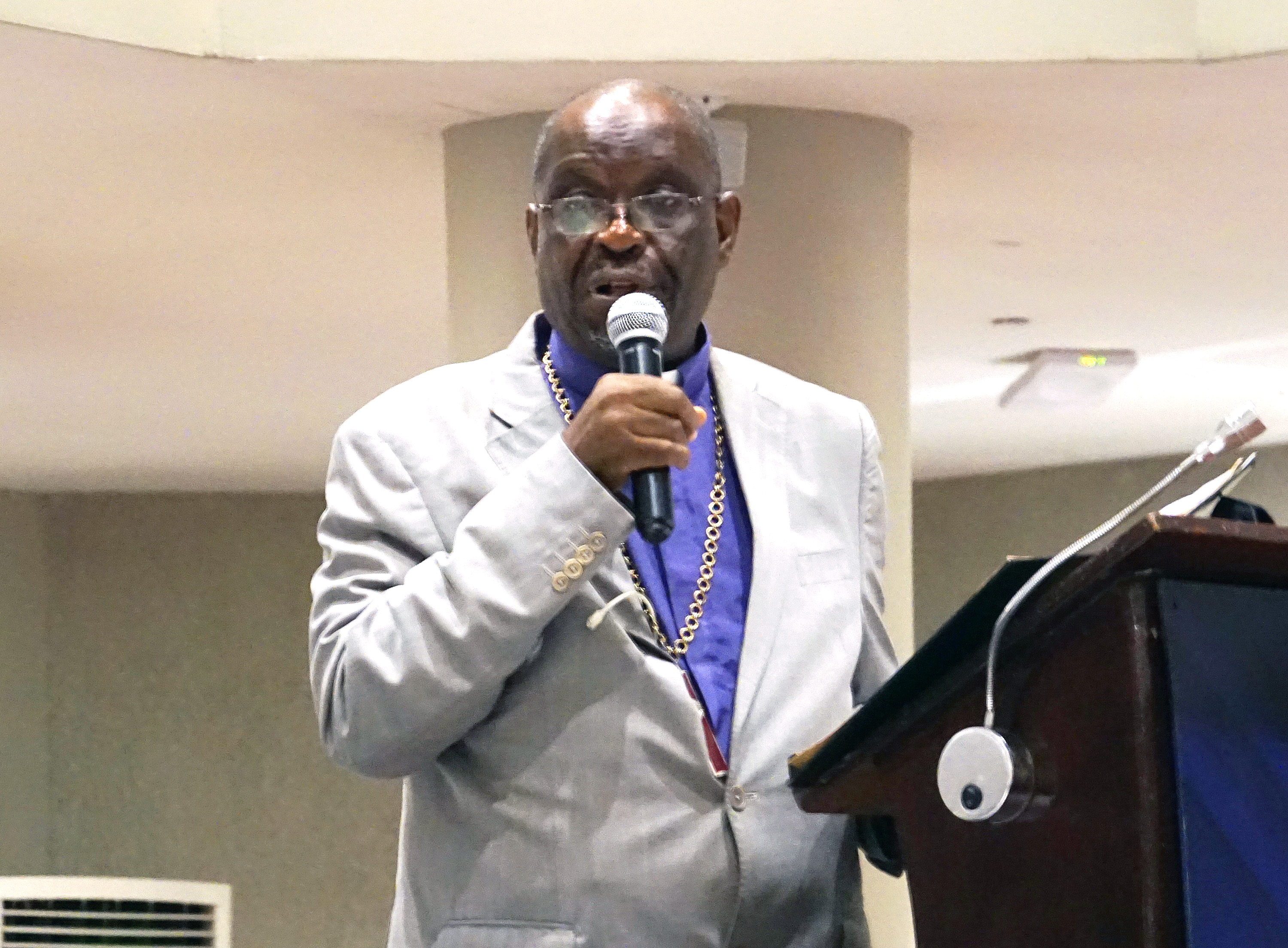 The United Methodist Africa College of Bishops heard a call for the church to be a reconciler on the continent at its recent retreat.

Bishop Arnold C. Temple, president of the All Africa Conference of Churches, brought the message during opening worship at the Sept. 4-7 bishops’ retreat. It was the first time a president of the conference had addressed the college of bishops, said Bishop John Yambasu, college president and leader of The United Methodist Church in Sierra Leone.

Temple preached on Jeremiah 29:10-14, describing it as the “bedrock of human dignity” and African dignity. He recounted a history marked by slavery, colonialism and nationalism, and said that in the modern era, the African ruling classes have “failed us from one city to another,” he said.

“Have we lost hope? I hope not,” he said. “… We’ve not lost our hope, for as long as God is in the throne, the hope will be fulfilled.”

He called for the church to work for reconciliation in Africa, and he encouraged the college of bishops to begin a process for bringing together the different branches of Methodism.

Temple addressed global economic policies “that disadvantage the African continent” and the “bad political dynamics in our nations” associated with a ruined African economy. He described how Africa is divided along regional lines as well as ethnic and political party lines.

Even the church is divided by tribalism and ethnicism, he said. While ethnicity is “part of God’s rainbow community,” ethnicism and tribalism put one’s group above all others, he said. 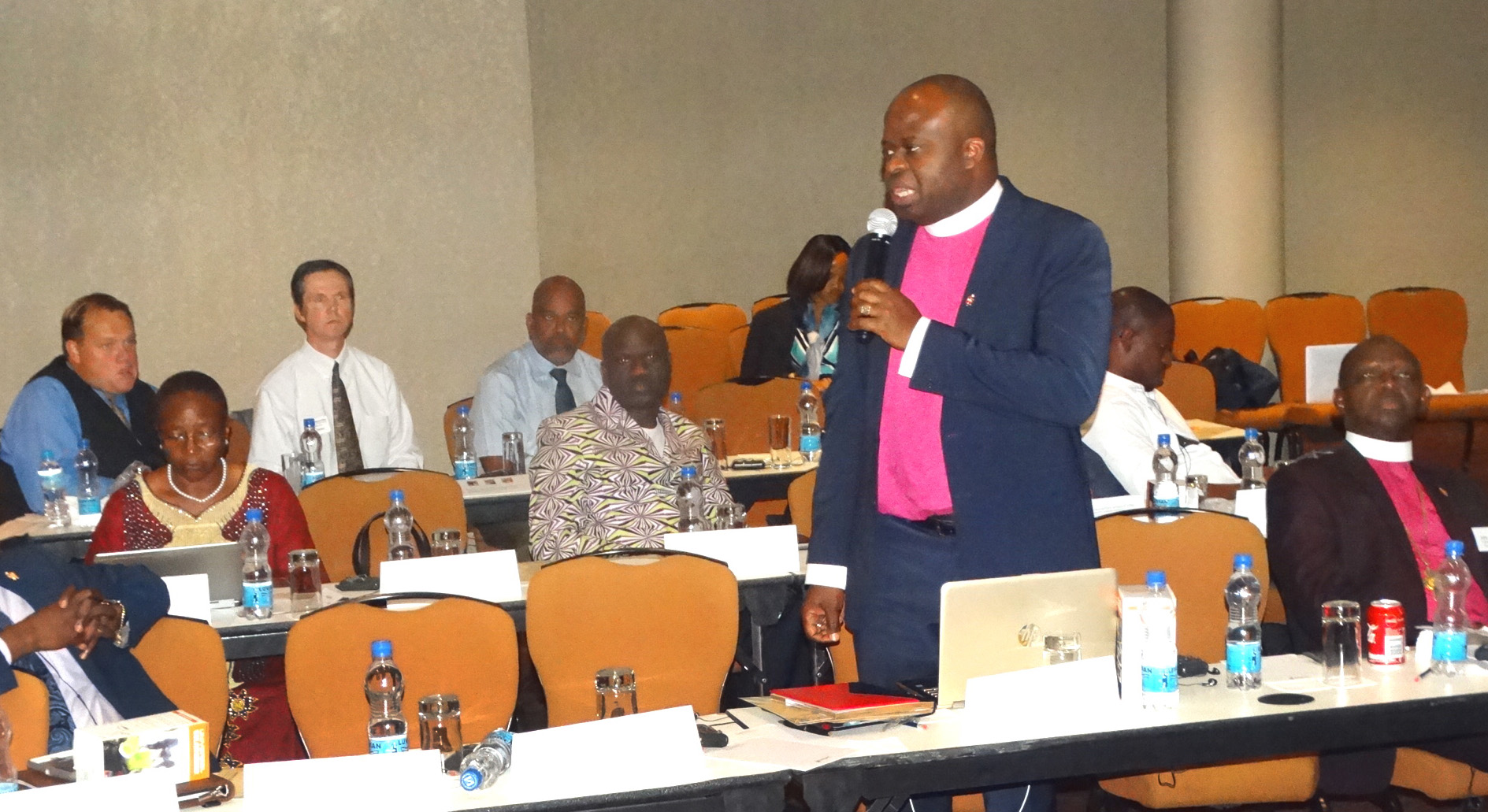 The church is an “instrument of reconciliation,” he said. “We cannot be the reconciler if we ourselves are not reconciled.” He asked the bishops who they wanted to succeed them in office, and whether those persons were from their same tribes.

Envisioning the African church 10 years from now, he said it should be self-sufficient, self-regulating and sustainable.

It should seek God’s will for family life and “not be influenced by the practices of the West,” he said. The church must adhere to biblical, Christian and ethical principles, he said. He drew applause when he emphasized that marriage is between one man and one woman, and that is God’s chosen way for the continuation of the human race and for raising children.

Temple said the church should seek to cross and break the boundaries of denominational divides, and focus on problems such as poverty, corruption, migration and modern slavery.

“We did not create these denominations,” he noted. The denominations in Africa exist because the missionaries brought not only the Gospel “but they brought also their quarrels” and the breaking points of unified Christianity, he said.

A divided church doesn’t represent a credible witness for Christ, he added.

Tanton is chief news officer of United Methodist News Service. Reach him at (615) 742-5470 or [email protected] To read more United Methodist news, subscribe to the free Daily or Weekly Digests.

The United Methodist university is practicing social distancing to curb the spread of the coronavirus.
Mission and Ministry

United Methodist hospitals among those gearing up as coronavirus concerns grow in the West African country.
General Church

Recent meeting brought together a range of traditionalist leaders to clarify what a separating church should look like.