United Methodists in Arkansas are engaging in denominational matchmaking to pair potential employers with graduates of a job-training program for those recovering from addiction.

The prospective match: Little Rock area church members who also are employers and graduates of the "Jobs for Life" program at Better Community Development, originally founded in 1967 as Black Community Developers, an outreach program of Theressa Hoover United Methodist Church.

A side benefit from a successful marriage: a model that could be replicated across the denomination.

By focusing on partnership rather than blame in a difficult economic climate, the model puts a positive spin on the relationship between employers and workers, said the Rev. Israel Alvaran of the United Methodist Board of Church and Society.

"Sometimes, in economic justice campaigns, there's the tendency to demonize business," noted Alvaran, a United Methodist pastor from the Philippines now based in San Francisco. "As people of faith, our role is really to be bridge builders in the midst of these contentious issues."

The courtship began with Alvaran, one of six grass-roots organizers hired by the United Methodist Board of Church and Society to strengthen networks among local churches and annual (regional) conferences on specific issues. The idea, he explained, is "to increase intentional outreach. The best lobbyists for public policy are constituents and they are in our churches."

"I see my role as more of a matchmaker," he said. "They're the ones doing the work on the ground."

In the Arkansas Conference, Alvaran connected with the Rev.Steve Copley, who has been involved with Church and Society on economic justice issues. An elder and church and community worker for the United Methodist Board of Global Ministries, Copley also works with local congregations on immigration issues as director of Arkansas Justice for Our Neighbors.

He led a religious coalition to increase the state minimum wage in 2006; was chairman of "Let Justice Roll," a campaign to raise the federal minimum wage; and serves as chair of the Arkansas Interfaith Alliance.

Copley gathered a core group of interested church members and he, Alvaran and John Hill, director for economic and environmental justice at the Board of Church and Society, planned a training session in Little Rock, which has some of the largest United Methodist churches in the state. Twenty-five people attended the June event. 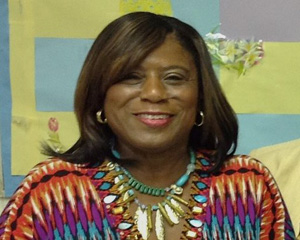 One of Copley's key contacts is Deborah Bell, with whom he has served with on church projects and non-profit boards over the years. Bell is director of community development for Better Community Development, which serves low-income, disadvantaged and at-risk children, youth and families. The organization's $5 million fundraising drive has resulted in the construction of the organization's new "Empowerment Center," to be finished later this year.

The organization's Hoover Treatment Center runs a state-licensed intensive residential and out-patient program for men and women with addictions. Some graduates of that treatment program enroll in "Jobs for Life," formerly called Jobs Partnership, an eight-week national curriculum that originated in Raleigh, N.C., to provide training for chronically unemployed or underemployed people.

Another advantage of the job-training program is additional days of addiction treatment. "In most cases, treatment is only 30 days," Bell explained. "The people who are serious, their treatment is extended longer because they're involved with Jobs for Life."

Just completing Jobs for Life is a victory for some of its graduates, she noted, but that accomplishment does not guarantee a career path. "After they completed the training, they would get very discouraged because they couldn't find jobs," she said.

So Bell posed the question: Could her graduates be connected with employers attending United Methodist churches?

Reaching out to employers

Copley and others believe the answer is yes. He has been visiting United Methodist pastors in the Little Rock area and asking them to take one church member who is an employer to a special lunch this fall to "hear what we're trying to do. I think we're going to be fairly successful."

He is confident he can get employers engaged in the project because Better Community Development is respected as a "trusted institution" and offers a built-in accountability system.

"What we'll do is continue to provide case management for the client," Bell said. "It's a post-treatment concept." The organization also will provide housing for the new employees.

Both cited Trinity United Methodist Church, which is expanding its own work with the jobless, as a congregation already engaged with the project. Bell met Trinity's mission chairperson at the June training and said the church made a donation for her organization's new facility.

Alvaran, Copley and Bell agree the model being formed in the Little Rock area could be adapted elsewhere, giving local churches a means to move traditional programs such as support groups and résumé-writing workshops for the unemployed.

Bell said she knows other church-related community developers who "would welcome the opportunity" to connect with annual conferences on employment projects.

"We (church members) do good meetings and excellent training, but as far as taking that information and really using it in communities that are stressed or there's a lot of poverty, I think we're challenged in that area," Bell said.