"We need vital congregations," said Gilbert C. Hanke, the top executive of United Methodist Men. "But we also need a vital general church at the same time to do what it is we as United Methodists are called to do."

General Conference, the denomination's top lawmaking body, will meet April 24-May 4 in Tampa, Fla. Hanke, who is also a General Conference delegate from the Texas Annual (regional) Conference, and at least five other agency heads have issued personal statements sounding a note of caution about the restructuring plans. 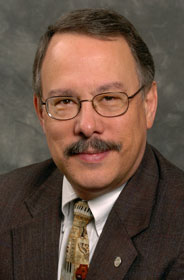 What will the restructure affect?

One significant piece of legislation - the result of the multiyear Call to Action process - would consolidate nine of the general agencies into a new United Methodist Center for Connectional Mission and Ministry under a 15-member board.

The legislation also would allow the new center's board to redistribute up to $60 million toward funding theological education, recruiting young clergy and laity, and fostering vital congregations.

The legislation does not specify where that total will come from, but agency executives expect either a majority or the entirety of the money will come from the World Service Fund, which provides most of the funding for agency work.

Agencies already face more than a 6.5 percent cut to the World Service Fund under the 2013-16 budget of $311.6 million, which the denomination's General Council on Finance and Administration has submitted to General Conference. The redistribution potentially would represent another reduction of nearly 20 percent.

"That being the case, the essential functions of all general agencies will not continue," Hanke said. "There is not a single one that can take that large a reduction."

Under the restructuring legislation, United Methodist Men would be among the few agencies that remain a separate body. However, Hanke joined other agency executives in expressing concerns about what the redistribution of $60 million in general church funds could mean for the ministry his and other agencies provide.

United Methodist Men, for example, relies on the World Service Fund for 25 percent of its budget.

Without United Methodist Men, Lee Donley said his congregation and others would lack the resources for the men's ministries and Boy Scout troops that help churches grow.

For example, he cited the commission's Understanding Men's Ministry program, which helped Oxford (Mich.) United Methodist Church, his congregation near Detroit, set up ministries that appeal to men ranging from Bible studies to service projects.

"I feel very strongly that if we don't get more men in our church, we're going to suffer for it," said Donley, who was first drawn to his church by men's ministry and is now president of the North Central Jurisdiction's United Methodist Men.

But that program and other general agency resources could be in jeopardy, Hanke said.

Slightly more than a penny of every dollar given by local church members in the United States supports the ministries of general agencies through the World Service Fund, according to the General Council on Finance and Administration.

The loss of $60 million means, "there will be fewer missionaries, fewer Sunday School resources, less advocacy for peace and justice, fewer scholarships and less assistance to the growing part of the church: Africa and the Philippines," said Jim Winkler, top executive of the United Methodist Board of Church and Society.

General agencies and their leaders

Where did changes come from?

At least one agency executive, however, is not wary of the restructuring proposal or the funding changes.

Neil M. Alexander, the president and publisher of the United Methodist Publishing House, has been a leader throughout the Call to Action process that led to the legislation. He also signed on to the General Secretaries Table statement.

"While the (executives) do not all agree on either one analysis or a number of proposed improvements, the General Secretaries Table wanted to be sure that United Methodists know that we share common commitments around core values and the specific affirmations found in the statement," he said.

Under the Call to Action legislation, the United Methodist Publishing House and Board of Pension and Health Benefits, as agencies supported by fees for service, would remain as separate bodies.

The Council of Bishops and the Connectional Table, which coordinates the denomination's ministry and resources, initiated the Call to Action after decades of declining U.S. membership.

The U.S. membership has decreased by 29 percent since 1968, falling from 10.7 million members to fewer than 8 million. The average U.S. member's age is now 57. After two independent studies, the Call to Action Steering Team concluded that the status quo of a shrinking and aging U.S. church is "toxic" and unsustainable.

The Call to Action report exhorted the denomination to redirect its attention, energy and resources toward fostering and sustaining an increased number of vital congregations. Agency executives, in their statement, affirmed that goal.

Another group, the Interim Operations Team, devised the recommended changes, and the Connectional Table drafted the legislation.

"These proposals can certainly benefit from additional work to perfect them," said Alexander, the executive coordinator of the Interim Operations Team. "At their essence, the proposals call for intense and concentrated focus on vital congregations, new approaches in leadership, changes in how we deploy resources and unified governance and administration of program agency work."

The potential funding cut is not the only change that worries some agency executives about reorganization proposals.

The Rev. Larry Hollon, top executive of United Methodist Communications, is troubled that the proposal puts communications in an office of shared services. That office includes the work now done by the General Council on Finance and Administration, the United Methodist Commission on Archives and History and information technology departments across the agencies.

"The ability to project the church's voice into the wider public conversations about faith and values is critical today," Hollon said. "In fact, it is a responsibility of our call to be faithful disciples. Paul, in his letter to the Philippians, admonishes us to bring the light of the gospel to a culture of darkness. The communications function of The United Methodist Church is about supporting disciple-making." 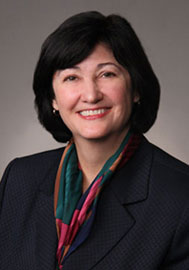 The Methodist Federation for Social Action, an unofficial progressive caucus, has submitted legislation for an alternative reorganization that preserves most agencies under their own, smaller boards.

However, the group's proposal also creates a Center for Resourcing of Operations that combines the roles of the General Council on Finance and Administration, United Methodist Communications and the United Methodist Board of Pension and Health Benefits.

That combination of agency functions could pose a liability risk to the denomination's finances, said Barbara Boigegrain, the pension board's top executive.

"If the (board) is merged with other entities in the church under a common board, the opportunity for legal action impacting all church financial assets is much greater," she explained.

"The temptation to lower conference contributions to the pension plans in favor of more immediate missional and programmatic priorities increases dramatically. Today, in the public sector, we see the result of mixing public priority and authority over the pension funds in the severe underfunding of many state and public pension plans."

The Rev. Robert J. Williams, the chief executive of the Commission on Archives and History, likewise would prefer his agency to remain separate with its own board. 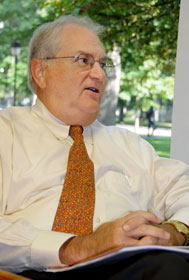 One of his concerns is that "the proposals concerning the structures of the general agencies lack any evidence to support claims that the church will be better off or that more vital congregations will be created. It is simply an effort to cut the budgets."

Both Hanke of United Methodist Men, and Thomas Kemper, the top executive of the United Methodist Board of Global Ministries, point out that the agencies have already taken steps to respond to the Call to Action.

"We have sometimes been depicted as intransigent, that we don't want to change," Hanke said. "But that's not true; we have already changed."

He points out that even before the Connectional Table devised its restructuring legislation, most of the agencies were developing their own legislation to shrink their boards by some 266 members. Hanke said his and other agencies have increased interagency collaboration and now meet and provide training online more to curb costs.

Kemper, a German citizen and the first top executive from outside the United States to lead a general agency, said he recognizes the strengths of the global United Methodist Church as well as the need for change. His governing board, the largest of the agencies, has voted to cut its membership by two-thirds.

"I pray that the 2012 General Conference will take wise and careful actions that will greatly enliven our whole church and result in greater numbers of more vital congregations everywhere," he said. "The general agencies receive a relatively small percentage of what United Methodists contribute annually to the church, but in whatever configuration, these organizations are connective tissue within the denomination - necessary and vital."