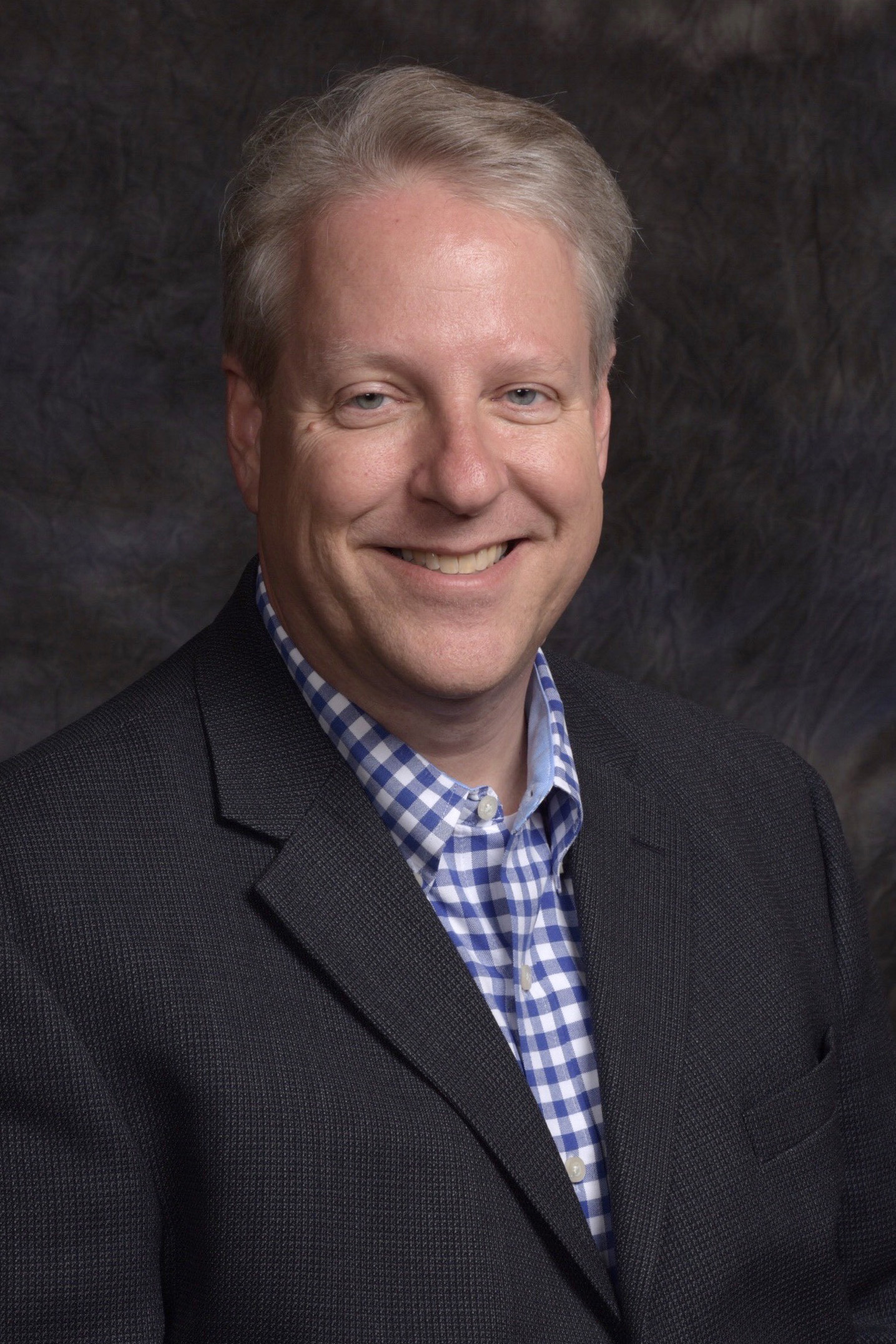 The Rev. Steve West
Photo courtesy of the Rev. Steve West.
A few weeks ago, hundreds of North Alabama Methodists who consider themselves traditional, orthodox, and conservative met at Clearbranch UMC to talk about splitting from The United Methodist Church.

I have had good interactions with the pastors who organized the meeting. They are my colleagues. They are part of the Wesleyan Covenant Association, an organization of 1,500 churches nationwide and about 60 clergy here in North Alabama planning to launch a new denomination a few months from now, once the General Conference in May allows for their gracious exit.

I respect their convictions. But I won’t be joining them. Here’s why.

My dad is a retired pastor, and he and I agree neither of us will leave The United Methodist Church (until recently, it was beyond my imagination that any of us would consider it). It would dishonor our family history, but there's something even more important at stake. I feel it would disregard the vows I made at ordination. I promised I would be faithful to The United Methodist Church and uphold its discipline. I have done so, even if others haven't, and I am only responsible for my own vows.

UM News publishes various commentaries about issues in the denomination. The opinion pieces reflect a variety of viewpoints and are the opinions of the writers, not the UM News staff.
I follow the Book of Discipline of The United Methodist Church even when I get heat for it, gently insisting that all people may participate fully in the ministries, sacraments and programs of the church (yes, that’s in there). I would not perform a same-sex marriage, but I’m passionate about inclusiveness in the church. For me, it’s the way of Jesus, but it’s also about the vows I took.

2. This has evolved past social issues to schism.

I am a centrist and have varied opinions on issues. The United Methodist Church is not perfect, but diversity of thought is one reason I love it. John Wesley taught Christianity was essentially about love for God and neighbor, growing through the means of grace, and staying connected even when we “agree to disagree” (yes, he coined that phrase).

We have made it through divisive issues such as slavery, voting rights, temperance, civil rights and ordaining women. It is the most evenly widespread denomination in the United States, so there will always be cultural issues. But this is a moment where I must decide whether to stay at the table and work it out or not, and to me, that’s the very definition of church.

There is no plan on the table that involves telling pastors they have to perform weddings they’re not comfortable with, telling local churches they have to do something inappropriate for their context, or telling conferences that they can’t set standards for ministry. I respect that others may leave The United Methodist Church because of their convictions, but I am staying precisely because of mine.

Wesley said that separating “from a body of living Christians with whom we were before united is a grievous breach of the law of love” and hence it “is only when our love grows cold that we can consider separation.”

The United Methodist Church is not perfect, but it's my home.

In a romanticized view of starting a new Methodist denomination, one can forget there are so many positive things to be lost by leaving. Together we have created the United Methodist Committee on Relief, the Upper Room, the Walk to Emmaus, the Academy for Spiritual Formation, Africa University, and all sorts of regional treasures like Sumatanga and the Children’s Home. In America, we have started more colleges and universities than any other faith group, and we charter more Scouts than any other denomination. No church is perfect, but there is much to be lost by leaving.

I respect those who can't live with differing practices across the country, but our DNA is connectional, not congregational. Small churches will be the biggest losers if they suddenly have responsibility to recruit their pastor (this is in the proposed Discipline of the new denomination). Promises are being made, of course, but I believe that the DNA of a new denomination that forms over cultural disagreements will end up splitting again over the next one.

I honor their decision, and perhaps we will all be able to move forward more freely with bringing people to Christ. But I can't be a part of leaving.

4. I believe in the authority of the Bible.

The debate is incorrectly framed as being about biblical authority, when it is really about culture wars. I hold the Bible in high authority under the lordship of Christ. It was inspired by the Holy Spirit, written by human hands and codified by holy councils. God was in all of it.

Wesley didn’t teach fundamentalist ideas such as inerrancy and infallibility. Instead, he taught the importance of interpreting it faithfully through tradition, reason and experience. He said in our Articles of Religion that the Bible contains everything necessary for salvation, but he didn’t say it spells out everything.

How do I interpret the Bible over complex issues like acceptance of LGBTQ Christians? The reason we call it the Word of God is because it reveals Christ, whom the Bible calls the Word. So I read the Bible through the lens of Christ, who fulfills the law and confounds the Pharisees.

I don’t worship the Bible. I worship Jesus, so to make sense of the Bible, I read it through the person of Christ. He loved every broken person he encountered. The only people he criticized were the Pharisees who had lost sight of love because of religious rules based on their tight interpretation of Scripture. The Bible says God is love, and everyone who loves is born of God and knows God, so I believe it.

5. I am traditional and orthodox.

The schism is being planned over a set of social issues that are neither discussed in the Gospels nor addressed in the ancient creeds. So it is odd for people of only one viewpoint to exclusively claim the terms “traditional” and “orthodox.”

There are indeed moral issues addressed in Scripture we must grapple with. But our Wesleyan tradition is, once again, to interpret Scripture through tradition, reason and experience. I believe in the virgin birth, the resurrection, the humanity and divinity of Christ, the Trinity and the things addressed in orthodoxy. I also follow the tradition of Wesley, who loved to use the saying, “In essentials unity, in non-essentials liberty, in all things charity.”

Jesus didn’t even mention the issues that divide us, but there’s something else that he most definitely did talk about: our unity, for that’s what Jesus prayed for in John 17.

I have friends that say they are not leaving the church; the church has left them. I get that, but I honestly find it to be an echo of southern secessionism. The United Methodist Church agrees on what’s essential, and I’m going to stay at the table and work out what’s secondary.

I keep coming back to the way Jesus treated the woman at the well. He offered her living water, then, after indicating he knew of her past, he took her seriously in discussing the religious issues on her mind.

I have noticed what he did NOT say. He gently pointed out that she was committing adultery (that one’s in the Ten Commandments), but he didn’t say, “Oh, now I take back what I said about living water.” Christ’s offer was still good, and then they had a fascinating discussion about faith. So I choose to accept people for who they are and invite them to God’s table for relationship with Christ. God handles the rest.

Do our churches rebuke people who are divorced and remarried, not allowing them to serve in ministry? I’m not saying we should hold remarried people in judgment, not at all. I’m saying that if we offer grace in one situation addressed in Scripture and not in another, it's clearly not about biblical authority but about culture wars.

I can't be a part of a new movement that insists LGBTQ people can't be Christians. I know too many that are.

8. I believe in the church.

We are the body of Christ, and I don't have all answers about the future, but leaving the table is out of the question. Our divided culture needs a witness to love that transcends our differences, not giving in to the prevalent “us vs. them” and “either/or” mentality.

The biggest criticism Jesus got was that he “ate with sinners.” Who am I to decide that I can’t be in communion with someone I don’t agree with? The only people Jesus didn’t tolerate were the religious elites who were intolerant. I’m not going to be one of them.

That’s why I’ll stay UMC. I agree with Pinson United Methodist Church Pastor Joe DeWitte who said, “The UMC continues to discover that our church is big enough (because our God is big enough) to include people who disagree on matters that are not creedal.”

Here I stand, I can do no other.

West is pastor of First United Methodist Church of Arab, Ala., and a member of the North Alabama Conference. This commentary originally appeared on his blog, http://stevewestsmusings.blogspot.com.

Like the main character in the Oscar-winning film, itinerant pastors learn to form community and connection even though they are always on the move.
Social Concerns