The Rev. Nelson Cowan grew up attending a United Methodist megachurch. He first sang along with worship bands — the kind with guitars, keyboards and drums — and later led them.

“I didn’t see the (United Methodist) hymnal until I was in seminary,” said Cowan, 29.

These days, he’s a pastor and part of a small team of United Methodist experts who give the denomination advice about which contemporary Christian songs to use in worship.

They weigh in on the theology, language and congregational “sing-ability” of the 100 most popular songs as listed by Christian Copyright Licensing International, or CCLI.

The goal is to help pastors and music ministers determine whether a particular song is consistent with, or at least not contradictory to, core United Methodist values.

“In hindsight, I would have loved a resource like this, that kind of plunges and probes the depths of what United Methodist theology is in song, and also thinks about sing-ability,” said Cowan, pastor of First United Methodist Church in North Andover, Massachusetts. “That’s not something I was coached on, ever.” 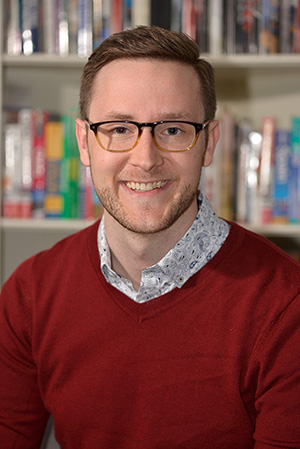 There’s no red list, but some songs do not get even a cautious recommendation. These include the hugely popular “In Christ Alone,” which has lyrics the team considers seriously at odds with Wesleyan theology.

“Salvation is not wrought in Christ alone, but within and by the whole work of the Triune God,” he said.

Team members don’t always agree (Cowan had “In Christ Alone” sung at his wedding) but they are unanimous in feeling that the church needs such guidance.

And it’s nothing more than that, notes the Rev. Jackson Henry, director of music ministries at Discipleship Ministries and current leader of the vetting team.

“From its inception, this project has never been regulatory,” he said. “That is one of the main reasons we do not publish a red list. We want the green and yellow lists to be a starting point for discussions in worship teams.”

The vetting team emerged out of a 2014 symposium at United Theological Seminary.

“That’s all it is,” Fromm said, as quoted by Burton-Edwards in an essay for Discipleship Ministries. “Its real value is in the vetting.”

He also knew that much if not most of the popular contemporary music was coming from Pentecostal or Calvinist perspectives.

“If you look at the primary producers of this music, they aren’t us,” said Burton-Edwards, former director of worship resources for Discipleship Ministries and now a consultant to United Methodist Communications.

With Discipleship Ministries support, Burton-Edwards recruited a team of clergy, music ministers and seminary professors to give hymnal-like vetting to the songs finding their way into contemporary worship as highlighted by CCLI.

Many churches buy a license from CCLI (the cost varies by church size) which allows worship leaders to reproduce covered copyrighted songs for congregational singing.

CCLI is a major force in Christian music in the internet era, and twice annually posts its Top 100 list. United Methodist churches constitute the second-largest denominational base of CCLI subscribers, after the Southern Baptist Convention, Burton-Edwards said.

So that argued for a CCLI focus and adopting the name “CCLI Top 100 Vetting Team.”

In 2015, team members gathered for marathon evaluation of the 100 songs on CCLI’s most recent list. The CCLI list, unlike Billboard’s charts, doesn’t change much, so the team has since met by conference call annually to evaluate the 10 or 15 new songs.

The team uses an elaborate vetting tool, evaluating not just for theology, language and sing-ability, but for various sub-categories. Theology gets double-weight. Each song is scored on a five-point scale, with decimal point precision. (“In Christ Alone” got a 3.3625.)

The score helps determine whether a song makes the green or yellow list, but group discussion can override the numbers.

“We’re modeling Methodist conferencing, you could say, in the lists that we produce,” said Burton-Edwards, who remains on the vetting team.

Along with those lists, the team has posted a database that shares the score for each song, and comments from team members. Here readers can find not only concerns about theology but tips for how to arrange the song.

CCLI’s current number one song, “What a Beautiful Name,” made the team’s green list. Another highly ranked song, “This is Amazing Grace,” landed not just on the yellow list, but on the italicized part for songs meriting extra caution.

The team had issues with the emphasis on “king” language for Jesus, and on how references to God “seem to collapse the Father onto the Son.”

Indeed, a big issue for team members is “ambiguity of divine address” in song texts, something that the Rev. Constance Cherry, a team member and professor of Christian worship and pastoral ministry at Indiana Wesleyan University, has written about.

“To many worship leaders and pastors these issues are minor,” Aigner said. “Not so, I would say. Trinitarian worship must be specific, and our language in worship should be refined and elegant.”

The vetting team has been blogged about admiringly by the Rev. Glenn Stallsmith, a United Methodist pastor. Brian Hehn, who directs The Center for Congregational Song, wishes other mainline denominations would take up the cause.

“In order to continue caring for the long-term spiritual health of congregations, each denomination should carefully go through these songs to give guidance to their member churches on what fits best for their tradition,” he said.

But some United Methodists complain the vetting team takes an ivory tower approach and fails to account for the power of much contemporary Christian music.

The Rev. Brian McPherson calls the team’s judgment about some songs “pretty narrow.” He was glad to have his church sing “In Christ Alone” at Easter, though the song not only failed to get the United Methodist team’s recommendation but got dropped from a new Presbyterian Church (USA) hymnal when the copyright holders wouldn’t allow text changes to address theological concerns.

“Is it perfect? No, but most hymns, if carefully examined, aren’t,” said McPherson, pastor of Good Shepherd United Methodist Church in Lucas, Texas, and a longtime church musician. “Sometimes the congregational worship experience of singing together can overcome some theological deficit.”

But the team is likely to influence the revision of the United Methodist Hymnal, a process authorized by the 2016 General Conference. Some of the vetting team members are on the hymnal revision committee.

One is Cowan, who saw his first hymnal in seminary.

“Funny how God works,” he said.

Hodges is a Dallas-based writer for United Methodist News Service, contact him at 615-742-5470 or [email protected]. To read more United Methodist news, subscribe to the free Daily or Weekly Digests.

The 250th anniversary of Francis Asbury’s crossing of the Atlantic from England to America is being celebrated jointly by the Methodist Church of Britain and The United Methodist Church.
Mission and Ministry

As students and staff mourn the loss of family and friends, AU provides emotional support and encouragement.