At age 23, the pain of believing that God didn't love him because he was gay was too much for "George." He decided to commit suicide.

But at the darkest time of his life, he felt overwhelmed by a loving divine presence and he clearly heard in his head the words, "Don't do it."

Listening to that voice saved his life.

"If I were to ever speak face-to-face with a kid who was really struggling with acceptance and bullying, that is one of things I would tell them," he said. "How grateful I am that I stopped and didn't go through with suicide because I have the most amazing life ever."

George's name is fictitious, but his story is real.

News media have reported several recent episodes of young people who killed themselves after bullying from classmates about their sexuality. Many adults, including celebrities, faith leaders and laity, are reaching out to young people with the message, "It does get better."

In response, George posted this message on his Facebook page: "I was that kid: that was called a sissy in 2nd grade, punched in the belly in the 3rd, who wrote a story about men marrying men in the 4th grade, who was called queer in junior high, who did everything possible to blend in in high school. I was that kid that decided life wasn't worth living at 23. If you are that kid, too, you're not alone. Let's talk."

George said he is blessed today to be in a United Methodist church that loves and welcomes him. But that wasn't always the case. He grew up in another denomination, attending church twice every Sunday and on Wednesday nights. His father was a deacon.

"Faith in God was very important to me as a kid and to my family."

But he heard loud and clear from the religious world that God "frowned" upon people like him. "I heard I was an abomination and God hated me."

Life is difficult and confusing enough when you are a teenager, and when you feel like God can't accept you, that is a heavy burden, he said. 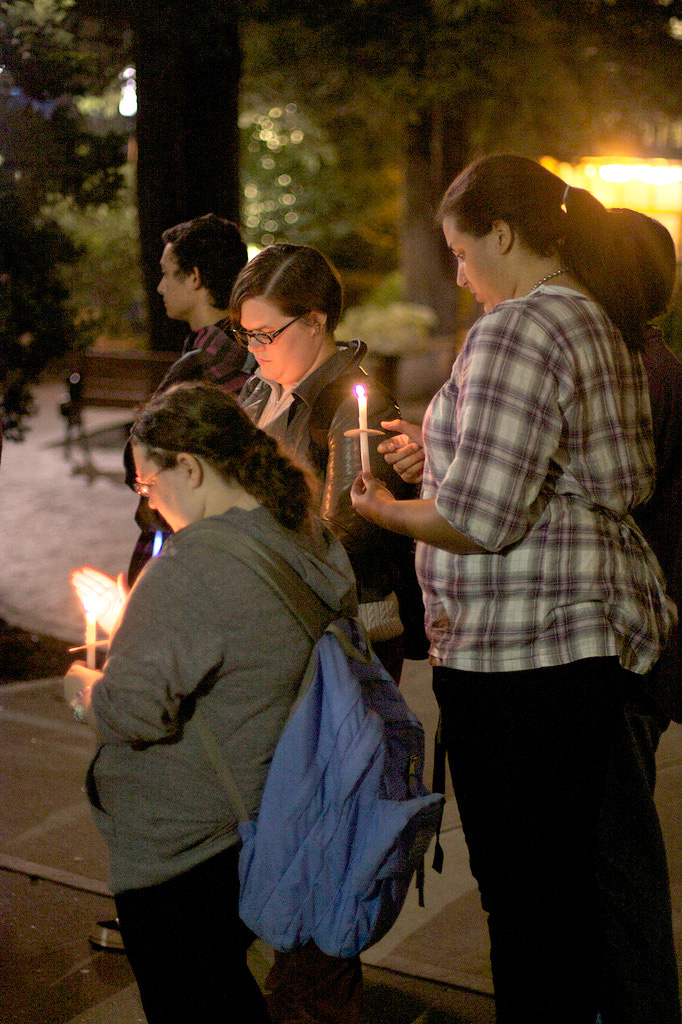 The Ontario Consultants on Religious Tolerance lists the policies of 47 Christian faith groups on homosexuality.

According to its website, more liberal denominations and Christians tend to view homosexuality as a civil-rights matter. They generally believe it is a fixed, unchosen, normal, natural and morally neutral sexual orientation for a minority of adults.

More conservative denominations and Christians tend to view homosexuality as a profound evil. They generally believe it is changeable, chosen, abnormal, unnatural and immoral behavior, regardless of the nature of the relationship.

United Methodists, Presbyterians and Episcopalians have actively debated the issue within their denominations.

As recently as the 2008 General Conference, delegates proposed adding a statement to the Book of Discipline that would acknowledge not everyone in the church agrees on the issue. The motion was rejected by a vote of 763-38.

"I have been frustrated by our seeming incapacity to acknowledge that we believe different things, especially as Wesleyans, for whom right belief doesn't come first but it comes after community, it comes after an experience of grace," said the Rev. Trey Hall, a United Methodist pastor serving at Urban Village Church in Chicago.

Urban Village recently hosted a "coming out" celebration to announce the opening of its second location. The event was held Oct. 11 - national "Coming Out Day" for homosexuals.

At the same time, news media were reporting on Tyler Clementi, a Rutgers University freshman who committed suicide after his roommate broadcast on the Internet a video of Clementi's sexual encounter with another man.

"I was that kid that decided life wasn't worth living at 23. If you are that kid, too, you're not alone. Let's talk."
"George," a homosexual United Methodist church member

More than 100 people attended the Chicago event, many of whom had never been to the church before, Hall said. Speakers included politicians and community leaders as well as Hall and his co-pastor, the Rev. Christian Coon.

"You know all the stereotypes about church &ellipsis because I'm gay or because my brother is gay I won't be welcome in church," Hall said. "Not only are you welcomed here, you are invited to be transformed. Christ is longing to make you a more mature disciple. You are not here just to receive the crumbs. You are here to grow and be a brother and sister in Christ."

The Urban Village website proclaims, "Whoever you are — seeker or skeptic, Democrat or Republican, straight or gay, young or old, woman or man — you are welcome here."

"I am still overwhelmed by the number of e-mails, Facebook postings, phone calls we get asking us if this is legitimate. 'Are you all really a place of radical love?'" Hall said. "Obviously for so many people, church equals all the bad words, exclusion. So we thought it would be good to have an event and say this is what we believe and we want you to come out and hear it from our own lips."

That message of welcoming was amplified at Bering Memorial United Methodist Church in Houston following the suicide of Asher Brown, a 13-year-old from the local suburbs. Asher had shot himself after coming out.

Gary Brewton, a member of Bering, said for the last three years the church has served at-risk street kids ages 18 to 25 who have been kicked out of their homes because they are gay.

Some weeks the church serves as many as 70 kids in a program called Open Gate. Youth are offered a hot, family-style meal prepared by members of the congregation and have a safe place for conversation and support.

"Those who say that homosexuality and Christianity are incompatible cannot escape the consequences of that statement: homophobia kills kids," Brewton said. "Theology is indeed a matter of life and death.

"With God's help and our volunteers' faithful work, some of these kids will get off the streets, get apartments, find jobs, and learn a measure of self-respect. In this way the Spirit builds up the body of Christ one soul at a time," he said. 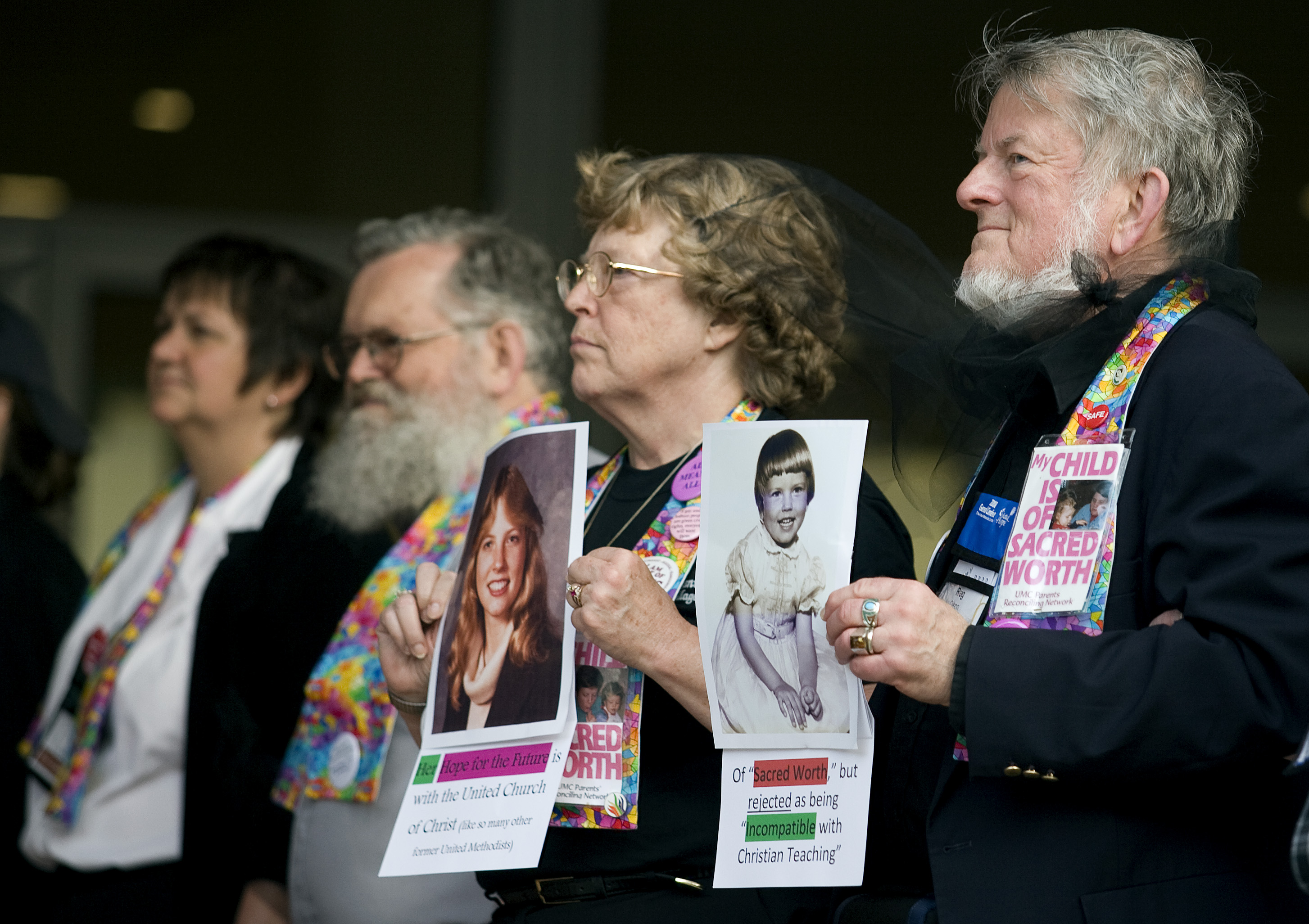 Leading cause of death

Suicide is the third leading cause of death for young people between the ages of 15 and 24, with gay teens up to four times more likely to attempt suicide then their heterosexual peers.

The risks increase on college campuses. The Centers for Disease Control and Prevention identifies suicide as the second leading cause of death there.

At the University of California-Davis, United Methodist pastor Kristin Stoneking is part of a team of faith leaders working with about 40 students living together in a multifaith residence hall.

Together the students, Christian and non-Christian, are "encouraged to bring everything they believe to the table," she said.

Stoneking is working with other faculty and staff at the university to host a "teach-in" to talk about the recent rise in suicides.

Students who live in the CA House Multifaith Living Community sign a covenant pledging to be open, compassionate and willing to grow. They also pledge to share their faith with the community but refrain from trying to convert others to their way of believing.

"Church in general, including The United Methodist Church, as well as our state and national government, help perpetuate the pain," George said.

But many United Methodist churches are open and welcoming, he added.

"While I don't love many things about the current policies of the church, I do love that even among those policies there is room for difference. I love that there can be those differences and we can still be United Methodist, and that is one of the reasons I stay."

What is the United Methodist position on homosexuality?