Each of the schools noted they gain “immeasurable benefit” from the contributions of diverse students, faculty and scholars.

Trump’s order to ban people from seven majority Muslim countries was stopped with legal action by a federal appeals court on Feb. 10. The president plans to appeal the ruling, which he defended during a press conference this week, saying the U.S. cannot “let the wrong people in.”

However, when the executive order went into effect, the 90-day suspension left some university members — including two at Duke University — stranded abroad. Others were unable to leave the United States to travel to their homes and families, and the order prevented some from research or other academic pursuits.

Duke currently has 41 individuals enrolled as students or employed as postdoctoral fellows or faculty from the seven countries affected by the ban. 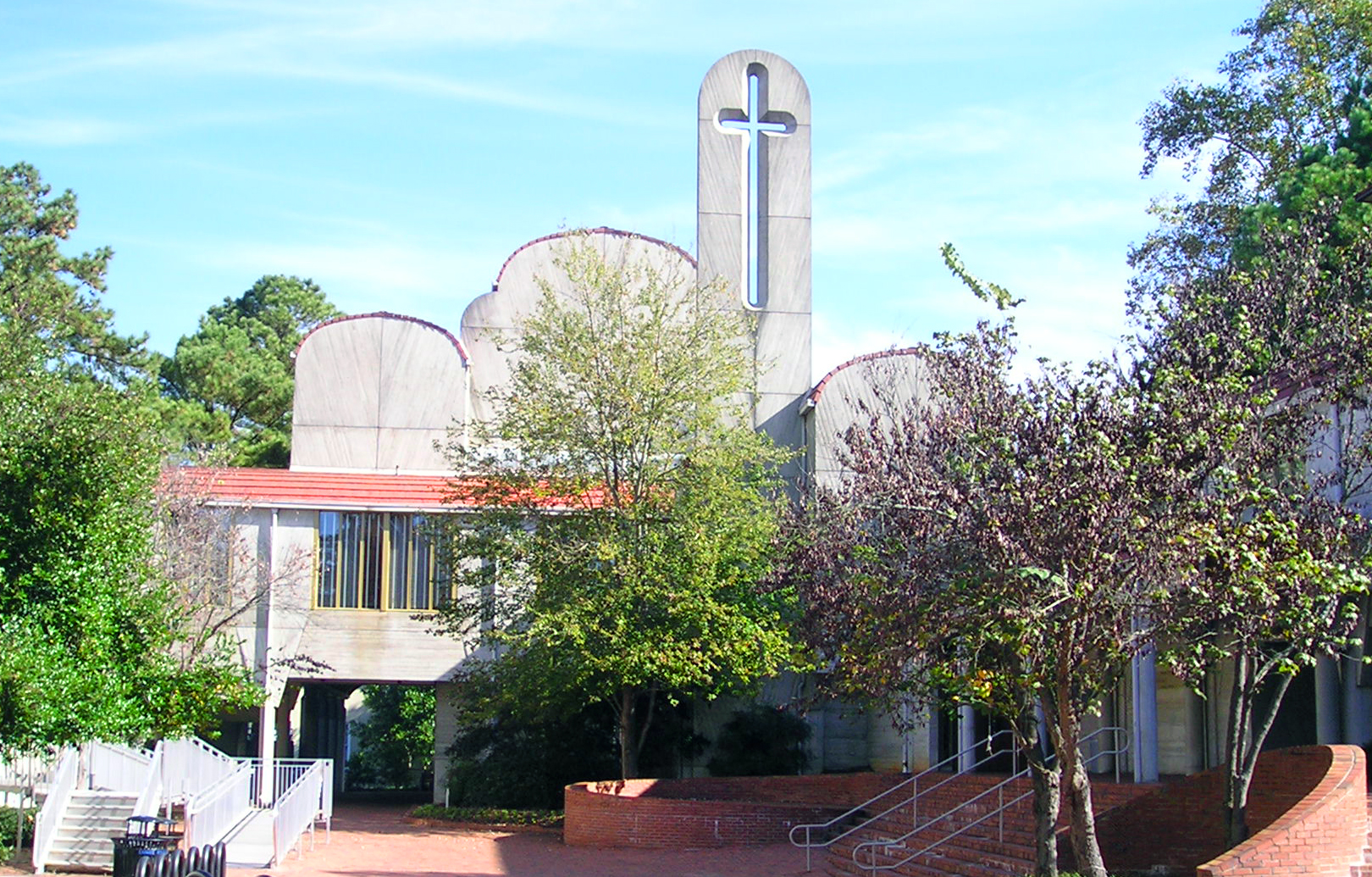 A view of Cannon Chapel at Candler School of Theology, at Emory University in Atlanta, Ga. Thirty-four percent of Emory’s 944 full-time research staff are nonresident aliens. Photo by Revesq, courtesy of Wikimedia Commons.

The brief was filed in United States District Court, Eastern District of New York, on Feb. 13.

Emory President Claire E. Sterk and Duke President Richard H. Brodhead also joined more than 40 other college and university presidents in sending a letter to Trump on Feb. 2 asking him to rescind the immigration orders.

Sterk noted her participation in the letter in a message emailed to the Emory community on Feb. 6.

“Emory University is a safe harbor for students and faculty regardless of faith, nationality or background. I am incensed about the direct and indirect impact the current situation has on members of our community and pledge to continue our full support of all of our students — documented and undocumented — and work tirelessly against restrictions that impede the free flow of information and basic human rights.”