A diverse group of United Methodists, including about 60 clergy, gathered at Dallas police headquarters to raise concerns about the handling of a white police officer’s fatal shooting of a young black man in his residence.

“This is not about a rush to justice,” said the Rev. Edlen Cowley, organizer of the Sept. 19 event and president of the North Texas Conference African American Clergy Fellowship. “This is about Lady Justice and wanting to see that justice happen.”

Cowley and a white colleague, the Rev. Abril Goforth, led a hymn-singing march to the nearby apartment complex where the killing occurred.

“I can no longer remain silent … I stand for young African-American men who continue to live in a world fraught with danger, and I stand with their mothers, who live in terror,” said Goforth, pastor of First United Methodist in Lewisville, Texas, in remarks before the march.

Amber Guyger, a four-year veteran of the police force, shot and killed Botham Jean on the evening of Sept. 6 at the Southside Flats apartment complex.

Guyger, who had finished a long shift, immediately reported the incident. She said she mistakenly entered the apartment thinking it was her own, noticed a figure she thought was a burglar, called out a command which was ignored and fired twice.

The officer’s apartment was directly one floor below Jean’s.

Jean, a 26-year-old native of the Caribbean island St. Lucia, was a risk insurance associate at PricewaterhouseCoopers, and active as a song leader at Dallas West Church of Christ.

A delay in Guyger’s arrest, her charge of manslaughter rather than murder and her having been placed on administrative leave rather than being dismissed have led many to accuse authorities of preferential treatment for the officer.

Some have seen the release of a search warrant showing marijuana in Jean’s apartment as an effort to besmirch him, though police and the media have noted that such documents are routinely reported public records. 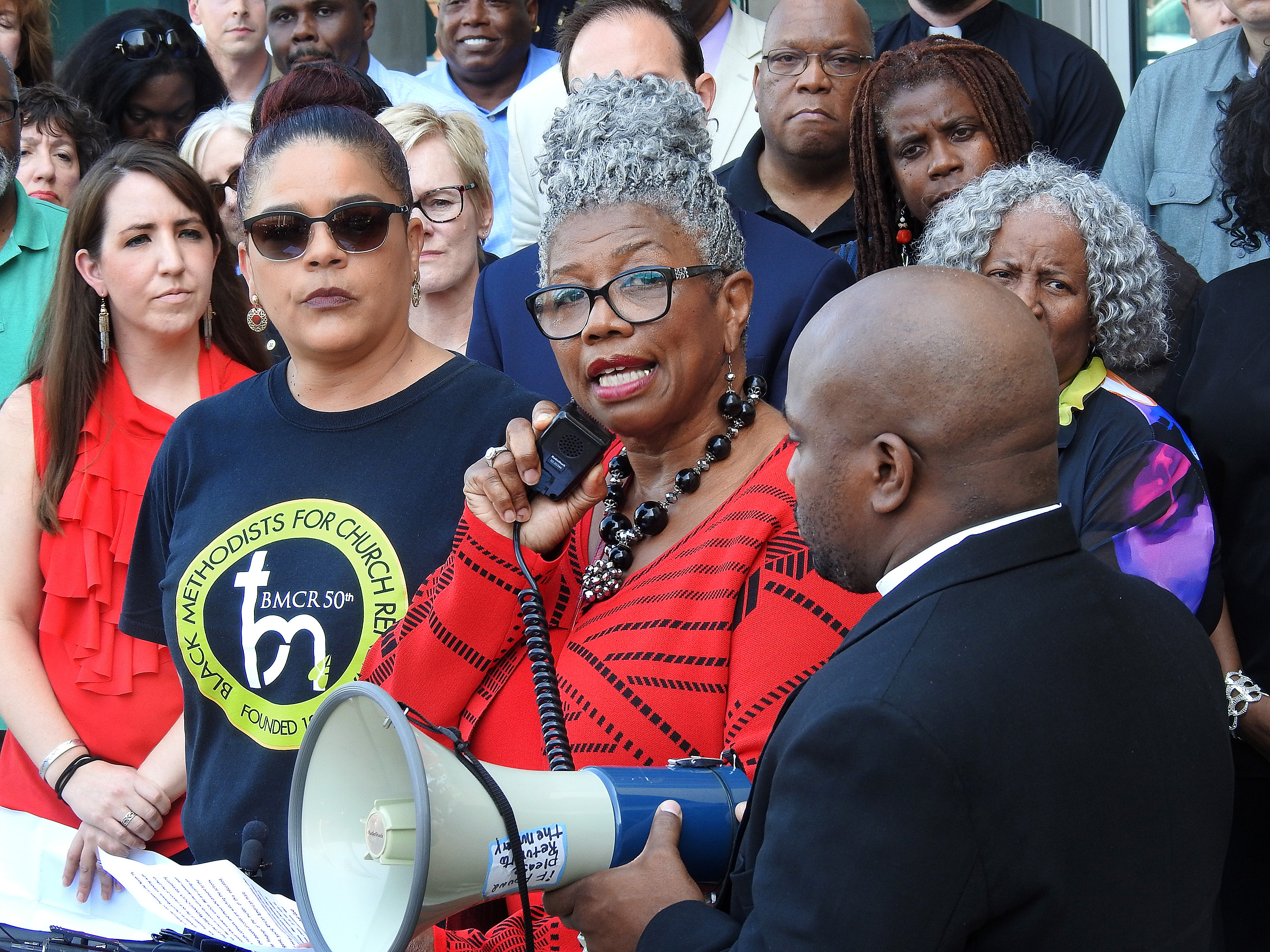 The killing and its aftermath have drawn national media coverage and raised tensions in Dallas, prompting a range of rallies and marches.

Some high-profile Dallas clergy, including United Methodists, recently signed a commentary published in the Dallas Morning News, which began: “In our city’s current tragedy, we believe that Officer Amber Guyger’s blue uniform should grant her no advantage in the current investigation and upcoming prosecution.”

Cowley, who has a cross-cultural appointment as pastor of Fellowship United Methodist Church in the suburban community of Trophy Club, Texas, organized not only the United Methodist march but also a letter signed by more than 100 North Texas Conference clergy.

The letter, addressed to Dallas County District Attorney Faith Johnson, Dallas Mayor Mike Rawlings and Dallas police Chief U. Renee Hall, called for Guyger to be prosecuted “to the full extent of the law.”

The signers said they side with Jean’s mother, Allison Jean, in calling for a full accounting of the incident.

“The impact of Mr. Jean’s killing is growing, particularly in our churches and communities,” the letter said. “Our African-American youth and young adults are understandably upset as they now feel that if Mr. Jean can be killed in his own apartment, they may not even be safe in their own homes.”

The letter also promised prayers for Guyger, her family and the investigating authorities, which have included the Texas Rangers.

Cowley said the United Methodists’ letter and march were an important witness. Speakers before the march included African-American, white and Hispanic clergy.

“It’s a very intentional opportunity for the diversity of The United Methodist Church to be on display,” he said.

Lewis joined in the march and offered remarks.

“As the investigation continues, we will have patience and we will have vigilance, because injustice can rear its head at any turn,” Lewis said.

“We will support the district attorney and her team and the city leadership, and we will be watching. We will be looking for the highest standards of ethics and professionalism as they pursue this case.”