The Rev. Woodie W. White was in Detroit. The Rev. Melvin Talbert was in Los Angeles. The Rev. Gil Caldwell was in Chicago. And Clara Ester was in the parking lot of the Lorraine Motel in Memphis on the day the Rev. Martin Luther King Jr. was assassinated.

All of these United Methodists leaders walked with King while he was alive and many more are inspired by his life today.

April 4, 2018, marks 50 years since the Baptist preacher and civil rights giant was assassinated while in Memphis, where he had gone to support black sanitation workers striking for better working conditions. 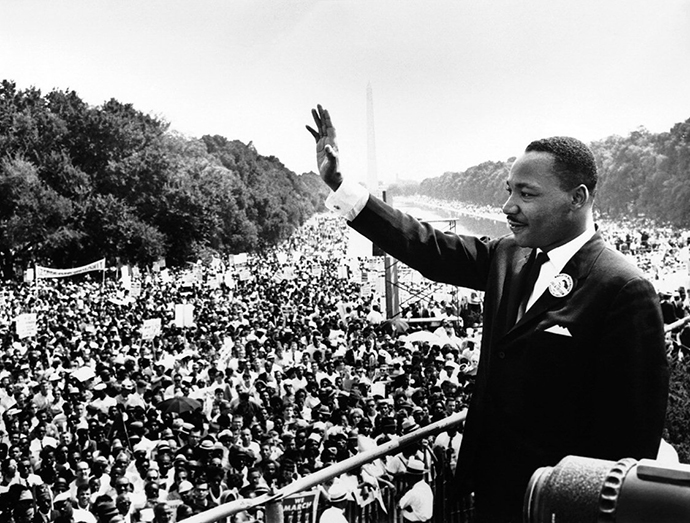 The Rev. Martin Luther King Jr. addresses the crowd from the steps of the Lincoln Memorial where he delivered his famous “I Have a Dream” speech during the Aug. 28, 1963, march on Washington, D.C. Photo by the United States Marine Corps.

Ester was a college student and a member of Centenary Methodist Episcopal Church, where the Rev. James Lawson was pastor. Lawson was one of King’s foot soldiers in the civil rights movement and had invited King to come to Memphis to speak to the sanitation workers and lead a march.

“Dr. King came into the city early — April 3, 1968 — and he met with ministers. It was thundering and lightning,” Ester remembers in an essay she wrote for United Methodist Women. He was invited to speak at Mason Temple, Church of God in Christ, which would seat thousands, she said.

She remembers King’s words that night: “If I had been given a choice of which century to be born in, it would be this one.”

The next day Ester was pulling into the parking lot at the Lorraine Motel when she heard a blast “like a truck backfiring.”

“It was gunshot. I saw Dr. King thrown up in the air and then back down, hitting the pavement. My friend Mary Hunter and I took off running up the stairs toward him. He was breathing but very slowly. I unbuckled his belt to help. His eyes were open. On the side of his head and neck was a pool of blood,” she writes.

That day marked her for life, she said.

“Today, there’s no kind of injustice — gay rights, immigration rights, whatever — that I don’t feel obligated to address.” 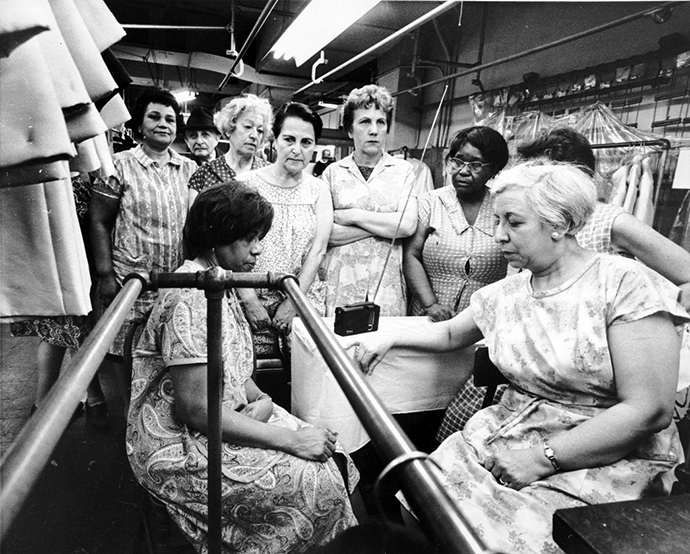 The Rev. Woodie White was a United Methodist pastor appointed to urban ministry in the Detroit Conference in 1967 just as the riots broke out.

“I was literally moving into my new residence that Sunday,” he said. He had started a program called Bridges, which was his attempt to bridge the gap between black inner-city Detroit and white suburban Detroit. 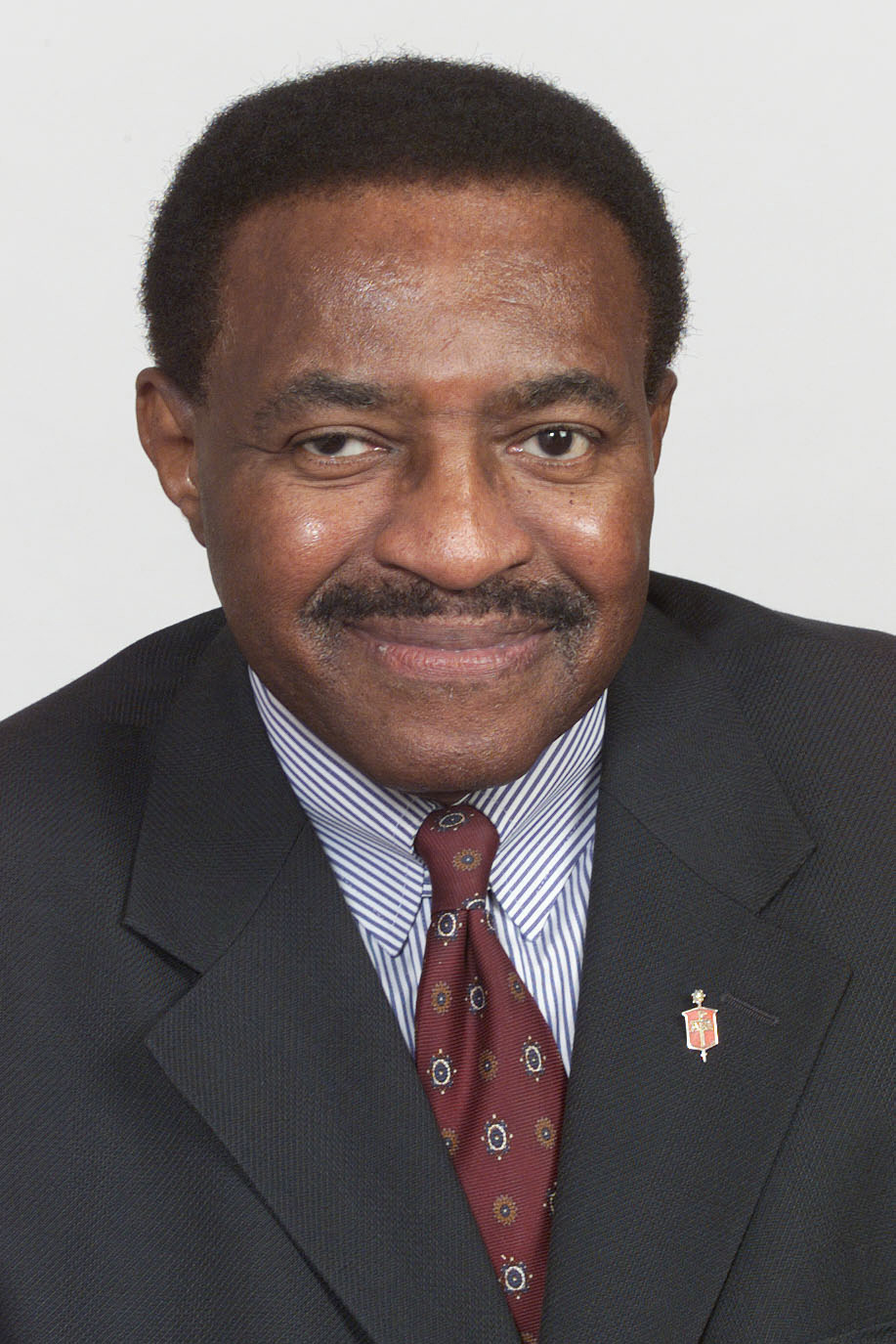 “I was devastated and I was alone,” he said. He was unsure what to do but decided to continue to the church where he preached his prepared sermon.

“When I got there I quickly picked up the people at the church had not heard the news. I was in a quandary, I was filled with all these emotions — bitterness, sadness. I closed by announcing Dr. King had been assassinated,” he said.

The congregation was also devastated and tried to console me, he said. “All of the emotions I had been holding and unable to express, let loose.”

The next day the pastor called and told White the church had taken up a collection to pay for him to travel to King’s funeral.

“It was a time of many emotions, but mostly there was a sense of community. I did not get bitter — as I was about to become — because I was surrounded by so much love and support. I remember that time very vividly.”

White was elected a bishop of The United Methodist Church in 1984. He retired in 2004 and now teaches at Candler School of Theology at Emory University in Atlanta. 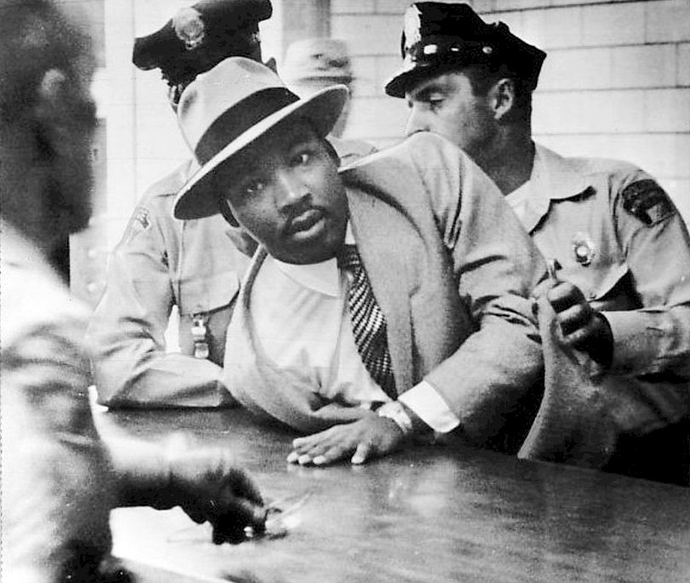 The Rev. Martin Luther King Jr. is arrested in Montgomery, Alabama, for "loitering" in a 1958 image by Charles Moore for The Montgomery Advertiser. Photo by the Associated Press (eBay front back) [Public domain], via Wikimedia Commons.

The Rev. Melvin Talbert was at home watching the evening news when he learned of King’s death. He was pastor of Hamilton Church in Los Angeles and on the conference staff of what was then the Southern California-Arizona conference. He had been asked to speak at Wilshire Methodist Church on Palm Sunday.

“I began by saying, ‘We are celebrating two Kings this morning.’ I talked about what King meant to me, what he meant to the nation.” 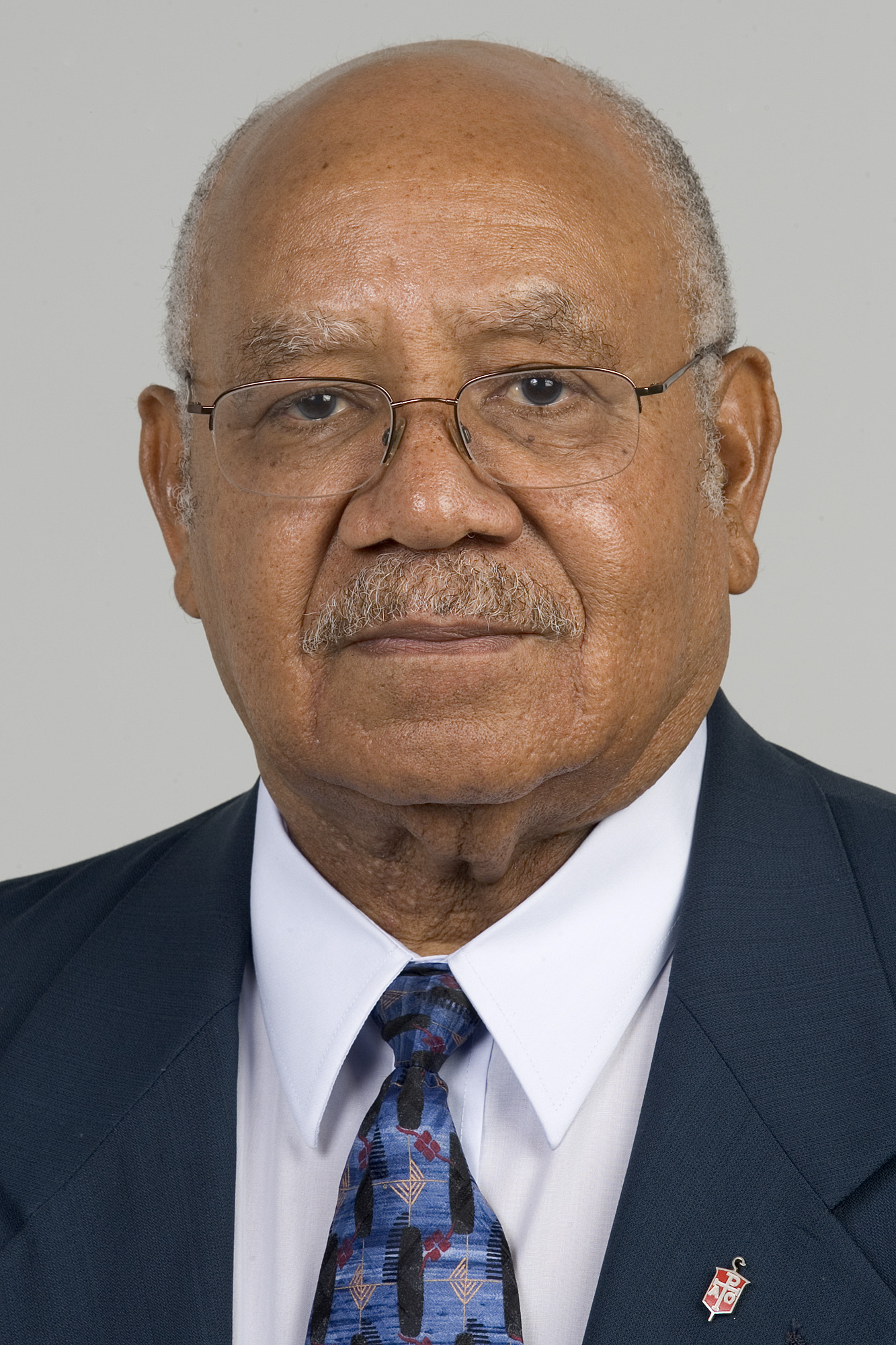 He said he was concerned about next steps in the movement but never expected the riots, the violence that followed.

Talbert met King in 1960 while a seminary student at Interdenominational Theological Center in Atlanta. King had been invited to join students in protesting Jim Crow segregation laws with sit-in demonstrations at lunch counters.

"We were arrested and went to jail," Talbert said. "I spent three days and three nights in jail with him."

"After finding out George Wallace and I were both Methodist, King said, 'Mel, you know better because George Wallace is a Methodist, and whether you like it or not, he is your brother.' That was a sobering moment for me."

Talbert was elected bishop of The United Methodist Church in 1980 and retired in 2000. He later served as ecumenical officer for the Council of Bishops and traveled around the world in that role. He is known for his commitment to racial, gender and sexual orientation inclusiveness. 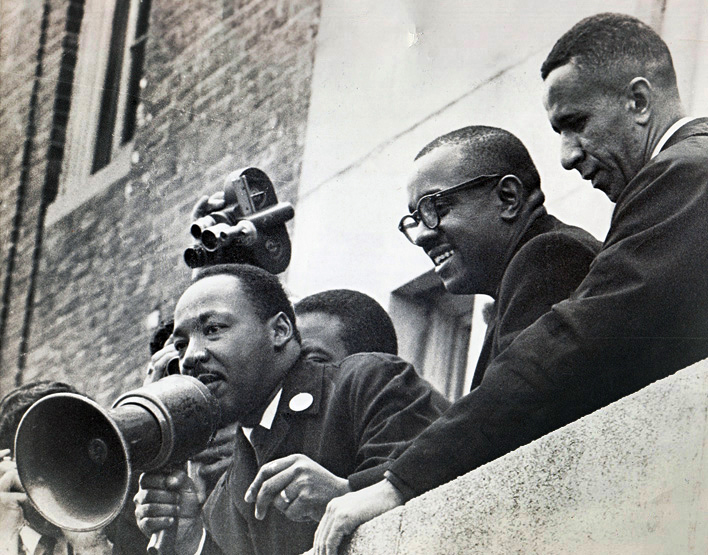 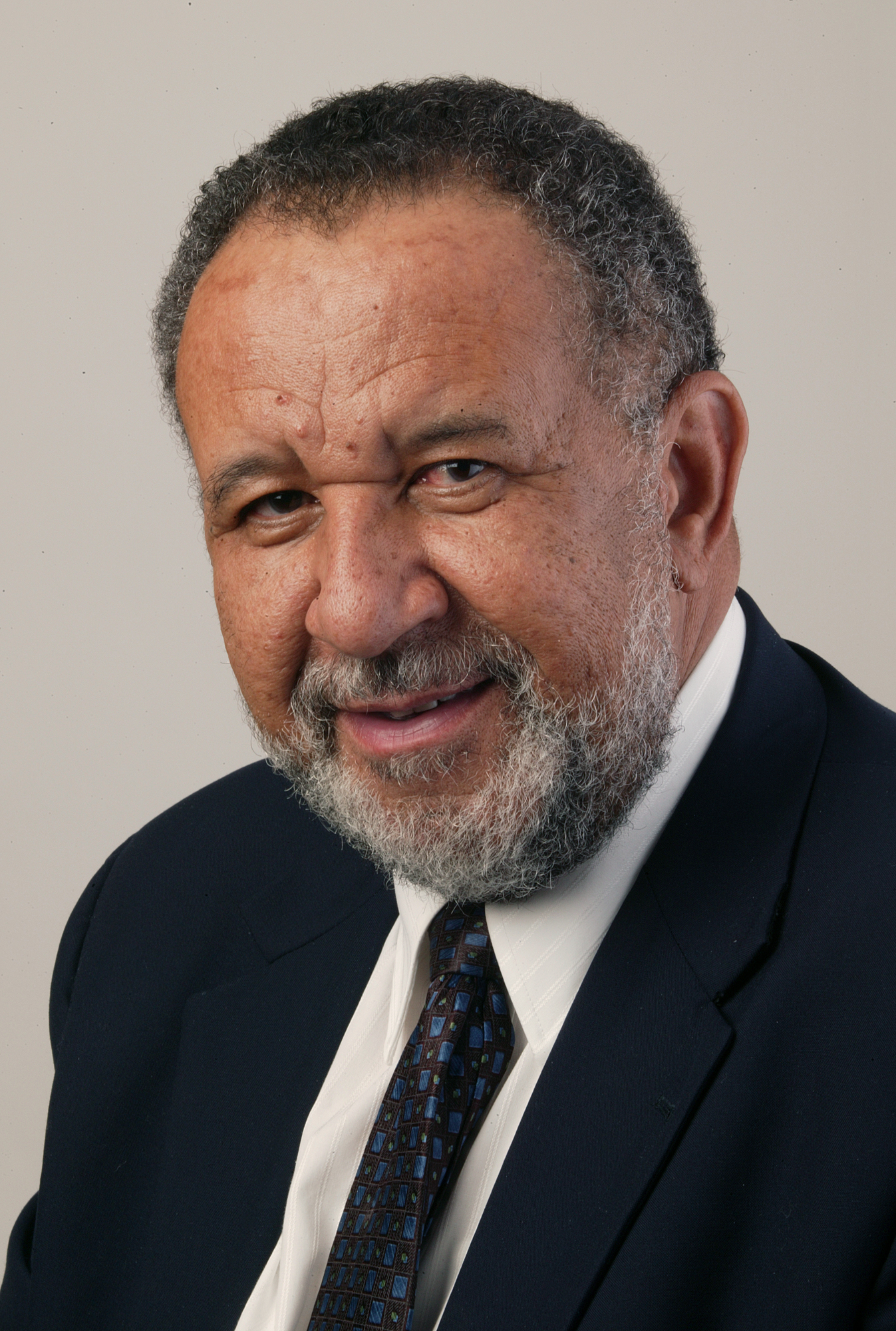 The Rev. Gil Caldwell was attending a meeting of the National Conference of Black Churchmen in Chicago when he received the news of the assassination.

“The impact the news had on us was indescribable. We prayed and as we prayed we heard the noise of police cars as they rushed to the places where fires were burning in Chicago. We knew that we as preacher activists needed to return to our cities to seek to quell the anger, and the violence the anger precipitated,” he said.

Caldwell returned to Boston to work on restoring peace while wondering, “How could America allow Martin Luther King, our nation’s apostle of nonviolence, to be killed in Memphis?”

Caldwell continues to advocate for justice. He is a retired elder and member of the Rocky Mountain Conference. He is a former member of the board of the African-American Methodist Heritage Center. 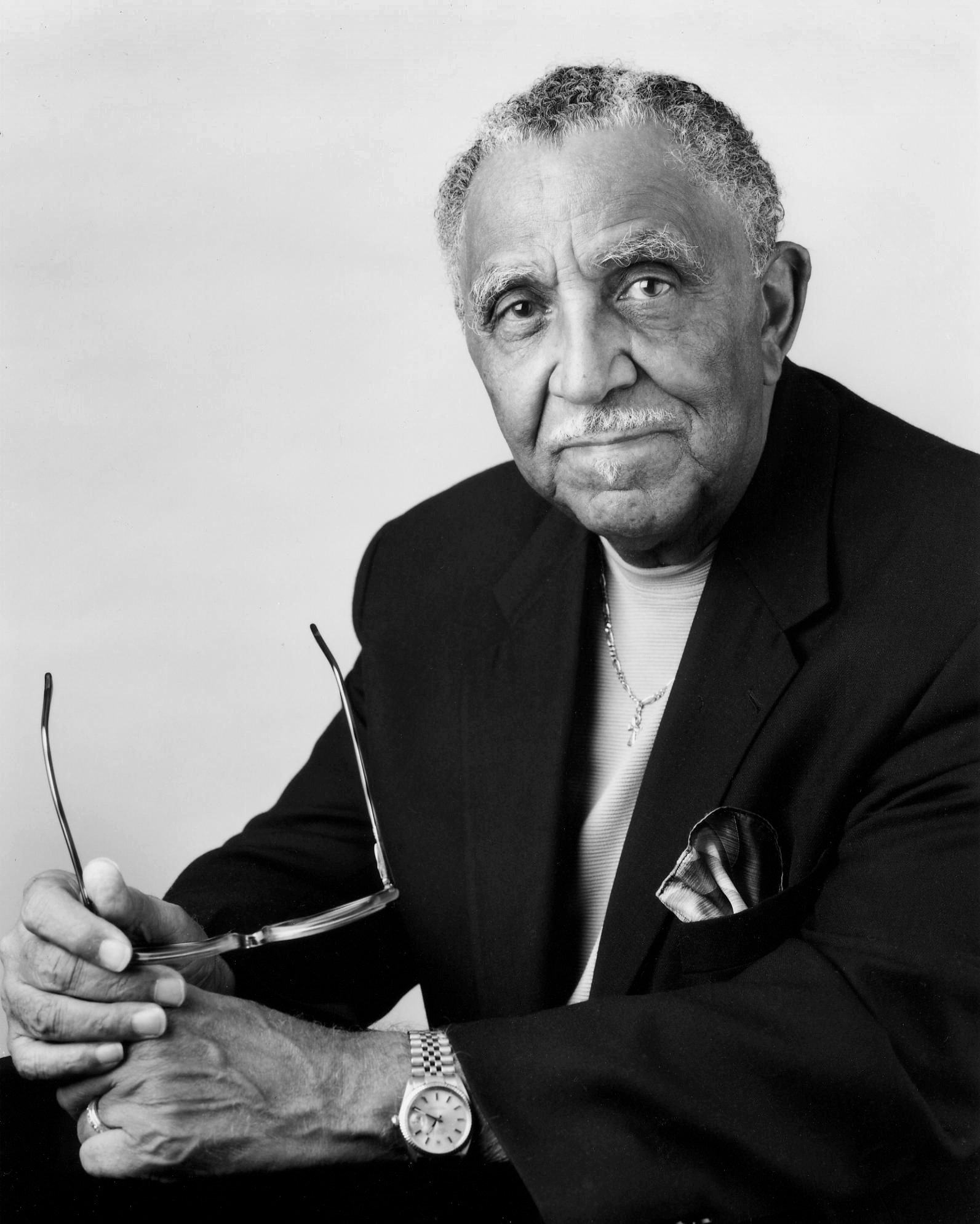 Other United Methodists who walked with King include the Rev. Joseph Lowery, who co-founded the Southern Christian Leadership Conference with King in 1957. He served as president and chief executive officer from 1977 to 1998.

Lowery led the prayer at a memorial service for King on the third day of the Uniting Conference of The United Methodist Church on April 25, 1968.

He began with these words: “O Lord and Father of us all, we bow here in loving memory of our friend, our brother, apostle of love, leader of legions whom Thou hast suffered to be removed from us, by the cruel and ugly monster of hatred and bigotry. And yet, O Lord, we believe that this nation and this world are better places because he lived.”

Lowery retired in 1992 but continues to fight against social injustice in Atlanta. He delivered the benediction for President Barack Obama in 2009 and was awarded the Presidential Medal of Freedom later that same year. 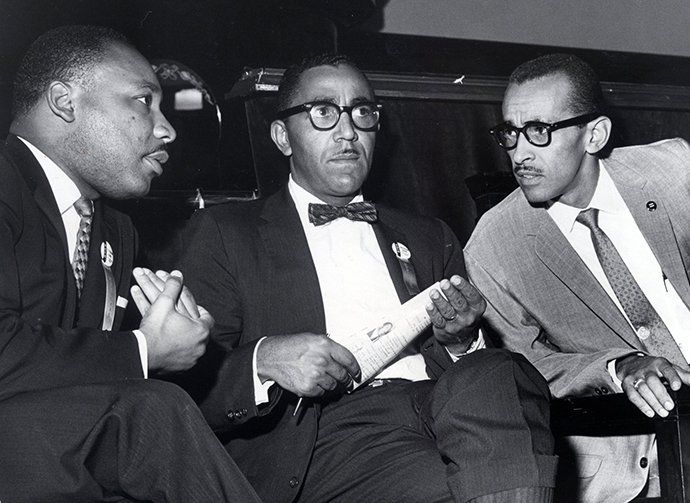 The Rev. James Lawson met King in 1957 and played a prominent role in the civil rights movement. Lawson saw King shortly before the civil rights leader was slain and he participated in the investigation into the assassination. In the spirit of his friend, Lawson talked to James Earl Ray, the accused killer, on many occasions. He even performed Ray’s jail-cell marriage and, later, his funeral service. 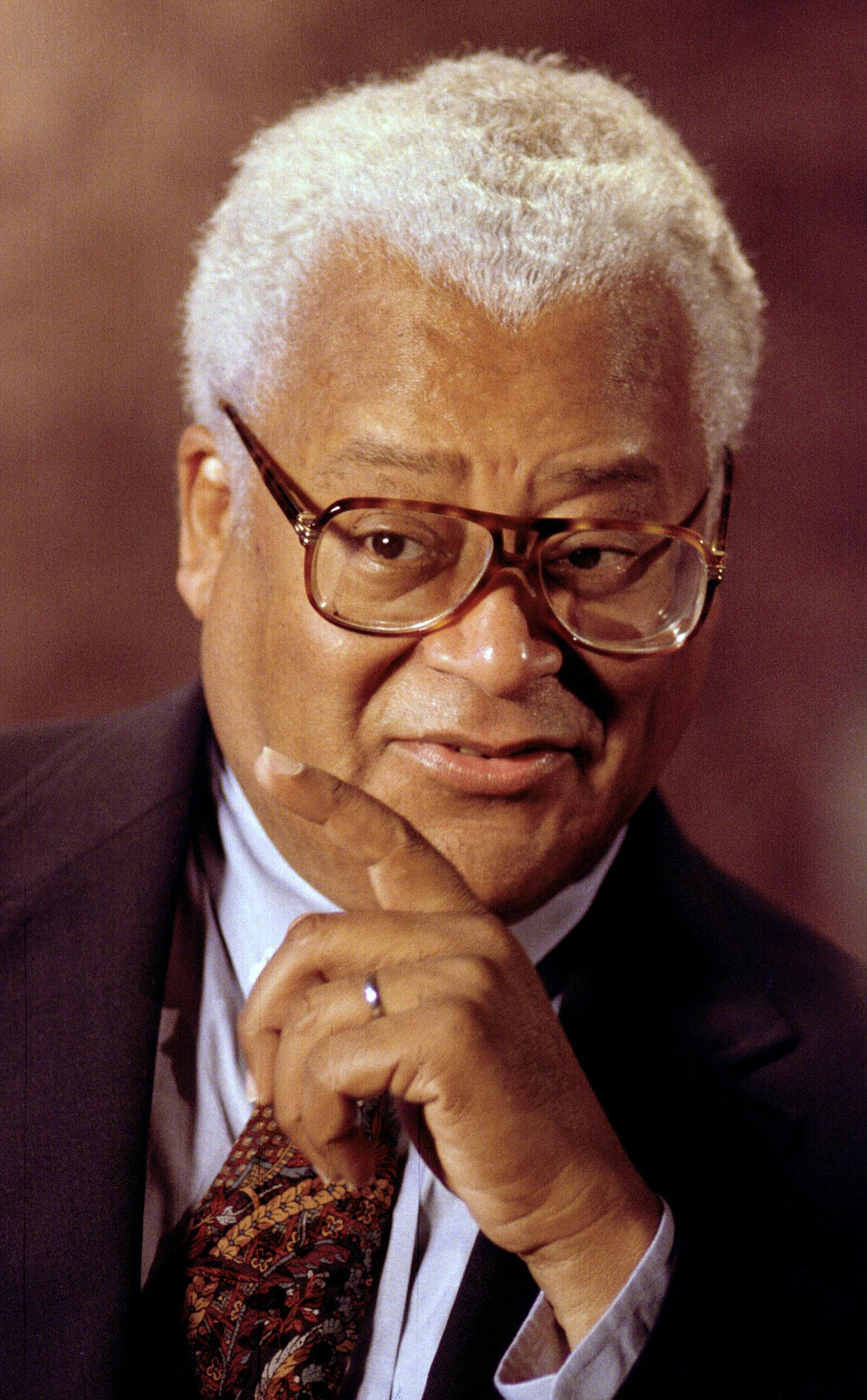 As the years go by, some of those who walked with King are now deceased. Among them are Dorothy Height, former president of the National Council of Negro Women; United Methodist Bishops James Thomas and Felton May; and Marilyn Clement, a white civil rights advocate who became director of the Center for Constitutional Rights.

White said there is still much to be accomplished, but looking back over the past 50 years he sees achievements in improving race relations in the United States.

“One observation I have made is wherever I go, to the university, hospital, shopping, etc., I can never predict the race of the person who is going to be helping me. I don’t know when the door opens if it is going to be an African-American doctor, or the race of the professor. These are significant faces of our nation. Now if only our hearts could reach that place.”

Looking forward at what still needs to be achieved could be discouraging, he said, but looking back is encouraging.

“We are going to do better and be better because we have already proven that we can.” 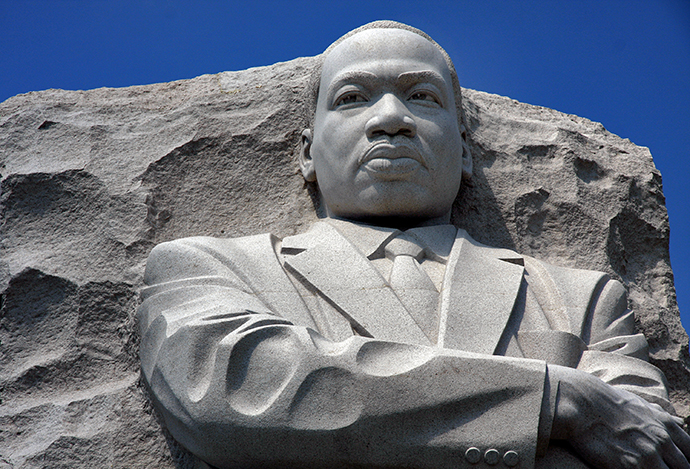