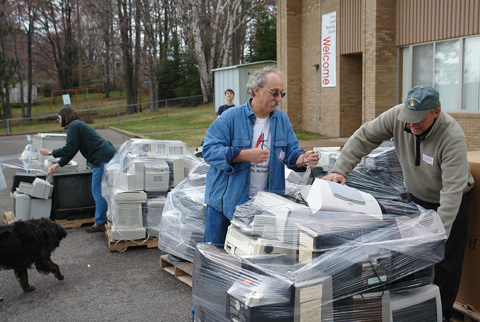 Before you pick up that iPhone, have you thought about what quality-of-life consequences it might have for one of your "neighbors" on another continent?

Rebel militaries in war-torn nations like the Democratic Republic of Congo profit from industries that mine for the gold, tungsten and tin used in many electronic devices. The violence perpetuated by these groups has led these substances to be called "conflict minerals."

Jesus expanded the idea of neighbor to include the world, said John Hodges, 26, on staff with the United Methodist Young People's Ministries. "Our smallest actions — from what we eat, to what we buy — can affect the planet and the quality of life of people across the world."

For many young people, caring for the Earth is second nature. Their voices were important as church officials worked on "God's Renewed Creation: Call to Hope and Action," the first official statement on environmental issues adopted by the church since 1986. Hodges represented the "young adult voice" on the writing team.

The United Methodist Council of Bishops endorsed the document and wrote a pastoral letter urging all congregations to read it and to renew their commitment to God's creation.

The bishops added teeth to their endorsement by making nine pledges to commit themselves as faithful leaders in the denomination and in their own communities.

"As bishops we know that critical issues of the day have left people feeling fearful, cynical, hopeless and overwhelmed," said Bishop Gregory Palmer, president, Council of Bishops. "The document contains our pledges to work in hopeful and robust ways for transforming change as God's stewards of creation. We invite the church and our partners around the world to join us." 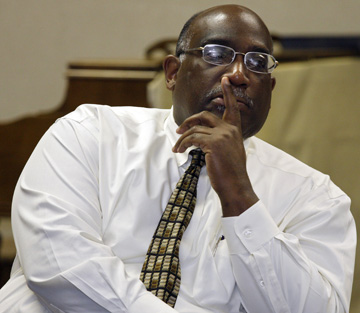 "The key point I would like young people to know is that this document comes out of listening and seeing the witness of young people," Hodges said. "The bishops have seen the zeal for which young people approach these issues and have committed themselves to taking the same steps toward protecting God's creation as young people across the world."

Bishop Patrick Streiff, Central and Southern Europe, a member of the task force, said the document was a message of hope.

"The document really takes seriously the suffering caused by the harm we do to God's creation," Streiff said. "It speaks out of our faith rather than a reaction to fear."

"I think our churches should be the first to push the envelope in terms of reducing our carbon footprint. If every church 'got off the grid' by installing solar panels or using wind energy (for example), had community gardens to grow food and flowers for decorations ... the world would be a different place," said Molly Harper Haines, 27, another young adult who offered feedback on the document.

"Most churches already encourage people to give to anti-poverty or peace issues or have food kitchens, but the environmental responsibility seems lacking," she added.

The Book of Resolutions of The United Methodist Church designates one Sunday each year-preferably the Sunday closest to Earth Day-as a Festival of God's Creation, "celebrating God's gracious work in creating the earth and all living things."

Each year, the United Methodist Board of Church and Society, working with the National Council of Churches Eco-Justice Working Group, produces Festival of God's Creation materials to help congregations celebrate and promote stewardship of God's creation.

"God's Renewed Creation: Call to Hope & Action," www.hopeandaction.org, offers resources and social networking capabilities to enable United Methodists to engage with the Council of Bishops in addressing issues of pandemic poverty and disease, environmental degradation, and the proliferation of weapons and violence.

Abingdon Press has released "Green Church" resources for all ages so congregations can work together to take action as stewards of the environment.

The United Methodist Board of Discipleship offers worship resources for Earth Day at its website.

The Upper Room has published a new book, "Earth Gospel: A Guide to Prayer for God's Creation" by Sam Hamilton-Poore.

"Women taking the lead to save our planet" bulletin inserts and litanies are available through the United Methodist Commission on the Status and Role of Women's website.

Facing up to the crisis caused by neglecting the Earth will take more work than just recycling and banning plastic foam cups, said the Rev. Rebekah Simon-Peter, author of "Green Church."

"Those things are what I call 'light green.' It's time to step up and go 'deep green.'"

Going deep green means getting at the root causes of pandemic poverty and disease, environmental degradation and a world full of weapons and violence.

"If we could get behind some of those crises and ward them off, I think that is something young people would really be interested in."

Simon-Peter said she was excited about the bishop's call to renewal. "But I wish it went a little further," she said. "It is up to local congregations to begin to implement it."

One way congregations can encourage and involve young people is through Mother Earth mission trips such as cleaning a river or planting trees, she said.

"Young people are looking to us to step up to the plate and create those opportunities for them to go and do what we talk, talk, talk about."

The older generations caused the mess, but it will require help from young people to fix it, she said.

"One thing I want to tell the kids is: this is not your fault, and it is not your responsibility."

Church should be the place where people learn to live their lives as Christ did, Haines said.

"When was the last time we talked about how Jesus would view the climate crisis we're facing? How would Jesus treat the planet? What would he think if he saw the amount of oil we use and how we fight over these resources?"

Even the smallest actions when carried out with the weight of The United Methodist Church behind it would go a long way toward protecting God's creation, Hodges said.