Christy Obiageri Ogbuehi, a member of Hamilton Park United Methodist Church here, has a plea for President Trump regarding Africa and specifically her native country of Nigeria.

Obguehi is one of many United Methodists in the U.S. and beyond who criticized Trump’s reported use of a vulgarity and the overall tone and substance of his remarks about African countries and Haiti during a private a White House meeting last week with senators trying to reach a bipartisan immigration deal. 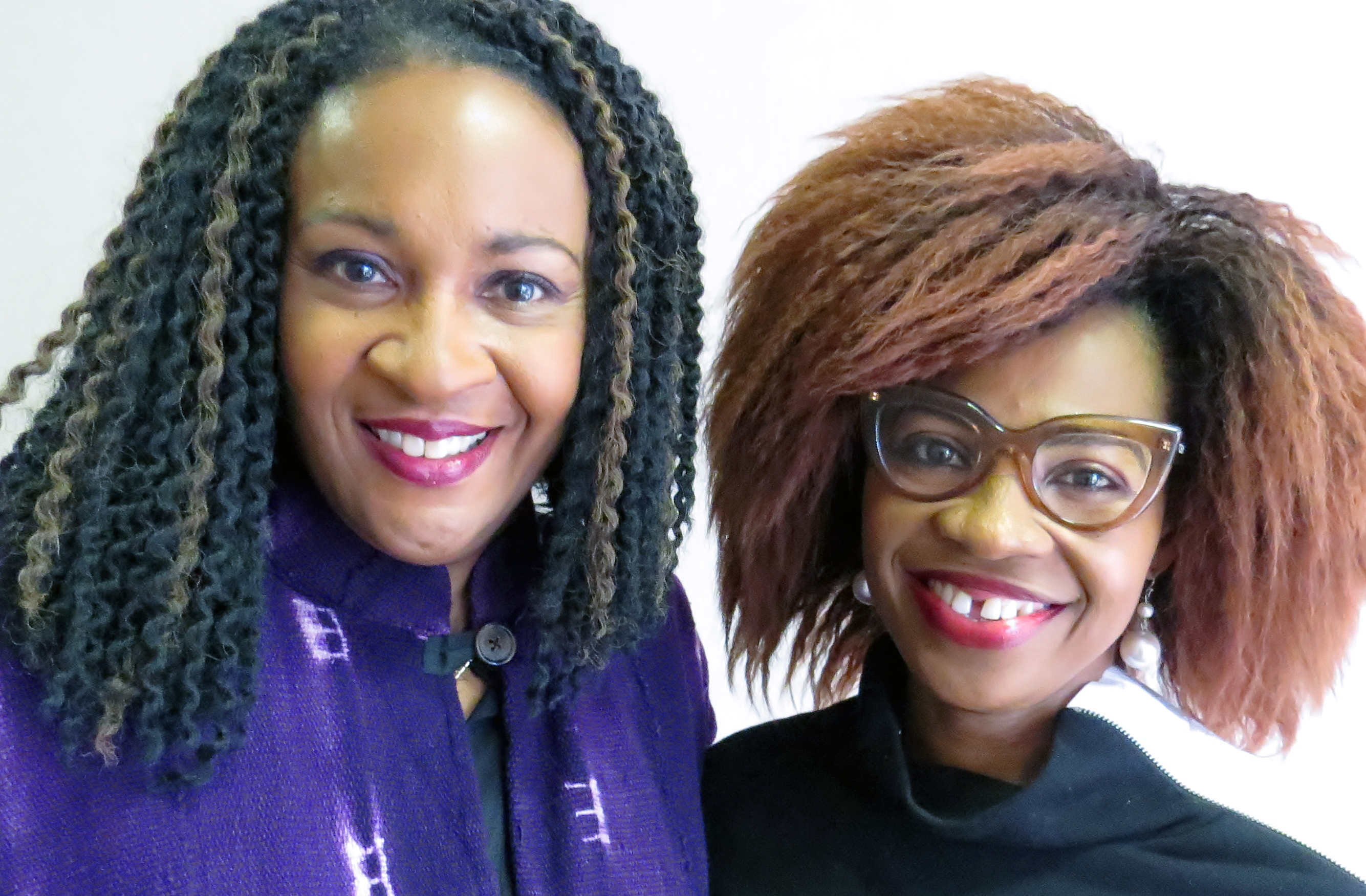 “As reported, President Trump’s words are not only offensive and harmful, they are racist,” the council said in a statement released by its president, Bishop Bruce R. Ough. “We call upon Christians, especially United Methodists, to condemn this characterization and further call for President Trump to apologize.”

“I ask President Trump to revise his words … that we can live in harmony,” the Congolese pastor said.

The Washington Post was the first to report that Trump, in the Jan. 11 meeting, argued the U.S. should look to countries like Norway for immigrants, not to African countries.

“Why are we having all these people from (expletive) countries come here?” Trump said, according to the newspaper’s unnamed sources.

The Post also reported that Trump said Haiti should not be a part of an immigration deal.

“Why do we need more Haitians?” the newspaper quoted Trump.

But Sen. Dick Durbin, a Democrat from Illinois, was in the meeting and verified the reporting.

“In the course of his comments, (Trump) said things which were hate-filled, vile and racist,” Durbin said.

Durbin also said that South Carolina Republican Sen. Lindsey Graham was in the meeting and stood up to Trump about the language.

“Following comments by the president, I said my piece directly to him,” Graham said in a statement. “The president and all those attending know what I said and how I feel.” 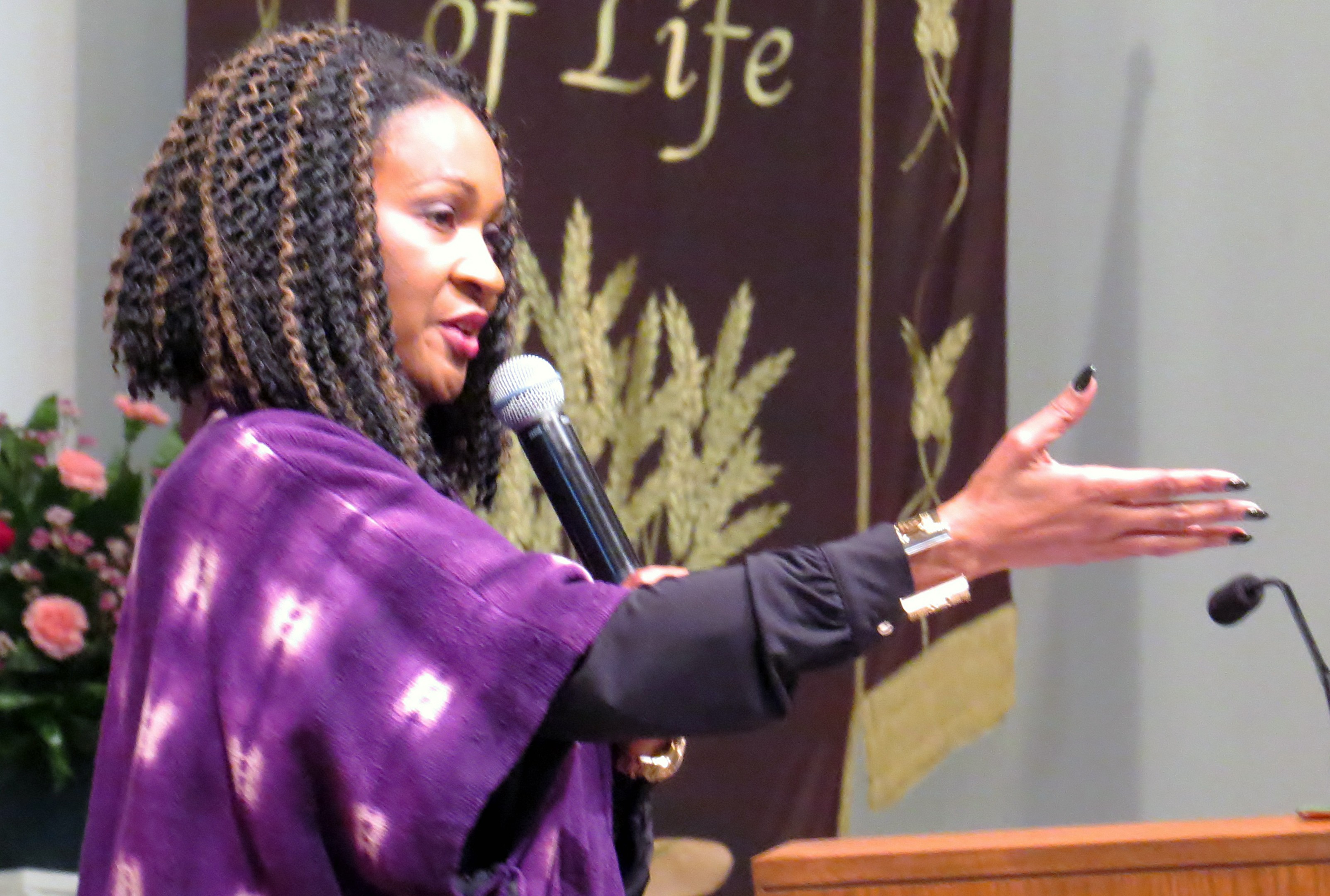 The Rev. Sheron Patterson, pastor of Hamilton Park United Methodist Church in Dallas, took to the pulpit on Jan. 15, 2017, and criticized President Trump for his reported remarks about African countries and Haiti. Photo by Sam Hodges, UMNS.

The Wesleyan Covenant Association, an unofficial evangelical caucus of the denomination, issued a statement saying in part: “Because of the specific and pointed comments directed at African nations and Haiti, we repudiate the recent remarks attributed to President Donald Trump. We join with legislators from both parties who believe that these words are unworthy of the office of the President. “

The Rev. Susan Henry-Crowe, top executive of the United Methodist Board of Church and Society, was with other denominational agency leaders at Lydia Patterson Institute, a United Methodist school in El Paso, Texas, when Trump’s reported remarks began to spread.

She said she considered it “particularly shocking” to get the news there, given the school’s long history of educating impoverished students from both El Paso and Ciudad Juárez, Mexico, just across the border.

Henry-Crowe also said: “I have been blessed to travel to many communities and countries in Africa, the Caribbean and Central America during my life and work in The United Methodist Church. The comments made by President Trump could not be farther from the truth. And labeling white people (or predominantly white countries) as superior is racism. Plain and simple.”

The United Methodist Commission on Religion and Race condemned the reported remarks and Thomas Kemper, top executive of the denomination’s Board of Global Ministries, shared his concerns with the Atlanta Journal-Constitution.

“(Trump’s) statement erodes trust in the United States in general and makes life and work in dangerous and volatile areas even more difficult,” Kemper said.

As of 2015, The United Methodist Church had 5.6 million members in its non-U.S. central conferences, with the overwhelming majority of those in Africa.

Many U.S. churches are active in mission work in Africa and Haiti, and the denomination founded and continues to support and operate Africa University, in Zimbabwe. 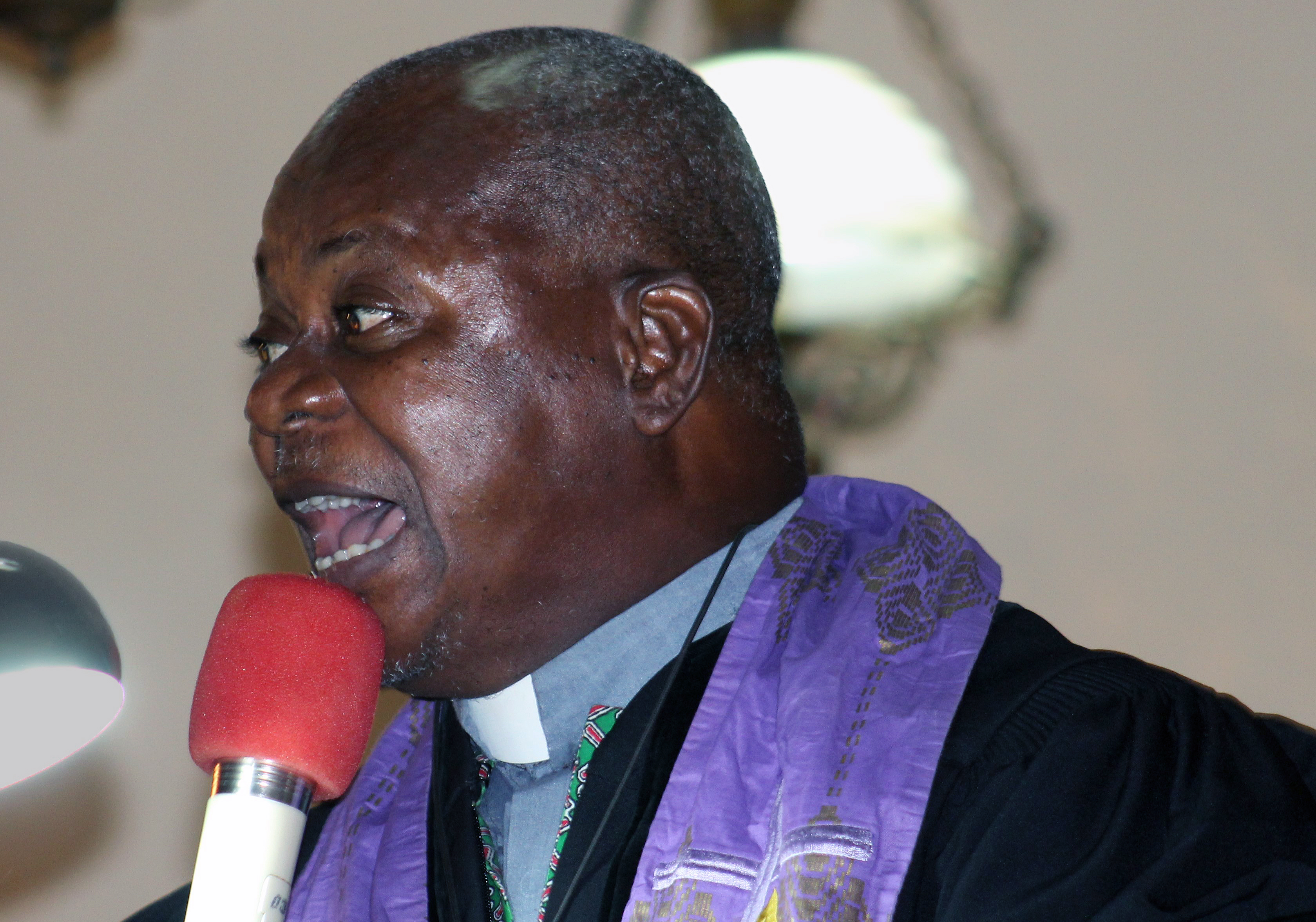 The Rev. Julius S. Nelson, a United Methodist pastor and educator in Liberia, said Africans should separate the American people from divisive rhetoric attributed to President Trump. "There are good people in America who see us as God's children and therefore believe that we are one," Nelson said. File photo courtesy of E. Julu Swen, UMNS.

Bishop L. Jonathan Holston of the South Carolina Conference underscored those connections in addressing the controversy.

“Thousands of South Carolina United Methodists have had the privilege to have served the people of Haiti, multiple African nations and many countries on several continents through mission work,” Holston said in a statement. “We have walked and lived among the inhabitants of these nations, and we know them to be children of God, worthy of our respect.”

“As a Norwegian, and as general secretary of the international fellowship in the WCC, I don’t accept that my country — or any country — is used in expressions to undermine the dignity of other people and other countries,” said the Rev. Olav Fykse Tveit.

Some United Methodists in Africa offered a different perspective on the controversy.

The Rev. Julius S. Nelson, a United Methodist pastor and educator in Liberia, encouraged Africans to separate the American people from Trump’s rhetoric.

“There are good people in America who see us as God’s children and therefore believe that we are one,” Nelson said.

The Rev. Sheron Patterson, issued a rebuke to Trump from the Hamilton Park United Methodist pulpit on Jan. 14. Then she asked all the African-born members in worship that day to the altar.

As the small group arrived to a standing ovation from the congregation, Patterson said: “Jesus loves you, God made you, we embrace you. We are with you 100 percent.”