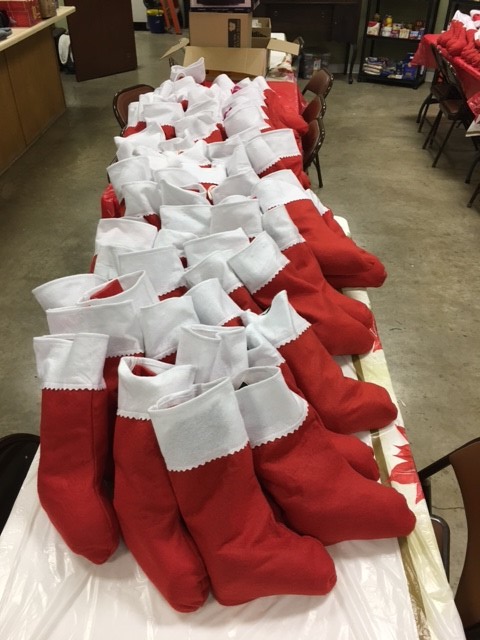 Even though the U.S. Army Corps of Engineers denied a construction easement under a dammed section of the Missouri River, temporarily halting the Dakota Access Pipeline, many members of the Standing Rock Sioux tribe and other protesters have chosen to stay at the camp to make sure construction does not continue.

“We sent out a call for help and raised nearly $5,000 to purchase toys, socks, gloves and basic items for cold weather,” said the Rev. David Wilson, superintendent of the Oklahoma Missionary Conference.

“People want to do what they can to be a part of this great effort, whether it be contributing money, praying, assembling the stockings, and more. It has been very affirming and heartwarming,” Wilson said.

Wilson, along with four church members, loaded up the stockings and other supplies in a U-Haul truck and drove 14 hours to the reservation. The stockings, designated for babies, children, youth, adults and elders, will be distributed later this month.

“A child from a family staying at the camp asked if Santa would be there this year,” said Jen Mattel, a Standing Rock Sioux tribal member. “I was happy to tell him yes.”

Water protectors began camping near the construction site in July after the Standing Rock Sioux took its first legal action to block the pipeline by filing a complaint against the U.S. Army Corps of Engineers over its permitting process.

The pipeline would carry a half-million barrels of oil daily from the Bakken oil fields in northwest North Dakota to Patoka, Illinois. The Standing Rock Sioux tribe says the pipeline would destroy sacred burial sites and threaten its water supply.

The Bureau of Indian Affairs is working with the tribe to make sure water protectors are safe during the winter weather.