“Amplify the gospel and not strife through radio and social media,” Bishop Gaspar João Domingos told the United Methodist Radio Network during its fourth annual meeting April 24-26 in Luanda, Angola.

His call comes in the wake of a surge in the spread of fake news on social media.

The gathering featured a mix of participants from countries with radio and those still visioning to have the radio stations.

“This year we sought to bring the two to the table to share experiences,” said Danny Mai, chief operating officer at United Methodist Communications.

Currently the United Methodist Radio Network has four radio stations in Africa: Voice of Hope (Côte d’Ivoire), Radio Kairos (Angola), ELUM 98.7 (Liberia) and Radio Lokole (DRC). The Philippines operate Radio Wesleyan, which is within the Wesleyan University Philippines, the only United Methodist campus in the country. 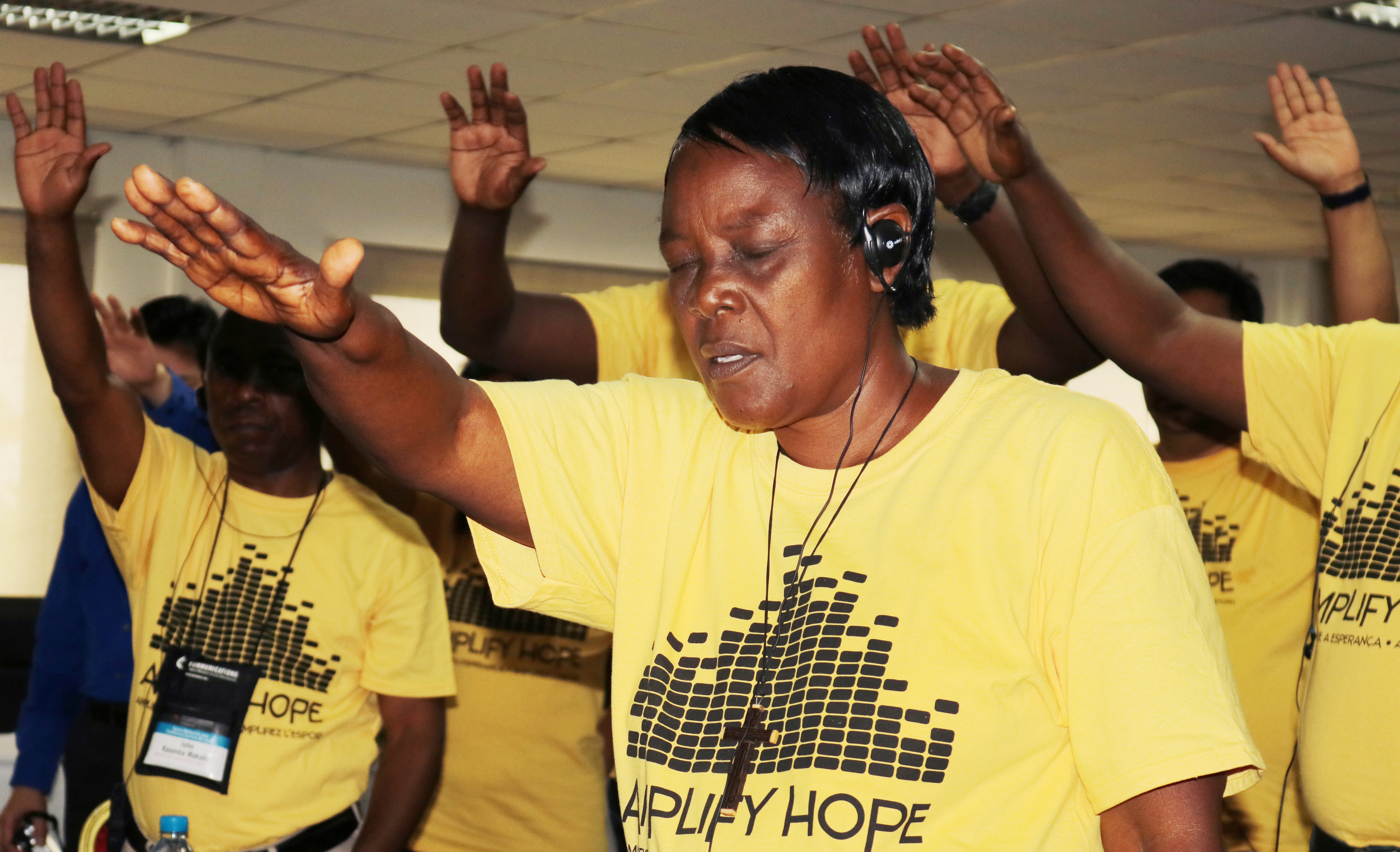 “Our master, Jesus Christ, presented himself as a communicator from God and we have a responsibility to communicate the word of God.”

However, he warned of the excesses in radio broadcasting.

In that respect, the bishop called on the group to clearly define its role in building the church and making disciples.

Angolan Social Communications Ministry official João Melo was equally stern in warning the church broadcasters not to have a hand in conflicts, referencing a Rwandan radio station’s role in the country’s 1994 genocide against the Tutsis. “The graves are not yet full” was the slogan of the Radio-Television Libre des Mille Collines station throughout the genocide.

“Shall we all rise observing a minute of silence to the dark shadow cast upon the radio profession by the radio in Rwanda. This must never happen for the confessional radio stations, or any station.”

Melo implored the radio personnel to act differently, saying, “We need to respect the sanctity of life and the social ethos of the African communities — the ethos of Ubuntu.”

He applauded Radio Kairos for not following this path as Angola is in the process of rebuilding.

“As a regulatory arm, we are excited to tell the world that this UMC radio (Radio Kairos) has remained within the confines of the law in preaching the gospel to the world and living up to professional ethos,” Melo said. 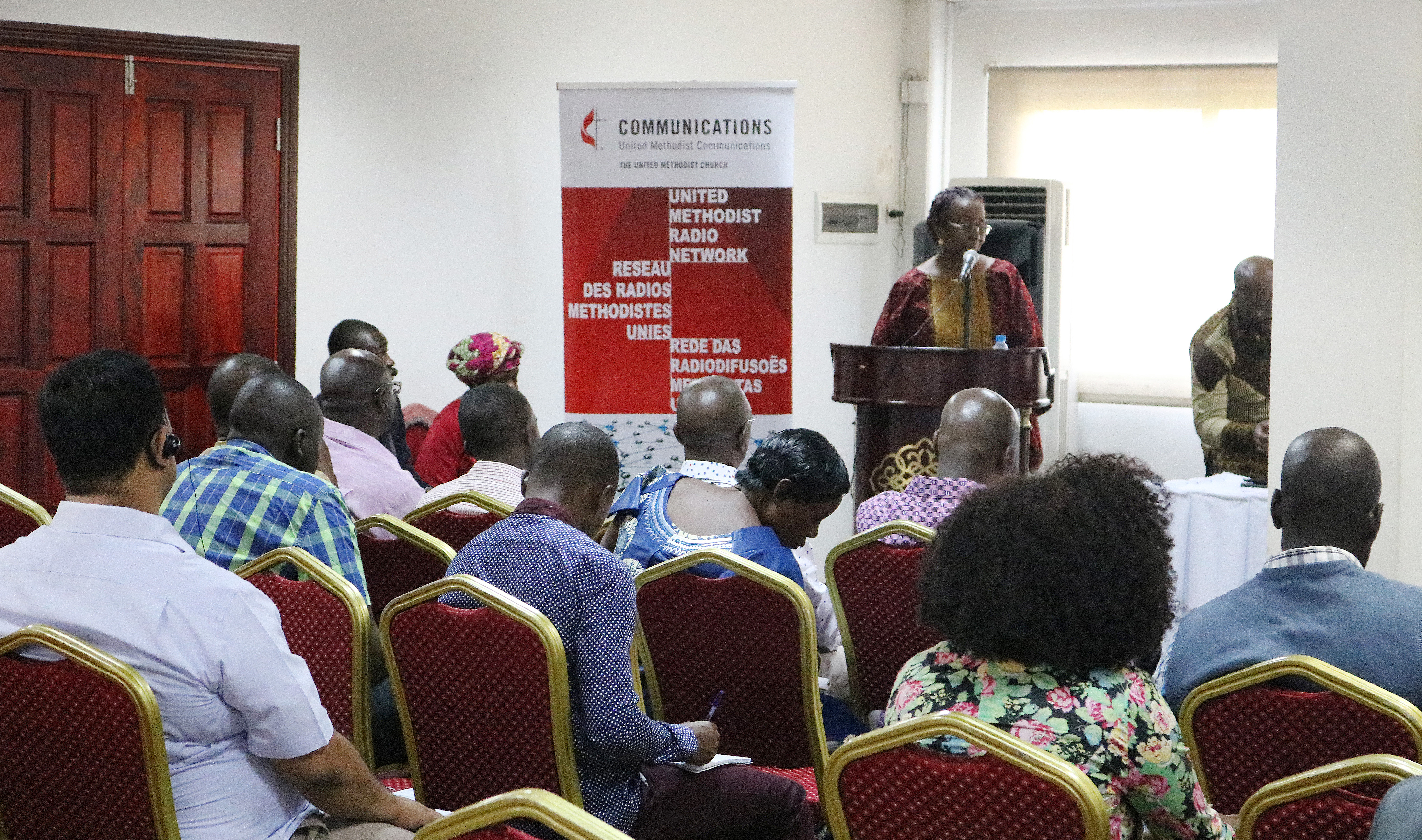 Esmael Mateus, a renowned broadcaster in Angola, shared his experiences and advice with those gathered.

“Whether my brothers and sisters we are amateurs or professionals in this enterprise (radio broadcasting), the basic premise for us is to remember that we have to be Christians first and remain as such,” he said.

Madame Lydie Acquah, station director at the Voice of Hope (101.6 FM) and outgoing Radio Network coordinator, called on the founding and prospective members to be faithful to the word and spirit of the network in order to remain as professional as possible.

“We must remain faithful to the bylaws crafted in Abidjan in 2017 and remain accountable to each other,” she said.

Maforo is communicator with the Zimbabwe Episcopal Area.

Acknowledging that something significant must happen to save his beloved United Methodist Church, a retired pastor traces the historical trajectory of the denomination.
Mission and Ministry