Living toward the unity that already is 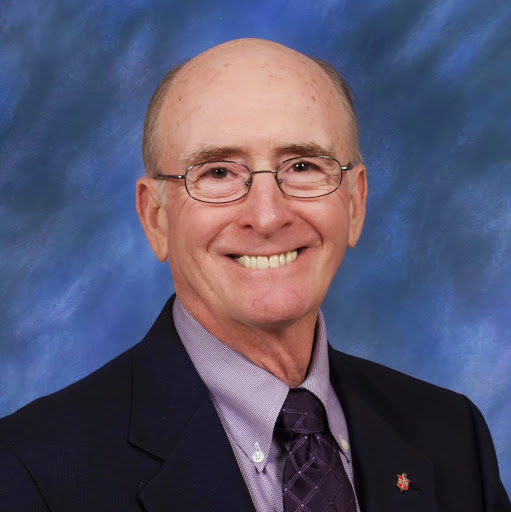 The United Methodist Church faces a familiar dilemma in Christendom: unity versus disunity, reconciliation versus alienation, oneness versus brokenness, solidarity versus schism. The stakes are high for both the denomination and the Christian witness in a polarized world.

Implications reach far beyond the specific issues of human sexuality and religious authority. They go to the heart of the church’s nature and mission. The denomination’s response to this threat will significantly impact the mission and relevance of The United Methodist Church for years to come.

Here is the good news: The unity we seek has already been achieved! From the dawn of creation, God has willed the oneness of the human family and worked to foster, preserve and protect that oneness. In the Exodus, God challenged the injustices that would relegate people to less than humans created in the divine image and brought liberation. During the Exile, God restored a captive people and assured them: “But now thus says the Lord, he who created you, O Jacob, he who formed you, O Israel: ‘Fear not, for I have redeemed you; I have called you by name, you are mine” (Isaiah 43:1-2).

In Jesus Christ, God broke down all the dividing walls of hostility and reconciled all things in heaven and on earth and called us to be agents of reconciliation. Everything has become new! Now, there is neither male or female, bond or free, Jew and Gentile!

At Pentecost, God’s Holy Spirit birthed the church as a community to embody the oneness wrought in the life, death and resurrection of Jesus the Christ. Barriers of language, culture and traditions crumbled as the wind of God’s unifying Spirit fell like tongues of fire.

The church as the body of Christ is uniquely called to be the visible sign, foretaste and instrument of the unity for which Jesus prayed prior to his death: “that they may all be one, just as you, Father, are in me, and I in you, that they also may be in us, so that the world may believe that you have sent me” (John 17:21).

We don’t create unity any more than we ‘bring the kingdom of God!’ We live the reign of God brought near in Jesus Christ and we participate in the unity that already is! Oneness does not result from legislative mandates, enforced doctrinal orthodoxy or judicial processes patterned after the courtroom. All such efforts are doomed to further fracture, wound and crucify the body of Christ.

Such unity is possible only by living the commandment Jesus gave to his disciples: “… that you love one another as I have loved you” (John 15:12). Through the power of the Holy Spirit within community, the Risen Christ enables us to live that commandment and embody now the oneness already won.

Make no mistake about it: If the denomination splits, the leaders will be disrupting and spreading disunity, suspicion, cynicism and even hostility in local congregations across the denomination. The church, thereby, will contribute further to the brokenness in our fractured world, and it will render ineffective efforts at authentic evangelism and mission.

Schism, as John Wesley reminds us, is a failure to love as Christ loves us. Schism transforms doctrine and the Bible into weapons of mass destruction rather than agents for the formation of Christlike character. And, it belies faith in the present and final triumph of God’s reign of compassion, justice, generosity, hospitality and joy.

The initial step in living toward the unity already won is repentance, turning away from our idols and toward the new creation already brought near. One of those idols is reliance on legislation and judicial processes. We have legislated ourselves into a box from which we can’t extricate ourselves. Power plays have replaced prayerful discernment. Coercion trumps incarnational presence with the other. Judicial processes and legal penalties have supplanted moral persuasion in an atmosphere of mutual respect.

Let’s all repent of our idolatrous reliance on legislation and legalism and turn toward the grace that is at the heart of our Wesleyan tradition.

We live the unity that already is by sharing in God’s mission of the salvation of the entire cosmos. Unity is in the missio dei, the mission of God. Participation in God’s ongoing mission of liberation, restoration, reconciliation and transformation of human hearts, communities, nations, and the entire universe fosters unity with God and with one another.

To know God is to do what God does, to be present where God is! The Bible is clear. Jesus is unambiguous! To know God, to be where God is, means to be present with “the orphans, the widows, the sojourners (immigrants),” those Jesus referred to as “the least of these” and Charles Wesley called “Jesus’ bosom friends.”

Though it will likely be dismissed as naive and unrealistic, I have a simple but radical suggestion for those who seek to help The United Methodist Church live toward the unity that already is. Before moving forward with any legislative proposals, spend two weeks living where Jesus lives.

Let’s get out of our episcopal, pastoral, theological, academic, doctrinal, political and economic bubbles and into the world of human suffering, alienation, loneliness, injustice, oppression.

Then we might be prepared to make decisions that reflect the unity that already is! Such unity is a way of living more than a way of believing.

Through the power of the Holy Spirit, let us live our oneness in Christ by doing what Jesus commands, going where he goes, welcoming those for whom he died, and living now toward his final victory over all that separates us!