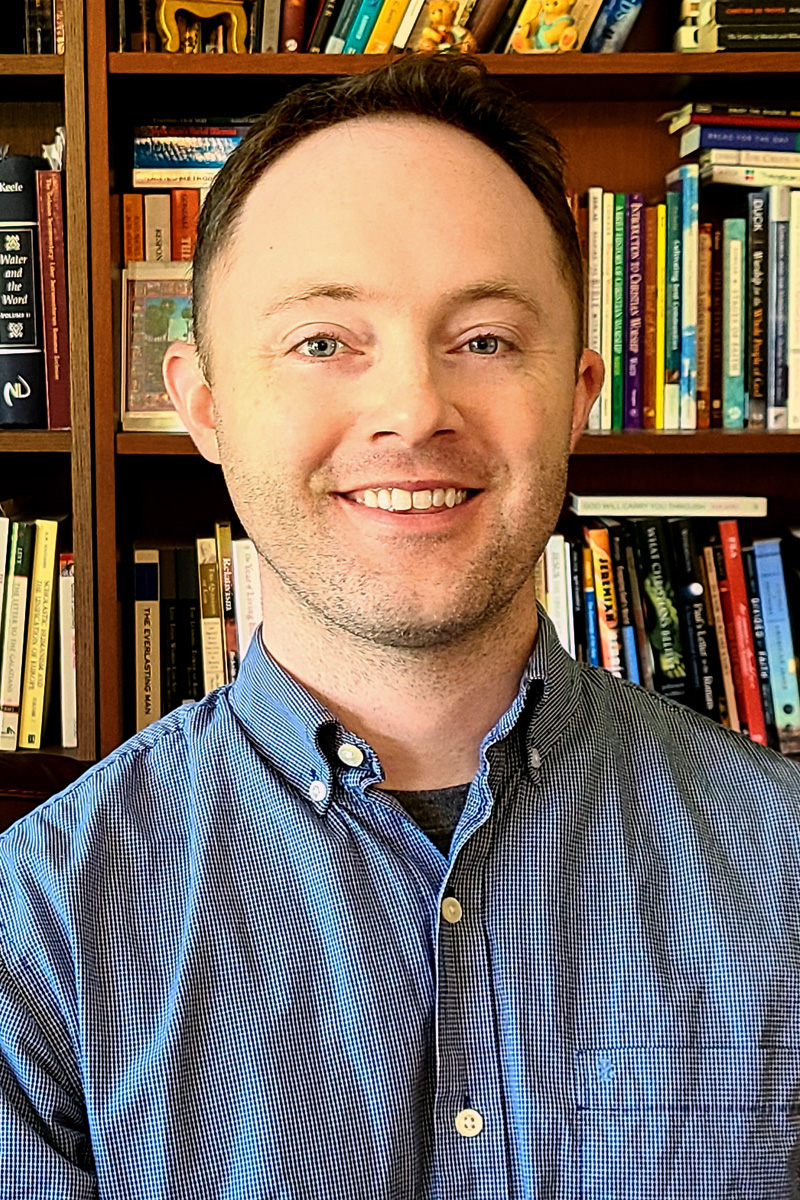 The Rev. Jason Stubblefield
Photo courtesy of the author.
Disagreement over the practice of homosexuality has rattled The United Methodist Church to its core.

This is true at the denominational level, where delegates to the General Conference take turns at a microphone urging everyone to vote either for or against the ordination of practicing LGBTQ+ clergy and the celebration of same-gender weddings. It is also true in the church I pastor, where individuals on all sides of the debate are wondering what this doctrinal rift means for how we love each other and minister in our community.

United Methodists are desperate for clarity about the place of homosexuality in the denomination.

However, the church's present discord is not really about homosexuality. Instead, that debate is symptomatic of a deeper crisis of authority rooted in the denomination’s organizational structure.

The only body that can speak for the whole United Methodist Church is the General Conference, which normally meets every four years and has the power to change the Book of Discipline — the organizing text for United Methodist polity and belief. Revising the Book of Discipline by quadrennial vote renders it a working document rather than systematic theology. Positions often find approval by slim majority at General Conference, and competing factions then attempt to wield their legislative victories over the other near-half of the denomination.

UM News publishes various commentaries about issues in the denomination. The opinion pieces reflect a variety of viewpoints and are the opinions of the writers, not the UM News staff.
When the General Conference speaks with clarity on a certain matter, the responsibility to uphold its decisions falls to the annual and central conferences. Bishops in some of those conferences have decided not to enforce portions of the Book of Discipline with which they disagree, and there is no church-wide authority with the power to prevent their defiance. The mutability of the Book of Discipline combined with regional autonomy have weakened the authority of the General Conference. They have taught United Methodists that the General Conference does not speak with comprehensive and lasting authority.

United Methodists need the stability of established doctrine and the means to uphold it. Such stability requires clear articulation of what the church believes about sexuality and other matters, and in a form that is not subject to revision every four years. Stability also requires the creation of a body with the power to ensure adherence to doctrine and polity throughout the denomination. In other words, The United Methodist Church needs a magisterium.

Basically, “magisterium” refers to the teaching office of the Roman Catholic Church, especially as exercised by the pope and bishops in communion with him. The magisterium has the authority to interpret Scripture and tradition for Roman Catholics, along with the authority to uphold Roman Catholic doctrine and polity in local churches. While it is preferable for bishops to deal with any problems that arise in their own dioceses, should they fail to do so, Rome can get involved directly. The magisterium’s ability to uphold doctrine and polity on the local level succeeds where the current structure of United Methodism fails, and United Methodists have much to learn from it.

The idea of a United Methodist magisterium will likely meet resistance or outright dismissal from across the spectrum. It can elicit such resistance because it touches a nerve at the center of what is wrong with our current polity. It addresses the problem at the core of our division rather than taking sides in the partisan tug-of-war that has defined the General Conference for decades.

It is also worth pointing out that the call for a United Methodist magisterium says nothing about whether the form of doctrine and polity upheld should be liberal or conservative. A magisterium would be beneficial in either case, because it would make possible a coherence of doctrine and polity that the denomination cannot achieve in its present form. It would provide for stability in the long haul, rather than the back-and-forth that has caused so much pain on all sides in recent years.

It is not my purpose here to put forth a proposal for how to create a body of this kind. Perhaps the church could redefine the Council of Bishops as an authoritative body that oversees the whole denomination, since bishops presently have little authority beyond the bounds of their own conferences.

Episcopal councils in early medieval Europe seem like a useful example. Bishops gathered to speak and debate matters of doctrine and polity. Once councils had reached a decision, the bishops had to sign it. Doing so reflected bishops’ responsibility to uphold the decisions of the council in their own episcopal areas regardless of their own personal views, since bishops’ authority was an extension of the council’s rather than their own. Whatever its form, a body with the power to hold theology and practice together over time could give the denomination the stability it so desperately needs.

While the debate over homosexuality may be the tipping point that leads to the division of The United Methodist Church, this debate is a symptom of a deeper crisis of authority. Whatever the future may be, United Methodists need deliverance from the shifting sands of partisan votes — a clear and lasting church authority.

Stubblefield is a United Methodist elder in the Holston Conference and a doctoral candidate in medieval religious history at the University of Tennessee, Knoxville. A previous version of this article appeared in Relevant Orthodoxy at relevantorthodoxy.com.

The United Methodist Church’s top court ruled that the Council of Bishops has the authority to call jurisdictional conferences to elect and assign new U.S. episcopal leaders but not to change the date when those new bishops take office.
Theology and Education