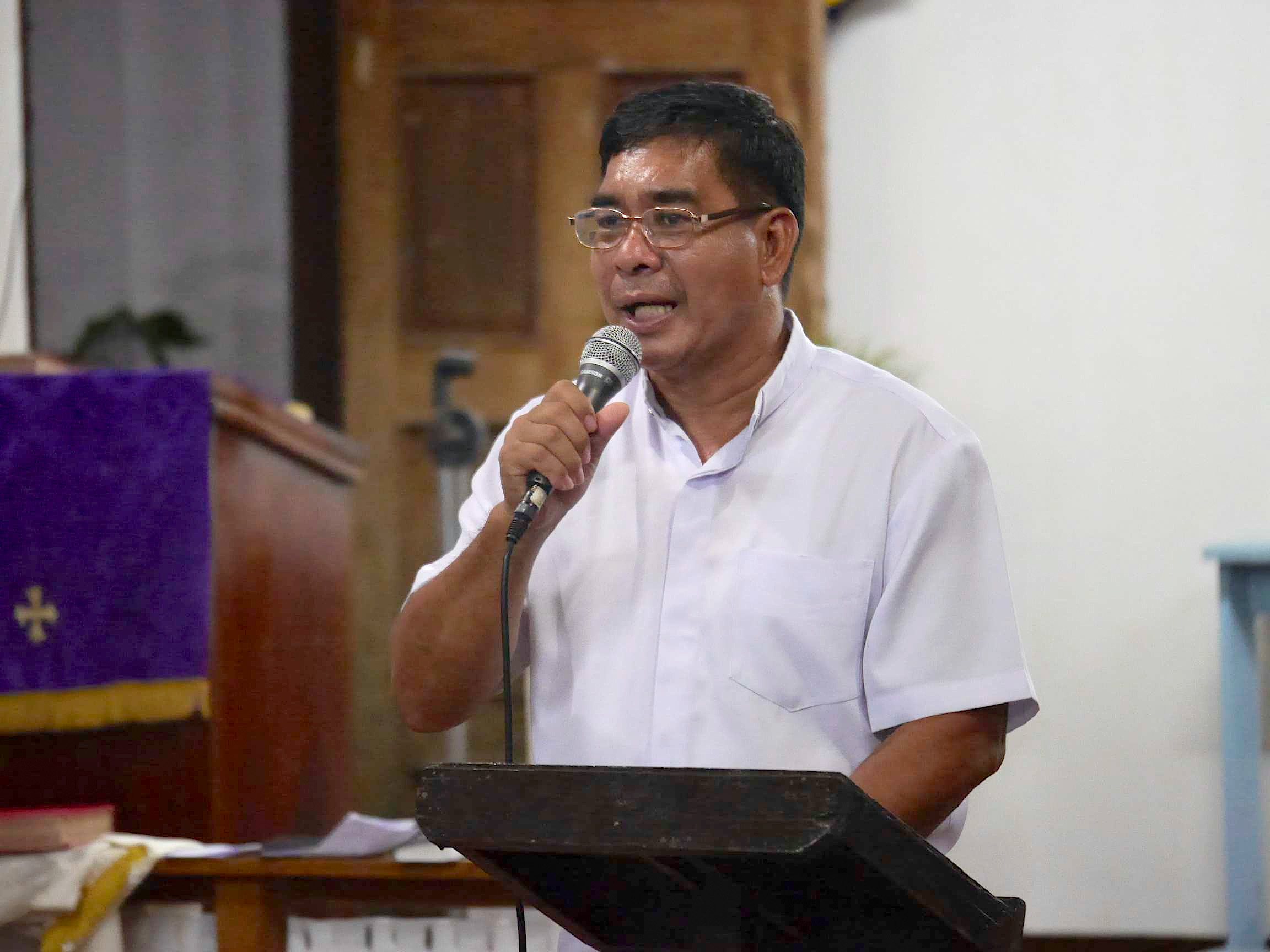 The Rev. David Cosmiano is a United Methodist district superintendent for Eastern Visayas in the Philippines, a region heavily impacted by Typhoon Haiyan last November. Photo by Jerome Mercado.

On December 5-6, 2013, the United Methodist Committee on Relief (UMCOR) returned to Leyte Province in the Philippines to distribute relief goods among survivors of Typhoon Yolanda, or Haiyan, as the storm is known outside of our country. UMCOR is an agency of the global United Methodist Church and is in charge of relief operations whenever there is a natural or a human-caused calamity.

Super Typhoon Yolanda hit Eastern, Central, and Western Visayas on November 8, 2013. It devastated the entire region. Thousands of lives were lost, and livelihoods were washed away. UMCOR staff and volunteers first came with a relief convoy to the region about a week after the storm.

When they came again in early December, they distributed relief goods in several communities, including where we have local United Methodist churches. UMCOR’s emergency food packages were distributed to many survivors in the communities who were in need. I accompanied the UMCOR staff and volunteers on this visit to Ormoc City, Isabel, and Tacloban City.

The families served by UMCOR on this relief trip expressed gratitude that our United Methodist Church remembered them in times of calamity. We saw an inspiring banner in Ormoc City that read: “Homeless, Roofless, But NOT HOPELESS!”

When I visited Methodist households just before Christmas, I also stopped in to see some of the neighbors who do not belong to the church and who had received UMCOR food packets. Many of them had saved the bright yellow UMCOR bags that had contained rice, beans, and other food items.

I was so surprised to see the bags hanging on walls in the homes. When I asked the families why they displayed the bags they said, “It reminds us that UMCOR gave us something different, something more than we would normally get.” UMCOR fills the emergency food packages according to international humanitarian standards.

Some of the people also took pictures of the contents of the bags and kept the picture to help them remember. That made me happy, because our church, through UMCOR, responded to the survivors. “You are a church that remembers,” they said.

I personally, and on behalf of The United Methodist Church in the Eastern Visayas District, thank UMCOR. Indeed, UMCOR gave us their time and concern, for we too are survivors of Super Typhoon Yolanda.

*Cosmiano is district superintendent of the Eastern Visayas District of The United Methodist Church in Philippines.

Through small grants, the Encounter with Christ fund has nurtured Methodist mission and relationships in 26 countries of Latin America and the Caribbean.
Human Rights