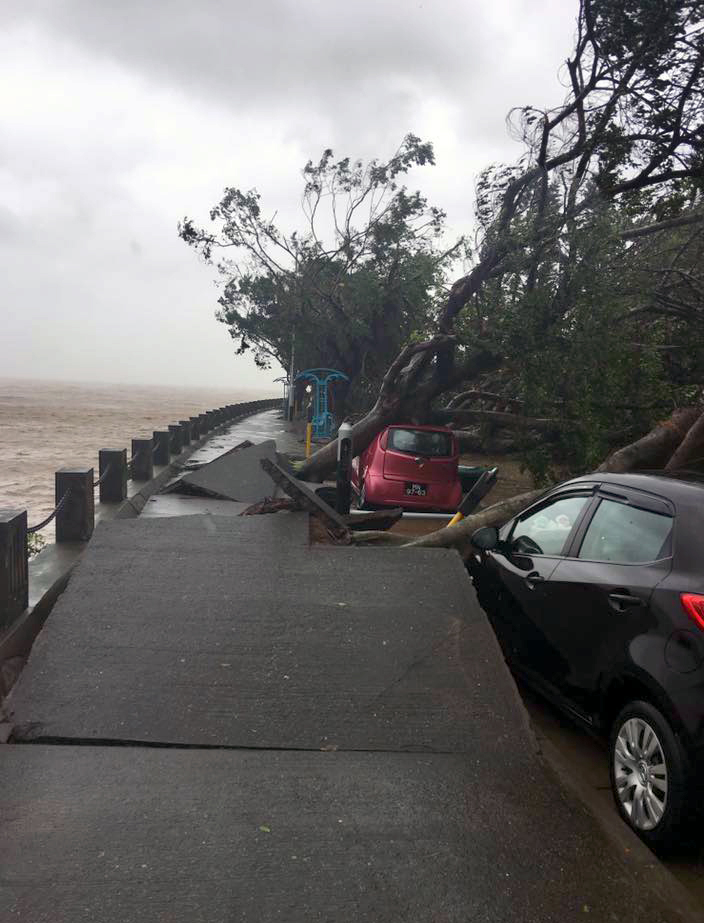 Cars sink below the level of an upended roadway in Macau, China. Deaths were reported in Macau and Hong Kong, both now reeling from the aftermath of the winds and floods. Photo courtesy of Macau Dangerous Driving.

The Methodist Filipino Ministry Mission House in Kuok Heng, Macau, became a refuge to evacuees after the devastation of Typhoon Hato, the biggest storm in this area in years.

Deaths were reported in Macau and Hong Kong, both now reeling from the aftermath of the winds and floods. The number of deaths throughout the area still is unknown, but devastation is reported in cities along the southern coast of mainland China. High-rise buildings have broken window glasses, cars are under water, and many uprooted trees have disrupted electricity and water.

"One was really terrified, her boarding house is in the lower ground.  At 10 a.m., water suddenly came on a knee level.  All she grabbed was her shoulder bag with her passport inside."

"After about six hours, when she tried to go back and check her dwelling place, the door would not open anymore and there was no electricity and she got terrified again so she just came back and stayed here.

Vida Sison, the wife of a Filipino pastor, explained the Macau Filipino Mission is a ministry of the Methodist International Church Hong Kong and is supervised by a Filipino pastor.  The couple missed the typhoon because they were in the Philippines visiting.

Sison said Dillozon and others were in a flat in Macau where Filipino United Methodists gather for worship, fellowship, prayer meetings, and devotions.

"Susan Dillozon goes to Macau as a pastoral worker to serve the Filipinos under the Social Services of the Methodist Church in Macau,” she explained.

Dillozon said she will “continue to open the mission house for as long as others would need water and power to charge their mobile phones and other gadgets.”