In much of the Pacific Northwest, people would rather get their teeth cleaned than go to church, the Rev. Beth Ann Estock said.

Estock is a church coach and planter in Portland, Oregon. She is also among the United Methodists reviving Christian community in what many demographers call the “None Zone” — where more people answer “none” when asked their religion than identify with any single faith group.

Portland, the host of the denomination’s 2016 General Conference on May 10-20, is leading the trend of decreasing worship attendance affecting U.S. churches regardless of their theology. A 2015 survey by the Public Religion Research Institute found that Portland is the U.S. metro area with the highest percentage of residents with no religious affiliation — some 42 percent of the population.

United Methodists in Portland and other parts of the “None Zone” are taking the lead in another way. They are coming up with new ways to do church that reach people who don’t like church. 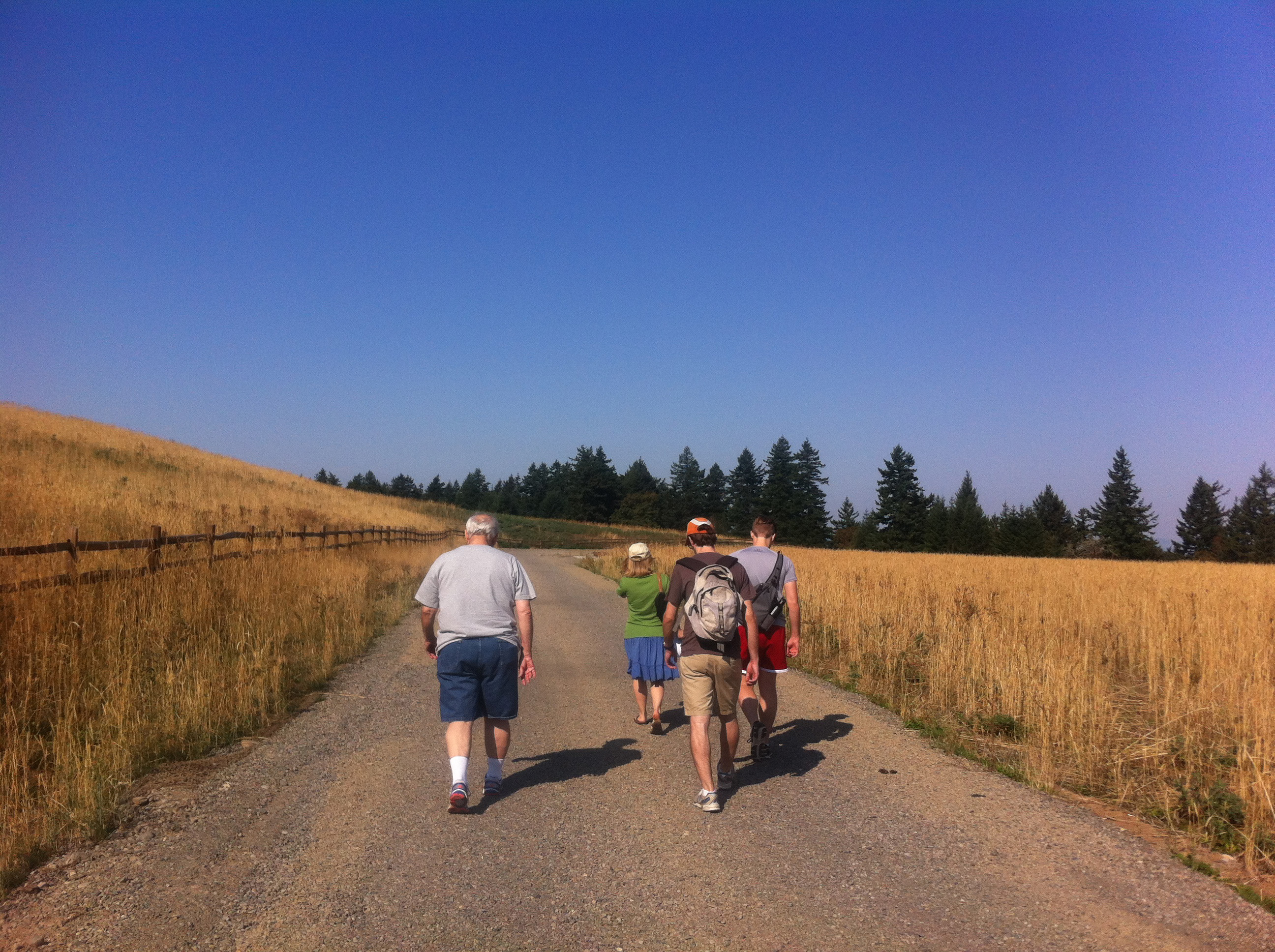 Members of Sellwood Faith Community in Portland, Ore., take a meditation hike in which participants take in nature and stop periodically to read Scripture and spiritual poetry. Photo courtesy of the Rev. Eilidh Lowery

“This is the name of the game for us: Innovation and experimentation,” said Bishop Grant Hagiya, whose episcopal area encompasses the Oregon-Idaho, Pacific Northwest and Alaska conferences. A few years ago, he issued “permission certificates” to the area’s clergy to come up with new ways to make Christian disciples.

“We are such a risk-averse culture as a church,” he said by email, “and unless we experiment widely to see what works and doesn't work we are dead in the water!”

So how do you make disciples where people are more likely to spend their Sunday mornings beneath tall trees than a tall steeple? Estock and others suggest ditching the steeple and possibly ditching the Sunday morning schedule too.

Estock recently released "Weird Church: Welcome to the 21st Century," which she co-wrote with fellow church coach the Rev. Paul Nixon. The book offers an overview of some new models of church that do effective ministry.

She likens the situation faced by many of today’s church leaders to that of the 72 disciples Jesus sent out in Luke 10. They are embarking on new territory. And just as Jesus told the 72 to leave behind their baggage, those sharing Christ’s message today need to travel light.

“You really do have to leave all your programs and assumptions behind and solely rely on the Holy Spirit,” Estock said.

Here are two examples of experimental churches not far from the General Conference site.

When it comes to church growth, many denominational leaders agree it’s a lot easier to give birth than to raise the dead.

With the 2008 founding of Path1 New Church Starts, part of United Methodist Discipleship Ministries, church planting has become a higher priority for the denomination in much of the United States. Path1 works with U.S. conferences to provide coaching, training and other resources for new church developers.

Between 2008 and 2012, Path1 reports, The United Methodist Church started 684 new congregations in the United States. The vast majority are still going strong, said the Rev. Candace M. Lewis, Path1’s executive director, but about 10 percent have since closed.

Between 2013 and 2015, the denomination planted 504 churches in the United States. Path1 also has equipped 2,300 new church planters over the past three years.

One of the denomination’s goals for the next four years is to make 1 million new disciples around the world. New church starts have a crucial role to play in that, Lewis said.

“New church planting, in my opinion, serves as the research and development wing of the church,” said the Rev. Doug Ruffle, Path1’s associate executive director. “There are some things that new church starts do that can be adopted by existing churches. They are cutting new ground.”

About four years ago, Estock began working on house churches. So far, she has two, and one of the participants has plans to start more.

She initially named the church community Zacc’s House after the “wee little” tax collector Zaccheus who ended up playing host to Jesus. But she listened to participants who said the name didn’t resonate, especially with individuals who did not grow up with Bible stories. About a month ago, the community changed the name to SpiritSpace to emphasize the group's work on developing spiritual practices and living into God’s call.

One house church meets each Monday night to do Lectio Divina, a contemplative practice of Scripture reading, meditation and prayer. Estock leads a house church that meets twice a month on Wednesday nights. Her church too engages in Lectio Divina, but participants also take hikes together and cook together. Each house church has about eight to 10 people at each gathering. Altogether, Estock said, the house churches have about 30 participants.

Diane Rheos is a SpiritSpace participant who feels called to start more house churches in the coming year. She said she chose to become United Methodist because church members are engaged in “the evolution of church.”

“Creating deep intentional Christian community is what speaks to my soul,” she said. “Community is why church is important, and I think we have moved too far away from that.”

SpiritSpace is just one example of a homey, experimental church. Sellwood Faith Community, a United Methodist church plant started less than three years ago, is another.

Sellwood meets for “dinner church” on Sunday nights in the home of founders, the Revs. Eilidh and Jeff Lowery, as well as on Wednesday nights at a local restaurant. The Lowerys’ home once served as a parsonage for the now-closed Sellwood United Methodist Church, and it offers ideal worship space for small groups, Eilidh Lowery said.

Unlike Estock’s focus on individual homes, the Lowerys’ mission field is mainly focused on a neighborhood of now mostly young families. Sellwood once was its own town before being absorbed into the bigger city of Portland.

The Lowerys are deeply engaged volunteers in the neighborhood, and they invite people to “gateway events” to introduce the unchurched to Christian community.

The events include a “Spiritually Thirsty” group that meets to discuss theology at a local pub, a mothers’ coffee group and meditation hikes in which people stop periodically to read Scripture and spiritual poetry. The Lowerys also host a Taizé worship service monthly.

The church community also engages in a service project at least once a month. Sellwood has a core group of 22, with about 75 others participating in various gateway events. The average age is 37.

“We see our whole model, especially for our core group, as being the place where they are challenged and spiritually fed and renewed so they can go out and do the ministry they are called to,” Eilidh Lowery said.

Amanda Bollman is one of the core-group members. When Eilidh Lowery first reached out to her, Bollman — a cradle United Methodist — admits she wasn’t so much a “none” as someone who was “done” with church.

“Sellwood was actually the first place where I felt like I needed the church,” she said. And now she is looking at ways to support the church’s ministry. “I can pour my energy into this emerging community and figure out how we can be the church of the future.” 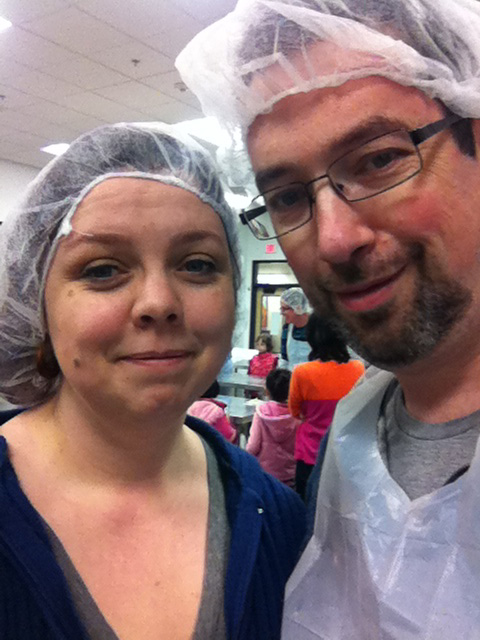 Neither Estock nor the Lowerys envision these new congregations ever moving into their own buildings and offering conventional Sunday services.

Both church starts want to remain true to their funky Portland context while also taking a page from Methodism’s founder John Wesley, whose class meetings they each emulate to some degree.

“In a lot of ways they are a lot more Wesleyan fundamentalist than a lot of our churches. And what are the fundamentals? Go to class meeting,” said the Rev. Curtis Brown, new church strategist with Path1, part of United Methodist Discipleship Ministries.

As both Estock and the Lowerys attest, sometimes small groups can have the biggest impact on people’s lives.

Both Estock and the Lowerys focus their ministry on the personal transformation of Christian discipleship. But the church planters acknowledge it can be slow-going.

Estock considered it a huge victory when after two years in a house church, one of the women announced, “Wow, now I can say God and Jesus without cringing.”

Neither Estock nor the Lowerys know yet whether these kind of ministries ultimately will be financially sustainable or achieve numbers that look good on church forms.

“As I read about the Book of Acts, I don’t see any talk about metrics,” Estock said. “I do see talk about transformation, and that’s what is happening in these weird expressions of church.”