All of the victims were black and unarmed except for Gray who had a switchblade but surrendered “without force.” Rice was 12 years old and was playing with a toy gun. Three of the six police officers charged in the Gray case are African-American, all of the other officers in the high profile cases that led to protests were white.

Protests and riots have erupted in several large cities where unarmed black people were shot or died in the custody of police. United Methodists are joining the voices proclaiming “Black Lives Matter.” Here are the highlights of seven high-profile cases:

Freddie Gray, 25, died April 19, one week after being arrested for possessing an alleged illegal switchblade in Baltimore. The cause of death was spinal cord injuries he suffered after his arrest and while in police custody. A variety of criminal charges have been filed against six officers for second-degree murder, manslaughter and second-degree assault.

Walter Scott, 50, was shot by Officer Michael Slager on April 4 after the officer stopped him for a broken taillight while driving in North Charleston, South Carolina. Slager was indicted by a grand jury for murder.

Tamir Rice, 12, was fatally shot Nov. 22 while playing with a toy gun in a park in Cleveland. A 911 call reported a male pointing a “pistol” at people. Officer Timothy Loehmann and another officer responded to the call and Rice was shot seconds after the arrival of the police. Community leaders in Cleveland said they will invoke a seldom-used Ohio law and go directly to a judge to request murder charges.

Michael Brown, 18, was fatally shot by Officer Darren Wilson on Aug. 9, 2014, in Ferguson, Missouri. Wilson said the teen accosted him and ignored an order to surrender. Wilson resigned from the Ferguson Police Department. A grand jury decided not to indict the officer.

Eric Garner, 43, died July 17, 2014, on Staten Island after Officer Daniel Pantaleo held him in a chokehold during an attempted arrest for selling loose cigarettes. A grand jury declined to indict Panteleo.

Timothy Russell and Malissa Williams died on Nov. 29, 2012, after a car chase involving 62 police cars. Officers fired 137 shots at the car. Officer Michael Brelo was charged because he jumped on the hood of the car and fired 15 shots. Brelo was acquitted after the judge said he could not determine if Brelo alone fired the fatal shots.

The rage that followed the deaths has spilled over to violence and confrontations between citizens and the people called to be protectors. Some officers were indicted while others were not.

“When we pray, ‘Thy kingdom come, thy will be done on earth as it is in heaven,’ we are committing ourselves to the work of community building,” said the Rev. Cynthia Moore-Koikoi, superintendent of the Baltimore Metropolitan District of the Baltimore-Washington Conference.

Moore-Koikoi joined other clergy in a march for peace on April 27 as riots broke out across the city after Freddie Gray died of a spinal cord injury suffered while in police custody. She put herself between the rioters and the police.

“The church has to provide the vision for what can be and the assurance that the vision is possible in spite of the present circumstances,” she said.

The Rev. F. Willis Johnson was on the frontlines in Ferguson, Missouri, when protests erupted after Michael Brown, an unarmed black teenager, was shot and killed by Officer Darren Wilson on Aug. 9. On Nov. 24, more waves of protest followed when the St. Louis County prosecutor announced a grand jury decided not to indict Wilson.

Johnson, pastor of Wellspring Church, a United Methodist congregation, will be part of a gathering in St. Louis planned for the one-year anniversary of the shooting. It will be a time to look at what has happened and to encourage people, he said.

“The church is charged with racial reconciliation,” he said.

“The church should see itself in the spirit and the call which we were formed. We are supposed to be by the profession of our faith and the presence of our witness a rock.”

The church as a rock

The Council of United Methodist Bishops called for the church to commit to working toward a church “that is anti-racist and pro-humanity,” during the council’s May meeting in Germany.

Bishop Warner Brown Jr., the president of the Council of Bishops, wrote a letter to the people of The United Methodist Church calling for the church to lead the way.

“As a black man who grew up in the very Baltimore neighborhood we have watched explode, this is personal,” he wrote. “I grieve over what I see in my old neighborhood. The anger in the community is real because of decades of distrust.”

Long before the riots

The Rev. Bonnie McCubbin, pastor of Good Shepherd United Methodist Church in Baltimore and a police chaplain, said change comes from one-on-one encounters and getting to know “the cultural other” long before riots break out. (Read her commentary of ‘walking a fine line; in her role as pastor and police chaplain.) 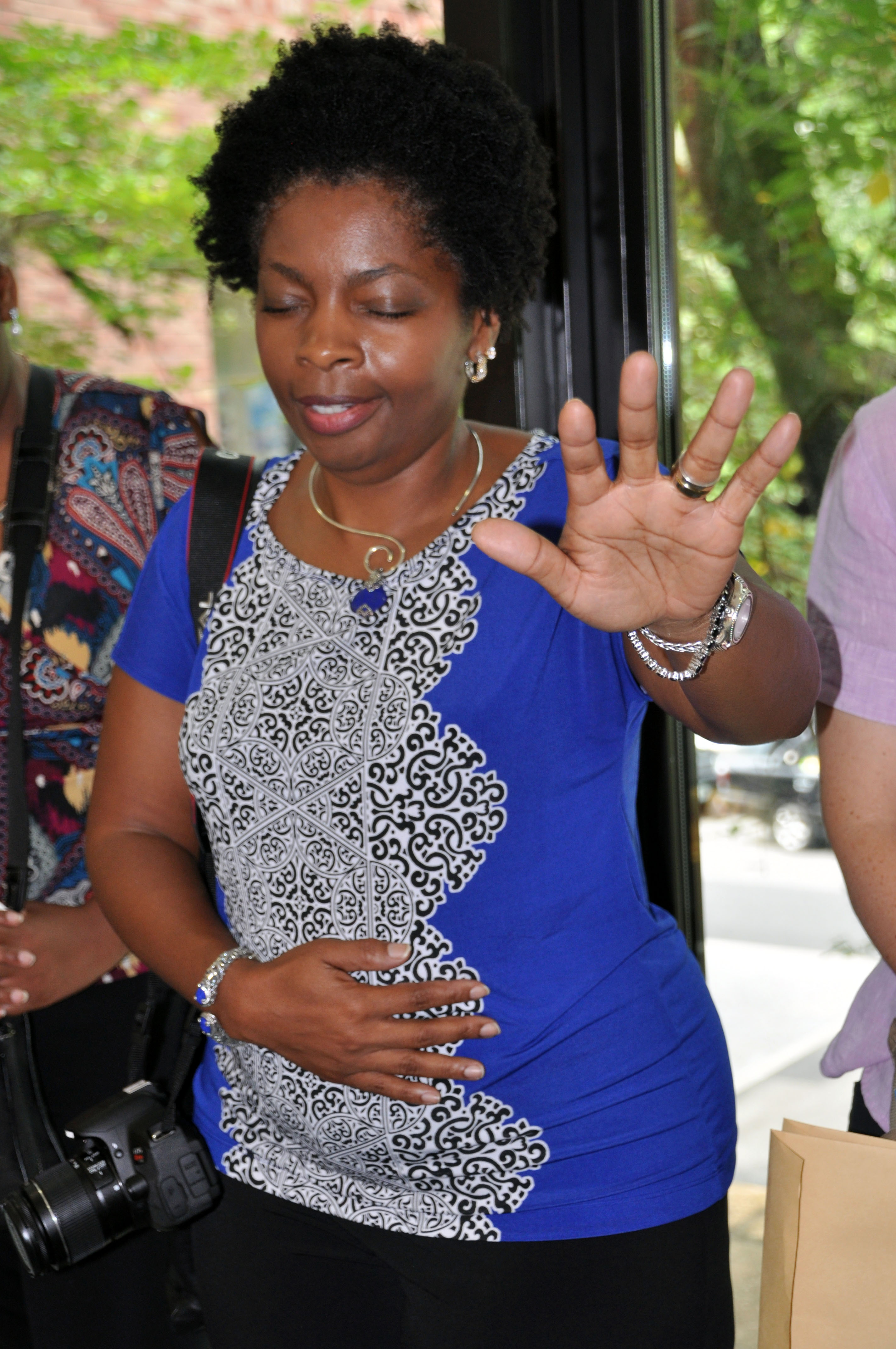 Moore-Koikoi said it too easy to become accustomed to systemic issues of racism, poverty, violence and the prison industry.

“I have learned that the statement, ‘That can never happen here,’ is a tool we use to deceive ourselves.”

Johnson calls it “the spiritual discipline of inevitability” — you never know when tragedy might strike or what form it might come in, but come it will.

“Be in community with those who are poor and on the margins. Help them have voice and agency to combat feelings of invisibility and hopelessness,” said the Rev. Karen P. Oliveto, pastor of Glide.

Glide provided community gatherings with an open mic when the stories about Trayvon Martin and Baltimore and Ferguson hit the news, giving people a place to share their anger, frustration, disappointment and grief.

Terrell M. McDaniel, a licensed psychologist in Tennessee and a member of Belmont United Methodist Church, does a lot of police selection and evaluation. He said the police are an extension of the community — not separate from it.

In Nashville, McDaniel said he was told from the beginning that the force did not want anyone with any kind of bias. That includes race but also biases toward rich people or poor people or people who may be gay, he said.

“Looking at Ferguson, there was obviously a very bad cultural perception within that department,” he said.

McCubbin said the police officers in Baltimore “are distraught with pain and grief.”

“We like to think about the officers having the ‘power’ but in reality, they are simply humans trying to do their job to the best of their ability,” she said.

Disciples of Jesus Christ “have the joy of being called to the ministry of reconciliation,” Moore-Koikoi said.

Affirmation doesn’t mean compliance nor is it a license to condemn, he said.

“It’s respecting what is righteous and what is always righteous and in complete alignment with God is our humanity. We affirm and we listen to each other because we are all made in the image of God.”