Back in 1964, in the midst of the squeals, screams and whinny horse sounds, Dorothy Marikura, 6, knelt on one knee and scribbled in the sandy soils while intermittently watching horses in the stable.

She and her peers attended Sunday school classes outside while their parents worshipped in a dimly lit corner stable. At age 9, Marikura gave her life to Christ. Today she continues to be a part of the congregation that is now St. Philip Kambuzuma United Methodist Church.

“Acting out Bible stories for me and my friends was fun,” said Dorothy Marikura Nyamhanza, now 57. “At times, we would freeze to the sounds of horses. With time, the experience became exciting. No one ever expected that out of the stable, we would witness the exponential growth of the church.”

Nyamhanza led a parade of women, men, youth and children clad in red, blue and white T-shirts from the old stable through the densely populated streets of the Kambuzuma suburb of Harare in recognition of The United Methodist Church’s 51 years of ministry in the area. 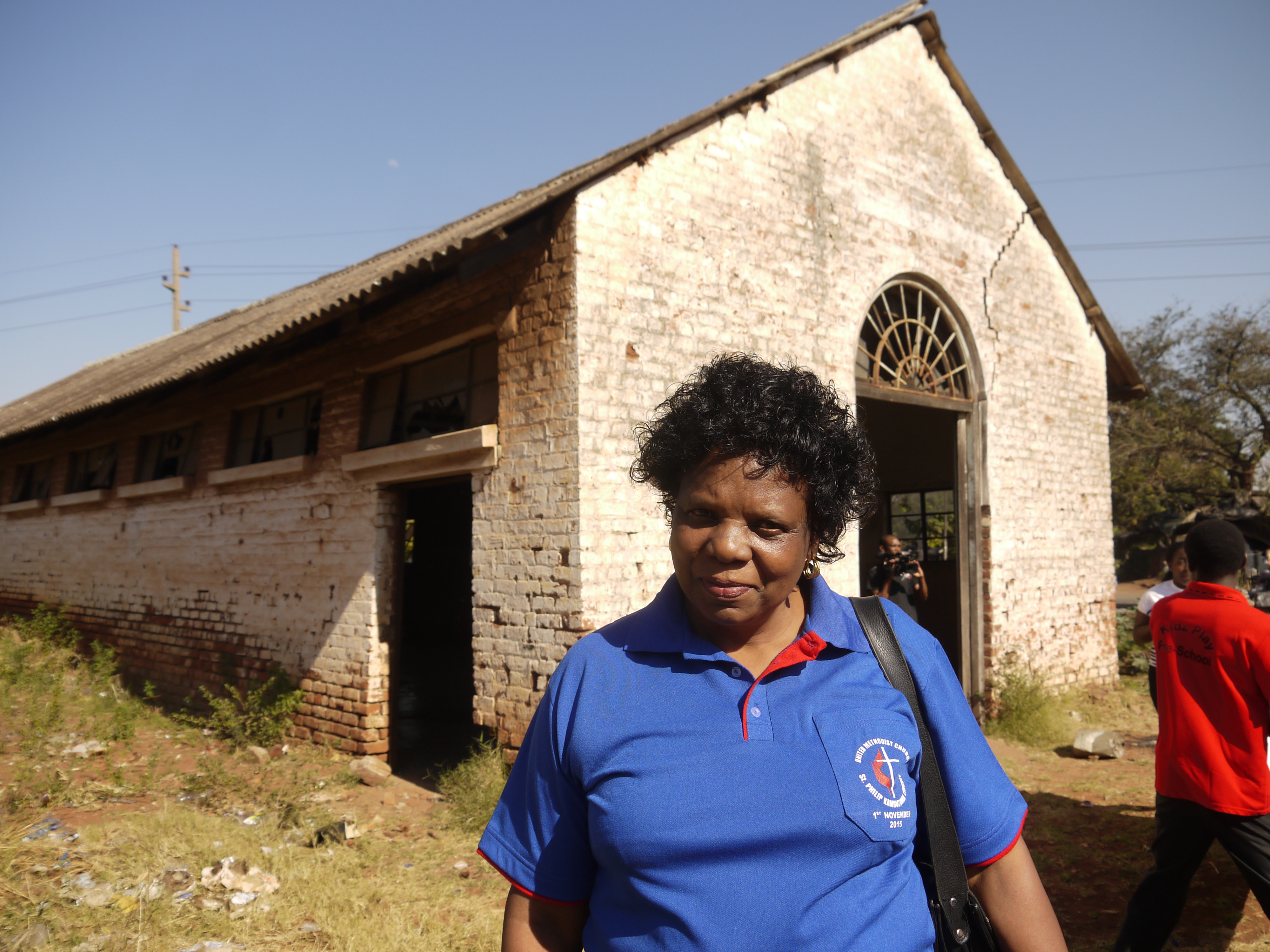 Opening the celebration, the host pastor, the Rev. Sarah Chibari prayed, “As we look back from where you have taken us, we will celebrate, knowing that you are in our midst as you have been these 51years.”

“From the Madhongi hall, I was personally transformed to a polished musician, singing in the choir since I was 13 and am blessed to be celebrating my 51st birthday together with my church I grew up to love,” said Richard Chitiyo, a renowned music composer and a worship director in the Zimbabwe West Annual Conference.

“Through the birth of this church, Kambuzuma has been a place filled with the presence and reality of the existence of God,” said guest of honor Leonard Chirewo, a businessman who grew up in the Kambuzuma community and watched the growth of the church. “I am very proud of you as a church.”

Gilbert Tiyani and John Masenda and their families began worshipping in their homes in April 1964 before moving to the stable where more people joined them. Within a year, numbers shot up to 165.

In 1965, they moved to a larger stable. Used as a community church, that stable allocated one hour each to individual denominations for worship. The congregation settled in their current location 40 years ago. The Rev. Alec Alvord was pastor.

Over the decades, the church continued on a growth path resulting in the creation of:

The celebrations were graced by retiree the Rev. Samson Mungure, who served the church between 1979 and 1983; the Rev. Enos Madziko and the Rev. Remember Masamba, who also contributed to the life of the church.

“We will forever celebrate the great work God has done in the life of Kambuzuma circuit, raising it to where we are celebrating 51years,” said Felicity Margaret Mafemba, 65, a member of the Mabelreign Circuit.

Mafaro is a pastor and communicator with the Zimbabwe Episcopal Area.