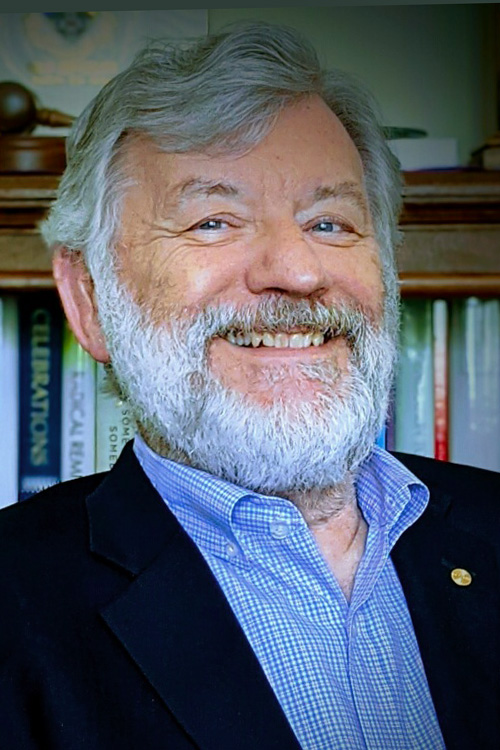 For a number of United Methodists, what is happening right now in the denomination is being framed as a “split.” Unfortunately, a frame may get more attention than what it encloses. And that can be a bad thing. A cheap frame can diminish the beauty of a fine sketch. A gaudy frame can distract focus from what is in the picture. If a frame is not visual but verbal, a florid phrase can make a complex moral issue look different, or a headline can misrepresent a report.

Recently, for example, the members of an adult Sunday morning class at a large church in Texas received an email from their class president, who wrote, “The long-anticipated split in The United Methodist Church is now happening.” The email urged class members to attend a session led by one of the congregation’s pastors about this “split.”

But framing the church situation as a “split” suggests we are dividing into two groups. That frame distracts from the true picture. What is happening in The United Methodist Church is not a split. An announcement that some new “Methodist” denomination will begin on May 1 is not evidence that a “long-anticipated split” in United Methodism “is now happening.” That is just a distracting frame.

The United Methodist Church is not splitting into two parts. More likely, it is splintering.

There are many dividing lines in the denomination that began 54 years ago. We remain racially divided, though we formally desegrated in 1968. We affirm our global unity but struggle with our global diversity. We disagree about public policies, such as who should be the final decision-maker regarding abortion, whether governments should provide health care for all, and whether homosexuality is incompatible with Christian teaching. Many of these matters are in our Social Principles as topics for inspirational discussion, not institutional division — for pastoral reflection, not for dividing followers of Jesus Christ into “faithful” and “false” disciples.

But some frames force issues into politicized terms. A phrase can put a topic in political rather than pastoral language and misdirect focus. In 2000, for instance, the General Conference added to the Social Principles the politically loaded phrase “partial-birth abortion,” a term that is not a procedure in medical practice but a partisan form of emotional rhetoric. It became a new frame for our Social Principles, forcing a complex moral matter for pastoral conversation into a type of political combat.

That is also the error in using the word “split” to describe the situation in our church now. In a “split,” separating parties assemble their assets and divide them. It happens when a married couple divorces, when a professional business partnership dissolves and when composers who co-wrote a piece of music decide to end their collaboration. The parties that “split” settle their differences by agreeing on how to “split” what they share.

Such things have happened in the church at times. When the Methodist Episcopal Church in the United States “split” over slavery in 1844, northern and southern Methodists spent more than a month at the longest General Conference in Methodist history trying to decide how to “split” the human and material resources of American Methodism.

However, at other times, the church has broken piece by piece. The splinters were strewn in many places. What is happening in United Methodism now is another splintering.

By a disaffiliation process that the General Conference enacted in 2019, congregations are leaving The United Methodist Church by requesting and receiving the approval from their annual conferences to depart while retaining their property and their financial assets. They are splintering in a variety of directions. A church in Alabama is fleeing to the Free Methodist Church. And a church in Houston joined the United Church of Christ. Still others are seeking to become independent congregations.

Pastors who support their local churches’ departures but who choose personally to remain United Methodists in the annual conference will receive new appointments. Pastors who want to leave the denomination must either withdraw from conference membership and surrender their ministerial credentials, or they must request transfer to another church or denomination.

United Methodism is splintering. Congregations and clergy are scattering in different directions. The members of the adult class in the Texas church who received a message that a “long-anticipated split” in United Methodism “is now happening” would have learned (if they had attended the pastor’s presentation) that their local church is not leaving the denomination.

We are splintering, not splitting. But that does not mean one is less bad than the other.

Nor is this the first time that the splinters of Methodism have strewn themselves around the landscape of church history.

A short distance from the home in Chatham County, North Carolina, where my wife and I have settled as retirees, is a lovely building known as O’Kelly Chapel. It traces its history back to 1792, when a Methodist preacher named James O’Kelly urged the General Conference to adopt a motion that would have allowed preachers to appeal their appointments to the conference if they felt aggrieved by the place to which Bishop Asbury was sending them. O’Kelly’s motion was defeated. He and several other Methodist preachers then left the conference and formed a new denomination called “the Republican Methodist Church.”

The building that bears his name now sits on land owned by the United Church of Christ. It is managed by a local garden center, which uses the property for its gardening operations and rents “O’Kelly Chapel” to private individuals and groups for weddings or other social functions.

But it is no longer a church. It is just one of the splinters that have been strewn around, as they are every time the followers of Jesus Christ decide that they cannot tolerate a community of faith centered in a prayerful unity under one Lord, despite differences. Today, United Methodists are adding more splinters to the residue of unfaithful and broken discipleship.

Lawrence is an ordained elder and a full clergy member of the North Texas Annual Conference, in the retired relationship. He is Professor Emeritus of American Church History at Perkins School of Theology, Southern Methodist University, where he served as dean for 14 years. He is also a Research Fellow with the Center for Studies in the Wesleyan Tradition at Duke Divinity School.