Pieces of walls painted a bright green lying in ruin are a glimpse into happier times at St. Martin Methodist Church and school. The church lost three faithful members in the earthquake.

On the Sunday after the quake, church went on under tarps and sheets wedged between broken pews and tiny desks. 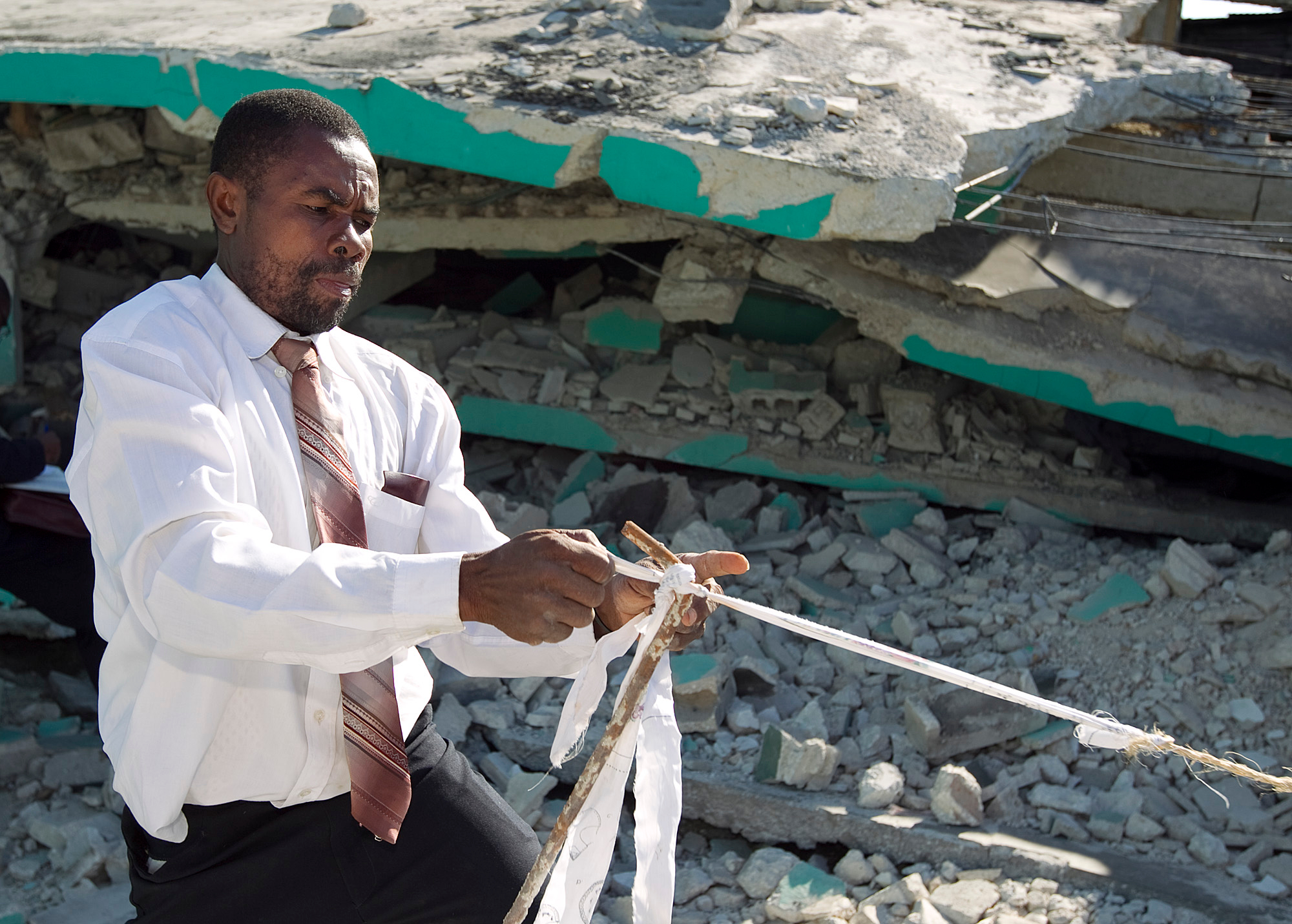 2010: Villou St. Fleur helps erect a temporary sunshade for Sunday worship at St. Martin Methodist Church in Port-au-Prince amid the rubble of the sanctuary and school building. 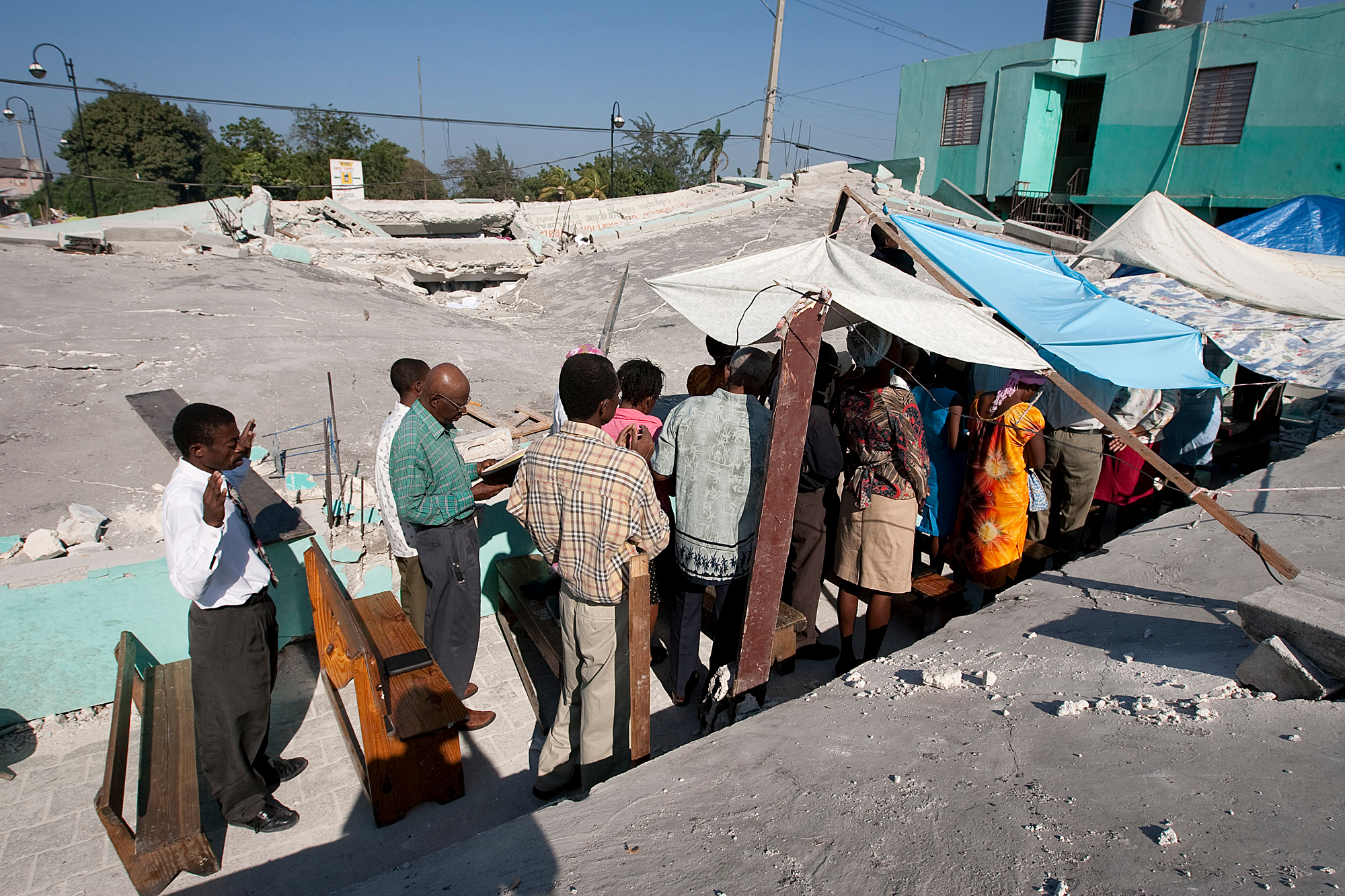 2010: Members of St. Martin Methodist Church in Port-au-Prince hold an outdoor worship service amid the ruble of their destroyed sanctuary. 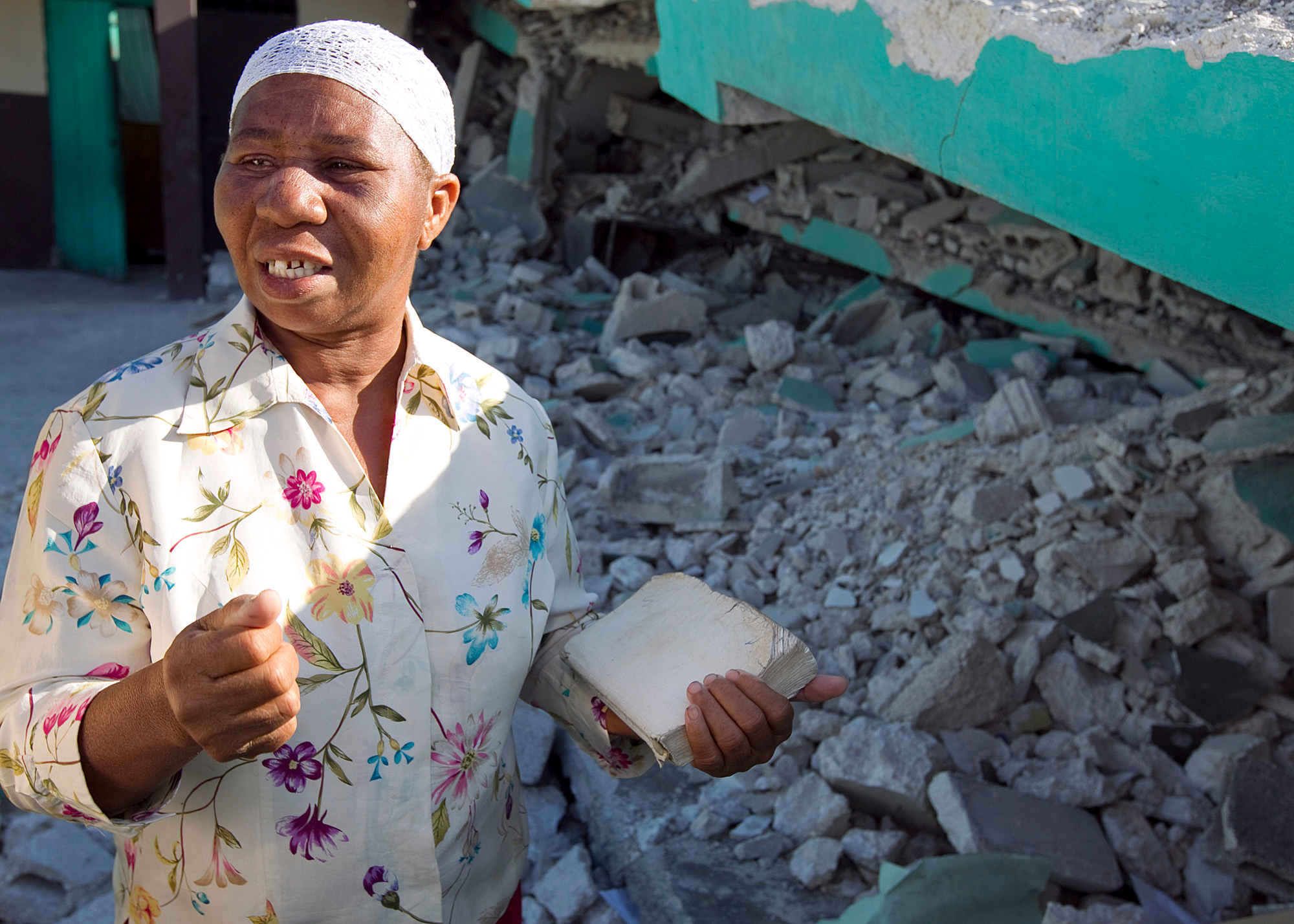 2010: Noelzina Doavil of St. Martin Methodist Church in Port-au-Prince shows where she was trapped in the rubble of the church following the earthquake. Doavil was attending choir practice at the church when the quake struck. 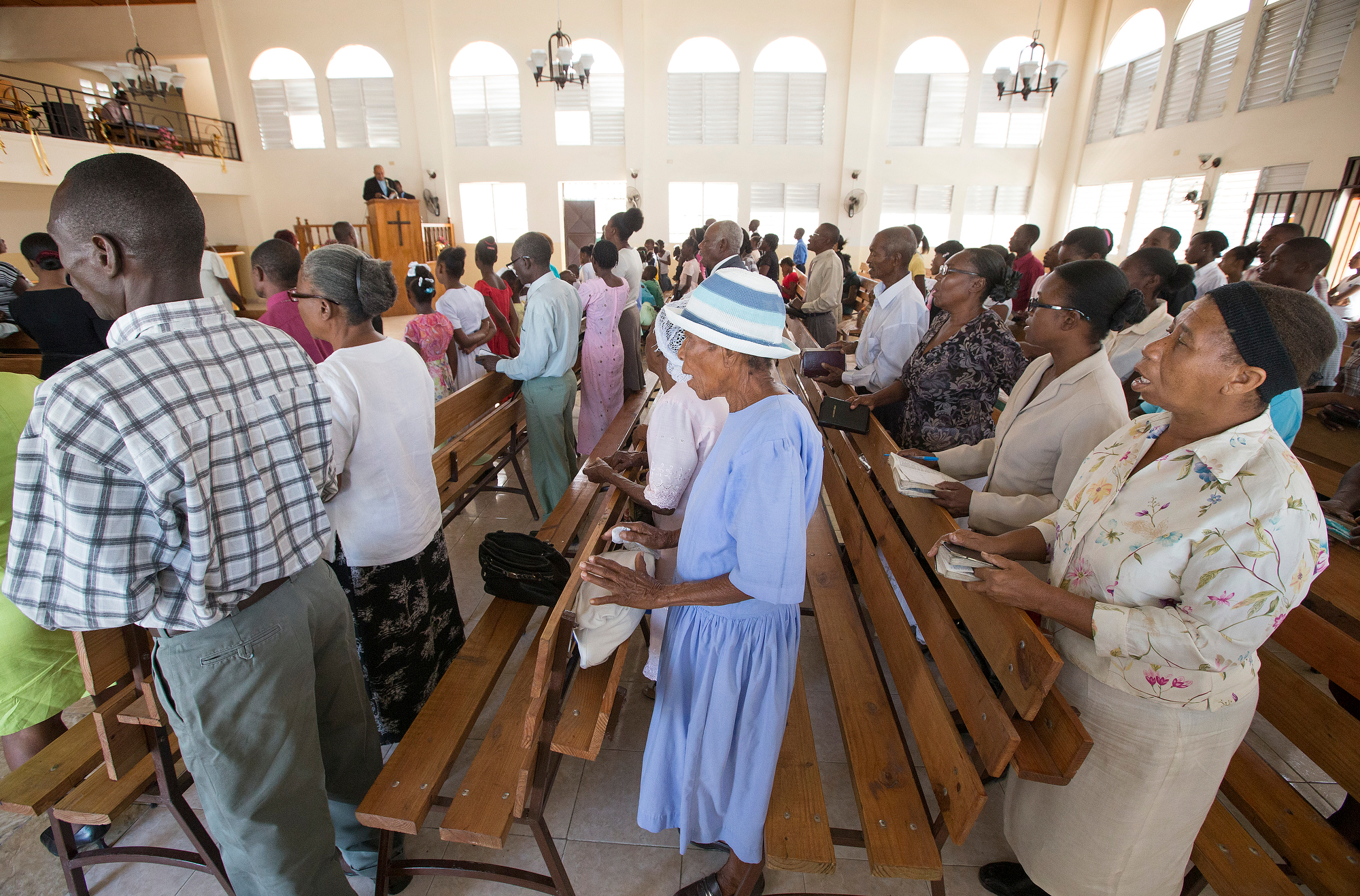 2013: Noelzina Doavil (right) joins fellow parishioners in singing a hymn during worship at St. Martin Methodist Church in Port-au-Prince. The church was rebuilt following the 2010 earthquake. Doavil, who was at choir practice when the earthquake hit, and another choir member were trapped in the rubble  when the church collapsed. Three others died there.

The church and school are back. Gleaming white walls are a testament to the words of the Rev. Moncul Jean on that day after the quake: “None can prevent God from doing his work.” 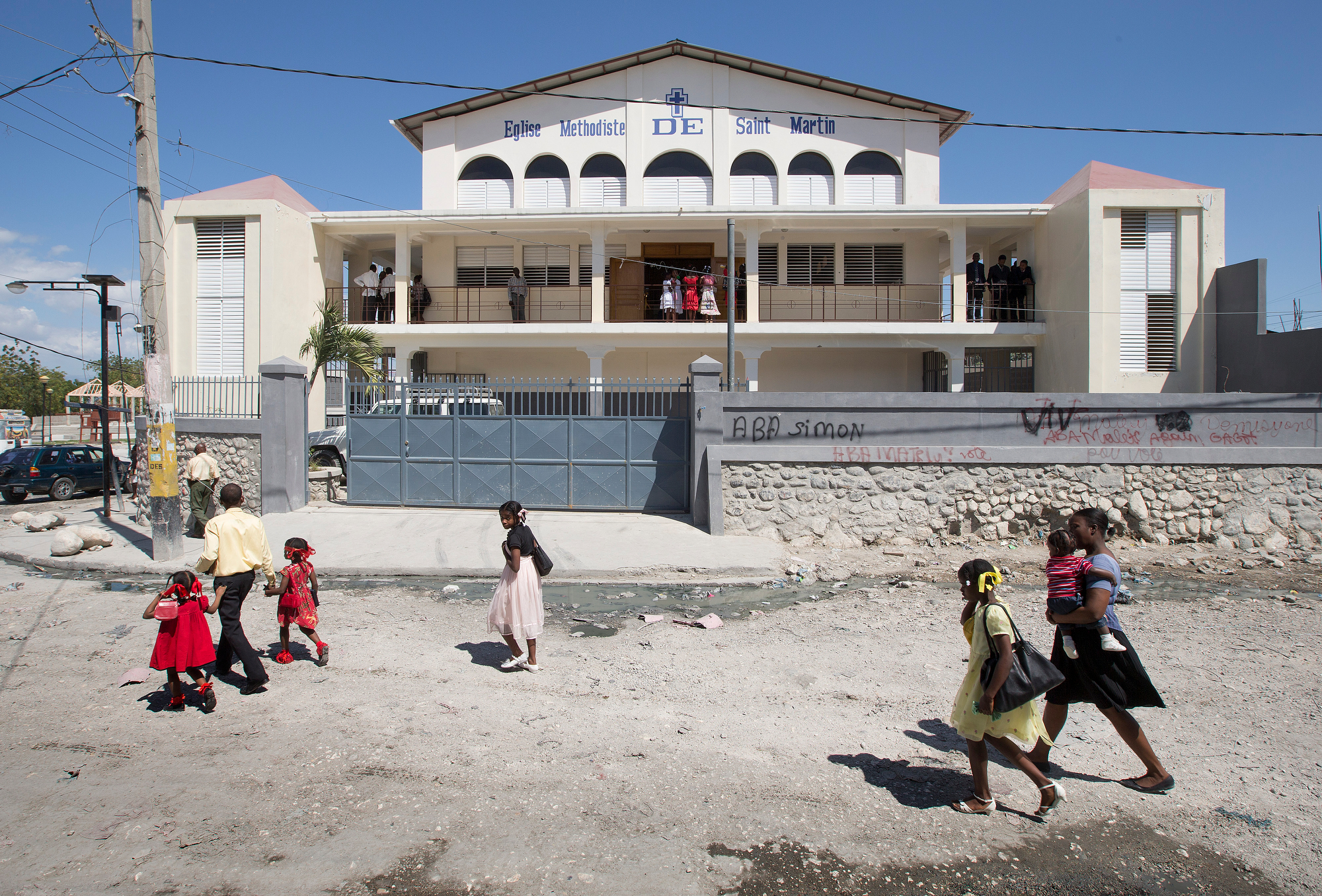 2013: Parishioners walk to St. Martin Methodist Church in Port-au-Prince for Sunday worship. The church was rebuilt following the earthquake and reopened in September 2012. 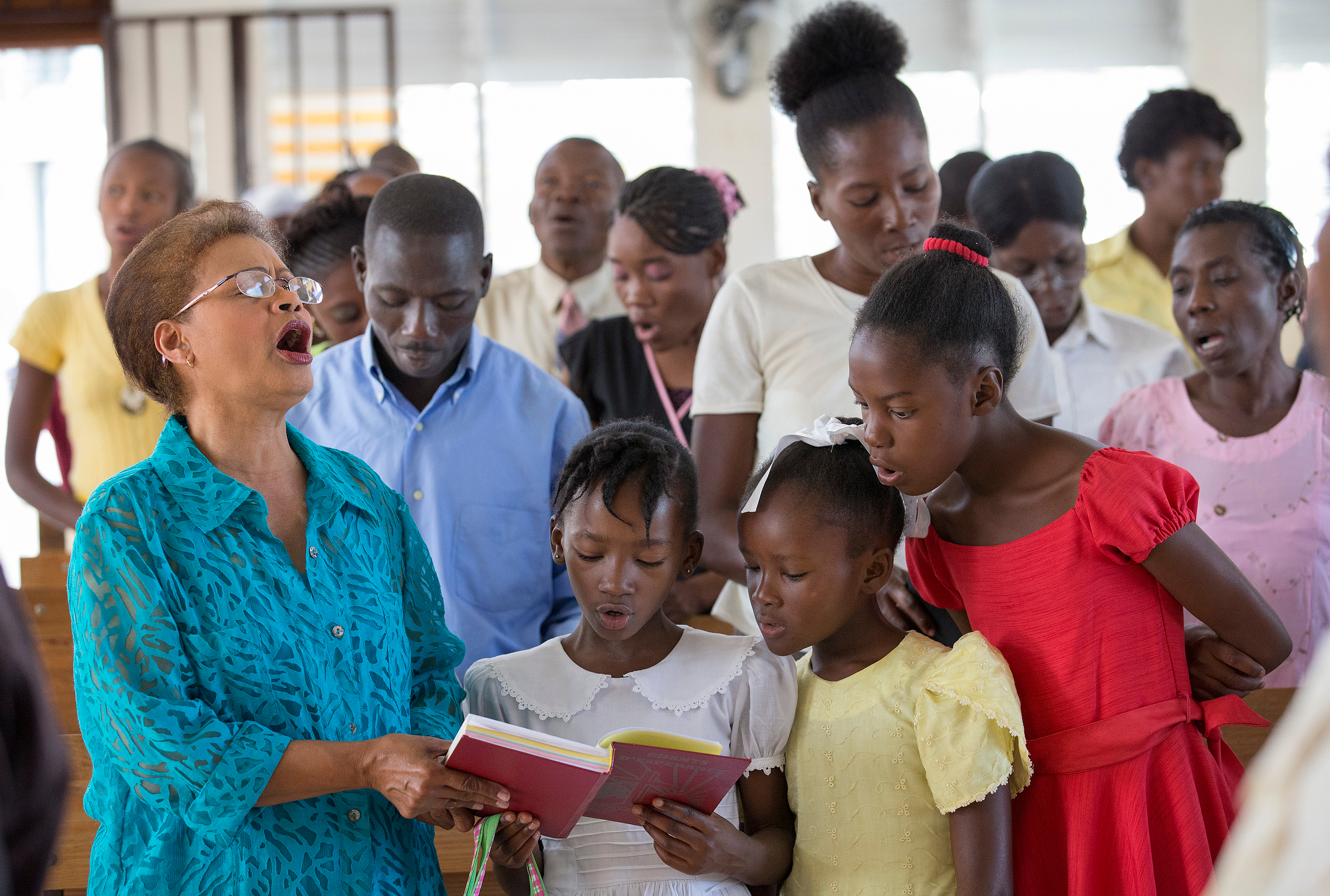 2013: Parishioners sing a hymn during worship at St. Martin Methodist Church in Port-au-Prince

The Rev. Sam Dixon, top executive of UMCOR, and the Rev. Clinton Rabb, executive with the United Methodist Board of Global Ministries, both died when the Hotel Montana collapsed on Jan. 12. They were in the hotel for a meeting on projects to improve life in the impoverished island nation. The Rev. James Gully and Sarla Chand were also trapped but survived.

On Jan. 22, a small group of United Methodists walked up the curving driveway to the hotel for a memorial service that was occurring at the same time a funeral service for Dixon was taking place in Raleigh, N.C. Rabb was remembered Jan. 23 in a service in Austin, Texas. 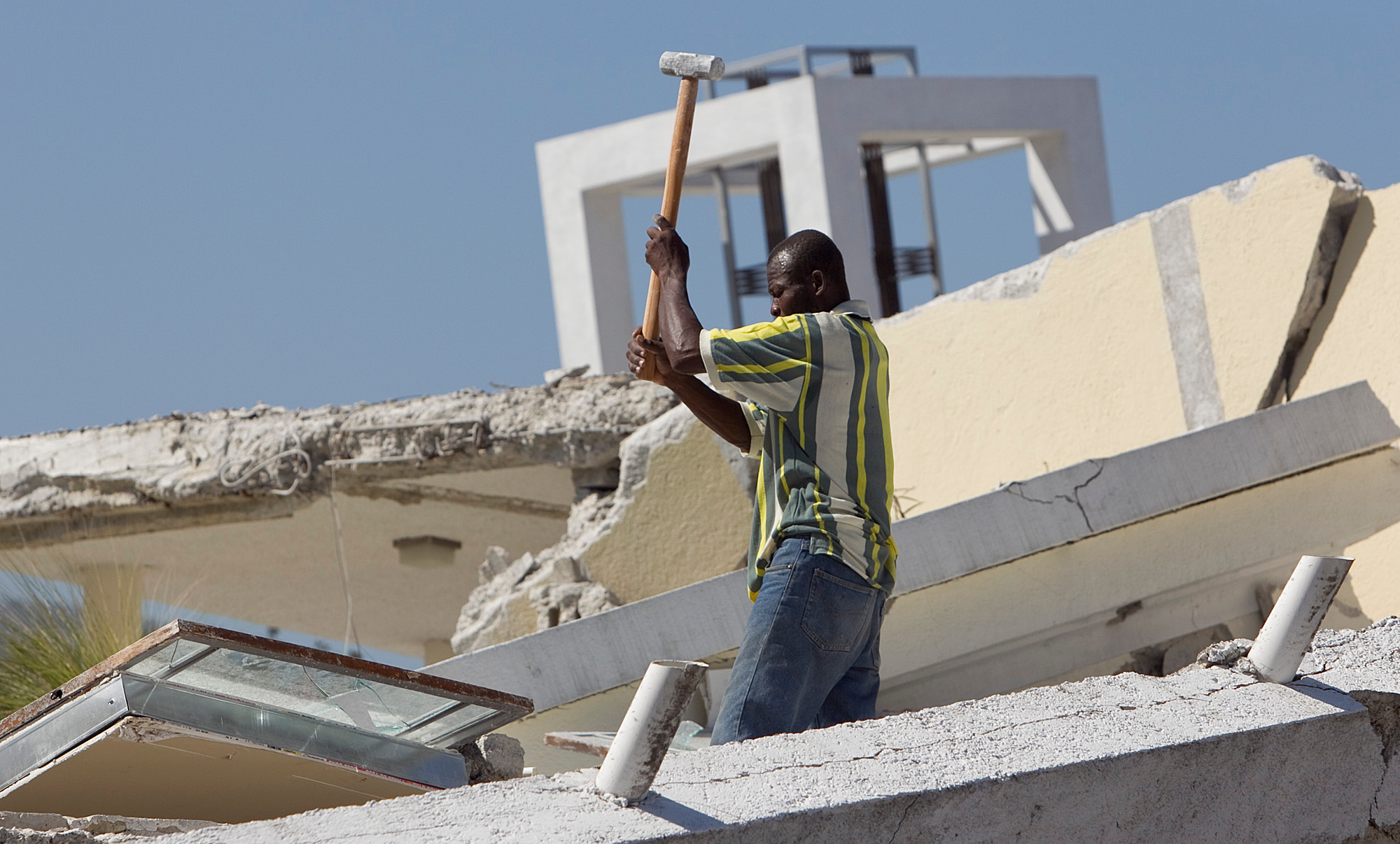 2010: A worker digs through the ruble of the Hotel Montana in Port-au-Prince. 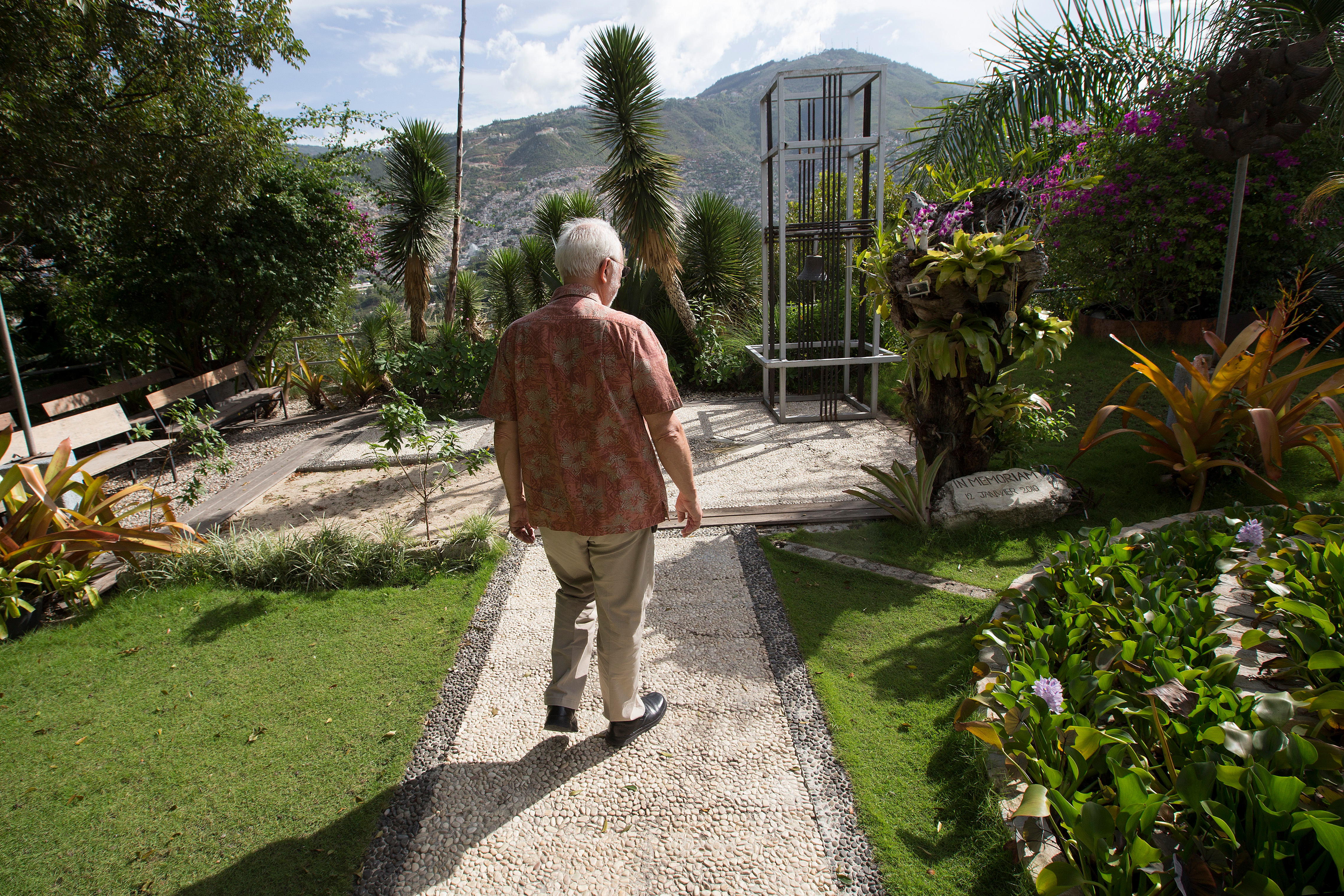 2014: The Rev. James Gulley walks through a memorial garden for those killed during the 2010 Haiti earthquake at the Hotel Montana in Port-au-Prince. Gulley survived the hotel's collapse, after being trapped for 55 hours beneath the rubble. The bell tower at rear, right was salvaged from the wreckage and is visible in the 2010 photo above. 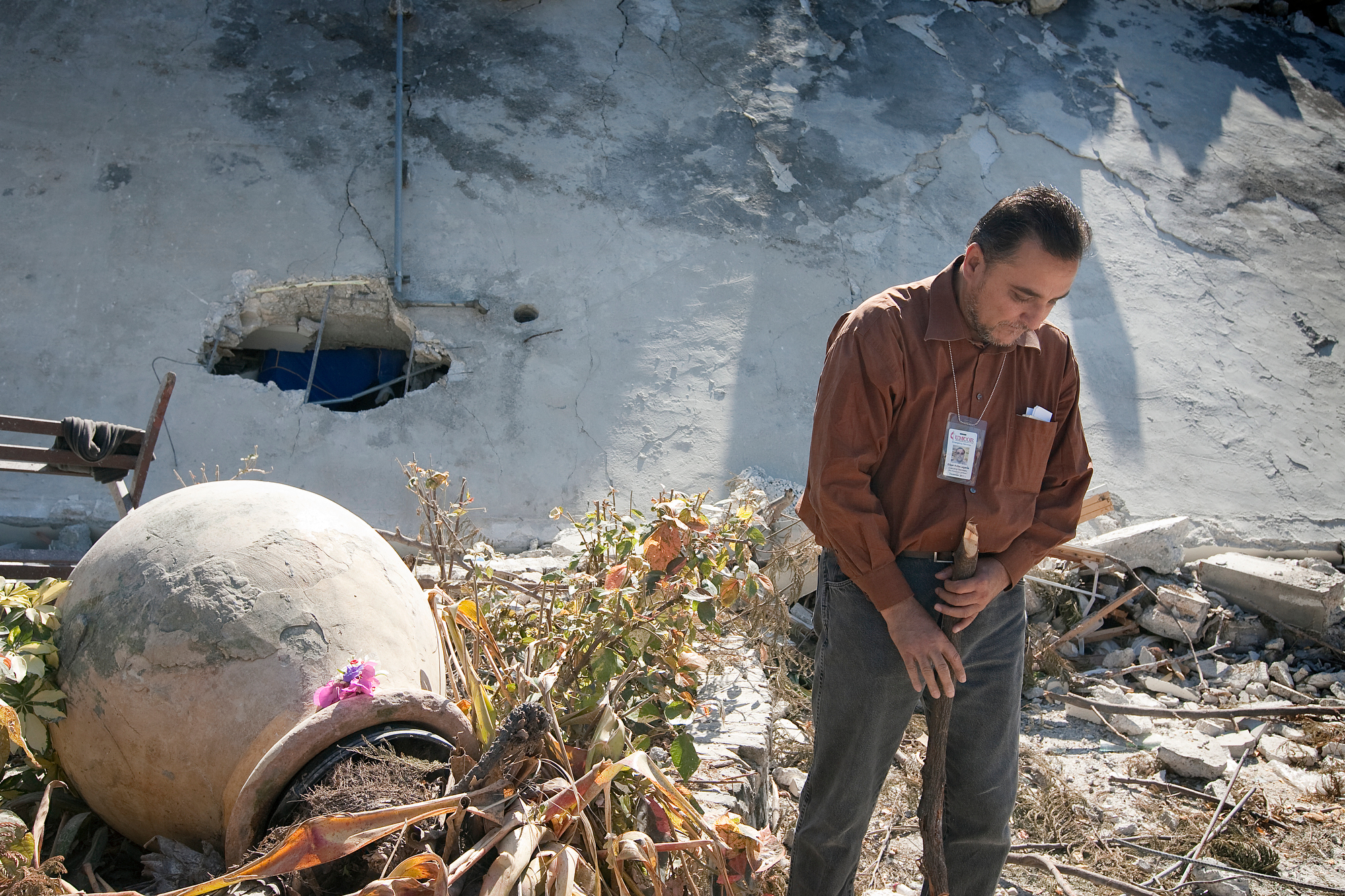 2010: The Rev. Edgar Avitia Legarda of the United Methodist Board of Global Ministries prays amid the debris of the Montana Hotel in Port-au-Prince, Haiti, where the Rev. Sam Dixon, head of UMCOR, was killed. 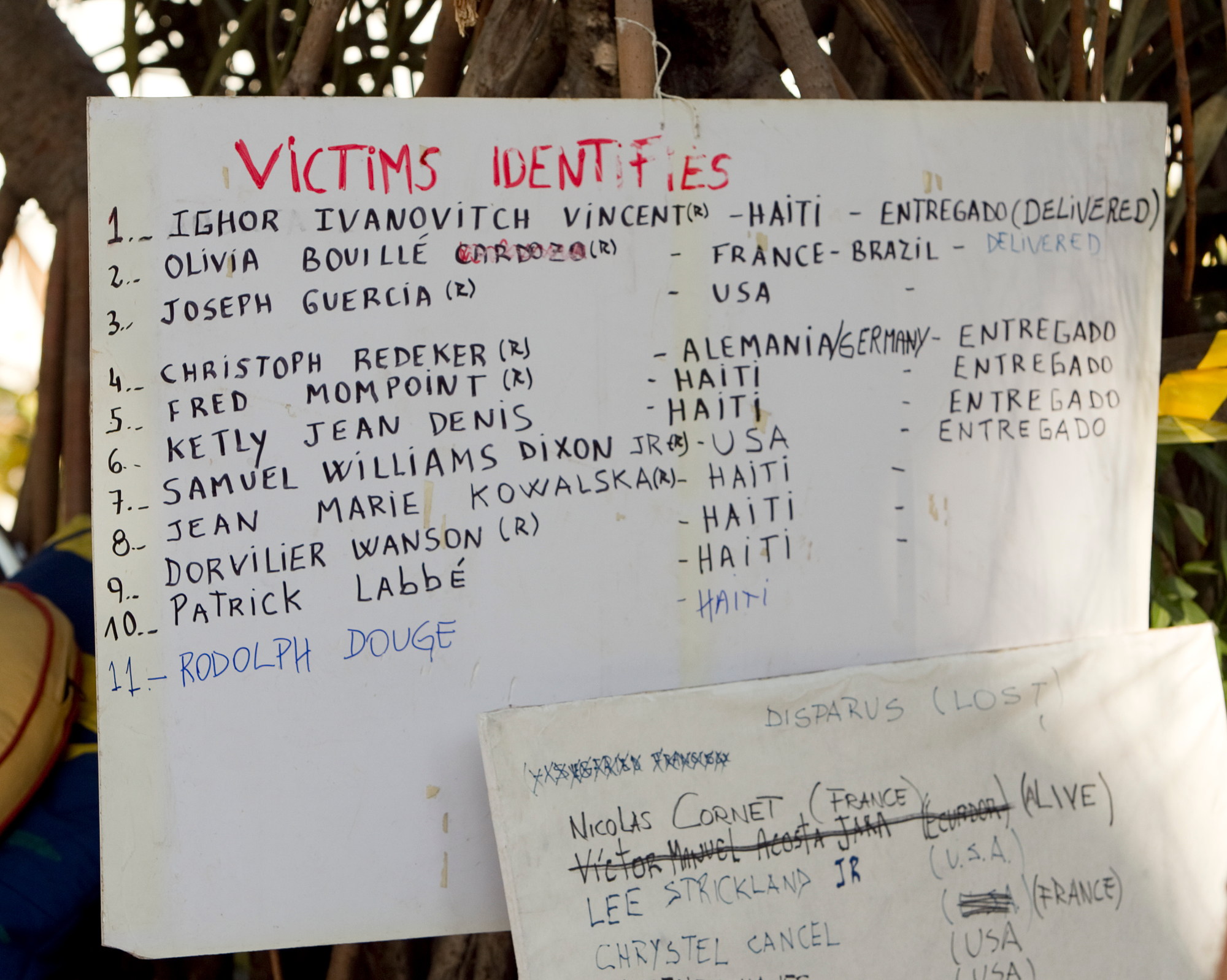 2010: Hand-lettered signs list those killed or trapped at the Montana Hotel in Port-au-Prince. 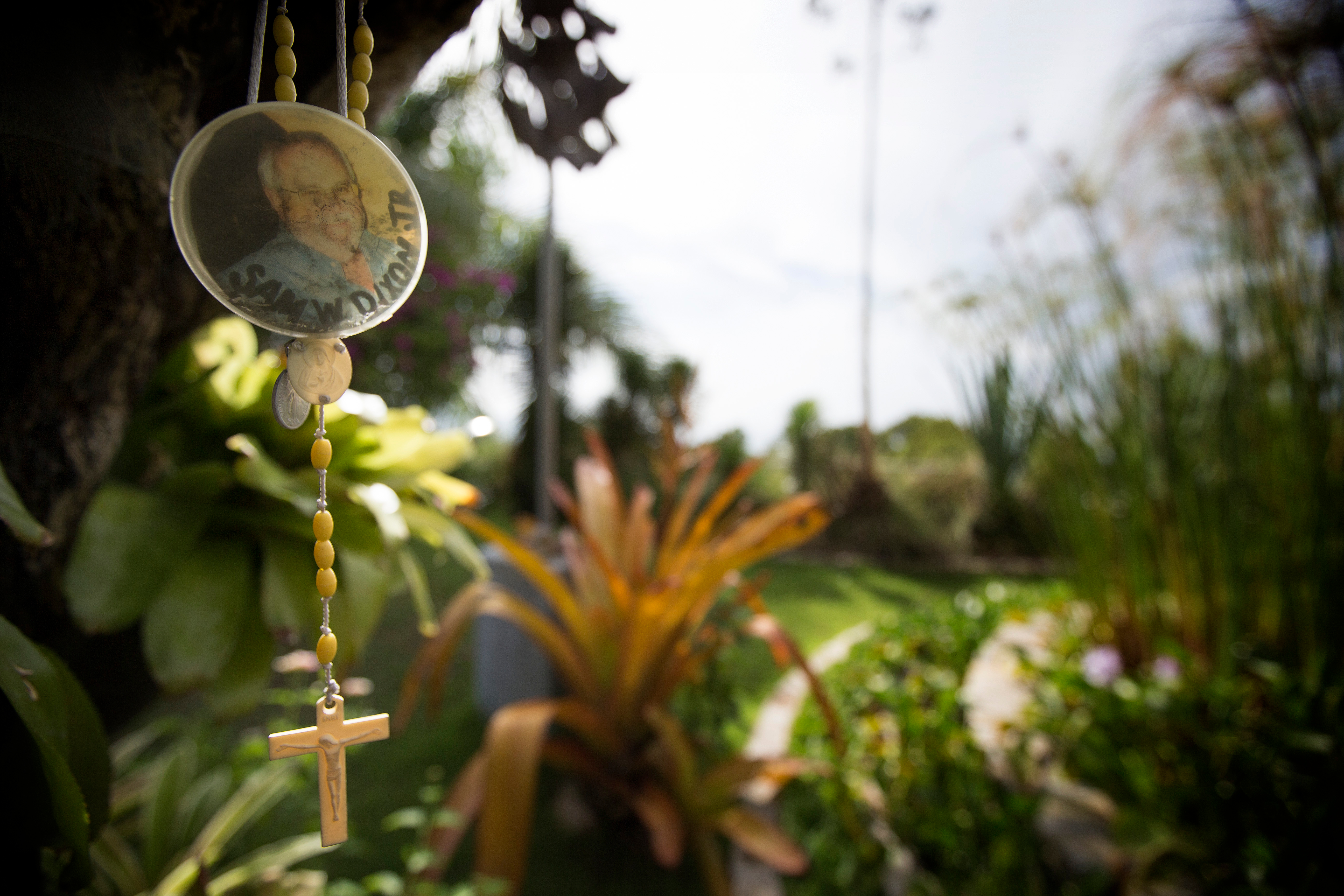 2014: A photograph of the Rev. Sam Dixon hangs in a memorial garden for those killed during the 2010 Haiti earthquake at the Hotel Montana in Port-au-Prince. 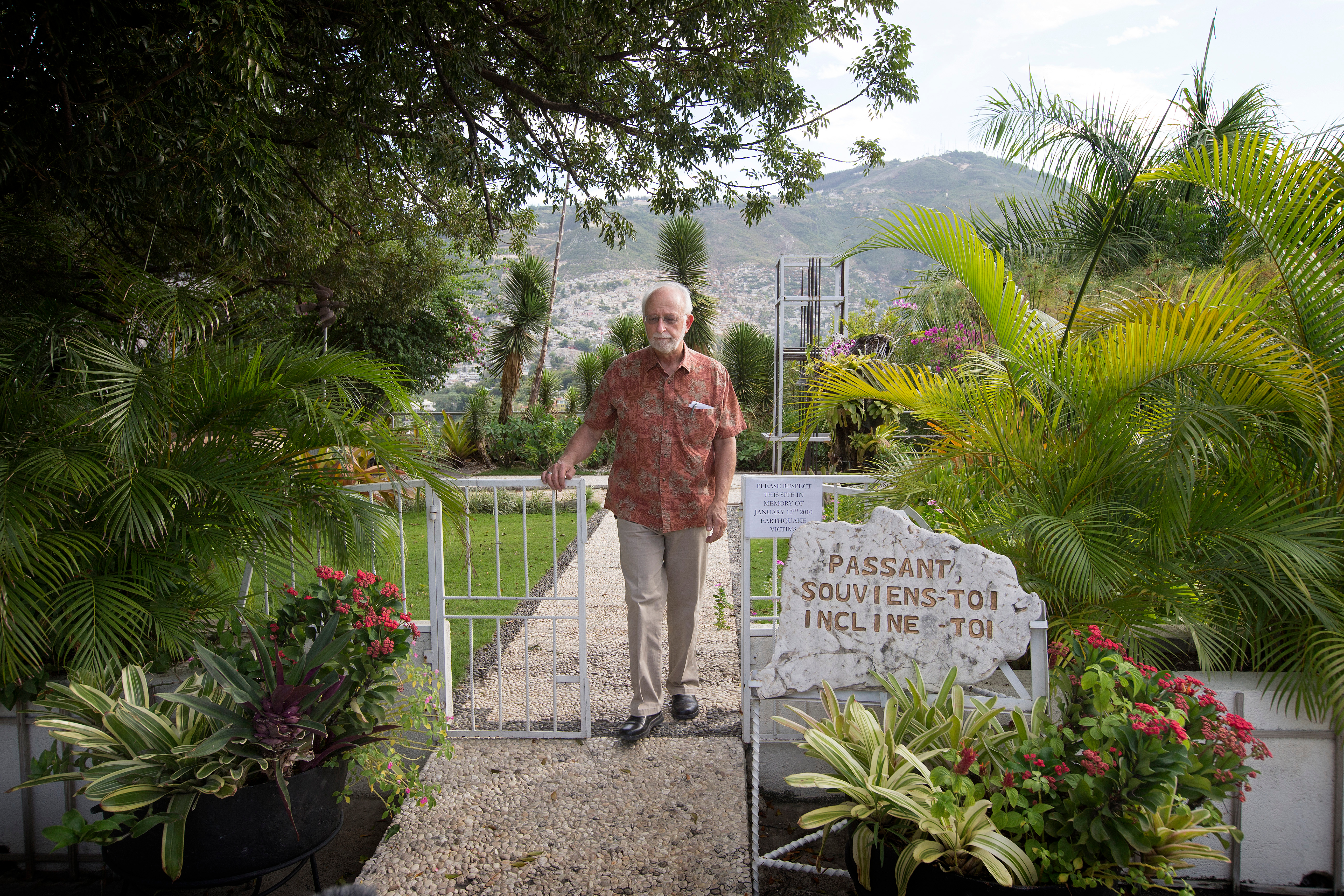 2014: The Rev. James Gulley, in the Montana’s memorial garden, has returned to Haiti many times since the 2010 earthquake.