A soccer field become home to more than 5,000 traumatized Haitians in Léogâne. It was one of many makeshift communities tucked in every corner of the city and in open fields in the outlying areas. Most of the people didn’t have any kind of real shelter that would keep out rain. Wooden poles covered by sheets provided a little respite from the hot sun during the day.

2010: Families crowd a makeshift camp at the municipal soccer stadium in Léogâne, near the epicenter of the earthquake.

2014: Today, the stadium is empty save for a few goats and chickens and a live-in caretaker.

Families hung their laundry to dry on the bleachers and on top of chain-link fences. Children laughed, ran and played in the narrow spaces between the shelters. 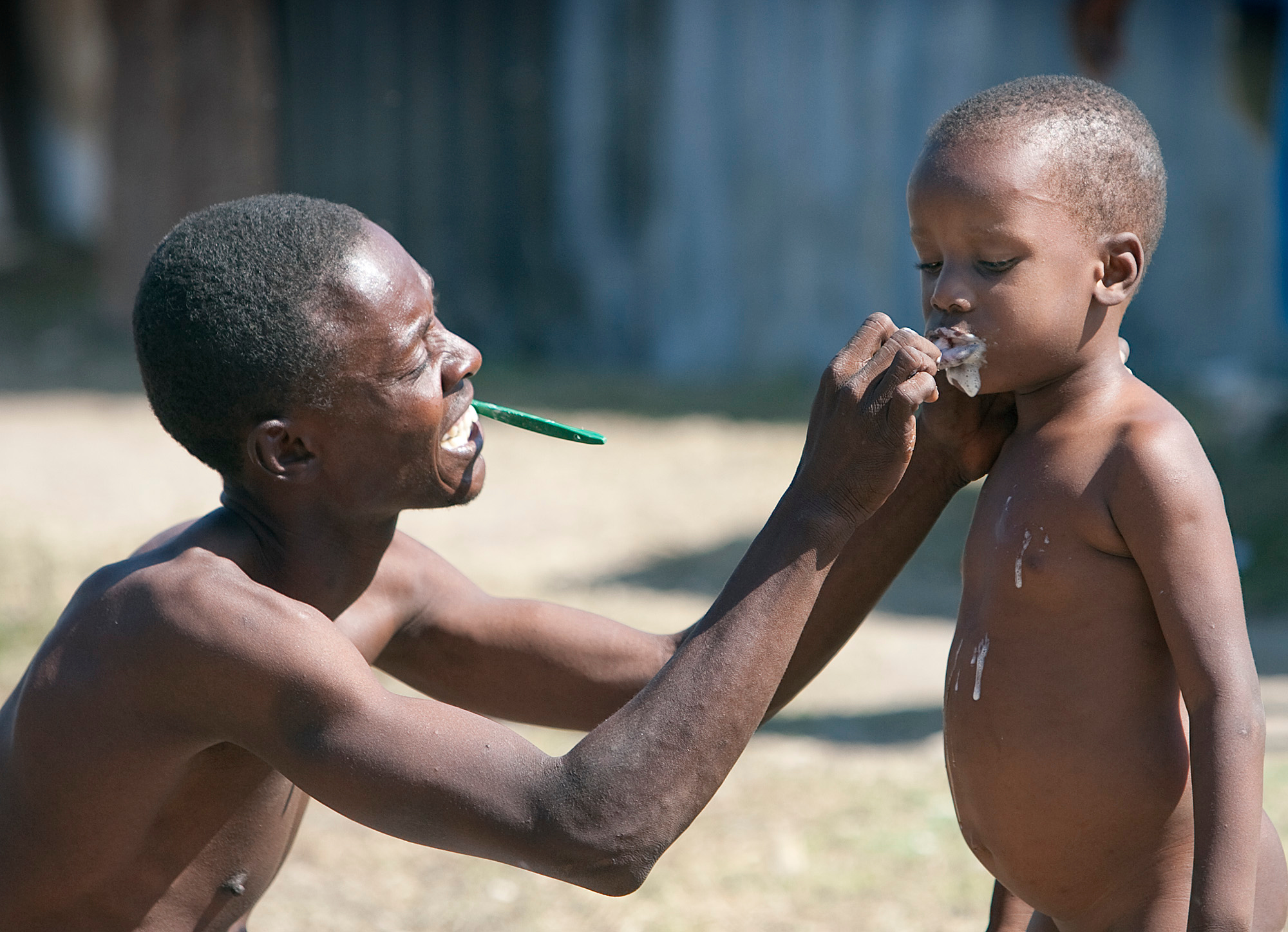 2010: A father helps his son with basic hygiene at a makeshift camp in the municipal soccer stadium in Léogâne.

2010: A girl plays between rows of makeshift homes at a temporary camp at the soccer stadium in Léogâne.

2014: Jean-Louis Andre looks after a few goats and chickens as the live-in caretaker of the municipal soccer stadium in Léogâne.  Andre said he hopes to see soccer games return to the field one day.

A group of residents from this rural town were happy to see members of The United Methodist Church in January 2010. Most of their homes as well as their community school and United Methodist church were rubble. Olga Cange, 62, said “the earthquake broke my house. Now I live like the goats on the ground.” 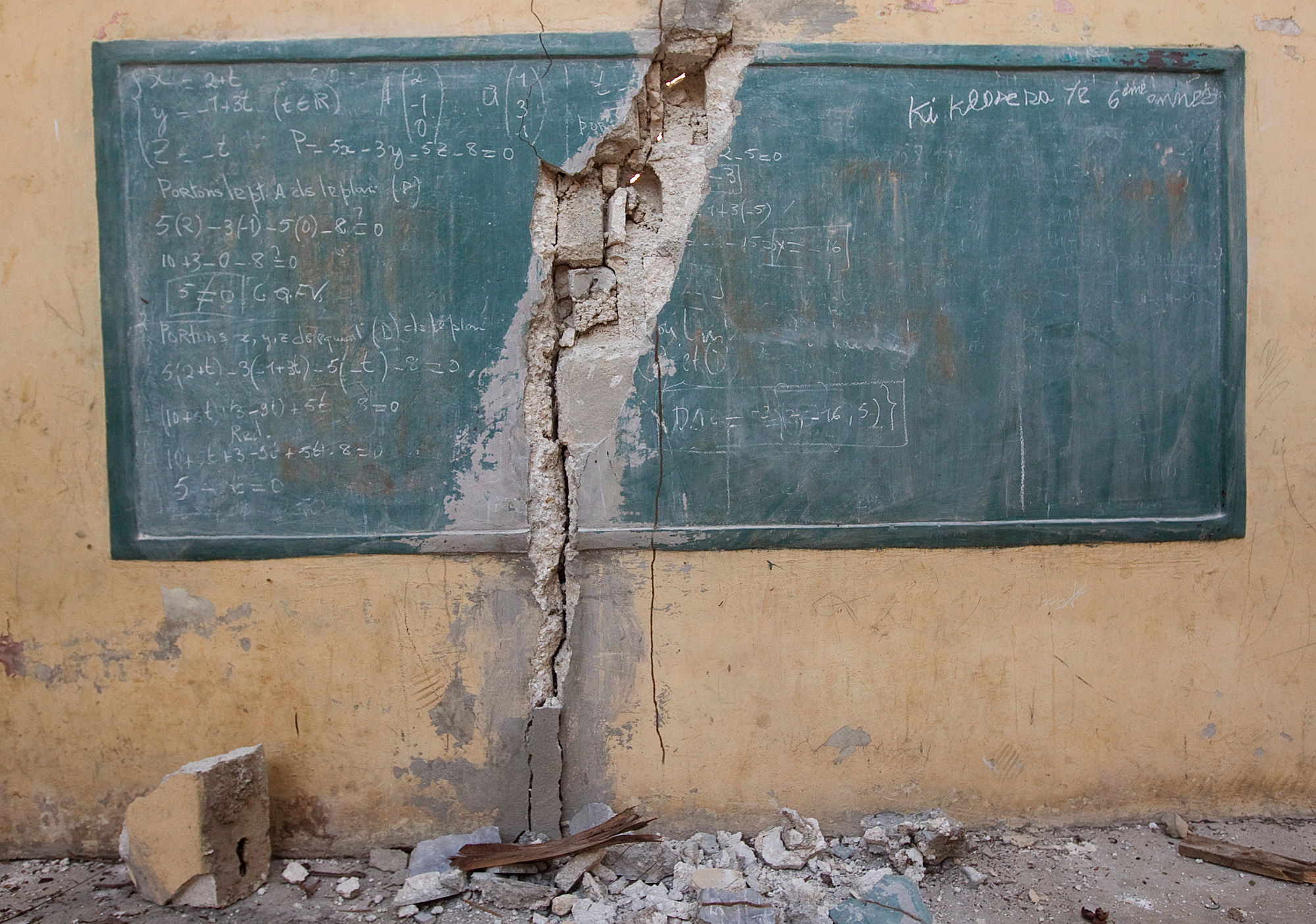 2010: The day's math lesson remains on a concrete chalkboard at the Mellier Methodist School after the earthquake cracked the wall behind it.

UMCOR chose this small rural town for the first food distribution after the quake. Church members helped organize the food distribution. Families were chosen according to the greatest need to receive 18 pounds of rice, three pounds of beans, a quart of cooking oil and a one-pound bag of salt. 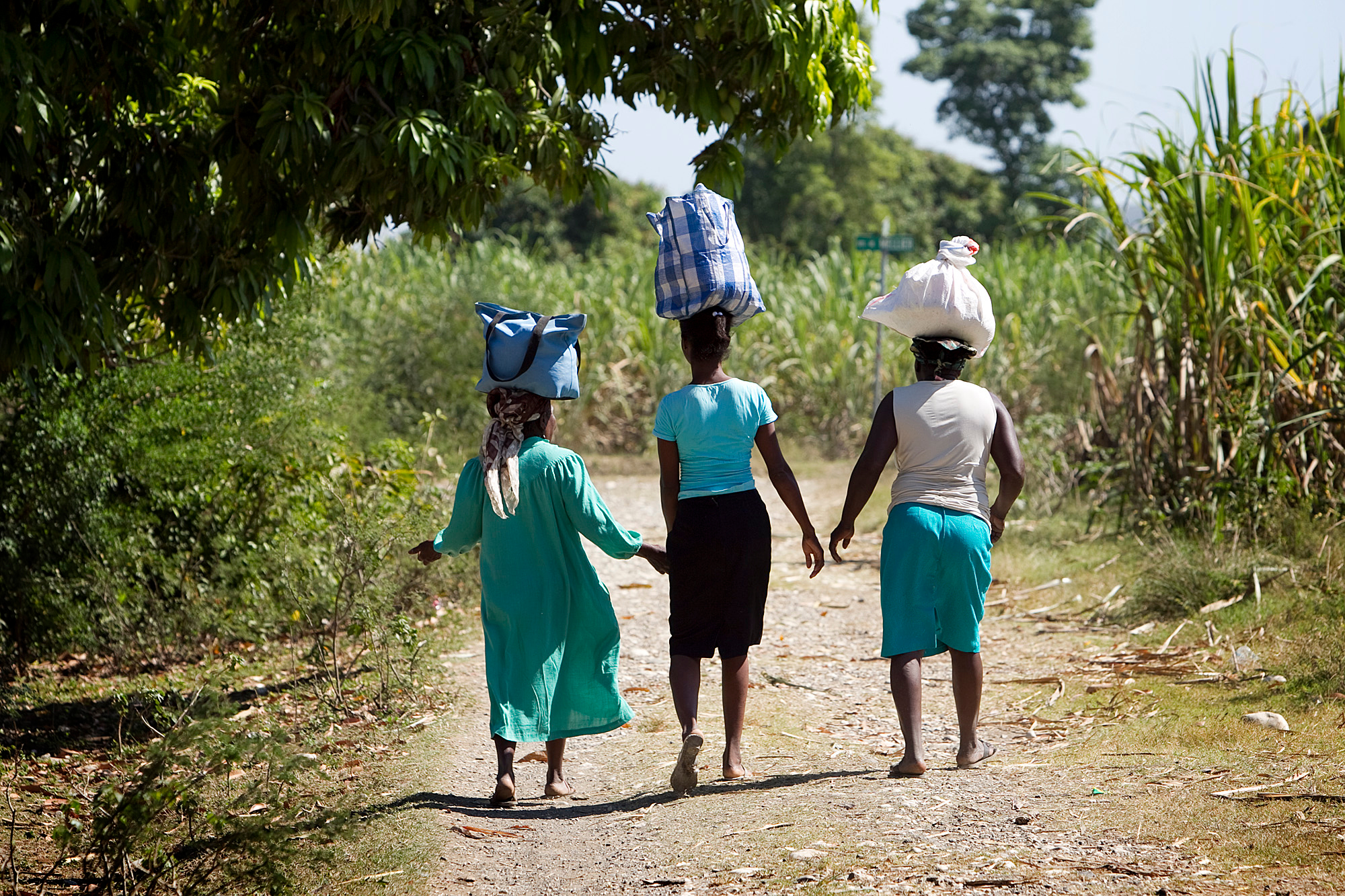 2010: Residents of Mellier leave an aid distribution sponsored by the United Methodist Committee on Relief carrying food parcels on their heads.

2010: Haitian construction workers funded by the United Methodist Church clean up rubble at the Mellier Primary School in November of 2010.

2010: Children pump water in front of the rubble of the Mellier Methodist School in November 2010, nearly one year after an earthquake devastated the area.

2014: Naomie, 7, pumps water from the new well at the Methodist church compound in Mellier. The previous well, which survived the January 2010 earthquake, was moved to make way for a new church sanctuary.

2014: Jean Benoit pushes a wheelbarrow full of water containers from the Methodist Church of Haiti compound in Mellier. A new Methodist church was recently completed almost five years after the earthquake destroyed the previous church and school buildings there.