A landmark U.S. Supreme Court decision this month establishes that The United Methodist Church and other religious groups are free to set their own rules for choosing and dismissing leaders without government interference.

The high court on Jan. 11 for the first time recognized a "ministerial exception" to U.S. employment anti-discrimination laws, a rare unanimous decision many legal analysts are calling the most significant in many years regarding religious liberty.

One likely result is that church leaders will face fewer lawsuits related to employment. However, the ruling also puts more responsibility on The United Methodist Church to prevent discrimination and do justice in its hiring practices, say denominational leaders.

The ruling "affirms the historic separation of church and state by allowing the church autonomy of its religious practices," said Bishop Grant Hagiya of the Pacific Northwest Annual (regional) Conference.

"I believe it will help annual conferences of (The United Methodist Church) avoid frivolous lawsuits out of greed or self-interest," he said. "But, this means that the onus is on our UMC polity to be fair and allow for due process at all costs."

At least one church leader says the court's decision could have implications forthe denomination's 2012 General Conference, where delegates will weigh whether to eliminate job guarantees for elders in good standing. 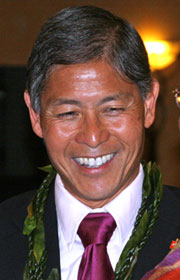 The case before the Supreme Court - Hosanna-Tabor Evangelical Lutheran Church and School v. Equal Employment Opportunity Commission - dealt with a teacher at a Lutheran Church-Missouri Synod school who said she was fired in retaliation for her discrimination claim under the Americans with Disabilities Act. The teacher, Cheryl Perich, had developed narcolepsy.

"The interest of society in the enforcement of employment discrimination statutes is undoubtedly important," Chief Justice John G. Roberts wrote in the ruling joined by all nine justices. "But so too is the interest of religious groups in choosing who will preach their beliefs, teach their faith, and carry out their mission."

Roberts added that by imposing an unwanted minister, the state would infringe on the First Amendment's right to free exercise of religion and violate its ban on Congress establishing religion.

The United Methodist Church's General Council on Finance and Administration joined other denominations in a friend of the court brief on the prevailing side.

Lower courts have endorsed the concept of "ministerial exception" for some 40 years, and all federal appellate court circuits accepted it before this month's ruling. However, the Supreme Court has set a strong precedent, said Rick Rettberg, general counsel with the General Council on Finance and Administration.

The denomination does not keep track of the employment discrimination lawsuits that conferences and other church bodies have faced, he said. "But there are such cases," Rettberg said, "and I would expect that if people choose to bring them at all in the face of this decision, the likelihood is those cases are not going to get very far in the courts."

Where the Supreme Court's ruling is less clear is just who qualifies as a minister under the ministerial exception. The chief justice wrote that the court was reluctant "to adopt a rigid formula" on the question.

The Lutheran Church-Missouri Synod had commissioned Perich, who taught religion courses as well as secular subjects and led students in prayer and daily devotionals.

Without doubt, the exception applies to ordained clergy, Rettberg said, and could apply to some lay staff as well. 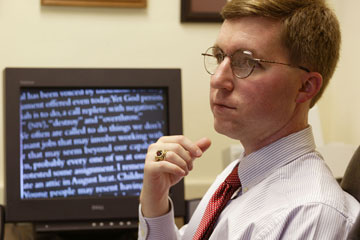 The Rev. Eric Pridmore
A UMNS photo by Mike DuBose.

However, Rettberg and other church leaders are quick to point out that the Supreme Court's decision should not lessen The United Methodist Church's commitment to preventing discrimination based on race, ethnicity, gender or disability.

"If the EEOC guidelines don't apply to the church, then we need to make sure we are advocating for those justice concerns within our own structure," said the Rev. Darryl W. Stephens, the staff executive who oversees advocacy and sexual ethics for the United Methodist Commission on the Status and Role of Women.

The court's ruling, he said, makes the case for "the heightened relevance" of his commission and the United Methodist Commission on Religion and Race, agencies charged with monitoring race and gender discrimination.

The Rev. J. Eric Pridmore, a United Methodist pastor in Mississippi and co-chair of the United Methodist Association of Ministers with Disabilities, said clergy must be both physically and mentally healthy to be ordained. But, he added, that the Book of Discipline - the denomination's law book - is clear that disability by itself should not be a disqualifier from ministry.

"As a denomination, we recognize that those with disabilities have something to offer and they can and should be included in ordained ministry," said Pridmore, who is co-pastor with his wife of First United Methodist Church in Poplarville, Miss. "However, the way in which that gets practiced is sometimes problematic."

He said clergy sometimes struggle with appointments that do not take into consideration their physical challenges or the disability of a family member. For example, a pastor who uses a wheelchair may be appointed to a church with a parsonage that is not handicap-accessible. Pridmore, who is blind, said bishops and cabinets occasionally don't take into account the importance of accessible public transportation for the legally blind. 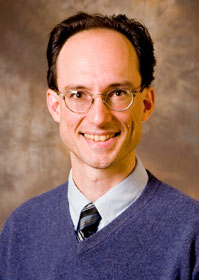 Pridmore said one particular concern is legislation going before General Conference, the denomination's top lawmaking body, to drop "security of appointment" for elders. The 2012 General Conference will meet April 24-May 4 in Tampa, Fla.

The Study of Ministry Commission has submitted legislation that permits bishops and their cabinets to give an elder in good standing a less than full-time appointment. The legislation also would permit bishops and their cabinets, with the approval of their boards of ordained ministry and annual conference's executive clergy session, to put elders on unpaid transitional leave for up to 24 months.

Pridmore said the recent court ruling may inform the debate on the proposed change.

Guaranteed appointment offers "a real safety net for those of us with disabilities will be appointed and not presumed to be incapable," he said.

However, Hagiya - a bishop and member of the ministry study group - said he does not see the ruling having much impact on the proposed legislation.

"We believe our internal polity must change in order to make better missional appointments," he said. "The Ministry Study totally believes in protection of women, ethnic minorities and prophetic pulpits, and we name a process to provide a check and balance to ensure the rights of such clergy from arbitrary appointment decisions."