Editor’s note: UM News is using first names only for some of those interviewed due to the stigma associated with incarceration.

Attendees of the sixth National Summit on Mass Incarceration were urged to go back into their churches and communities and open conversations about ways they can work toward criminal justice reform.

The summit, a collaborative partnership between Strengthening the Black Church for the 21st Century and ExodusFoundation.org, was held Oct. 19-22 at University City United Methodist Church in Charlotte, North Carolina. Begun in 2012 and held every two years, this was the first in-person session since 2018 after having a virtual summit in 2020.

“It’s not for everybody. It’s not sexy, but it is sacred,” he said. “We have to get comfortable with being uncomfortable.” 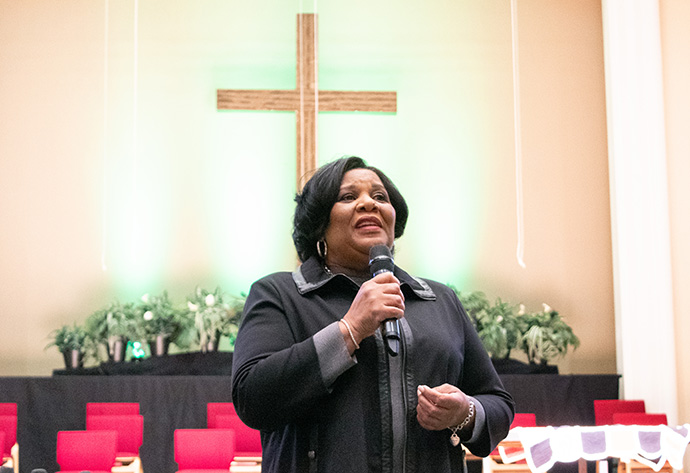 Minister Saun Hough, associate pastor of Crossroads United Methodist Church in Compton, California, said the church “often represents the moral voice of our community and can shape the moral voice of the community through our sermons. We cannot have this voice and stay silent.”

To illustrate how many are affected by mass incarceration, Bowie asked for a show of hands by anyone at the event who has been incarcerated themselves, or has a family member or other person in their life who is. All but a few raised a hand.

Numerous workshops addressed a variety of topics concerning prison ministry and mass incarceration, including the latter’s impact on women and children, as well as ways for churches to advocate for those with prior criminal records, and how to engage the community.

In a workshop on beginning a prison ministry, Cedric Jordan of Concord Church Prison Ministry in Dallas said the first step must always be prayer.

“Prayer is the foundation for your ministry, and you’ve got to be prayed up because there’s so much disappointment in prison ministry,” he said.

He also emphasized that it is vital to determine the qualifications and provide necessary training for volunteers.

“If you don’t equip them, they’ll be through with that ministry and they could discourage others by sharing their bad experience,” Jordan said. 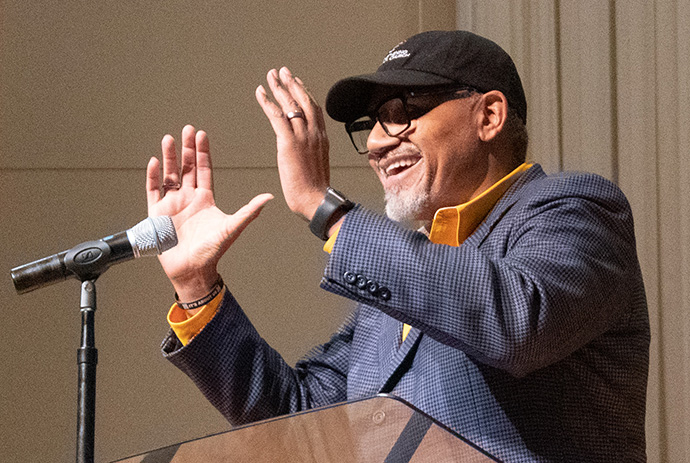 The Rev. Adrienne Zackery, lead pastor of Crossroads United Methodist Church in Compton, California, discussed in a workshop the various criminal justice reform ministries her congregation is involved in — including hosting expungement clinics, where attorneys work with people looking to remove or reduce past criminal charges.

Zackery said that, at the beginning, the congregation was hesitant, but after the first expungement clinic, they were excited.

“Where people have hopelessness, it’s the responsibility of the church to fill in that gap,” she said. “Is the church not the place where second chances happen?”

Many of the speakers and workshop leaders are formerly incarcerated persons. Toska Medlock Lee, national program consultant for SBC21, said that was an intentional experience for attendees.

“They’ve now heard and seen the impact that mass incarceration has on people, and it wasn’t something they saw on TV,” she said. “They actually sat down and broke bread with someone and heard their story.” 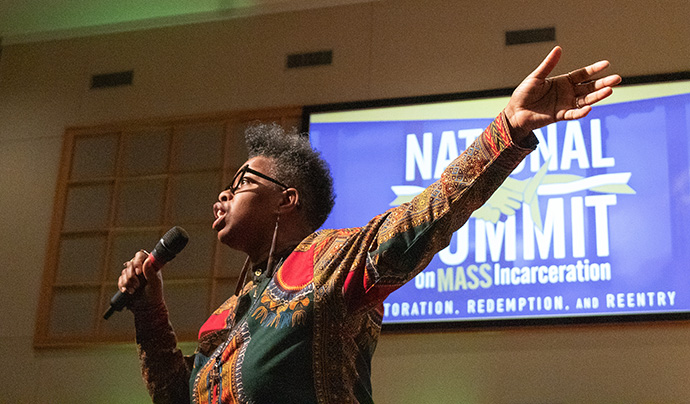 One of the most powerful moments was a panel discussion featuring five women incarcerated at Western Correctional Center for Women in Black Mountain, North Carolina, who were furloughed in order to appear at the event.

One of the women, Gina, had been a pharmacy technician and married to a United Methodist pastor. Her marriage fell apart and she said she fell in with a bad influence who talked her into stealing from the pharmacy. This led to a drug trafficking conviction.

She’s been incarcerated for three years and said the most difficult thing is being away from her 10-year-old son. Her ex-husband can bring him for occasional visits, but it’s a two-and-a-half-hour drive and, she said, “Phone calls are hard to get to know a little one.”

Gina said that because of her Christian upbringing, she struggles with shame over her current reality.

“This is not who I am at all, but I feel like this time away pulled me out of darkness,” she said. “I’m more grounded in my faith than ever.”

Gina had earned an undergraduate degree in Christian education before her arrest and said that when she is released, she is considering attending seminary to become a prison or hospice chaplain.

Hough from Crossroads United Methodist also spoke of darkness experienced by the formerly incarcerated. Though he was released from prison 10 years ago, his felony record still creates barriers.

“Felony records are a darkness that people don’t know we deal with. There are so many things I cannot do because of that felony,” he said, citing examples like housing applications asking about past convictions or the number of professional licenses that someone can’t apply for with a felony record.

The event held a screening of “TIME,” the Oscar-nominated Amazon original documentary about Sibil Fox and Rob Richardson — better known as FoxandRob — and Fox’s two-decade campaign for the release of her husband, who was serving a 60-year sentence for a robbery they both committed in the early 1990s.

In a question-and-answer session afterward, the couple talked about the struggles of fighting an unjust system, parenting six children while Richardson was incarcerated, and their ongoing efforts to help families suffering from the hardships associated with the criminal justice system.

“When a family has a loved one locked up, you all are locked up,” Fox said.

Their Rich Family Ministries provides the accused and their families with legal awareness to be more actively engaged in their own legal matter.

“Nobody was ever coming to save our family; only we were going to show up for us. It shows that God has equipped us all with the tools that we need to free us,” Fox said.

The ecumenical summit featured a mix of faith leaders and those who work in the corrections system.

Joseph Styles, a reentry coordinator for Correction Enterprises in Raleigh, North Carolina, said the faith community is a natural partner.

“When people struggle, the church has always been the one there to pull them up,” he said. “If the corrections system and churches collaborate, we could change the dynamics of how prison reform works.”

Styles said that North Carolina’s Department of Public Safety reentry program offers job skills training as well as help with résumé writing, financial literacy and how to interview for a job. As people leave prison, the program is able to connect them with people and resources where they will be living after their release — be it help with housing, finding jobs or emotional health counseling to deal with the trauma of both being in prison and adapting to life outside of it.

The Rev. Patience Brumley, a retired United Methodist deacon from Harrisburg, North Carolina, came to the summit in the hopes of making connections with someone in the corrections system.

She wants to start a program that will bring formerly incarcerated men who’ve successfully reentered society into prisons to share their stories, but she’s been struggling to navigate the bureaucracy.

Brumley lifted up Anthony, whom she met 24 years ago when he was in prison. She now considers herself “his adopted grandmother.” During his incarceration, Anthony attained three associate degrees, a bachelor’s degree and a master’s in business administration. His sentence was commuted in March and he was recently approached by Duke University to interview for a criminal justice policy analyst position.

Anthony’s experience is why Brumley said she’s such an advocate for criminal justice reform.

The summit’s main keynote speaker was Alice Marie Johnson, who had served 21 years of a life sentence for her connection to a drug trafficking conspiracy before her cause was taken up by celebrity Kim Kardashian, leading to a commutation of her sentence in 2018 by President Donald Trump, who also granted her a full pardon in 2020.

Johnson noted the irony of being pardoned by Trump, who she said a week before her commutation had commented that drug dealers should be executed.

“But,” she said, “he heard the human part of my story,” and then he began listening to her about others who deserved clemency. Her story became a catalyst for the passage of the First Step Act, which has helped more than 22,000 people go home early.

“God’s purpose was way better than any plans I had, and now I’ll never stop fighting to bring home as many as I possibly can,” she said.

Medlock Lee said she hopes that faith leaders will leave the summit equipped to “lean into” the work of criminal justice reform.

“I feel like people leave feeling they know their neighbor a little better,” she said. “The first thing is awareness; the second thing is action.”

United Methodists keep familiar ministries going and find new ways to serve as much of the U.S. bakes.