The new policy, launched in September in Sierra Leone, was good news for established schools whose teachers are paid by the government. But while the new United Methodist school in Kabala awaited government approval and the resulting funding, all but 12 students transferred to government-assisted schools so their parents would not have to pay fees for administrative costs.

When Sierra Leone Episcopal Area Bishop John K. Yambasu heard of the situation in Kabala, he paid 2.5 million Leones (an equivalent of U.S. $300 at the time) to cover student fees and avoid school closure. Yambasu asked head teacher Thomasia Lebbie to share the news with parents to allay their fears.

For primary schools, the government provides three core textbooks, free tuition, exercise books, bus services for schools in cities, feeding programs for those in vulnerable communities and teacher training. The package for junior and senior secondary schools includes free tuition and fees for all public exams and core textbooks. 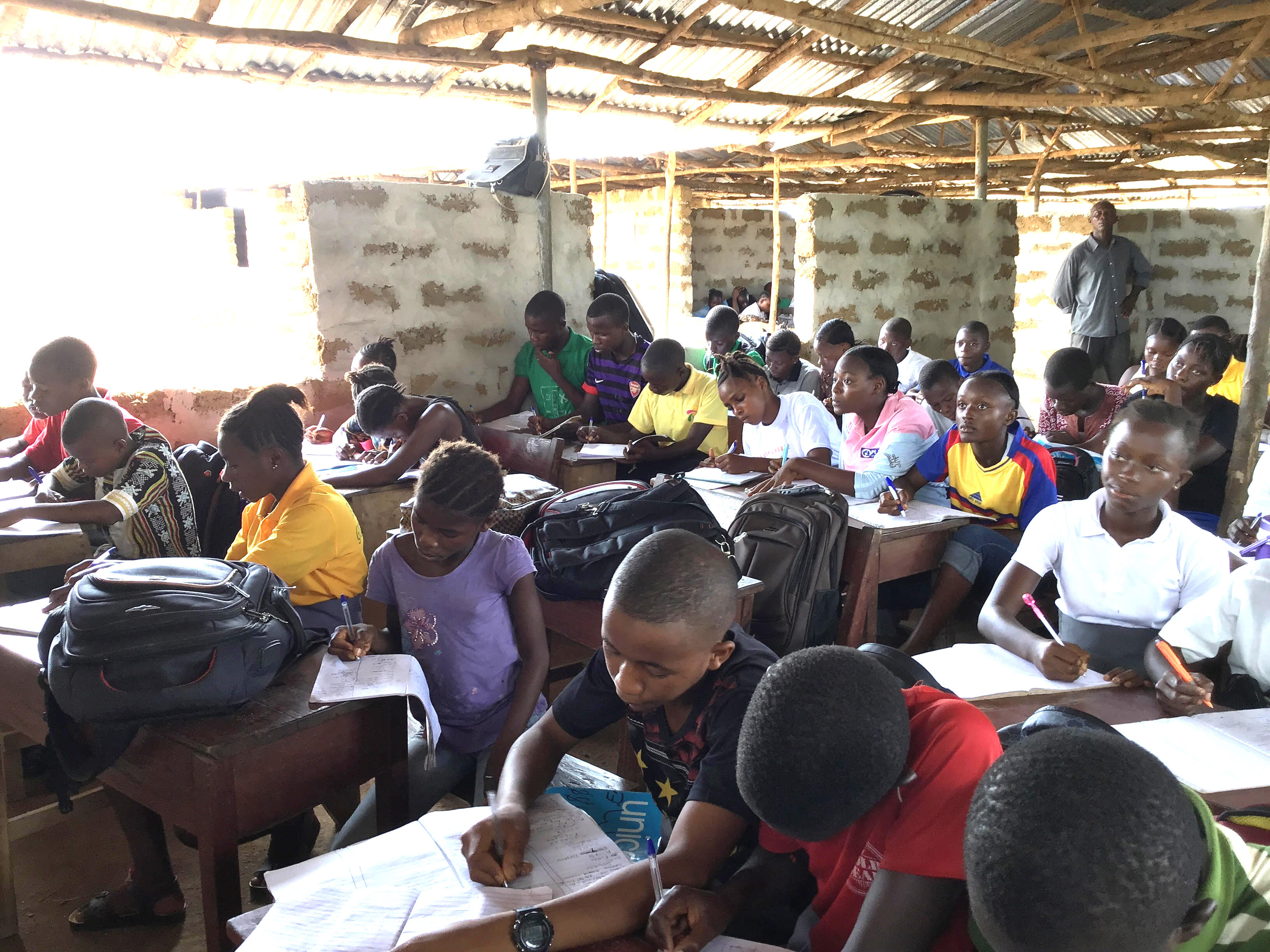 Pupils of Sir Milton Margai Junior Secondary School in Gbangbatoke, Sierra Leone, squeeze into an unfinished building. The United Methodist school has yet to be approved for government funding under the new free education program, but school leaders hope that will happen soon. Photo by Phileas Jusu, UMNS.

At the Joseph and Caroline Wagner Secondary School, introduction of the free education policy appeared providential. “I know a 20-year-old boy in who dropped out because of poverty,” said the Rev. Andrew Forbie, Kenema District superintendent. “He is back to school and is in JSS (junior secondary school). I also know a girl who dropped out because of pregnancy. She wants to go back to school because she’s heard about the free education.”

The young man sold bread to earn money until he was able to return to school, Principal Idrissa Kamara said.

Joseph Allieu, head teacher at the United Methodist primary school in Njagboimain, a community in the city of Bo, said teachers, children and parents embrace the free education because it reduces economic constraints. Teachers are paid promptly. In the past, newly recruited teachers often had to wait – some as long as three or four years – to be approved and start getting salaries. Today many such teachers have been approved.

Head teachers struggled in the past to get parents to pay fees. “Sometimes,” Kamara recalled, “a third of registered pupils would not pay by end of the school year. But fees for all registered pupils in most schools have been paid since September.”

“The number of children per class has been restricted to 50, which is good,” said Mariama Koker of the United Methodist secondary school in Bo. “That will enable me to give classwork, mark it in time, return their books and have a clear idea of the level of learning they are acquiring. Then I will be able to monitor them in class.” In the past, some classes had 80 to 90 students. 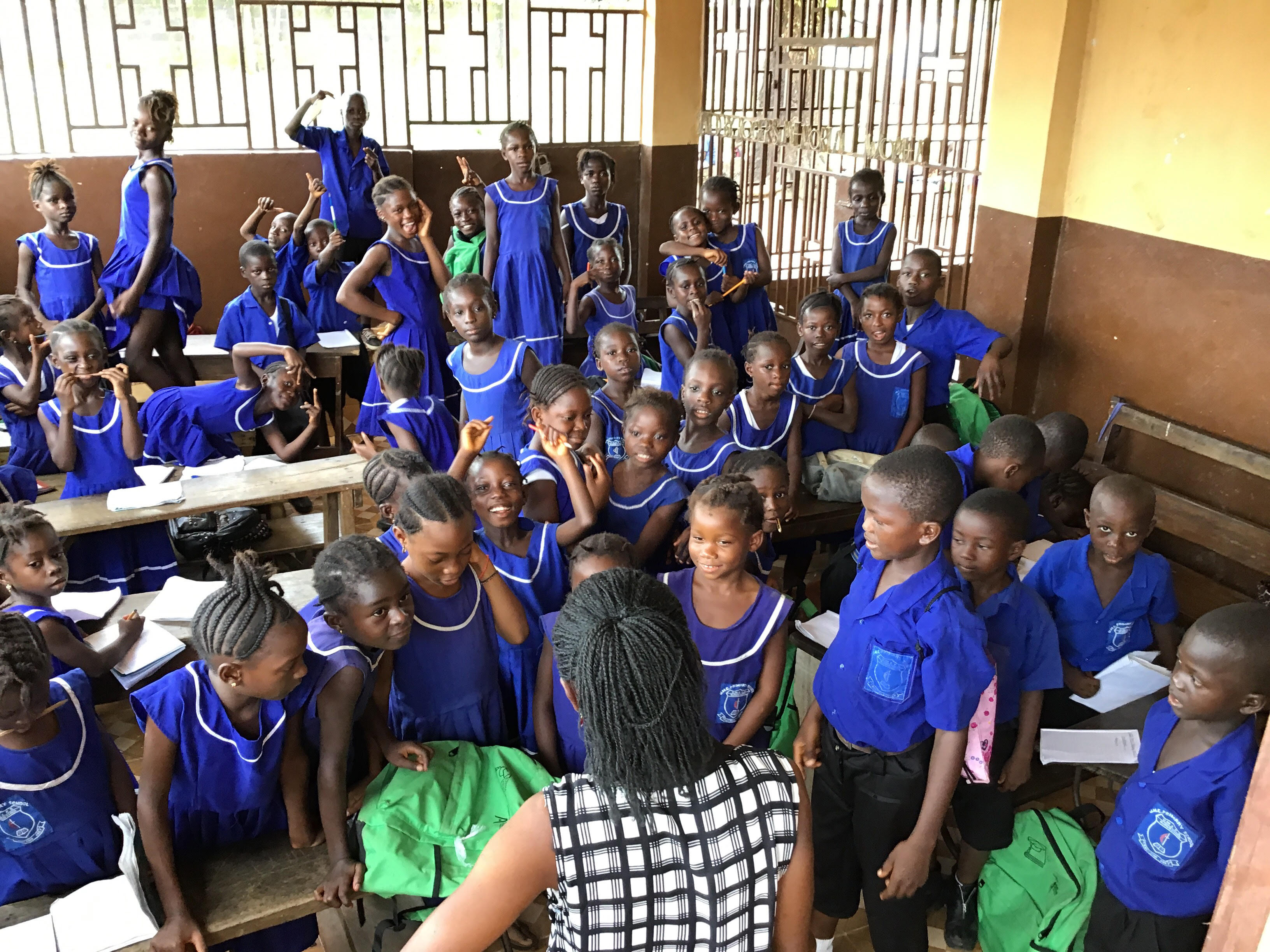 Monitoring by the government education ministry is also yielding results, said Adama Jalloh of the United Methodist Kpetewoma Primary School in Kenema. Teachers have an incentive to begin classes on time — by 8 a.m. The school day was extended by 30 minutes, with classes ending at 2 p.m.

Leonard Ben Gbloh, Sierra Leone Conference education secretary for primary schools, has been involved in government-sponsored workshops to educate teachers on what is expected of them in the free education policy. Prompt payment of subsidies to head teachers, he said, is a big leap. Before, teachers grappled with irregular payment of subsidies that they used to run the schools. That contributed to poor performance of schools, both internally and during external exams.

“Before the new government’s free education policy,” he said, “government owed up to two years of subsidy to head teachers in some United Methodist schools.”

The biggest challenges of the free education are inadequate infrastructure, not enough teachers and low salaries for educators in the face of rising double-digit inflation. The government has promised to build more classrooms. But that will take time, considering the bureaucracy that comes with implementing government policies.

To complicate matters, a summer storm damaged or destroyed some of the campus buildings in Njagboima. “There are still one or two more to be restructured,” Allieu said. “Now that these buildings are not in full use, we have problems with congestion.”

As a temporary measure, United Methodist schools located near churches use sanctuaries as extended classrooms while awaiting a permanent solution.