Update: CircuitWriter Media LLC announced June 6 that it has entered into an agreement with UMR Communications Inc. to purchase the rights and digital assets of the United Methodist Reporter. The new partnership said it will continue the work of the Reporter on the Internet and through other digital means.

"I looked forward to its inspirational stories, its willingness to present both sides to difficult issues, and the ideas and insights it offered," Hamilton said.

After years of financial struggles, the board of UMR Communications unanimously voted May 16 to shutter the Dallas-based nonprofit, ending a publication that has been covering Methodism since 1847.

In addition to publishing a national United Methodist newspaper in print and digital formats, UMR Communications has provided printing and communication services to churches, annual (regional) conferences and other nonprofits.

The closure will cost the jobs of 26 employees, some of whom have worked with the ministry for more than four decades.

The closure also will affect 45 conference and church publications, which print with UMR Communications and integrate the Reporter's content with their own.

"Across Methodism, 'Reporter' is the epitome of a household name," said Kevin Sparkman, communications coordinator for the Tennessee Conference, which published its newspaper with UMR Communications. He learned of the closing on the morning of May 16.

"As a U.M. communicator, it will be strange to go about my daily business without referencing that term on an official level. The crew in Dallas was a pleasure to work with - their expertise, professionalism and publications were an asset that the church will miss."

Alan Heath, chief executive officer of UMR Communications since August 2011, said that based on responses he has received, he believes the Reporter will be remembered for providing "its readers with a connection to the larger church."

"Now that it is passing in its current form, its legacy will be built," he said. "Often, we don't really see the value of a person or an institution or, in this case, an independent voice, until after it's gone."

Other remembrances of United Methodist Reporter

At one time, the ministry published nearly 300 conference and church editions of the newspaper, Tom Palmer, the board chair, said in the Reporter.

Those editions have dwindled as more conferences and churches have opted to drop print and distribute information exclusively online as a less expensive and potentially "greener" alternative.

The 2008 economic crisis only accelerated that process, Palmer said. "We now no longer receive enough revenue from our publishing and printing operations to sustain the overhead needed to maintain the ministry," he told the United Methodist Reporter's editor, Sam Hodges.

UMR Communications' closing comes about a month after the last of the denomination's Cokesbury stores, the retailers of the United Methodist Publishing House, shut their doors. To help customers around the country, the United Methodist Publishing House now is relying on the Cokesbury website and community resource consultants. Like print publications, bookstores also have been facing increasing financial pressure from online alternatives.

Heath told UMNS he sees the end of the Reporter as an indication of the "maturing" of The United Methodist Church in the United States.

"The generation that has grown up with print media and has a greater appreciation for it is quickly transforming into a 'cloud of witnesses' as they enter the church triumphant," he said.

"Technology, economics, changing demographics and a host of other reasons are contributors to the passing of this great voice."

A legacy of connection

For many United Methodists, the loss of the Reporter is a personal one.

"When I heard the news, it was like the death of a family member or friend," said Mary Brooke Casad, former executive secretary of the Connectional Table, which coordinates the denomination's ministry, mission and resources.

As a graduate of the journalism program at United Methodist-related Southern Methodist University, Casad wrote and edited institutional publications for the communications council that then oversaw the Reporter. She later served on the board in the 1980s-90s, served as a sales representative and returned to the board in the early 2000s, eventually serving as chair. 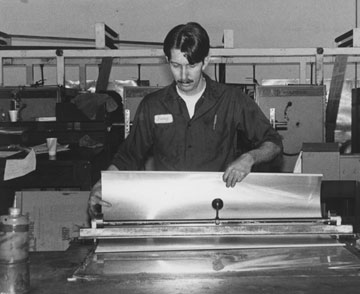 "As a young person and young writer starting out, it gave me a place to tell my story and others' stories," she said. "It was exciting for me as a journalism graduate to see this was something we had ... to help tell the story of The United Methodist Church."

She later worked as a copy editor at the United Methodist Reporter in the early 1980s and eventually edited local editions of the newspaper.

"Not only did the Reporter educate, it (also) energized: What I read week to week opened my eyes and challenged me to be part of this great story of United Methodism," she said. "It was the vehicle through which many in the denomination began to understand the larger connection; that we were all part of a global church engaged in proclaiming God's profound love around the world."

Retired Bishop Woodie W. White has written a column for the Reporter for nine years. Like many others, he praised the newspaper for helping to keep the United Methodist connection "connected."

"The Reporter had become the weekly opportunity for so many to engage in conversation and to glimpse the connection beyond the reader's own hometown, congregation, and even world view," he said. "The fewer opportunities for shared experiences through shared information and dialogue, will make more possible distrust and isolationism. Additionally, it will increase the divide between laity and clergy as laity will be increasingly out of the information flow."

The Rev. Arthur McClanahan, director of communications in the Iowa Conference, said that with the ministry's end, his conference newspaper will need to be more intentional about drawing in stories of the church beyond Iowa.

"Even with the evolution of a larger group of people who choose to read an electronic version of a 'paper,' we continue to have a significant readership that prefers holding a physical copy of Iowa United Methodist news and commentary and the stories of life in the connection beyond," said McClanahan, who also has served on the UMR Communications board.

The future of communications in the church will require a Pentecost spirit, he said.

"On the day of Pentecost, each heard the story in a native language," he said. "Whether a digital native or a person who prefers holding paper, the Message is 'heard' when all 'hear' (and touch)."