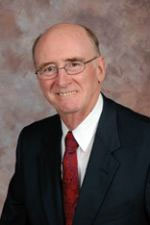 I had settled in for the evening after a long day. The phone rang as I was about to drift off to sleep. “Is this Reverend Carder, the preacher who is quoted in the newspaper as being against the death penalty?” the irate woman asked. I had gone on public record in opposition to executions in the Tennessee.

“Yes, I am opposed to capital punishment,” I calmly replied. What followed kept me awake most of the night and taught me a lesson that is being relearned in my relationships with people affected by dementia.

“Tell me why you are against it,” demanded the caller. I began to explain that the death penalty is not a deterrent. Before I could make my point, she interrupted, “It would deter that one murderer!”

Next, I stated that the death penalty runs counter to my religious faith. Again, she would have none of my argument. “The Bible says, ‘an eye for an eye’,” she retorted. I countered with quotes from the Sermon on the Mount: “Turn the other cheek. . . Love your enemies.” The debate was on!

Our verbal clash went back and forth with ever-escalating emotional intensity. Then, she blurted out something that abruptly ended the arguing!

“If your daughter had been murdered, you’d think different,” she yelled while sobbing uncontrollably.

I had totally missed her! I had seen her as an opponent, one with whom I disagreed. I missed her as a person, a grieving mother of a murdered child. I was bent on winning an argument. I should have been listening to her story, especially her pain.

“Oh my goodness, I’m sorry,” I said with embarrassment. I shared that as the father of two daughters I couldn’t even imagine the pain of one being murdered. I apologized for my insensitivity by arguing with her. For another hour I listened to a heart-wrenching story of horrific loss and harrowing grief.

She ceased being an opponent and became a person with a story I needed to hear. We both moved from an abstract argument to sharing stories behind our ethical/theological perspectives.

We like to think that our ideas, doctrines, affirmations, and understandings are derived purely through rational thinking. We assume that our truth is totally objective, universally applicable, and detached from our personal stories.  But behind every theological, ethical, and political proposition is a story; and we never fully understand another’s perspective until we hear his/her story.

The caller’s position on the death penalty couldn’t be separated from her experience of having a child murdered. My opposing position is inseparable from having a friend awaiting execution and earlier having sat with a mother whose son was executed in another state. The mother whose son was executed loved him no less than the grieving mother of the murdered daughter. Both had children who were intentionally killed, one by a boyfriend and the other by the state.

Our church and society are awash in arguments—political, theological, ideological. Placing opponents within the margins of our dismissive categories prevails over seeing them as persons with stories. And, we would rather lead with our arguments than with our vulnerabilities and hurts. Consequently, we compound the polarization, deepen misunderstanding, and intensify suffering.

We organize into groups of those who fit within our margins of preferred categories—“progressive,” “evangelical,” “liberal,” “conservative.” It’s easier to control the margins than to listen to the stories of others, especially the painful ones. But we can be sure that no one fits neatly into any of the categories, if we know their stories.

In reality, truth can never be severed from story. Arguments over abstract propositions are more about winning and losing than about understanding and growing. Positive change emerges from shared stories of pain and struggle more than from quarrels and contentious debates.

God didn’t redeem the world with an argument. God saves the world by entering our stories with The Story of a Love that shifts the margins outside our prescribed categories.

Retired Bishop Carder resides in Chapin, South Carolina. Send him an email at [email protected]. Read more of his blogs on his website Shifting Margins.