The Rev. Blake Busick and his wife, Peggy, got a first look at their house and neighborhood just a few days ago after the worst California wildfire on record savaged their area.

All that remains of their beautiful home is the brick archway.

“The striking thing for us was not just that we had lost a home but we have lost a neighborhood,” said Busick, pastor of First United Methodist Church of Santa Rosa. 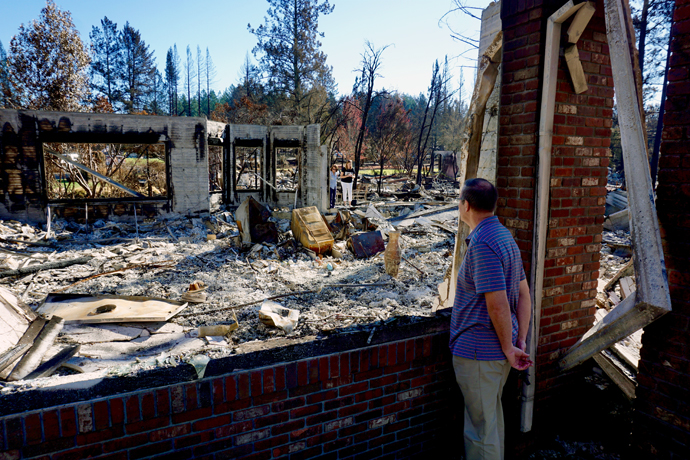 “Every house in the entire neighborhood as far as the eye could see, except for one house, is just gone. Homes turned to ash,” he said.

Busick said more than 20 families in the congregation also lost their homes to the wildfire that started on Oct. 9.

Despite the damage to homes of so many members, First United Methodist Church of Santa Rosa opened its doors as a shelter for a week and a half, Busick said. The last person left on Oct. 19. 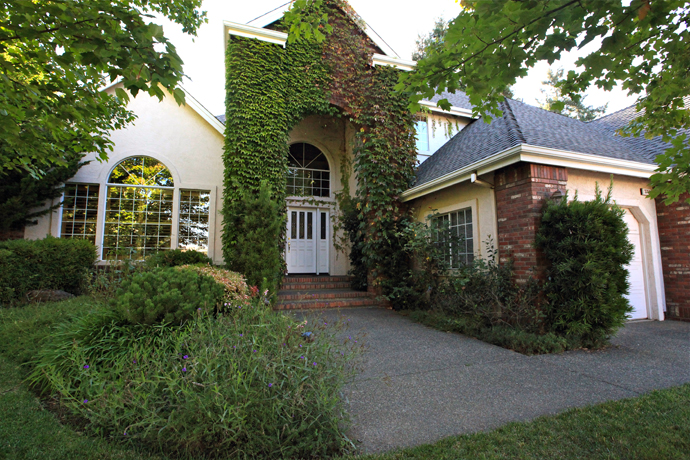 This a photo of the Busick’ 'home before it was ravaged by the wildfires. Photo by Sue Larson, courtesy of the Rev. Blake Busick. 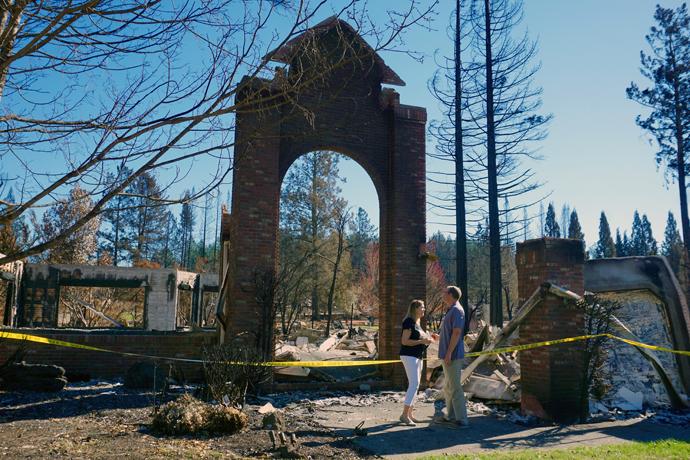 Santa Rosa was the hardest hit in the blazes that spread across hundreds of acres with more than 3,000 homes burned to the ground.

Statewide an estimated 8,700 structures were destroyed and nearly 100,000 people have been displaced. At least 42 have been confirmed dead.

“That’s the network that has surfaced for all of us,” Busick said. “People have been contacted by people near and far offering support and help. I think all of us in Santa Rosa have felt that connection.”

The United Methodist Committee on Relief has awarded an emergency grant of $10,000 to the California-Nevada Conference and the conference is assessing next steps for helping people recover.

Donations can also be made to the California-Nevada Disaster Response Fund either by check or online.

“We remain in prayer for the communities impacted by the fires and continue to be in conversation with the pastors who are giving excellent leadership in their communities,” said the Rev. Linda Caldwell, disaster relief coordinator for the conference.  “We are mindful of the fast approaching holiday season and are investigating ways to provide extra love and support to those impacted by the fires.”

Bishop Minerva Carcaño and Caldwell visited the churches in Santa Rosa, Napa, Novato, Mendocino and Sonoma affected by the fires. Busick said the bishop joined them for worship the Sunday after the fires.

“It was a special time. It was the supportive, loving atmosphere we all needed,” he said.

Napa United Methodist Church is serving as a Red Cross center and sheltered a few people during the first few nights of the fire, said Diane Mahler, business administrator and congregational care minister. One member brought in her nine foster kitties and stayed in the church library.

“We are just trying to figure out what we can do. The first instinct is to just start giving things but these people have nowhere to put things. They don’t want to be lugging a lot of stuff around,” she said.

First United Methodist Church of Napa was damaged by an earthquake in 2014.

“This was much different from the earthquake three years ago. That was much easier to deal with than fire. Most people didn’t lose every single thing they owned,” Mahler said. 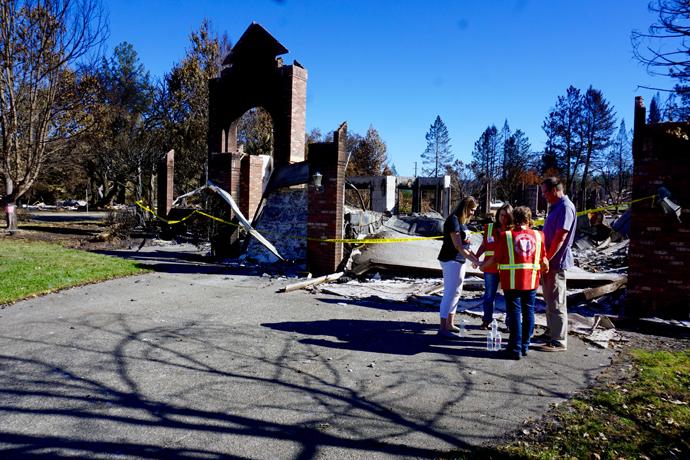 Peggy Busick (left), and her husband, the Rev. Blake Busick (far right), pray with the Rev. Katherine Shoen (second from left), associate pastor, Redwood Covenant Church, and Diana Tollerud, Salvation Army staff, who were in the Santa Rosa, California, neighborhood providing support and care to those affected by wildfires. Photo by Sue Larson, courtesy of the Rev. Blake Busick.

Napa, which had a vacancy rate of only 2 percent before the fires, is now facing a housing shortage.

“Many in our congregation are stepping up, offering rooms in their homes,” she said.

The support has been overwhelming and welcome, Busick said.

“It would be hard to underestimate the value of the prayers and support and offers of help,” he said.

“We are telling people to just wait a few weeks, help will be needed.”