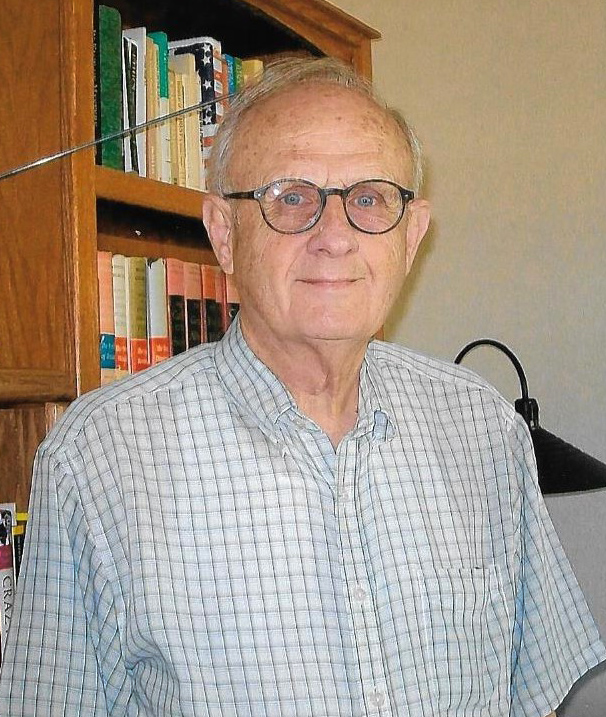 A retired United Methodist pastor fatally set himself on fire in a shopping center parking lot in his hometown of Grand Saline, Texas, on June 23.

His death was a final act of protest against social injustice, according to family members and the notes the pastor left behind.

The Rev. Charles R. Moore, 79, lived in Allen, Texas, near Dallas, but apparently drove himself to Grand Saline, in east Texas, on June 23.

At about 5:30 p.m., he parked his car and walked to the parking lot, where he doused himself with gasoline and started the blaze, said Chief Larry Compton of the Grand Saline police.

Initially, Moore survived, thanks to bystanders who retrieved a store fire extinguisher and put out the blaze.

He was taken by helicopter to Parkland Hospital in Dallas, and died there late that night, Compton said.

Moore was a longtime elder in the Southwest Texas Annual (regional) Conference, where in addition to serving churches he advocated for the abolition of the death penalty and for gay rights within The United Methodist Church.

No indication toward suicide

Family members said he clearly remained deeply concerned about those issues and others, including race relations, but gave no indication that he was contemplating suicide in any form.

The Book of Discipline, the denomination’s law book, says the following about suicide.

“A Christian perspective on suicide begins with an affirmation of faith that nothing, including suicide, separates us from the love of God (Romans 8:38-39). Therefore, we deplore the condemnation of people who complete suicide, and we consider unjust the stigma that so often falls on surviving family and friends.”

“It was a complete shock,” said the Rev. Bill Renfro, also a retired United Methodist pastor and a relative of Moore’s by marriage.

The Tyler (Tex.) Morning Telegraph obtained from the Grand Saline police a copy of a note Moore left on his car. In it, Moore laments past racism in Grand Saline and beyond. He calls on the community to repent and says he’s “giving my body to be burned, with love in my heart” for lynching victims, for those who lynched and for Grand Saline citizens, in hopes they will address current racial issues.

Renfro provided United Methodist News Service with copies of other explanatory statements Moore left, apparently written in the weeks before his suicide. Family members found the notes in the study of the Allen home Moore shared with his wife, Barbara, Renfro said.

The typed notes relay Moore’s frustration over The United Methodist Church’s positions on homosexuality, over the death penalty, and over Southern Methodist University’s successful bid to be home to the George W. Bush Presidential Center.

In one note, hand dated June 16, 2014, Moore wrote: “This decision to sacrifice myself was not impulsive: I have struggled all my life (especially the last several years) with what it means to take Dietrich Bonhoeffer’s insistence that Christ calls a person to come and die seriously. He was not advocating self-immolation, but others have found this to be the necessary deed, as I have myself for some time now: it has been a long Gethsemane, and excruciating to keep my plans from my wife and other members of our family.”

In another note, Moore said his mental and physical health was good, that he was enjoying life and adored his wife, but that he also felt he was a “paralyzed soul,” unable to bring to fruition the social change he felt was urgent. He declared it his “destiny” to give his life for a cause.

One note makes clear that Moore, who had degrees from SMU and SMU’s Perkins School of Theology, planned to do the self-immolation on the SMU campus, on Juneteenth — the annual June 19 commemoration of the 1865 announcement to slaves within Texas that they had been freed.

In another, much shorter note, dated June 20, Moore says “my courage failed” in regard to the Juneteenth plan. In yet another, dated June 22, Moore clearly still planned to take his life at SMU. “I know that some will judge me insane,” he wrote, adding that he loved the school and felt his self-immolation there would move people to care more about gay rights, the death penalty and better treatment for African-Americans.

“He changed his mind at the last,” Renfro said. “He couldn’t bring himself to do it at SMU. It meant so much to him.”

‘He had done plenty’

Renfro said the family struggled with whether to release the notes and seek news coverage of Moore’s act. He said the family is grieving the loss of a loved one, experiencing a range of emotions over the way Moore chose to end his life, and feeling sorrow for those who witnessed the self-immolation.

But the family ultimately concluded that Moore’s long commitment to social justice should be recognized, and that his act should be seen as an extension of that.

“Basically, we’ve decided that the word needs to get out as to why he did it because it’s more than deciding to take your life to get out of a bad situation or out of depression,” Renfro said.

In the notes, Moore sometimes criticizes himself harshly for not acting earlier and more decisively on civil rights issues and other social justice matters.

“It would have been nice to have had some sort of counseling, somebody to point out that his life had mattered, that he hadn’t failed,” Renfro said. “He had done plenty.”

Moore helped organize the Texas Coalition to Abolish the Death Penalty. He also went on a hunger strike in 1995, hoping to persuade the Council of Bishops, which was meeting in Austin, to push for changing the Book of Discipline’s language on homosexuality. He did mission work in Chicago and India.

Andy Smith of Dallas was active at Grace United Methodist Church in Austin, which Moore served from 1990 to 2000. Smith recalled Moore as a consistently strong advocate for LGBT causes, as well as a stirring preacher.

“His sermon about Lazarus coming out of the tomb has stayed with me for more than 20 years and remains the single best sermon I’ve ever heard,” Smith said. “Charles was a good man who played a prominent role in my life.  I’m sorry that he didn’t feel that he made a difference, because he did.”

Moore is survived by his wife; his sons, Guy Moore and Steve Moore, and two grandchildren. A memorial service is to be held July 12 at Faith Presbyterian Church in Austin.

In the note left on his car, Moore was critical of the First United Methodist Church in Grand Saline, saying members had ostracized him in the 1950s when he openly supported school desegregation, and had not reached out to him over the years.

Brown said he had not known Moore, but had been impressed in learning recently about his social justice work. Brown said he would have been glad to have invited Moore to speak at the church, to hear his witness and give him a forum that might have prevented the suicide.

“I would have been real happy to have introduced him to a socially active and community-involved congregation, but it wasn’t to be,” he said.