A proposed consolidation of general agencies could put The United Methodist Church's assets at risk, says a statement approved by the board of the denomination's finance agency.

That is just one of four areas of concern outlined by a task force of General Council on Finance and Administration board members regarding the denominational restructuring proposed by the Call to Action Interim Operations Team. By a show of hands, a clear majority of the 40 board members approved the statement during its March 5-7 meeting. No official vote count was taken. The finance agency sent the statement on March 9 to Interim Operations Team leadership.

"We believe that this (Interim Operations Team) restructure plan fails to address many legitimate concerns relating to the work of GCFA and the legal structure of the denomination," the board's statement said.

The board said it fears the proposal: 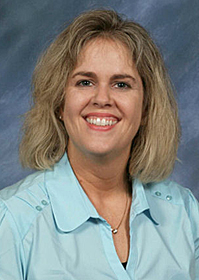 The proposal would merge nine of the denomination's 13 general agencies - including the General Council on Finance and Administration - into a new United Methodist Center for Connectional Mission and Ministry. A 15-member board of directors would govern the center, and that board would be accountable to a proposed 45-member General Council for Strategy and Oversight, which would replace the Connectional Table.

The Connectional Table, which coordinates the denomination's mission, ministry and resources, drafted the restructuring legislation. The Council of Bishops affirmed the changes at its fall meeting in 2011.

The 2012 Unted Methodist General Conference, the denomination's top lawmaking body, will take up restructuring proposals from the Interim Operations Team and other groups when it meets April 24-May 4 in Tampa, Fla.

"We felt as a working group that we had a responsibility to make a statement about those areas that are within our scope," said Christine Dodson, a board task force member and treasurer of the North Carolina Annual (regional) Conference. "It was not a self-preservation matter for GCFA. It was for what is good for the denomination."

The board's statement says the Interim Operations Team plan "fails to address legal liability issues as well as certain legal protections that are provided by the current structure."

Rick Rettberg, general counsel of the finance agency, offered more details about this concern in a memo for the agency's board.

The Book of Discipline, the denomination's law book, says The United Methodist Church as a whole - unlike individual conferences, congregations and agencies - is not a legal entity that can sue and be sued. However, Rettberg wrote, "this self-proclaimed legal status is not binding on our civil court system."

He said "The United Methodist Church" is sued in the United States two or three times each year, and the GCFA Legal Services Department has to present defenses to obtain dismissals from the lawsuits. GCFA is usually successful, but not always, Rettberg said, citing the multidecade, multimillion-dollar Pacific Homes case that involved a chain of United Methodist retirement homes.

The proposed Center for Connectional Mission and Ministry - by combining financial and programming functions - would make the denomination's "non-jural" status largely irrelevant, Rettberg said. He said the general church funds now held at GCFA are secure from liability risk because the agency is not involved in program activities, the source of most potential lawsuits. The new center would do away with that divide, and as an incorporated body with financial, personnel and property assets, it could be sued.

"Lawyers in search of a 'deep pocket' will have no need to sue 'The United Methodist Church,'" Rettberg wrote. "They can instead sue the (Center for Connectional Mission and Ministry)."

Jay Brim, who as chair of the Connectional Table's legislative committee helped draft the restructuring legislation, dismisses the liability issue as "a straw man."

Brim is a lawyer in Austin, Texas, whose practice includes employment and licensing matters and who has represented non-profit and governmental entities in matters related to government regulation and corporate organization. He spoke to UMNS about the issue before the GCFA meeting.

"Our 'liability' will be unchanged by the legislation I've seen," Brim said. "The (Center for Connectional Mission and Ministry) is just a bigger, broader version of the agencies we already have. I think what those who are advancing that argument mean is that if most of our assets are gathered under one authority, we will face greater 'risk' of losing a big judgment. The question still is: What do we do at the general staff level that would generate liability big enough to incur a larger risk?"

The General Council on Finance and Administration board urges delegates to the 2012 General Conference to devise a new structure that:

"Regardless of what happens, here's what we think every plan should have in mind," said Christine Dodson, a board member from the North Carolina Annual (regional) Conference.

The General Council on Finance and Administration board's statement expressed other concerns about the Interim Operations Team plan.

At present, General Conference determines the allocation of general church funds based on a proposed budget from GCFA and a prioritization on use of most funds from the Connectional Table. The restructuring plan disrupts this balance of powers, the statement said. Under the proposal, budgeting would be in the hands of the center's 15-member board, with advice from the General Council for Strategy and Oversight and in consultation with the Council of Bishops.

"With the plan as proposed, relatively few people will be making decisions for the entire denomination," the statement said.

The agency consolidation also could jeopardize the group tax-exempt status that has covered United Methodist churches, agencies, conferences and affiliates in the United States since 1974. That group status was issued solely to GCFA and would expire if the agency no longer existed or were merged into another entity.

"If another entity must apply for a new group tax exemption, it is important to note that in the past year, IRS officials have publicly questioned whether group rulings should continue," the statement said, "and recently, the IRS announced that it is beginning a formal study of group rulings."

Local churches would likely maintain their charitable status. However, agencies, college funds and campus ministries, among other church entities with their tax-exempt status through GCFA, "would be in trouble for a while" as a time-consuming application process went forward, said Jim Windham. He chaired the task force of board members that researched the restructuring. He is the chancellor - that is, legal adviser and representative - for the Western North Carolina Conference.

"What could happen in the interim could be a difficulty," he said. "That is likely not a fight we want to take on."

Does it answer the Call to Action?

The finance agency board endorsed the Call to Action research that preceded the Interim Operations Team's proposal. That research found a widespread sense of distance between the general church and annual conferences as well as local congregations. The Call to Action recommendations also directed the denomination to realign existing general church structures and functions to equip local churches for greater congregational vitality.

However, the General Council on Finance and Administration board's statement questioned whether the Interim Operations Team plan has adequately answered that call.

"For example, it is not enough simply to provide for a structure that will 'strengthen the local church,'" the statement said. "The plan should clearly illustrate specifics as to how the local church will be strengthened as a result of the new structure."

Windham said his task force is concerned the Interim Operations Team's roadmap would not lead to the denomination's desired destination.

"Every one of us knows the importance of strengthening the local church," he said. "We applaud that effort, and we want to be part of that effort. We are concerned that there is not enough showing in the IOT report that lets us see exactly how that may happen."

Not all members of the General Council on Finance and Administration board voted for the statement. 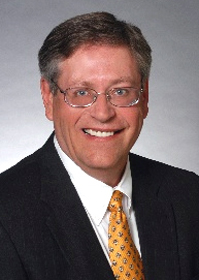 Jim Argue Jr., a board member and chief executive officer of the United Methodist Foundation of Arkansas, told UMNS that he hoped the board's notes of caution would not prevent General Conference from making substantial changes to the denomination. He pointed out that the Interim Operation Team proposals follow multiple reports saying the denomination's current path is unsustainable.

"I just hope General Conference can work through these issues and effectively work through these sustainability issues," he said. "I hope they won't shoot the messenger (the Interim Operations Team) and think the mission is accomplished."

Neil M. Alexander, president and publisher of the United Methodist Publishing House, and Illinois Area Bishop Gregory V. Palmer, lead the Interim Operations Team. Alexander was at the meeting but did not address the board.

"We have just seen the GCFA material, and we are gratified by the strong endorsement of the Call to Action report, particularly the affirmation of the need to focus much of the church's time and resources on assuring an increase in the number of vital congregations," Alexander and Palmer later told UMNS in a joint statement.

"We have taken note of concerns raised in the GCFA report," they said. "We are eager to suggest ways to address them that hold fast to the primary objectives of the Call to Action emphasis that have been so widely supported."