United Methodists ministers have been among those rescued from rising waters in Houston as Tropical Storm Harvey continues to bring catastrophic flooding to much of south Texas.

The Rev. Vincent Harris, a Texas Conference district superintendent, and his wife, Paula, had about a foot of water in their house Sunday when officers of the Klein, Texas, police department knocked on their door and encouraged them to evacuate.

“We felt it was best to go,” Harris said.

They were taken to safety by boat and are spending the night in a family member’s vacant house. Harris noted that he and his wife are veterans of Houston’s chronic flooding, but were unprepared for what Harvey has brought.

“I don’t think anyone thought it would be this bad,” he said. “I’ve been here for 20 years, and I’ve never seen anything like this.” 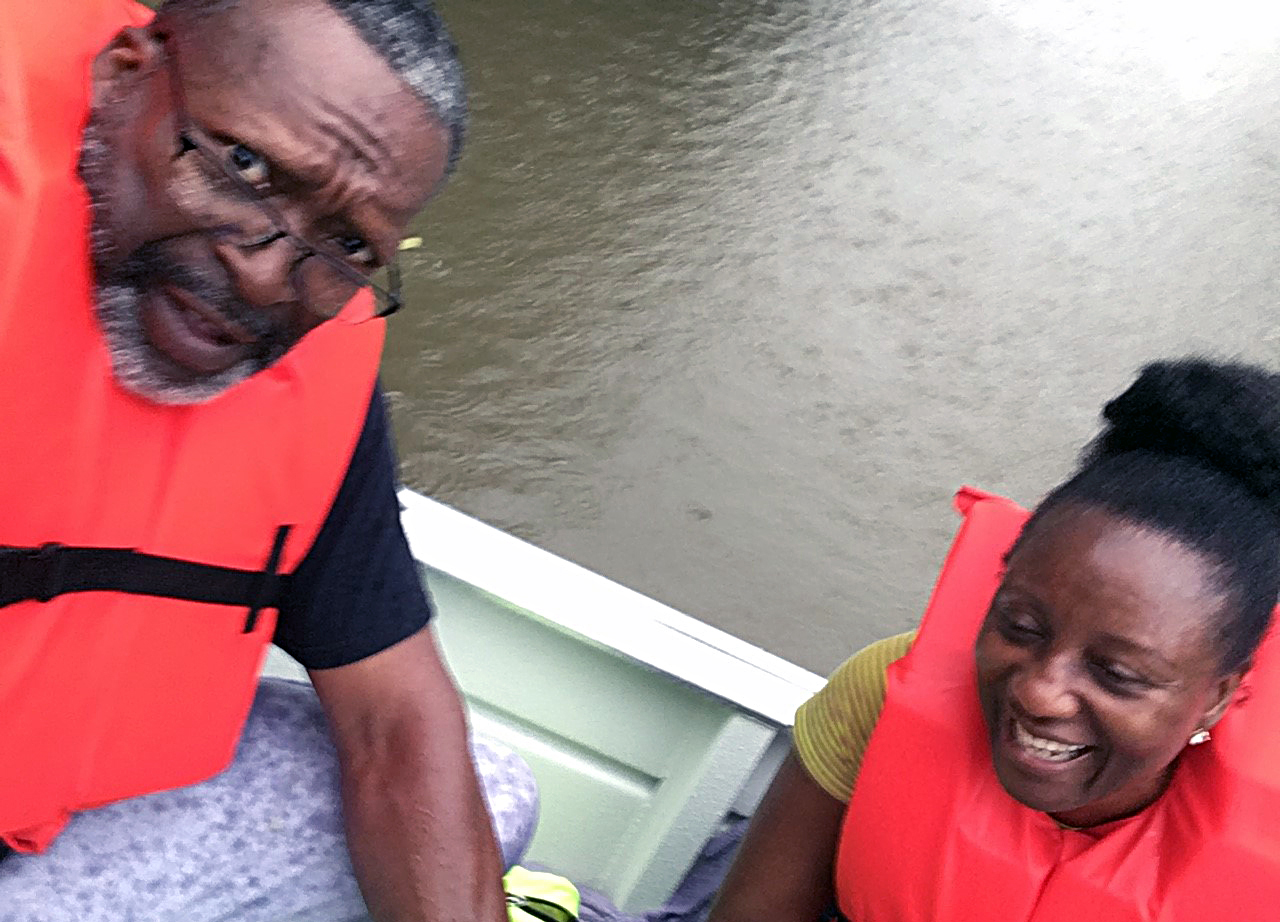 The Rev. R. DeAndre Johnson, pastor of music and worship life at Christ United Methodist Church in Sugar Land, Texas, posted on Facebook on Aug. 27 that he and his family were on top of their house, awaiting rescue.

Johnson told Facebook friends “if you have a pontoon boat and are able to come help, then I’ll gladly welcome you to my home right now and will send the rescue team to someone else.”

He posted in the early evening of Aug. 27 that he and his family had been rescued “by a team of kind, generous friends from our new church as well as perfect strangers from our neighborhood who did good deeds. Our feet are dry, and we are headed to overnight at the senior pastor’s house.”

Johnson said in a phone interview that his neighborhood was flooded and that there was about 10 inches of water in his house when he decided to take to the roof and wave for rescue, a strategy authorities had suggested for those wanting to be evacuated.

"My fear was that it would continue to rise and the water would get into the electric outlets," he said. "We just needed to get out."

The Rev. Chappell Temple, senior pastor of Christ United Methodist Church, was part of a team that used an ocean kayak to float the Johnson family to safety.

"It was an interesting day," Temple said. "I thought, `This is our Dunkirk, this civilian flotilla.'"

The Rev. Andrew Wolfe, associate pastor at St. Paul’s United Methodist Church in Houston, lost his home and both cars to the floods.

“We are really close to Bray’s Bayou, and the water rose very quickly,” he said. “The rain and floodwaters have not let up. Everything is our area is flooded from front-door to front-door.”

Wolfe just moved into his home in recent weeks and did purchase flood insurance, but with the 30-day waiting period, he is not sure if his home will be covered.

“Our family is safe and that is the most important thing,” he said.

Greg Postel, meteorologist and hurricane specialist for The Weather Channel, said the Houston area could be headed for "the worst flooding disaster in U.S. history;” and Texas Gov. Greg Abbott, appearing on Fox News Sunday, said: “We’re measuring rain these days not in inches but in feet.”

Most Houston-area United Methodist churches cancelled services or worshipped online because people were either stranded in their homes or pastors wanted to keep folks off the roads, said Texas Conference Bishop Scott Jones.

“The flooding is widespread in the Houston area. There is not one area that has not been affected. I am praying for all involved,” he said.

Scott Moore, Texas Conference disaster response director, expects cleanup from the flooding to take years. He said all who can help will be needed, once it is safe to begin.

“This is a great time for everyone to be the hands and feet of Christ,” Moore said. “We need a hub church in every area that has flood damage to step up and help. We have so much damage (that) this disaster is going to take everyone working together.”

Moore added that churches across the nation can help by sending donations directly to United Methodist Committee on Relief Domestic Disaster Response Advance #901670.

UMCOR has had a request from Jones for a $10,000 emergency grant and will “expedite the process” and is “prepared and positioned to offer additional support,” said Catherine Earl, director of disaster and U.S. partner relations for UMCOR, in a letter to Jones.

Getting reports from the area has been a challenge, since most residents evacuated and cell phone service and electricity have had outages.

The First United Methodist Church in Portland, Texas, reported that its day school building is likely a total loss, and the church itself is flooded. The Rev. Will Rice, the Rio Texas Conference's director of communications, said La Vernia United Methodist Church’s historic sanctuary also was seriously damaged.

No report has been received yet on the First United Methodist Church in Rockport, Texas, a community that was clobbered by the hurricane.