United Methodists are among religious leaders calling for welcoming and restoring hope to the 66 million displaced people in the world and opposing any revised travel ban from the Trump Administration.

In a national press conference on March 3, religious leaders unveiled a grassroots, ecumenical initiative from the National Council of Churches and Church World Service.

U.S. President Donald Trump has said the new executive order will have the same effect as the earlier one while avoiding court challenges, said the Rev. John McCullough, a United Methodist who serves as president and CEO of Church World Service.

The declaration among other things requests a meeting with the president, calls on Congress to rescind the three executive orders related to immigration and calls on congregations to devote one Sunday in the next three months to honor refugees and immigrants. 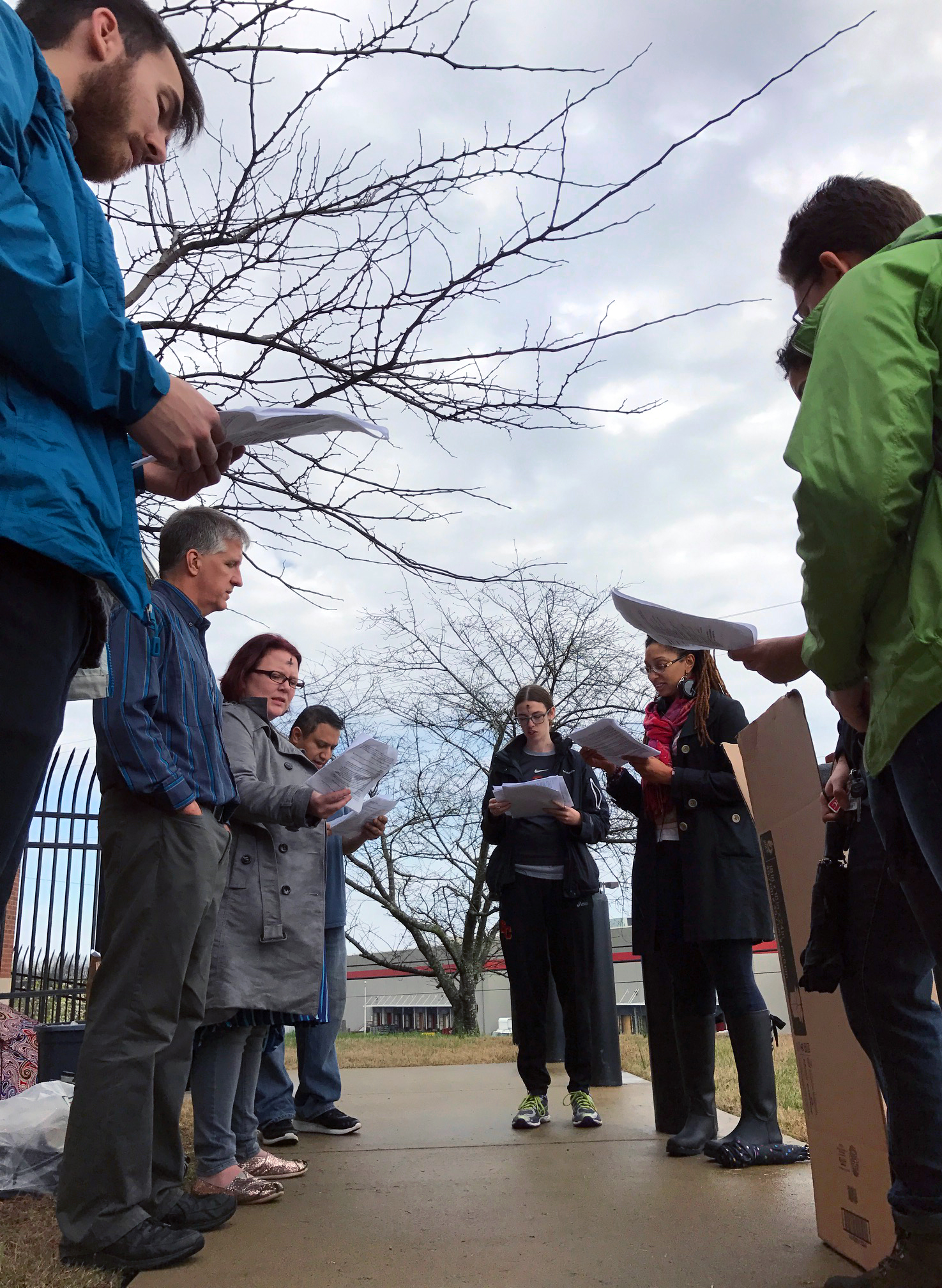 Clergy and laypeople from several denominations who are members of the Nashville Community Defense held a prayer vigil in front of the local Immigration and Customs Enforcement agency March1.

The United Methodist Church will devote Sunday, June 4, which is Pentecost Sunday, to pray for refugee families and take a special offering to help with the ongoing work of welcoming and resettling refugees, said United Methodist Bishop Minerva Carcaño, California-Nevada Conference, and a member of the steering committee issuing the statement.

All three of the executive orders related to immigrant directly counter tenants to welcome the stranger and treat the sojourner as our neighbors, said Jim Winkler, a United Methodist who serves as president of the National Council of Churches.

“In plain language, it is unchristian and Mr. Trump should know so,” Winkler said. “He grew up in a Presbyterian church; he was married in a Reformed Church of America, churches that are a part of the National Council of Churches and Church World Service.”

Even though courts halted Trump’s ban on accepting refugees from seven mostly Muslim countries, it has already stopped many refugees in the process of coming to the U.S. Trump’s original order barred citizens of seven Muslim-majority countries as well as all refugees from entering the United States. The revised version is expected to lower that to six countries, removing Iraq from the list.

“When Trump issued that order it left refugees in mid-air,” Carcaño said.

“Refugees were on their way (to the U.S.), having left home and family and all of their possessions. These are the most vulnerable people on this globe at this moment,” she said.

During the Obama administration the United States accepted 110,000 refugees; Trump has proposed dropping that to 50,000.

Many believe the U.S. receives the most refugees, but Carcaño said that is far from true.

From the inscription on the Statue of Liberty to the Scriptures preached in pulpits, accepting all people from all places is part of the heritage of the U.S., McCullough said.

“We also feel very strongly that it is consistent with faith that binds us together,” McCullough said.

Carcaño said the order “takes a wrecking ball to the Statue of Liberty.”

United Methodists in Nashville, Tennessee, held a vigil on Ash Wednesday at the local office of Immigration and Customs Enforcement in the wake of Trump’s executive orders targeting immigrant and Muslim communities.

“In times like this, Ash Wednesday is best observed as a time of communal lament,” said the Rev. Carlos Uroza, a United Methodist pastor in the Nashville area. “Today we not only mourn our collective sin of not loving our neighbor, but also —as one body — we have come here to stand and show our Christian commitment to walking along with our beloved immigrant community.”

The United Methodist Church is a global church, McCullough pointed out. General Conference, the denomination’s top lawmaking body, is not American, and that globally diversity is reflected in many congregations, he said.

“Diversity is a value we hold as United Methodists,” McCullough said.

Trump proposed a merit system for accepting refugees in his address to Congress on Feb. 28.

That proposal is cause for concern, said the Rev. Keary Kincannon, pastor of Rising Hope Mission Church, a United Methodist congregation in Alexandria, Virginia.

“I agree we want people to be citizens that really get engaged in our society, but what about those fleeing violence, what about those in such dire poverty who want their families to survive and have a good life? The merit system is going to leave them out,” he said.

Democratic Senator Mark Warner of Virginia invited Kincannon to Trump’s address. Kincannon was outspoken about the rights of immigrants after Immigration and Customs Enforcement agents rounded up several men who had who left a homeless shelter at his church.

Kincannon said it was an honor and a great opportunity to be in the U.S. House of Representatives as the president spoke. However, he said, he was struck by a sense of how privileged everyone in the room was and how out of touch they were with the community his church serves.

“I just had a sense I was in a bubble, in a bubble that are making decisions that are going to affect us all. But what kind of relationship did they have with the people in my community?” he said. “That brought some sadness to me.”

This is a unique moment not only for churches but also for the country, McCullough said.

“I think, in this moment, a lot of attention centers on a very small number of people, comparably, that are eligible to be resettled in the U.S. and what should not be lost is the magnitude of the crisis of displaced persons around the world.”

McCullough said the vetting system used for resettling refugee in the U.S. is highly developed, highly technical and well thought out.

“I dare say it is the best in the world. As people of faith and Americans, we need to have confidence in this system,” he said.

Carcaño, said United Methodists need to be aware of what is happening with “our displaced brothers and sisters.”

Three immigrant mothers describe the ordeals they have faced fleeing crime and violence in hope of finding a better life in the U.S.
Immigration

The Methodist Church of Mexico A.R., together with other churches, civil organizations and the support of the United Methodist Committee on Relief, is providing food and other aid to refugee applicants from Ukraine.