Wilmot Collins recently made big news by getting elected mayor of a small city.

Media outlets across the U.S. and even internationally shared how a refugee from Liberia, in West Africa, was chosen last month to lead overwhelmingly white Helena, Montana. 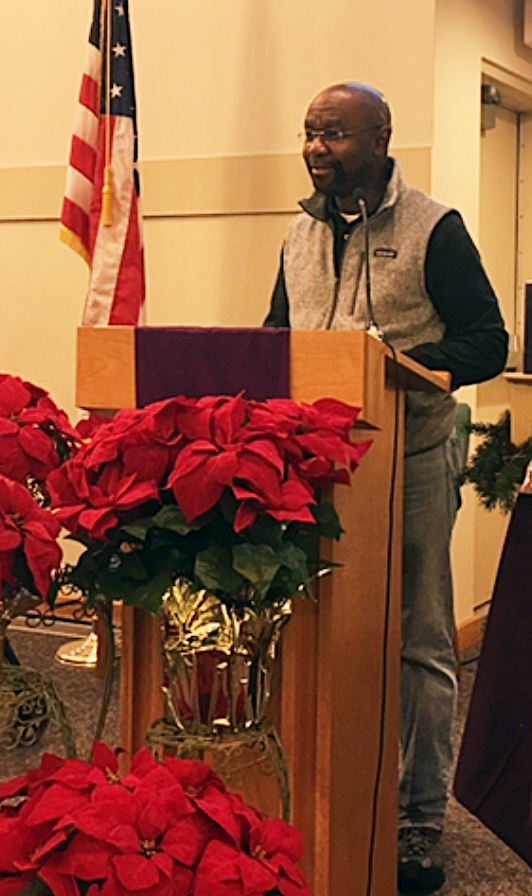 Wilmot Collins has been active at Covenant United Methodist Church in Helena, Montana, since arriving in the city 23 years ago. The Liberian refugee made big news recently by getting elected mayor of Helena. Photo courtesy of Ron Guse.

Collins arrived in Helena, Montana’s capital city, 23 years ago, having fled a Liberian civil war that claimed the lives of his two younger brothers.

His wife, Maddie, came first. She’d been an exchange student in Helena, and the family she’d lived with helped her get back there. She arrived pregnant, and gave birth to her and Collin’s daughter, Jaymie, before Collins could immigrate.

Montana’s population is almost 90 percent white, and black people make up under one percent.

Soon after Collins landed in Helena and established a home with Maddie and Jaymie, it was vandalized by the painted words “KKK” and “go back to Africa.”

“I don’t dwell on that,” Collins said. “What I dwell on is the reaction to what happened. My neighbors got together and washed my walls down.”

In the U.S., Collins has balanced military service (he’s soon to retire from the U.S. Navy Reserve) with work in the Montana office of the U.S. Department of Veteran Affairs and Montana’s Department of Health and Human Services.

Along the way, he earned a master’s degree, and he’s close to finishing a Ph.D. He and Maddie, a registered nurse, became U.S. citizens in 2002.

“When I arrived in this country, the only thing on my mind was to care for my family,” he said. “Once you show you work hard and you’re dedicated, doors start to open.”

Collins has devoted free time to advocating for refugees and other immigrants. He serves on the Refugee Congress advisory board and the board of the Lutheran Immigration & Refugee Service.

After President Trump got elected promising to restrict immigration, Collins gave a local TED Talk, explaining the extensive vetting the U.S. does of those wanting to gain refugee status here. 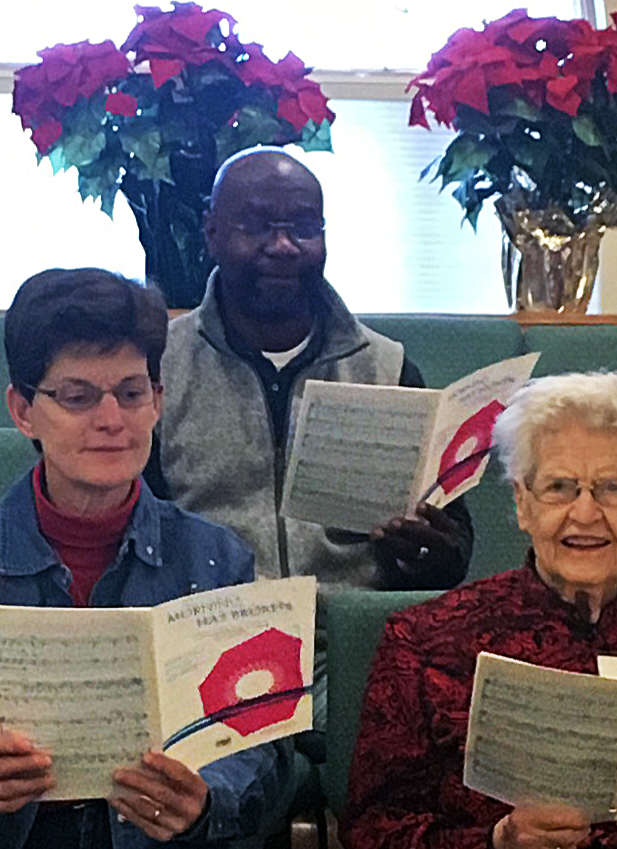 On Nov 7. he defeated four-term incumbent Jim Smith. Collins will take office as mayor of Helena, population 31,000, in January.

A state historian told the Helena Independent Record that in 1873 a black barber was elected mayor of then unincorporated Helena. The historian said Collins appears to be the only other black person elected to lead a Montana city.

It’s not a distinction Collins emphasizes.

But the story of a Liberian refugee getting elected mayor of Helena was quickly seized on by the New York Times, ABC, CBS, BBC, NPR, the Guardian of England and other news organizations.

At Covenant United Methodist, Collins’ victory was big news, too.

“His election was mentioned as a celebration in our Joys and Concerns time and the congregation broke out in applause,” said the Rev. Patti Agnew, pastor. “Wilmot is a beloved member of the Covenant UMC family.”

“My grandma (Agnes McGill Russell) introduced me to that church,” he said. “She was the only Methodist in the family and she wanted me to be a part of the Methodist faith. She was an icon in that church.”

Collins illustrated his own devotion to Methodism with a story. He said that when he was still in Africa and his wife had given birth in Helena, she called saying she wanted to have their baby baptized. 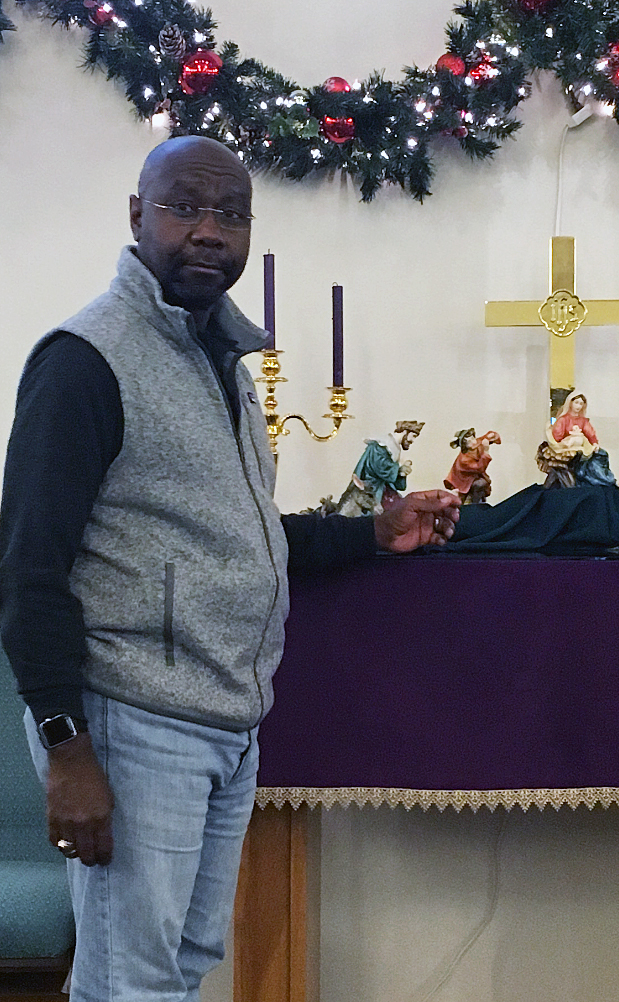 Wilmot Collins has been in the news as a Liberian refugee who won election as mayor of Helena, Montana. He describes Helena's Covenant United Methodist Church as "family" and he's been active there since arriving in the city 23 years ago. He attended worship at Covenant on December 3, 2017. Photo courtesy of Ron Guse.

“Please baptize her in a Methodist church,” Collins remembers responding.

Daughter Jaymie was baptized at Covenant United Methodist and Collins joined the church on getting to Helena. The Collins’ second child, a son named Bliss, also grew up in the church.

The Rev. Bill Mullette-Bauer, pastor at Covenant from 1994 to 2004, watched the growing, reciprocal relationship between Wilmot and Maddie Collins and the rest of the congregation.

“The church was really blessed by their presence as refugees,” said Mullette-Bauer, now retired. “It was an educational opportunity for the congregation.”

Collins currently sings in the Covenant United Methodist choir and has held various committee positions over the years.

“He’s also given lay sermons on occasion at the church, and does a wonderful job,” said Ron Guse, Covenant United Methodist’s council chair.

Guse and his wife, Mary, have known the Collins family for 20 years as fellow church members. The Guses enthusiastically supported Collins for mayor.

“He feels he can make a difference, and I think he can,” Ron Guse said. “He’s smart, he’s willing to listen and you can reason with him. He’s doesn’t go flying off the handle.”

As mayor, Collins plans to focus intensely on local issues. While he respects church-state separation, he said he won’t downplay that he’s a Christian of the United Methodist persuasion.

“I never shy away from my faith … I shout it from the mountaintop.”