The aging members of Rhems United Methodist Church prayed that they would once again have children bustling into their sanctuary.

God answered their prayers — but not the way they expected.

Today, the country church in New Bern, North Carolina, buzzes with the energy of young families. Its choir can fill the front of the church, and its youth group of about 20 teens can fill multiple pews.

Most of these new United Methodists are Karen (pronounced Kah-REN) refugees or the children of Karen refugees. They came to the U.S., by way of Thailand, after being driven from their native Burma by one of the world’s longest civil wars.

In a small town about two hours southeast of Raleigh, they are building a new life and reviving a church.

“Every Sunday, I look out and think, ‘This is a miracle,’” said the church’s pastor, the Rev. Connie Stutts. “I can’t believe I get to be part of this.”

This story might sound familiar to anyone who has seen a trailer for the movie “All Saints,” opening Aug. 25 across the U.S. The movie, starring John Corbett, is based on the experiences of the real-life All Saints’ Episcopal Church in Smyrna, Tennessee, about a half hour south of Nashville.

In 2007, the Episcopal congregation had dwindled down to 12 members and faced imminent closure when a new priest and newly arrived Karen refugees gave the church a renewed sense of purpose.

The congregations of All Saints’ and Rhems share more than a Hollywood-ready tale of rebirth. They have a personal connection. 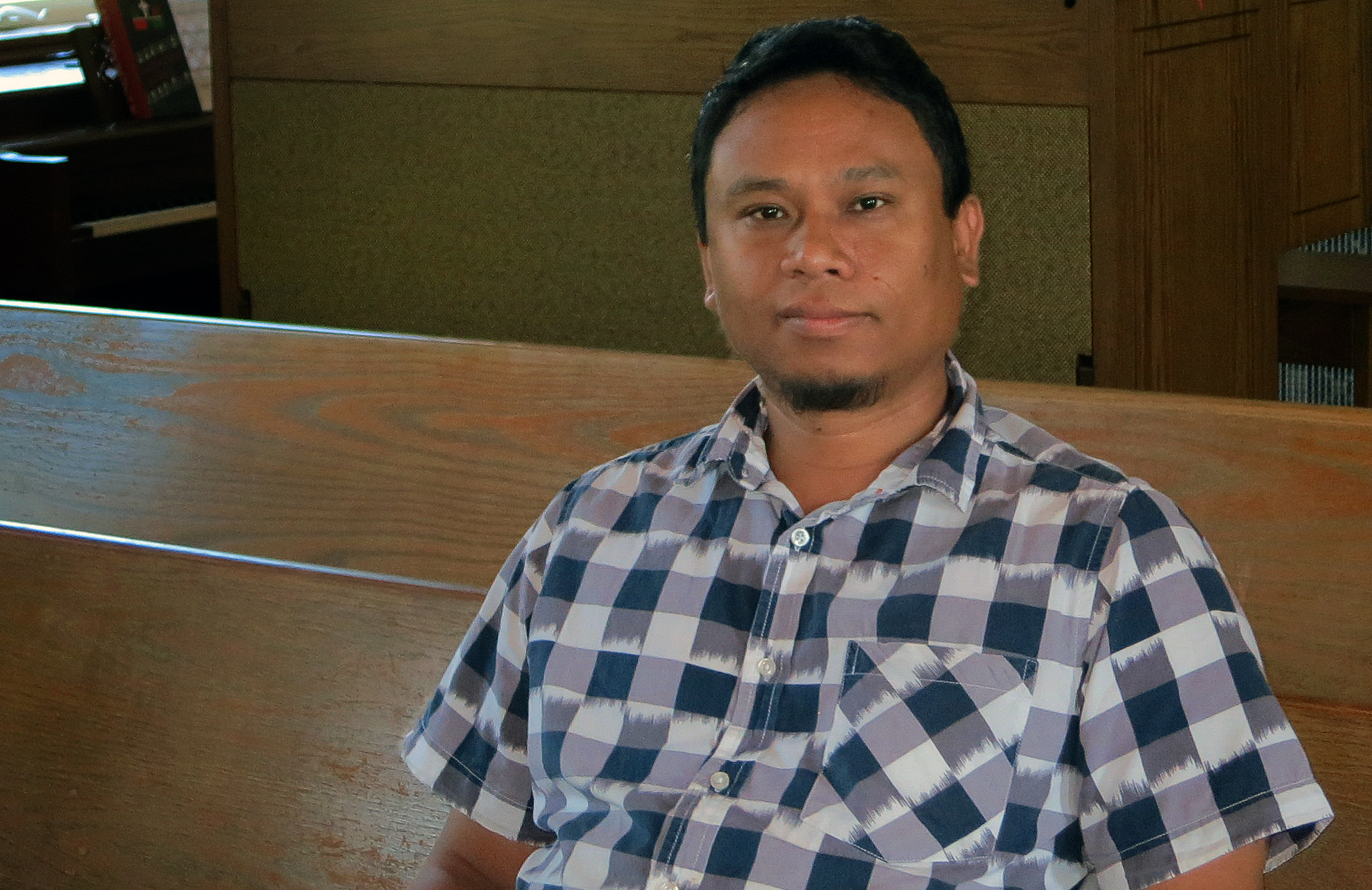 Ye Win — a Karen refugee and Episcopal lay minister — got his start in the U.S. with sponsorship from Rhems United Methodist Church in North Carolina. His story is part of the film “All Saints.” Photo by Heather Hahn, UMNS

Ye Win, the refugee who helped give All Saints its new start, first got his start in the U.S. with the sponsorship of Rhems United Methodist Church.

“When I was in the United Methodist church in North Carolina, the families of the congregation helped me,” Win said. “When I got to Tennessee, I helped other families. I believe that was God’s plan.”

Win, the son of an Anglican missionary, is now a full-time Episcopal lay minister. He helps fellow refugees in the Smyrna area find work, navigate social services and get settled in their new home. The actor Nelson Lee plays him in the movie.

However, when Win and his pregnant wife arrived in North Carolina in 2004, they did not know a person in town. They needed a friend, and they found one in Helen Dawley.

Dawley, a retired teacher, had recently moved to New Bern herself from Florida. She quickly got involved with Rhems United Methodist as well as Interfaith Refugee Ministry.

As she told her daughter Heidi Knopp, the refugees were here, they needed help and she could provide it. “I had time and a car,” said Dawley, who is now 91.

Her church also needed broadening, she told her daughter. Specifically, they needed children.

Not long after she joined the church, Dawley asked if the United Methodist Women would be willing to sponsor one of two newly arrived refugee couples — that is, provide them with transportation and other support until they got on their feet. The Wins were one of the couples.

Who are the Karen?

The Karen are an ethnic group in Southeast Asia. About 7 million live in Burma, also known as Myanmar. Most are Buddhist, but starting with British missionaries in the 19th century, a number of Karen converted to Protestant Christianity.

Insurgencies began in Burma shortly after the country gained independence from Britain in 1948. The Karen were among various ethnic groups advocating for their own independent states. Violence has continued to heat up periodically for nearly 70 years, with many of Burma’s people caught in the middle of war.

One quarter of all U.S. refugee admissions in the last 10 years were from Burma, according to Public Radio International. That makes them the largest group of refugees in the United States.

From 2007 to 2016, the U.S. admitted 159,692 refugees from Burma out of a total 665,941 refugees from all countries. These refugees belong to various ethnic groups including Chin, Kachin and Karen. The vast majority of Karen refugees in the U.S. are Christian.

Bob Smietana, whose reporting helped inspire the film “All Saints,” shares more of Ye Win’s story in the Washington Post.

Church members soon had volunteered to sponsor both couples, and Dawley invited the newcomers to join them in worship.

That leap of faith was just the beginning.

For Win, the most meaningful times with the Rhems congregation were the congregation’s monthly Holy Communion services. He and his wife barely knew English at the time, so they didn’t understand the preaching or the hymns. But Eucharist they understood, and they rejoiced to be welcomed at the table.

The congregation also threw his wife and him a baby shower. “I very much enjoyed it because we don’t have anything like that in our country,” Win said. When their daughter was born, the couple happily had her baptized at the church.

Ultimately, the young family decided to move to suburban Nashville at the encouragement of a fellow refugee. Thinking of his daughter’s future, Win said he wanted to live closer to universities. After living in Bangkok for years, he also missed city life.

With the move to Smyrna, Win decided to check out the small Episcopal church, knowing it was the U.S. branch of the Anglican Communion. The film “All Saints” depicts that experience.

Meanwhile, Rhems United Methodist Church continued to draw more Karen refugee families to its worship services, many at Dawley’s invitation. The church slowly grew from an average worship attendance of 35 to more than 70, and its average age plummeted.

The growth wasn’t always easy, and some longtime church members chose to leave.

Jody White, a lifelong member and the music minister at Rhems, said that even though members had long desired children, many were not prepared for the noise and commotion children can bring.

“Some of the people who prayed for children, I think, really wanted small people who would come in and know exactly how to act,” White said. “That was an adjustment, and there has been learning on both sides.”

Some church members felt they had found their calling. Rhonda Higgins had yearned to teach Sunday school and embraced the chance to teach youngsters not only the Bible but also the basics of English. She and others adorned the perimeter of the church classroom with the letters of the alphabet.

White, who also helped with the Sunday school, laughed when she arrived one morning to see one little girl reading out each letter in a strong, multisyllabic Southern accent: “Ah-ee,” “Bah-ee, “Cah-ee.”

“I said, Rhonda, ‘Do we sound like that?’” White chuckled. “It was a priceless, priceless memory.” 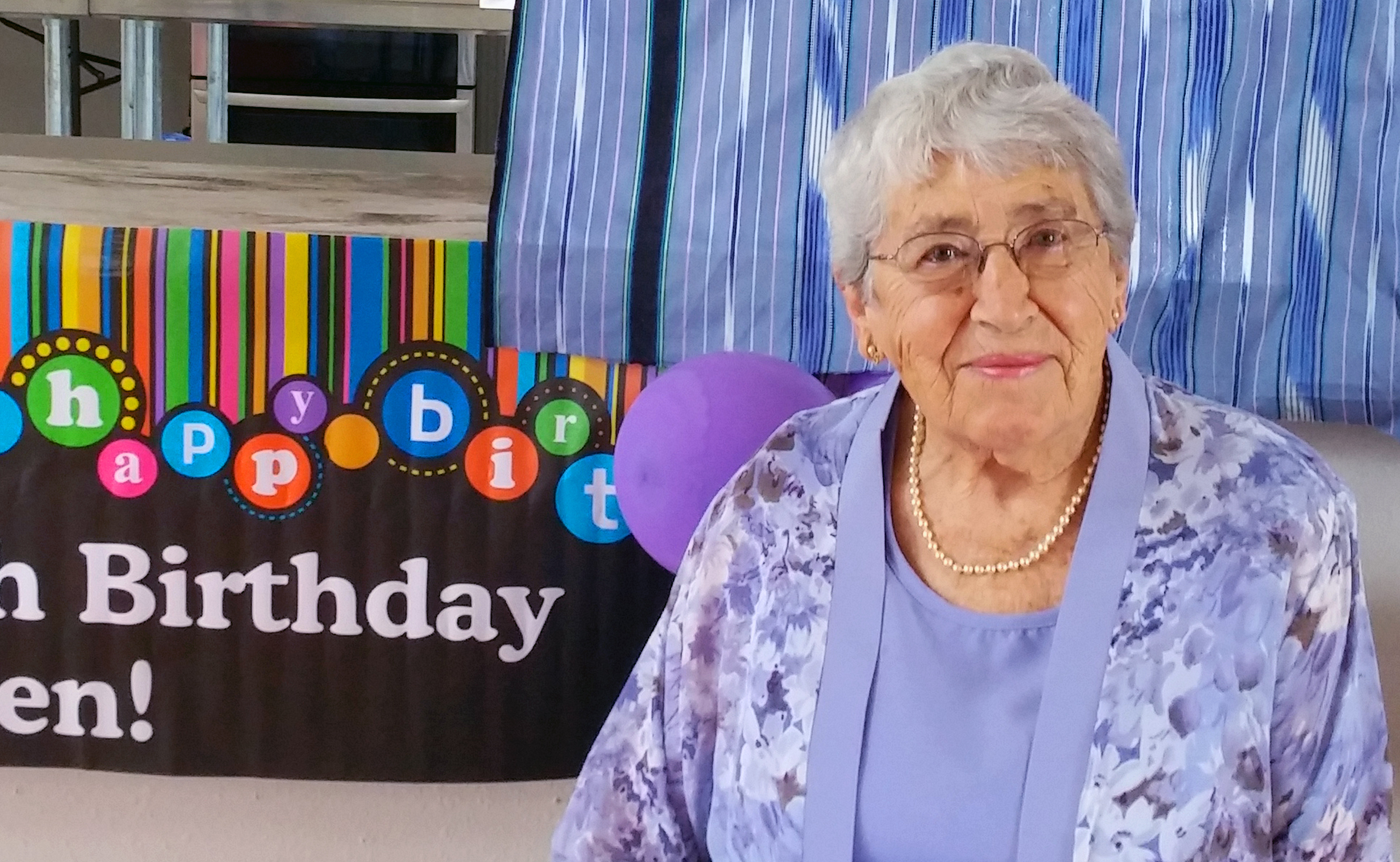 When the refugees started attending the church, the longtime members and newcomers kept largely to different sides of the aisle. Today, families intermingle in the pews and in the fellowship hour. Church leaders are also now half Burma- and half U.S.-born.

Stutts, Rhems’ pastor for the past 12 years, said the administrative council is a model of patience and trust as people take time to communicate across language barriers.

The church’s worship is still mostly in English, but the Scripture reading each Sunday is in both a Karen language and English. The church also now offers English as a Second Language and computer classes, with help from a United Methodist Commission on Religion and Race grant.

Stutts marvels that many newcomers return Sunday after Sunday although the only portion of the hour-long service they really understand is the Bible reading.

“They know they are welcome here,” Stutts said. “What they tell me is that they listen to the Scripture, and then when I am preaching, they imagine what I’m saying.”

Naw Bey Bay, who came to Rhems United Methodist Church in 2005 with her husband and three sons, said what binds the church together is love — for God and for each other.

New York church aims to fill a need through a migrant ministry that relies upon partnership to provide practical support to newcomers.
Theology and Education