For the Rev. Matt Miofsky, the results of the special called General Conference weren’t what he’d hoped for and raised the question of whether his fast-growing church, The Gathering, should stay in The United Methodist Church.

Miofsky told his St. Louis congregation over the weekend that he doesn’t yet have the answer.

“I want to wait for the dust to settle,” he said.

One week after the 2019 General Conference, the dust is still swirling. United Methodists of all perspectives on the question of how accepting the denomination should be of homosexuality continue to process what happened and what should come next.

Much of the thinking has been done out loud — through sermons, special church meetings, social media messages, blog posts and other written statements. Protests of the traditionalist direction of the General Conference have been widespread, as have been apologies to LGBTQ people inside and outside the church.

The Rev. Joe DiPaolo, pastor of First United Methodist Church in Lancaster, Pennsylvania, is part of the Wesleyan Covenant Association that successfully championed retaining and strengthening the denomination’s restrictions against ordination of gay clergy and same-sex unions. 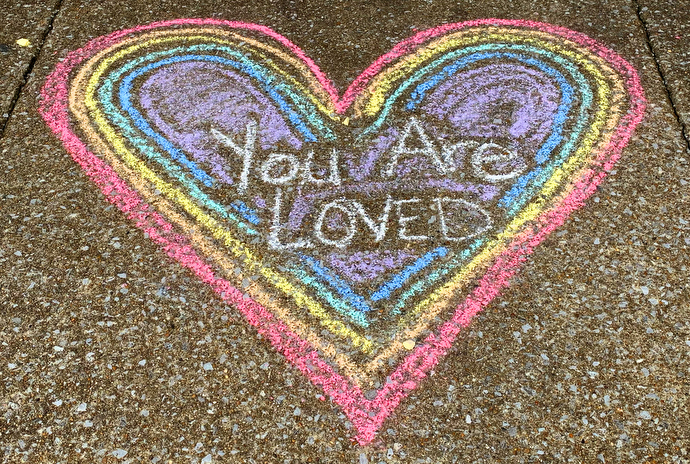 But DiPaolo’s church is not all of one mind.

“I think I will lose some folks who are more progressive,” said DiPaolo, who issued a statement about the General Conference and held a church meeting to discuss the outcome. “Things are kind of raw.”

The Feb. 23-26 legislative gathering in St. Louis, called by bishops to deal with longstanding division over homosexuality, included passage of the Traditional Plan that retains restrictive language and policies. Defeated was the One Church Plan, backed by most bishops, that would have allowed U.S. churches and conferences flexibility to decide on same-sex unions and ordination of gay clergy.

The votes were close, and the results were muddied by the Judicial Council, the denomination’s high court, declaring some Traditional Plan provisions unconstitutional. The council will review the plan again next month.

But the split within the denomination — along with rancorous debate and political maneuvering — was clearly on display in a General Conference that received national media attention.

Bishop Ruben Saenz Jr., of the Great Plains Conference, was among those lamenting how the conference went.

“In our hands was the opportunity and authority to amplify and deepen our communion with each other and our mission in the world by helping each other realize our hopes while uniting with each other,” he said in a letter to his conference.

“Instead, we used our opportunity and authority to further constrain, abuse, and cut each other off. We used our speeches as flaming arrows against one another, our voting ballots as bullets. We failed to reach a compromise as Christ’s followers and United Methodists.”

Protests of the General Conference actions have taken various forms.

In at least three states, local churches or United Methodists groups bought newspaper advertisements to affirm their commitment to the LGBTQ community. One was Allendale United Methodist Church in St. Petersburg, Florida, which took out space in the Tampa Bay Times on March 2.

“The immediate impact is the harm done to LGBTQ people, especially children and youth, who are being sent the message that God doesn’t love them, that they aren’t needed in the church,” said the Rev. Andy Oliver, the church’s pastor. “So we placed this full-page ad to send a clear message of love and support.”

Some who opposed the One Church Plan, such as the Rev. David F. Watson, expressed sorrow over the divisions within the church, including the toll on friendships.

“There are many progressive and centrist United Methodists that I care about a great deal,” said Watson, a professor and dean at United Theological Seminary, in a blog post. “It hurts to be estranged from them. Some of these relationships are likely unrecoverable except by a miracle of God.”

Reaction extended to the non-U.S. central conferences. Doreen Kallay, president of the women’s group at King Memorial United Methodist Church in Freetown, Sierra Leone, was pleased that the One Church Plan was defeated, believing that the Bible supports the denomination’s restrictions against homosexuality.

While aware that there will be fallout from the General Conference, including a potential decline in financial support for United Methodist work in Africa, she said that, “with God by our side, all will be well. … We will forge ahead successfully in Jesus’ name.”

The Rev. Lea Matthews, a member of the United Methodist Queer Clergy Caucus, spoke at New York’s St. Paul and St. Andrew United Methodist Church about her experience as an observer in St. Louis. She referred to “the pain inflicted with bureaucratic and spiritual violence” but also offered a word of hope.

“I testify today to the church being alive and well,” said Matthews, who is associate pastor at St. Paul and St. Andrew. “No matter what they say and no matter what they do. For we know all are children of God.”

Many local churches are holding meetings to explain the results of General Conference and to gauge opinions on what should come next.

Bishops of the Western Jurisdiction affirmed their commitment to full inclusion and announced plans for a range of short-term meetings.

“We have committed ourselves to working in coalition with others to find a way to live our faith with integrity in the wake of the recent devastating General Conference,” California-Nevada Conference Bishop Minerva G. Carcaño said.

Some who had long opposed a denominational breakup acknowledge their perspective has changed after St. Louis.

“It is obvious to me that we are a denomination deeply divided over this issue and that our best efforts to find a way to keep the denomination together over the past 40 years have not been successful,” said the Rev. Kent Millard, president of United Theological Seminary, in a statement.

Millard suggested “it may be time” for church leaders to find a way for the denomination to divide formally.

The Rev. Rob Kaylor, pastor of Tri-Lakes United Methodist Church in Monument, Colorado, and a WCA council member, agreed. He said the denomination has reached a “Paul and Barnabas moment.”

“They had a sharp disagreement, and the disagreement was sharp enough that they needed to go their separate ways for the sake of the mission,” Kaylor said. “We need to have a coalition from different sides to come together and discuss how we separate in a way that honors one another.”

Kaylor is pointing toward the 2020 General Conference for some resolution and promised his traditionalist-leaning church would continue to pay its apportionments in the interim.

Others, such as the Rev. Ginger Gaines-Cirelli of Foundry United Methodist Church in Washington, made clear that they have no intention of leaving the denomination.

Amid all the passion, Bo Frazier, who for 20 years has been treasurer of Trinity United Methodist Church in Little Rock, Arkansas, offered a bit of humor.

He had hoped the General Conference would approve the One Church Plan. He explained with a laugh that the opposite result had riled him up at the worst possible time — tax season.

Hodges and Gilbert are writers for United Methodist News Service. Phileas Jusu, director of communications for The United Methodist Church in Sierra Leone contributed to this story. Contact them at 615-742-5470 or [email protected]. To read more United Methodist news, subscribe to the free Daily or Weekly Digests.