Sixty years ago, when my parents, Ben and Nancy Oliphint, were newlyweds, they started a new church in Monroe, La.

A small group of charter members joined them every Sunday night for Bible study and book reviews of contemporary theologians. The group called itself simply "Sunday Night Study Group."

Over the years, as St. Paul's Methodist Church grew, so did the ties between these couples. Strong friendships were forged through hours of study and prayer as together they struggled with the call of discipleship on their lives in the context of the segregated South. It was this group who stood with my parents during the trying times of the Civil Rights Movement in the 1960s.

"The only reason they could give was that they didn't like my views on civil rights," I remember my dad saying when he recounted the story. "Bishop Walton told them that was not grounds for moving a pastor."

Helping a man to vote

Under the Jim Crow laws, a black person could register to vote only with the endorsement of a white person. St. Paul's custodian, a black man named Samuel Tucker, asked my father to go with him to the courthouse to register to vote. A church officer was waiting for my father in the church parking lot when he returned.

"Do you see this church that you built?" he asked my father, pointing to the building. "Now you're tearing it down, brick by brick." 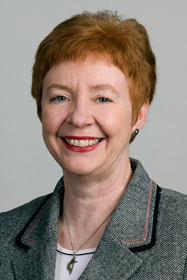 Soon the bomb threats, harassing phone calls and letters to the editor in the local newspaper began, followed by a summons to the Louisiana House Committee on Un-American Activity.

And, then, one night, when my father was meeting with his very supportive district superintendent, the Rev. Ed Hauk, my mother called to say there was a burning cross in our parsonage front yard. She later spoke of her gratitude for Rev. Hauk and how he stayed on the phone with her as my father hurriedly drove home.

At the next meeting of the St. Paul's administrative board, a resolution was presented that stated if black persons attempted to worship at the church, they would be given directions to the nearest black church and asked to leave. My father said if the resolution were approved, he could no longer be their pastor because St. Paul's would have ceased to be a church - it would have become a country club. The board chair, a member of the Sunday Night Study Group, announced there would be a roll-call vote. A motion to table the resolution was quickly made and passed. The meeting adjourned.

The next day, half of the congregation left, taking one-third of the budget with them. "But God provided," my father said. "We had a shortfall of $40,000, which was exactly the amount we had in the savings account."

Destructive riots began sweeping across many Southern cities. Monroe city leaders decided to integrate quietly by opening the doors of shops and restaurants to all its citizens.

Shielded from the trials

My younger brothers and I were shielded from many of the trials our parents faced, but I remember a period of tension when I was not allowed to answer the telephone, when they moved me to a makeshift bed in my dad's study at the back of the house, out of my front bedroom with the large windows. It would be many years before my dad could talk about this painful time of threats and divisiveness. Most of my memories are based on those later conversations.

But, as the Sunday Night Study Group began to reassemble at the feet of the Master, and their children gathered for memorial services, the stories have been told again and again. As the daughter of the administrative board chair said of that time, "It was the defining moment of our childhood." We have all agreed that our parents' bold stand was their finest legacy.

My dad always said it was the Methodist pastors who helped bring about civil rights in Louisiana through their brave stances and bold witnesses, supported by many good Methodist lay folk. He would tell their stories with great admiration. Across the years, I've met many "preachers' kids" with stories similar to my own.

St. Paul's United Methodist Church celebrates its 60th birthday this year. Martin Luther King Jr., whom my dad quoted in his sermons to the dismay of some church members then, now has a national holiday named in his honor. America has an African-American president. There is much to celebrate about the changes that have taken place in the years since my childhood.

But there is still much to be done. That's why I'm thankful for the many faithful congregations across our world, where there are clergy and laity studying God's word together, asking the hard questions of what discipleship means in our day, seeking to live as true followers of Jesus, taking courageous stands in their communities.

May the stories of the faithful who have gone before us continue to embolden us in seeking justice for all God's children.

*Casad is executive secretary of the Connectional Table.