A group of young men huddle under a tree near the school entrance, each intent on the mobile phone in their hands.  Some are typing messages; others are speaking on the phone.

Welcome to Nyahuku. In the remote community in northeastern Zimbabwe, elephants are frequently seen, and wandering off the dusty road could be fatal because land mines from the country’s liberation war still litter the mountainous terrain. About 240 kilometers (149 miles) from the capital city of Harare, The United Methodist Church is providing quality medical care to a community so rural that the only access to the country’s mobile phone network can be found under a single tree.

“The United Methodist Church does not only preach the word of God, we want to ensure the community has access to modern health facilities,” said the Rev. Elias Mutasa, Mutoko-Mudzi district superintendent.

With assistance from The Nyadire Connection, a non-profit organization founded by a group of United Methodists in Pittsburgh, Pennsylvania, the church is expanding and upgrading the buildings at Nyahuku Clinic. The improvements at the satellite clinic of the United Methodist Nyadire Mission will help meet the demands of the 14 villages in the area.

The connection has already upgraded the Chikwizo Clinic and plans to improve four other clinics operated by the mission hospital, for a total of six clinic rennovations.

Desmond Pawandiwa, nurse-in-charge of Nyahuku Clinic, said malaria, sore eyes due to allergies related to dust and pollen, and diarrhea were the most prevalent illnesses treated at the clinic.

“There is poor sanitation and people drink water from the river, a source which they share with domestic livestock, resulting in a high number of people suffering from diarrhea,” said Pawandiwa.

The Rev. Austern Chepiri, Zimbabwe episcopal area projects coordinator, said the budget for turning Nyahuku into a modern facility was $347,000.

“Work at the clinic was mainly funded by The Nyadire Connection and included demolition of the old dilapidated buildings and construction of a spacious outpatients department, inpatient wards, waiting mothers’ home, bathrooms and staff houses,” Chepiri said.

Hamadziripi Nyakudanga, the contractor at the site, said construction started on March 16 last year and is in the final stages. “Clearing of the ground, construction of a store room for solar and laying pipes for the borehole are the final stages left in the transformation of Nyahuku Clinic,” he said. Nyakudanga makes three trips daily to “the network tree” in order to communicate.

The Rev. Maxwell Mugari, the Nyahuku station chairperson, said the local community provided more than 300,000 bricks, as well as stones, sand and water from the stream downhill for the clinic.

“Initially the community was skeptical about the project. They became motivated when construction began and the contractor employed 23 locals to work at the site,” Mugari said. The project brought people in the community together despite their political divisions and provided moral support to the implementation of the project, Mugari added.

“We were a novelty during the first week, and then became part of the family,” said Gourley.  “The clinic now looks great. It is well-kept and the staff takes pride in their work,” he said.

Mutasa said the upgrading of the six clinics under Nyadire Hospital at the mission had a positive impact in his district.

“Women will no longer risk their lives by delivering babies at home since we now have an attractive health facility. I hope the government will increase the nursing staff and even allocate a medical doctor to attend serious ailments,” he said.

The clinic is located about 22 kilometers (13 miles) from the Zimbabwe-Mozambique border and elephants frequently stray from Nyatana Game Park, endangering the lives of the community.  Over the past year, four elephants were sighted near Nyahuku. The clinic is connected to the country’s major road by a 35-kilometer dirt road.

Nyahuku will be powered by solar energy.

Felix Kaseke, nurse-in-charge of Chikwizo Clinic, said once upgrades were finished there, the clinic saw an increase in the number of women registering for maternity services.

“The construction of a 16-bed waiting mothers’ home has resulted in more women registering for antenatal services here,” said Kaseke.

“We now have more space and different rooms to counsel and treat patients at the clinic. The patient’s dignity and confidentiality are paramount and are now being maintained. For instance, HIV counseling and testing have to be done in a private room, a facility which the old structures lacked,” Mafunda said.

The Zimbabwe government’s Ministry of Health and Child Care has decentralized antiretroviral therapy management to rural clinics and 165 people living with HIV are now obtaining their medication from Chikwizo clinic.

People suspected to be suffering from malaria are tested and treated by village health workers, said Mafunda.

“Gone are the days when people used to rush to the clinic for all ailments,” she said. Chikwizo Clinic has eight village health workers who get medical supplies from the facility and bring weekly reports of their activities every Sunday.

Kaseke said the clinic, which has piped borehole water and flushing toilets, might have electricity by August, since the national power authority was installing cables.

Work at Dendera Clinic is due to start later this year. Built in 1956, the clinic does not have adequate room. A single room serves as the delivery room, and women who have delivered are housed at the waiting mothers’ home since there is no postnatal ward. 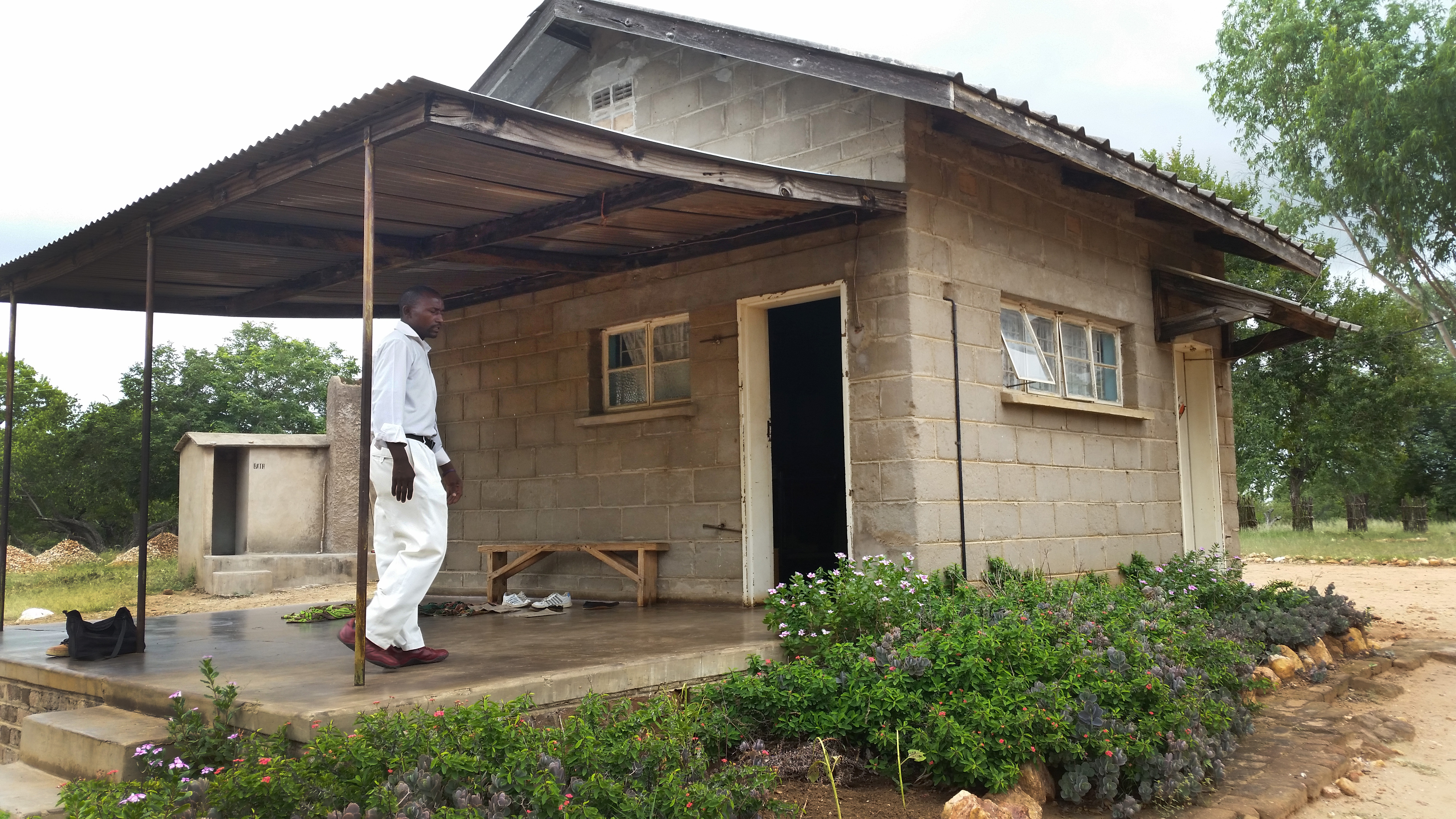 The maternity delivery room at Dendera Clinic stands apart from the main clinic building, built in 1956. Renovations at the clinic are expected to get underway in July. Photo by Eveline Chikwanah, UMNS.

Wellington Zengeni, a nurse aide, said expecting mothers prefer the clinic because of the high quality of nursing care provided.

“Some women travel from Kambaranyanga village, 30 kilometers away, to seek maternity services here because we have a mothers’ home, are near the district hospital and easily accessible by public transport,” he said.

Zengeni said apart from the old buildings, the clinic is experiencing difficulty in getting clean water.

“We do not have piped water. Our borehole is also serving the community and at times we struggle to get water due to the long queues at the borehole,” Zengeni said.

As a sign of commitment to the project, the local community has already provided sand, stones and 60,000 bricks, which are at the site.

“We will do our best to improve the infrastructure at this facility, but the staff has to take ownership and ensure they uphold the name of the UMC,” said Mafunda. “People expect good quality service from Dendera because it is a church clinic.”