• Like the main character in the Oscar-winning film, itinerant pastors learn to form community and connection even though they are always on the move.

• United Methodist pastors should see themselves as pilgrims and missionaries, not tied to any one congregation. 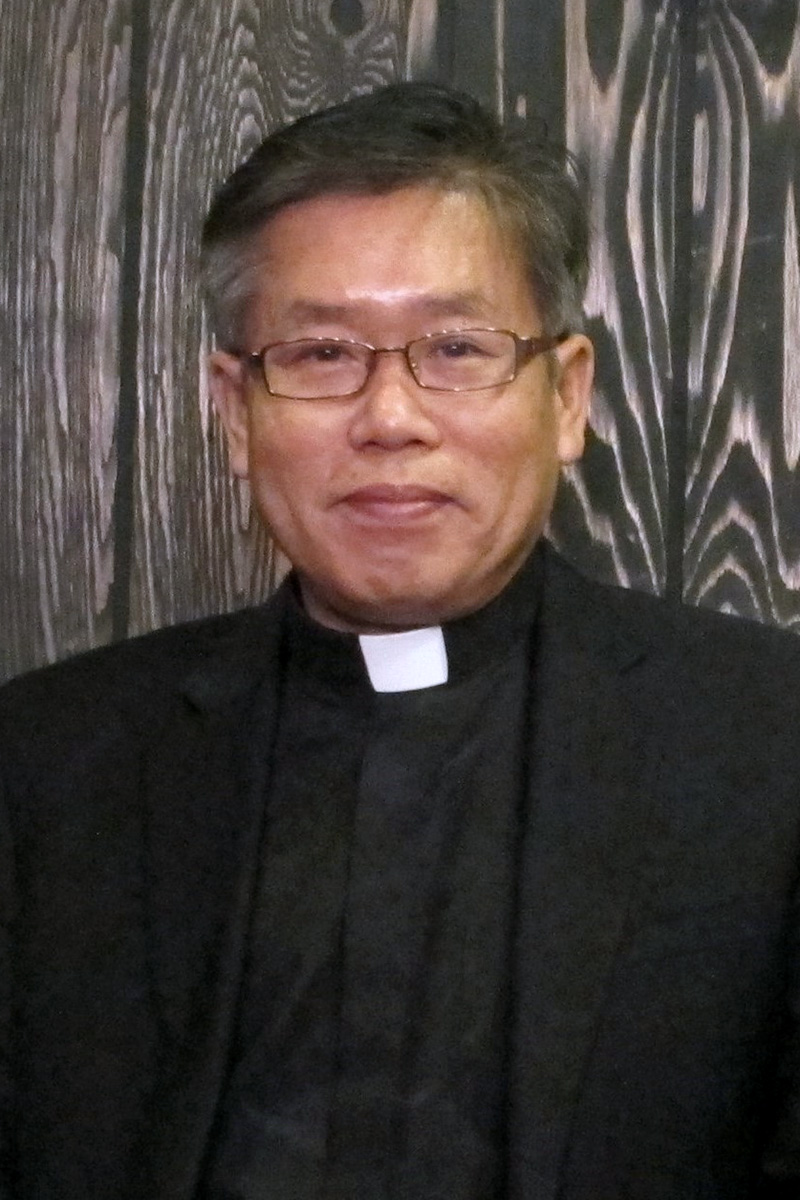 The Rev. Dr. Sun-joong Kim
Photo courtesy of the author.
In his childhood, my father, who was born at a seashore village in South Korea, enjoyed playing with his friends in mudflats while the tide was ebbing. However, when the tide was rising, he had to hurry to escape. He told me, “Life is so short like that. When the time comes, we should depart, leaving all things, even our playful heart, there.”

In the movie "Nomadland," Fern, the main character, loses her job after the U.S. Gypsum plant in Empire, Nevada, shuts down. She worked there for years along with her husband, who had recently died. Filled with the memory of her husband, Fern begins a nomadic life, wandering the road. In the process, she gets chances to reflect on her life through being connected to nature and nomads as “a real, true community.”

Watching the movie, I recall the book “From Nomads to Pilgrims,” edited by Diana Butler Bass and Joseph Stewart-Sicking. It offers some ways to transform “nomads” as “spiritual tourists” into “pilgrimage congregations” who are equipped with “vocation,” “radical hospitality,” “discernment, trust and love” and the like.

UM News publishes various commentaries about issues in the denomination. The opinion pieces reflect a variety of viewpoints and are the opinions of the writers, not the UM News staff.
Noticing that the etymon of the word “pasture” (νομή) of Jesus’ saying, “Whoever enters by me will be saved, and will come in and go out and find pasture” (John 10:9) is related to the term “nomad,” I feel I am like a nomad who wanders to find pasture and feed people with the pasture.

In “John Wesley’s Principles and Practice of Preaching,” Richard P. Heitzenrater wrote that Wesley believed “God determines the scope of mission and preaching.” The body of traveling elders who were connected to each other formed an annual conference that has two crucial poles of conference and episcopacy. In this perspective, the movie made me reflect on my life.

In one scene of the movie, a girl questioned Fern about whether she is homeless. Fern replied, “I’m not homeless. I’m just houseless. Not the same thing, right?”

I feel that anything in this world should not be independent, self-sufficient, nor perfect, but that we should live our earthly lives through aspiring toward our original home. This may be supported by Biblical passages, “Our citizenship is in heaven” (Philippians 3:20), and “Abraham set out, not knowing where he was going, when he was called. … He looked forward to the city that has foundations, whose architect and builder is God” (Hebrews 11:8-10).

Author and Methodism historian the Rev. Russell E. Richey points out some problems of today’s United Methodist Church. One of them is “an itinerancy collapsed into congregationalism.” This problem may happen when we pursue settling down, forgetting our identity as the pilgrim and vocation for itinerant ministry.

Thomas E. Frank argues that the denomination should understand its congregations as “connectional outposts of a mission.” This would mean that the congregation itself cannot be a perfect and independent reality. If we are desiring to settle down, we will ignore connectionalism as the spirit of United Methodism, fall into a local church’s egoism, seek a church that offers more pastoral support, and build our dynasties on earth while preaching to people to store their treasures in heaven.

In the film, Fern’s memory of her husband allowed her to live a year more in Empire after his death. She said, “I maybe spent too much of my life just remembering.”

Bob Wells, the leader of the community that helps nomads, shared with her a painful memory of his son, who had committed suicide five years before. He realized he could honor his son by helping others. Introducing the nomadic way of parting — saying “I’ll see you down the road” rather than goodbye — Bob consoled Fern that as he will see his son again, she also will see her husband again. In this way, Fern and Bob transformed the memory of love that was painfully past-oriented into the memory that empowered them to live new life as a “wounded healer” to help others.

Finally, Fern came back to Empire. She gave all her stored belongings to the storage owner. She entered the ruined building of the plant and her empty house. Then, she took a walk in the desolate plain behind her house. After taking a process of renewing her painful memory in this way, Fern began her nomadic life anew.

A part of John Wesley’s “Covenant Prayer,” which is included in “The Covenant Renewal Service,” is as follows: “I renounce my own worthiness and vow that you are the Lord, my righteousness. I renounce my own wisdom, and take you for my only guide. I renounce my own will, and take your will as my law. … Through your grace I promise that neither life nor death shall part me from you. I do here willingly put my neck under your yoke, to carry your burden.” This renewal would be necessary for us to bear our vocation of itinerant ministry “effectively and competently” (cf. ¶604.4).

When traveling preachers met together at an annual conference after bearing their itinerant ministry, how deeply moved their hearts were! According to Richey, the hymn “And Are We Yet Alive,” written by Charles Wesley in 1749, was sung at the opening of an annual conference in England. It became the traditional opening song at U.S. annual conferences around 1844. Richey writes: “It could provide a moment when with lusty voice and teary eye, conference could step outside of time.”

Now the tide is rising.

At a campfire, a group of nomads had a kind of memorial service for a fellow nomad, tossing stones into the fire, saying, “See you down the road.” This simple service reminds me of a description of the burial and the funeral for John Wesley.

Heitzenrater wrote that Wesley just wanted “a simple funeral ceremony with no pomp, except the tears of them that loved me and are following me to Abraham’s bosom.” A week after he died, only about 20 close friends gathered to bury him. It was according to Wesley’s will that “six poor people should carry his body to the grave, each to be given a pound.” After the funeral service, the black drapings for the chapel were remade into dresses and distributed for poor women.

A part of Shakespeare’s 18th sonnet, which Fern shared with a young nomad from Wisconsin, is: “But thy eternal summer shall not fade, Nor lose possession of that fair thou ow’st.”

Our earthly life is evanescently given only in the time of an ebbing tide, as my father said. However, if we live, desiring our heavenly home in our hearts, making the world as our parish in connection to each other for our itinerant ministry on the road, then, we could confess: “as unknown, and yet are well known; as dying, and we are alive; … as sorrowful, yet always rejoicing; as poor, yet making many rich; as having nothing, and yet possessing everything” (2 Corinthians 6:9-10).