American theologian Reinhold Niebuhr is best remembered, if he’s remembered at all, for being the author of the Serenity Prayer.

The only problem is: That’s not exactly the prayer that Niebuhr wrote. In 1951, the prayer was, “God, give me grace to accept with serenity the things that cannot be changed, Courage to change the things which should be changed, and the Wisdom to distinguish the one from the other.”

That fact is just one of many brought to light in a new documentary on Niebuhr, “An American Conscience: The Reinhold Niebuhr Story,” screened in at the Newseum in Washington. The event, co-sponsored by the Center for Public Theology at United Methodist Wesley Theological Seminary in Washington, and the Religious Freedom Center at the Newseum Institute, drew an overflow crowd to learn more about this quintessential American theologian. The film will begin airing on PBS stations around the country this month.

Martin Doblmeier is the film’s director, writer and producer. He has won awards for previous films on Dietrich Bonhoeffer, “The Power of Forgiveness,” and his recent work, “Chaplains.”

“The Niebuhr film is a one-hour documentary about the man I think is the premier public theologian in America in the 20th century,” Doblmeier said. “Honestly, his name is not that well known today, but in the 1940s and into the 1960s, he was probably as close to a pop-star in American culture as a theologian as anybody could be.”

In fact, Niebuhr was on the cover of Time Magazine’s 25th anniversary issue, March 8, 1948.

“It was a very different time in America,” Doblmeier said, “but I think Niebuhr speaks so clearly about universal issues, the notions of our human nature, the uses and abuses of power, the potential for democracy in our country. But to see all those things through the lens of a brilliant theologian was the idea that I wanted to bring to the surface.” 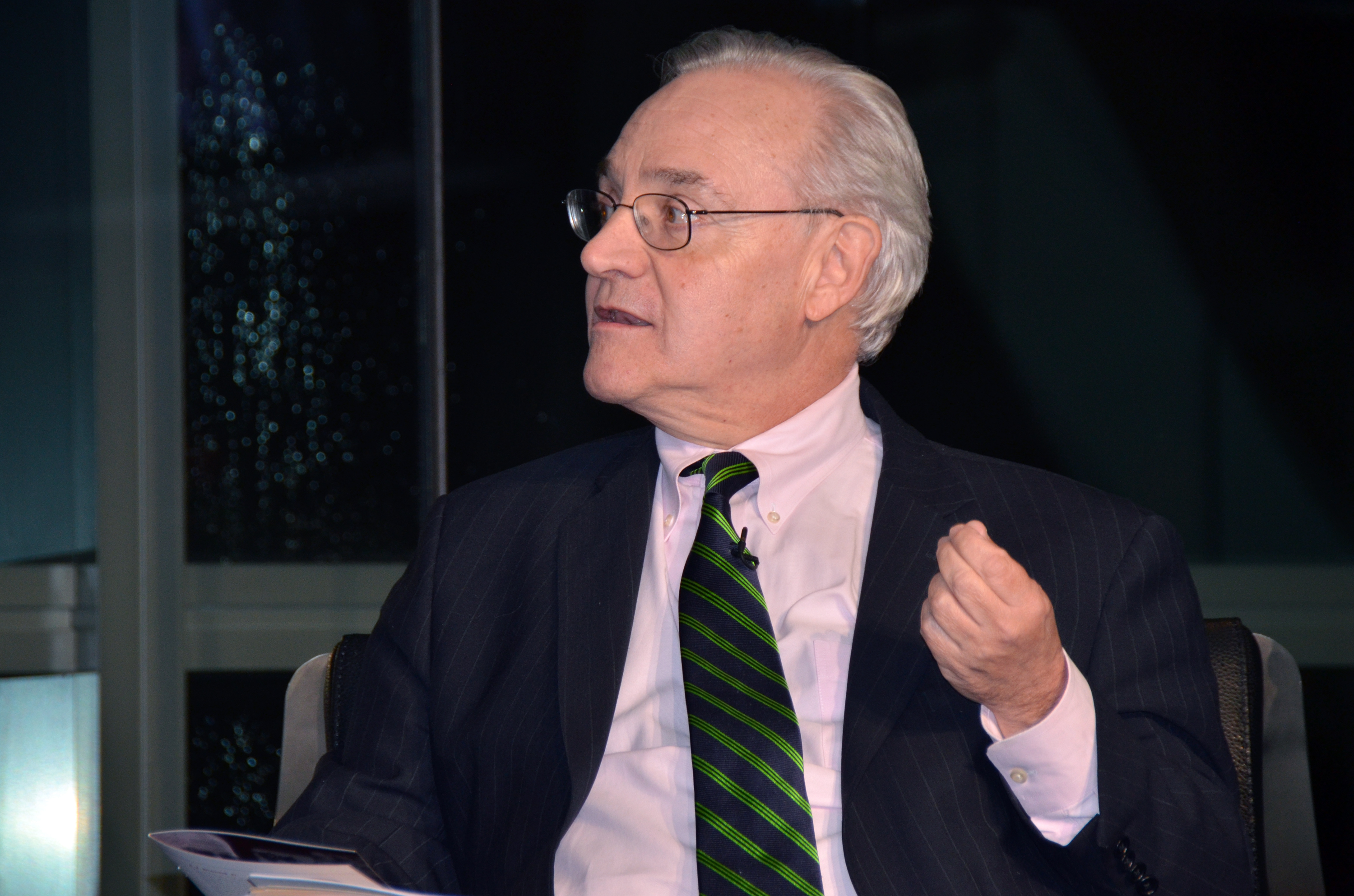 E.J. Dionne, syndicated columnist for the Washington Post, was part of a panel discussion on the film, “An American Conscience: The Reinhold Niebuhr Story.” Dionne said one of the things that surprised him about Niebuhr was the amount of time he spent on the FBI’s Communist watch list. Photo by Erik Alsgaard, UMNS.

The film explores many of the intersections of faith and public life that Niebuhr wrote about. From his support of factory workers in Detroit to his stances on race, the film uses actual recordings of Niebuhr — including a prime-time TV interview with Mike Wallace. The film also uses readings from some of his works, narrated by Hal Holbrook, and interviews with family members and current theologians to show how Niebuhr speaks to us today

Dionne said that one of the things that surprised him about Niebuhr was the amount of time he spent on the FBI’s Communist watch list. “I’m speechless after watching the film, but you can’t say that when you’re on a panel,” he said. He pondered aloud whether Reinhold Niebuhr would be Reinhold Niebuhr today.

The film portrays how the Rev. Martin Luther King Jr. found inspiration and support in his nonviolent cause from Niebuhr. Panelist Young, however, pointed out the ambivalence he saw in Niebuhr’s life with blacks.

“Niebuhr championed black justice,” Young said. “But he also sympathized with whites who didn’t want blacks living next to them. And when it came to admitting black members to his church in Detroit, Niebuhr didn’t support that.”

Gustav Niebuhr said that, for him, the film calls upon religious leaders to speak out.

“Religious leaders can’t afford to be timid,” he said. “The test is coming, and soon.” If the powers that be sense a weakness in the “moral centers,” he said, “they will come after them.”

McCurry said that he thought Niebuhr’s primary message today is to think how your faith challenges and affects life in the public square.

“His ultimate message was that you transcend the self,” he said, “and you participate as a group in the things that make a difference in the community. As he famously said, you could be as moral as you want, but if society is immoral, you’ve got some real issues. That’s the challenge we face today; dealing with that.”

“I think those are eternal truths that I think mean as much today as ever,” Doblmeier said.

Doblmeier finished the film last October, before the results of the 2016 election were known. On the day after the election, he said, he woke up and said to himself, “I’m not sure what the election means for America, but it could be great for the film.”