If you invite them, they will come.

Just ask the Rev. Jacob Armstrong, pastor of Providence United Methodist Church in this Nashville suburb. Six years ago, the church held its first service in a city park with about 140 people. About half were visitors who came to show the support of a nearby United Methodist congregation.

Today, Providence has a regular worship attendance of about 1,000 — enough to fill a drafty middle school gym for two services even on a cold, rainy Sunday morning. Many of those worshipers are new to church.

The young congregation is so successful it is now helping to mentor other church planters, including a pastor who started a United Methodist congregation in a neighboring town last year.

Providence is a bright spot highlighted in the Congregational Vitality Report presented to the Council of Bishops earlier this month.

The news on the vitality front is decidedly mixed.

What the numbers show

A) Number of people (all ages) in small groups, Bible study and Sunday school as a percent of worship attendance.

B) Number of young adults in Christian formation activities as a percentage of worship attendance.

C) Average worship attendance as a percentage of professing membership.

Engagement in the Community

A) Number of people engaged in mission as a percent of worship attendance.

B) Number of professions of faith and faith restored (who are not confirmands) as a percent of worship attendance.

A) Apportionment percentage paid for most current year.

Over the past two years, 688 new faith communities have started in the denomination’s central conferences — church regions in Africa, Asia and Europe. Faith communities include small worship groups that may never grow big enough to be considered churches.

The denomination measures a congregation’s vitality by growth, member involvement in church, engagement in the community and giving.

The recent data follows another report earlier this year that showed in 2012 a surge in U.S. vital congregations as well as an increase in professions of faith.

Worship attendance is growing in only about a third of U.S. churches.

Still, the denomination is ahead of where it was in 2010, when it began its current focus on vital congregations. That year, only about 14.8 percent of U.S. United Methodist churches were identified as highly vital.

“We saw good progress immediately after conferences and congregations set goals,” Schol said. But he added other factors could have contributed to last year’s decrease, including clergy retirements.

To reverse decades of declining U.S. membership, Schol and other denominational leaders say United Methodists will need to maintain focus on congregational vitality. Planting churches is part of that focus.

Indeed, Schol said, new congregations are often among the most vital. They have a sense of calling, know their communities’ needs and can prioritize reaching new people for Christ.

Also, they tend to be planted where the population is growing.

Being where the people are

Providence is in Mount Juliet, a growing Nashville suburb, with residents from around the world. 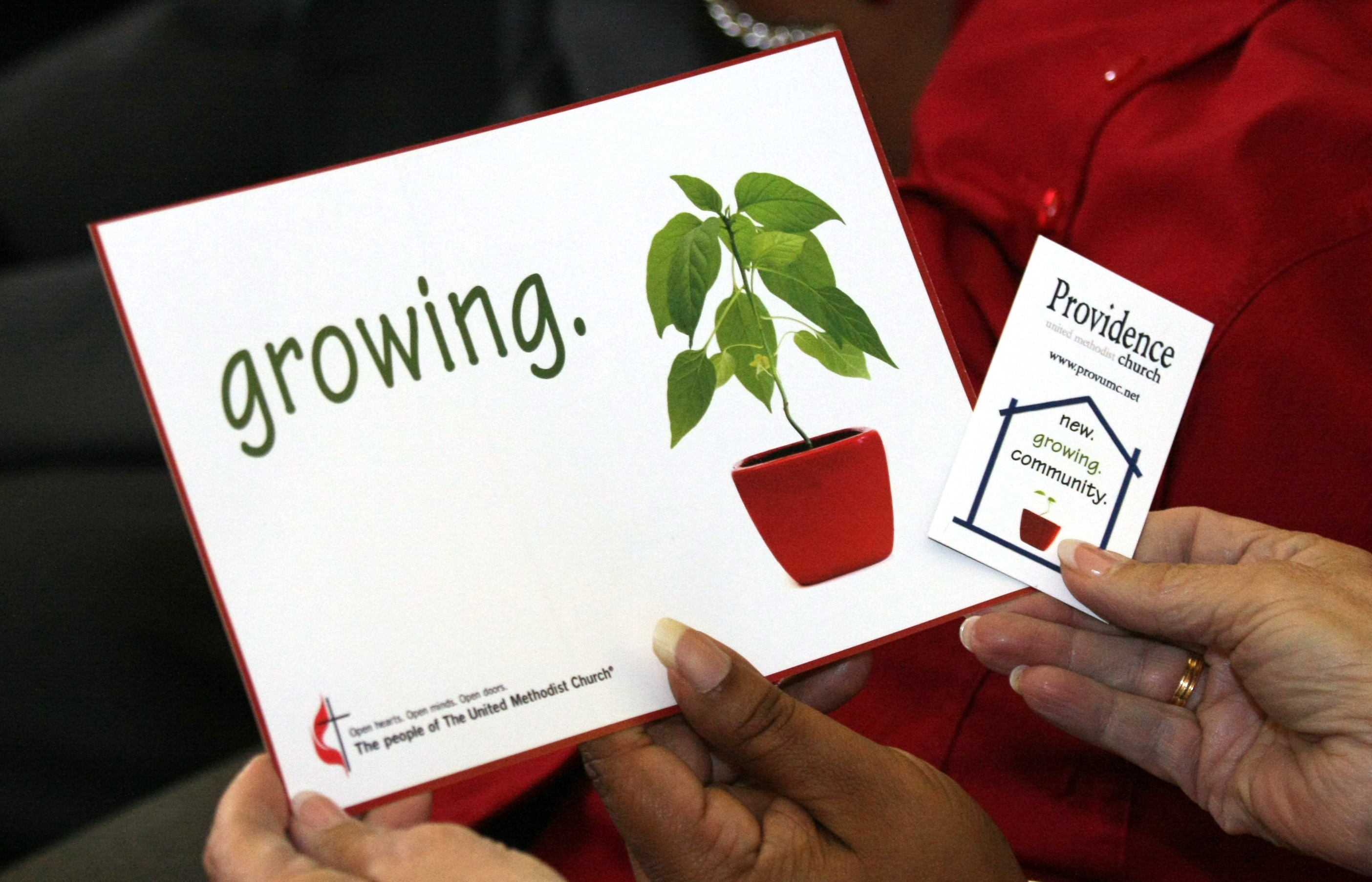 A card from Providence United Methodist Church in Mount Juliet, Tenn., proclaims “Growing” which is part of the reason that the church is considered a highly vital congregation.  Photo by Ronny Perry, United Methodist Communications

It began as a vision of a group of church leaders in the district who saw a need for a new United Methodist presence in the area. Armstrong, a Mount Juliet native, and his wife, Rachel, felt called to help start a new church.

“Studies show new people are drawn to new places,” Armstrong said. “If someone is moving from Indiana, that person is more likely to check us out than an older church because we’re new, they’re new. We’re all starting on the same foot.”

One of the biggest challenges the denomination has faced in recent decades is the result of Methodism’s early success. In the 19th century, the movement spread rapidly across the United States with new churches sprouting in just about every human settlement.

Today, about 60 percent of U.S. United Methodist churches are in rural communities. Problem is about 80 percent of the U.S. population now lives in urban areas.

While many rural churches are doing vital ministry, church leaders have long known growth comes where more people are.

That began to change in 2008 with the founding of Path1 New Church Starts, part of the denomination’s Discipleship Ministries.

Path1 works with conferences to provide coaching, training and other resources for new church developers.

Lowry, who chairs Path1’s advisory board, said the group’s work has made the biggest difference in conferences too small to hire a full-time new church development staff person. It’s also helping the denomination stay focused on cultivating church planters.

Providence is now part of that residency program.

Between 2008 and 2012, United Methodists started 684 congregations in the United States, exceeding the denomination’s goal of 650. Most of those churches are going strong, Lewis said, but Path1 is still working on tracking closures of the new congregations.

Lewis acknowledged that looks daunting, but Path1 has plans to expand its efforts.

Leaders are using various strategies to start congregations. They can start as an additional campus of an existing congregation or receive support from a congregation or group of congregations, as Providence did. They can target a specific ethnic or language group or even be what the denomination calls a vital merger, when two or more churches consolidate into a new congregation. Often these vital mergers are finally free from costly, difficult-to-maintain buildings and better able to focus on ministries.

The denomination is still closing more churches than opening new ones. In 2013, 375 churches closed, according to United Methodist Council on Finance and Administration statistics.

Lowry envisions that trend changing in 20 or 30 years if the denomination keeps an emphasis on establishing new congregations.

“Can you imagine Paul (the Apostle) saying we have enough churches? He never would,” Lowry said. “There are always new groups of people to reach.”