Raised and molded in the United Methodist faith, Bishop Tracy S. Malone was destined to lead in times such as this, according to those who know her well.

Her journey began at a young age, when at 13, she heard the call to ministry one summer while attending the Pembroke Institute, which gives Chicago-area youth an opportunity to explore a vocation in ministry.

“I had an acute sense at Pembroke and a feeling in my heart that I was being called to serve God and God’s church,” said Malone, who was elected bishop at the North Central Jurisdictional Conference in Peoria, Illinois, in July. She now leads the East Ohio Conference. “I didn’t know what form of ministry it would be, but I said ‘yes’ to give my life to Christ.”

The Rev. Dennis Ogelsby, president of the Chicago Black Methodists for Church Renewal, said he’s watched Malone grow from an inquisitive 13-year-old who exuded grace and kindness to a faithful servant of Christ.

Favorite or most meaningful Bible passage: The first scripture her father taught her and she learned by heart, Romans 8:28: “And we know that in all things God works for the good of those who love him, who have been called according to his purpose.”

Heroes in the Bible and beyond: Esther for her strength to lead with boldness and courage. She was an advocate for justice. And her mother, April. “Her grace and wisdom was her strength. Her joy of life sustained her in her time of suffering and death. She never complained.”

Recent book read that made a strong impression: "Leadership Without Easy Answers" by Ronald A. Heifetz

What about you would surprise even those who know you pretty well? “I love outdoor adventure: parasailing, jet skiing, motorcycles (I have a motorcycle license).”

“I’ve known Tracy as she matriculated through the Methodist process from a teen in the Pembroke Institute, as she became a deacon and then onto an elder, and she never changed,” said Ogelsby. “She was always consistent and always who she was created to be … she is a gift to us.”

Born in Ann Arbor, Michigan, Malone was raised in Chicago by her parents, the Rev. Willie and April Smith. Malone credits them with grounding her in the United Methodist faith.

“I am a child of the church. I was raised, nurtured and formed in the church,” Malone said. “I remember my Sunday school teachers, my confirmation leaders, the youth ministry and all those who taught me what it meant to be a child of God and to faithfully live out that call and Christian commitment.”

She received her early education through the Chicago Public Schools system and graduated from Lindblom Technical High School in 1986. She continued her education at North Central College, a United Methodist-related college in in Naperville, Illinois.

North Central President Troy D. Hammond describes Malone as a true leader. “While a student at North Central, Tracy was a ‘change agent’,” said Hammond. “She initiated a gospel choir, planned new activities for the annual Martin Luther King celebration and served on the search committee for the college’s first multicultural affairs director. We are so proud of all she has accomplished, and North Central is a different place because of her.”

Hammond says Malone continues to be generous with her time and energy as an alumna. She and her husband, Derrick, who she met at North Central, have established a minority scholarship to support African-American students. She also is the recipient of the North Central College’s 2013 Outstanding Alumni Award.

The Rev. Lallene J. Rector, president of Garrett-Evangelical, said Malone has one of the most winning personalities and possesses the art of communication.

“She is gifted with the capacity, willingness and commitment to support others in their work and their leadership,” Rector said. “She has a compelling enthusiasm that can recruit both human and financial resources for the work of ministry — all these qualities are critical for the new responsibilities she will assume (as bishop).”

Malone served as district superintendent of the Chicago Southern Region of Northern Illinois from 2011-16 and was the dean of the cabinet from 2014-16. Prior to being appointed superintendent, she was senior pastor of Gary United Methodist Church in Wheaton, Illinois, where she was the first woman and first person of color to serve as senior pastor of the predominantly white, 1,000-member congregation. 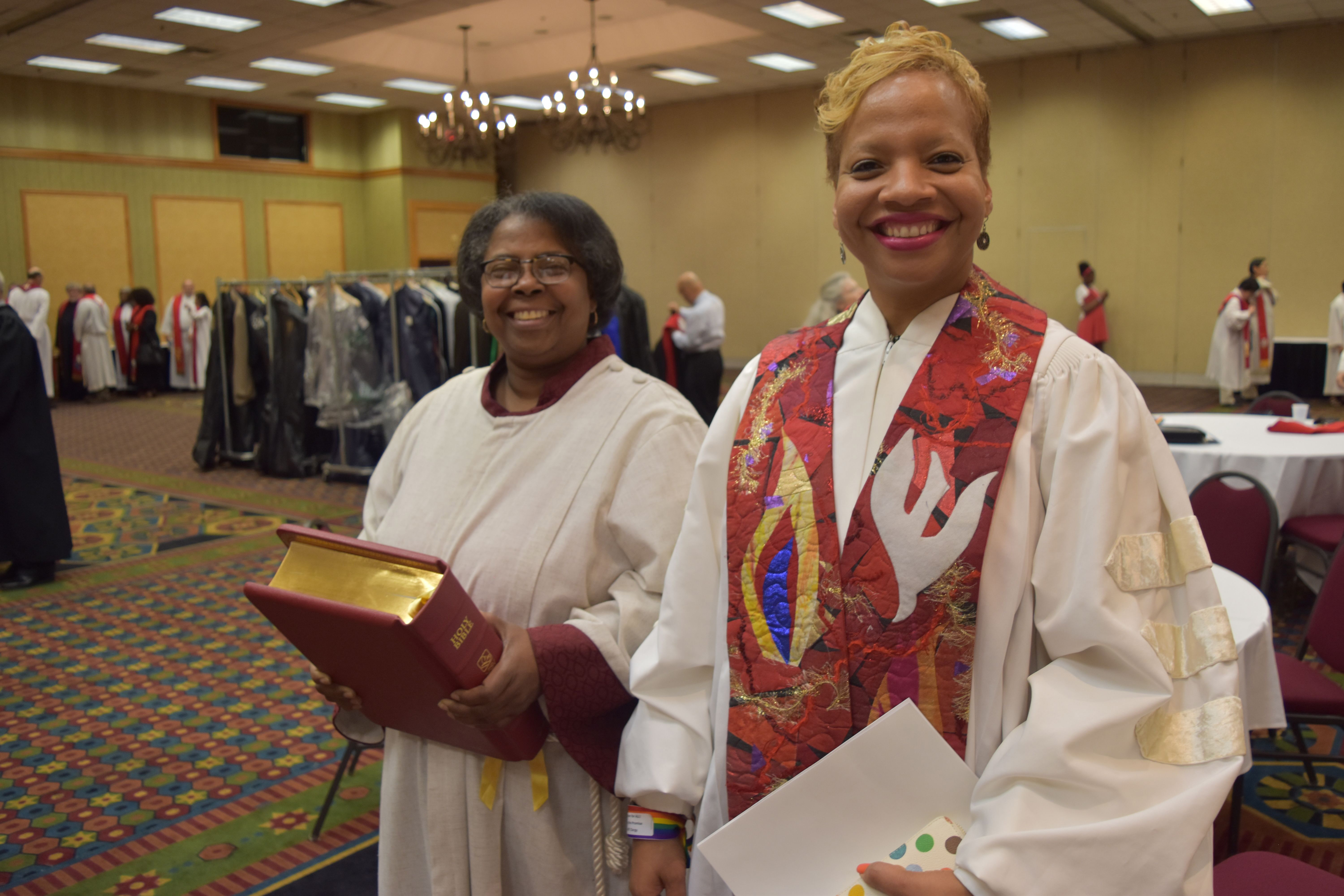 She says people began sowing the seed some years ago, telling her that one day she would become a bishop. It didn’t resonate at first, but she says she started seeing signs and affirmations.

“I believe all my ministry and leadership experiences in the local church, in the general church and as a DS have prepared me to lead as bishop in critical times like these. We live in a hurting and fractured world and we are a hurting and fractured church,” said Malone. “I desire to offer my leadership, experiences, passion and vision to expand the church’s witness in proclaiming the gospel and bringing hope, healing and justice in the church and in the world.”

Seeking wisdom, she said she dedicated time to pray and fast before coming to her decision last year. “I asked the Lord to show me and it became very clear in my spirit that this is the path that God wanted me on.”

The Rev. Carol Hill, First United Methodist Church West Dundee, helped lead her support team and says she was blessed to learn and share Malone’s story along the way.

“Taking care of little details meant that I got to learn more about Tracy’s experiences and the breadth of people she has impacted,” said Hill. “Tracy gives me hope for our church because I believe she is an incredibly gifted, authentic leader, who loves God and loves people and who won’t give up when faced with challenges.”

Bishop Sally Dyck said that as a district superintendent and in other posts, Malone demonstrated a record of effectiveness, creativity and strategic focus in the local church.

“I think I speak for all of Northern Illinois when I say that we are proud and excited that Rev. Tracy Smith Malone has been chosen to serve the church through the office of the episcopacy. Not only is she an effective, creative and gifted pastor, she is a person that is a joy to work with and to know,” said Dyck, adding that the conference will miss Malone.

“My first ministry is my family,” said Malone. “I’m intentional about creating time and space for them, which is why I’ve been able to be in ministry for 25 years. I put my family time on my schedule first and encourage others to model this and find a balance.”

Malone knows her schedule will be more demanding as an episcopal leader but she is ready for the challenge. She is hopeful for the future and is committed to serving the church.

Gerhardt is director of communications for the Northern Illinois Conference.