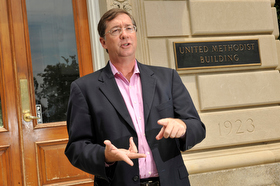 The National Council of Churches, whose members include The United Methodist Church, called for the immediate withdrawal of Judge Brett Kavanaugh’s nomination to the U.S. Supreme Court.

The Oct. 4 statement said “he has disqualified himself” for several reasons — including his temperament, character and multiple allegations of sexual assault.

Senate Majority Leader Mitch McConnell filed a motion for a cloture vote for Friday, Oct. 5, which would set in motion the procedure to usher in the first vote sometime Friday and the vote on the full Senate floor on Saturday.

“This is the highest court in the land. Questions come before the court that need to be dealt with by justices that have the full confidence of the nation,” Winkler said.

Winkler said the nomination is a major national issue that many people of faith had spoken about. “We felt like the voices of our council needed to be heard in this debate.”

Kavanaugh’s angry and partisan attacks on members of the Senate Judiciary Committee were “shocking,” and demonstrated that he possesses “neither the temperament nor the character” essential for a member of the Supreme Court, Winkler said. 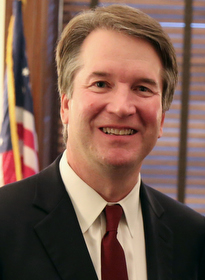 The United Methodist Church is one of 38 denominations that are part of the National Council of Churches. The council has more than 30 million members. According to the GCFA Financial Commitment Booklet for 2017-2020, the denomination has alllocated almost $2.5 million for that four-year period, or about 5 cents per member per year.

While The United Methodist Church belongs to several ecumenical organizations, its legislative assembly, the General Conference, is the only entity that speaks for the denomination.

Winkler pointed out that many senators are members of denominations represented by the council.

“We think it is important they hear from a major part of the faith community,” he said.

The council statement adds that Kavanaugh’s testimony included “several misstatements and some outright falsehoods.” Kavanaugh is a U.S. Court of Appeals judge for the District of Columbia Circuit.

“Moreover, Judge Kavanaugh’s extensive judicial and political record is troubling with regard to issues of voting rights, racial and gender justice, health care, the rights of people with disabilities, and environmental protections. This leads us to believe that he cannot be an impartial justice in cases that are sure to come before him at the court.”

Since the allegations of sexual assault against Kavanaugh, Dawn Wiggins Hare, top executive of the United Methodist Commission on the Status and Role of Women, said the agency has been been “flooding” its website with posts and statements about supporting victims.

Winkler said a different nominee would not be difficult to find.

“There are a lot of capable people in this country who have an unblemished record, and I just feel sure President Trump, with the advice and consent of the Senate, can identify someone who won’t carry the baggage onto the Supreme Court that Judge Kavanaugh will,” Winkler said.

After the National Council of Churches published its statement its website crashed. Winkler said staff members are trying to determine what caused the failure.