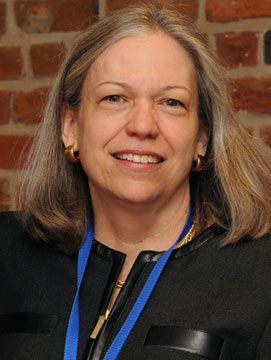 When the National Council of Churches celebrated its 50th anniversary in 1999, financial storm clouds were already on the horizon.

The United Methodist Church had temporarily withheld funds for the council over fiscal concerns but released them later that year and agreed to fulfill a $700,000 pledge, which, along with contributions from other member denominations, raised $2 million for debt reduction over the next two years.

Financial stability was restored for what is formally known as the National Council of Churches of Christ in the USA. But, eight years later, the council's governing board - concerned about moving too much money from its reserve funds to cover a $1 million-plus budget deficit - approved an agency reorganization that resulted in sizeable staff reductions.

At the time, Bishop Melvin Talbert, a former United Methodist ecumenical officer and past NCC president, pointed out that ecumenical agencies often "live on the edge economically."

The NCC, he said in 2007, "has had to learn the hard lesson of living within its means. As long as the supporting churches continue to struggle with their economics, the national council will face that struggle."

In 2008, the national economic downturn made the struggle much harder and not much has changed.

Clare Chapman, who has been involved with the council over the past 20 years as both a United Methodist and NCC staff executive, noted that the downturn has affected almost every part of the council's revenue stream, leading to a reduction each year in the budget.

"The economy is a challenge for everyone," she said. Like most nonprofits, "the council is under financial stress."

Now, the council and its 37-member communions are not only pondering how to maintain long-term financial health but also considering a much broader issue: the future of the U.S. ecumenical movement.

"The churches have held steady," Chapman declared. "Their faithfulness to the council in this downturn has been inspirational."

For the Rev. Stephen J. Sidorak Jr., a United Methodist pastor who has devoted his ministry to ecumenism, the question is not whether to move forward but how to sustain a vital movement in an era of limited financial and human resources.

"I don't think the ecumenical movement is dead," said Sidorak, currently the top executive of the United Methodist Commission on Christian Unity and Interreligious Concerns. "I think it could be more alive than it's ever been."

But, he added, some ecumenical organizations may need to "give up the ghost" to form new unions. "I think everything has to be on the table, organizationally speaking," he said.

The current conversation about the NCC's future started a couple of years ago but took shape last September, after the governing board received the strategic plan and realized something "more deeply transformative for the council was needed," said Kathryn Lohre, a member of the Evangelical Lutheran Church of America and the new NCC president. 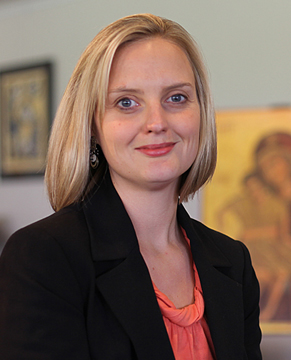 Her installation as president, on Nov. 9, occurred on the same day the Rev. Michael Kinnamon publicly announced his intention to step down as the council's top executive because of health concerns. Kinnamon, a member of the Christian Church (Disciples of Christ), completed his four-year term on Dec. 31.

Tasks in the new year

January marked Chapman's election as the council's interim top executive and the start of the 2012-16 quadrennium, with a new executive committee and governing board. Those bodies, along with three task forces - on financial stability, transitional leadership and the ecumenical landscape in North America - will lead the visioning process.

A meeting is planned later in February that Lohre hopes will provide some assessments of the council's financial circumstances - as well as discussions on how to rethink governance, structures and staffing - before the May governing board meeting.

"We need to really think proactively about the future and not simply whittle away at a structure that no longer meets our needs," she said.

Instead, she explained, the council must consider "how we see ourselves as the most effective and life-giving instrument of the movement for Christian Unity."

Lohre, who will be 35 in March, doesn't wanted to be labeled as the council's "young adult" president. At the same time, she recognizes her age is an asset in these discussions. "I am unencumbered by the history," she explained. "Instead, I can focus on legacy."

She believes there is "resistance around the table" by seasoned ecumenists to the viewpoints of their younger colleagues, partly because they are grieving, "seeing the passage of time between one vision and the next."

On the flip side, Lohre is clear on one thing: "I do not represent the future of the NCC," she said. "That's a future that has to be built.

"We need to actually do that work and we need to do it inter-generationally. It's not a given. It needs to be fostered."

An initial priority has been trying to ensure a balanced budget for the 2011-12 fiscal year, which ends June 30. United Methodist Bishop Sharon Z. Rader, who serves as the ecumenical officer for the denomination's Council of Bishops, is co-chair of task force on financial sustainability.

"There are some denominations that simply aren't able to make any contributions," she acknowledged. "They've been giving other ways but not financially."

More than a decade ago, the NCC and The United Methodist Church came to an agreement that the United Methodist contribution for basic operations should not exceed 25 percent of the total of the council's Ecumenical Cooperation Fund.

The United Methodist Church participates in several U.S. ecumenical groups, including the:

That fund, Rader said, only represents a quarter to a third of the budget, but is essential to the council's daily operations. Revenue from foundations and individual donors often is directed to specific projects, such as the poverty initiative or the environmental program.

In recent years, the percentage of the United Methodist contribution to the fund "had crept up considerably," the bishop said, and the denomination began scaling back at an agreed-upon rate of 5 percent a year.

The cutbacks, however, "were making things quite difficult" financially for the council, Rader said, particularly at the end of 2011. The council laid off some staff and contract workers to help balance the budget, but, in doing so, incurred one-time costs, such as pension payments and accumulated vacation pay.

To assist with the transition, United Methodists provided a one-time $50,000 grant from the denomination's Interdenominational Cooperation Fund. "There was a significant amount of money that needed to be added to the budget," Rader explained. "Long-term, it helps us financially."

It is hoped that conversations on an ecumenical future will be broad and far-ranging. On Jan. 10-11, NCC leaders participated in a "Christian Unity Summit" in Baltimore, at the invitation of Cardinal William Keeler, Catholic archbishop emeritus of Baltimore.

They were among the 27 church leaders from African-American, Catholic, Evangelical, mainline Protestant, Orthodox and Pentecostal perspectives who came, representing not just the NCC but Christian Churches Together in the USA, Churches Uniting in Christ and the National Association of Evangelicals.

Lohre, who attended the meeting, recalled "a very long, awkward silence" after a participant, point-blank, asked whether all of the ecumenical groups should just "die." Then, she said, the communion representatives began to articulate what the ecumenical movement means to them.

For Lohre, any question of "death" should apply to alignments of ecumenical groups "over and against one another" rather than the objective of seeking a broader unity. She said she is excited about the opportunity to revitalize the core Christian movements in the United States.

Sidorak, a member of the council's task force on the ecumenical landscape, believes revitalization "rests in its recovery of what the ecumenical pioneers conceived." The churches, he said, must:

Today's ecumenical movement has made itself less relevant to society, Sidorak said. "As the world cries out for more Christian witness, publically speaking, we turn more inward on ourselves."

Rader believes an essential part of United Methodism is joining with other Christians to strengthen that public witness.

"From my perspective, the world certainly needs a Christian message," she said. "If we can do that in some way that's unified, I think it's a stronger, clearer message."