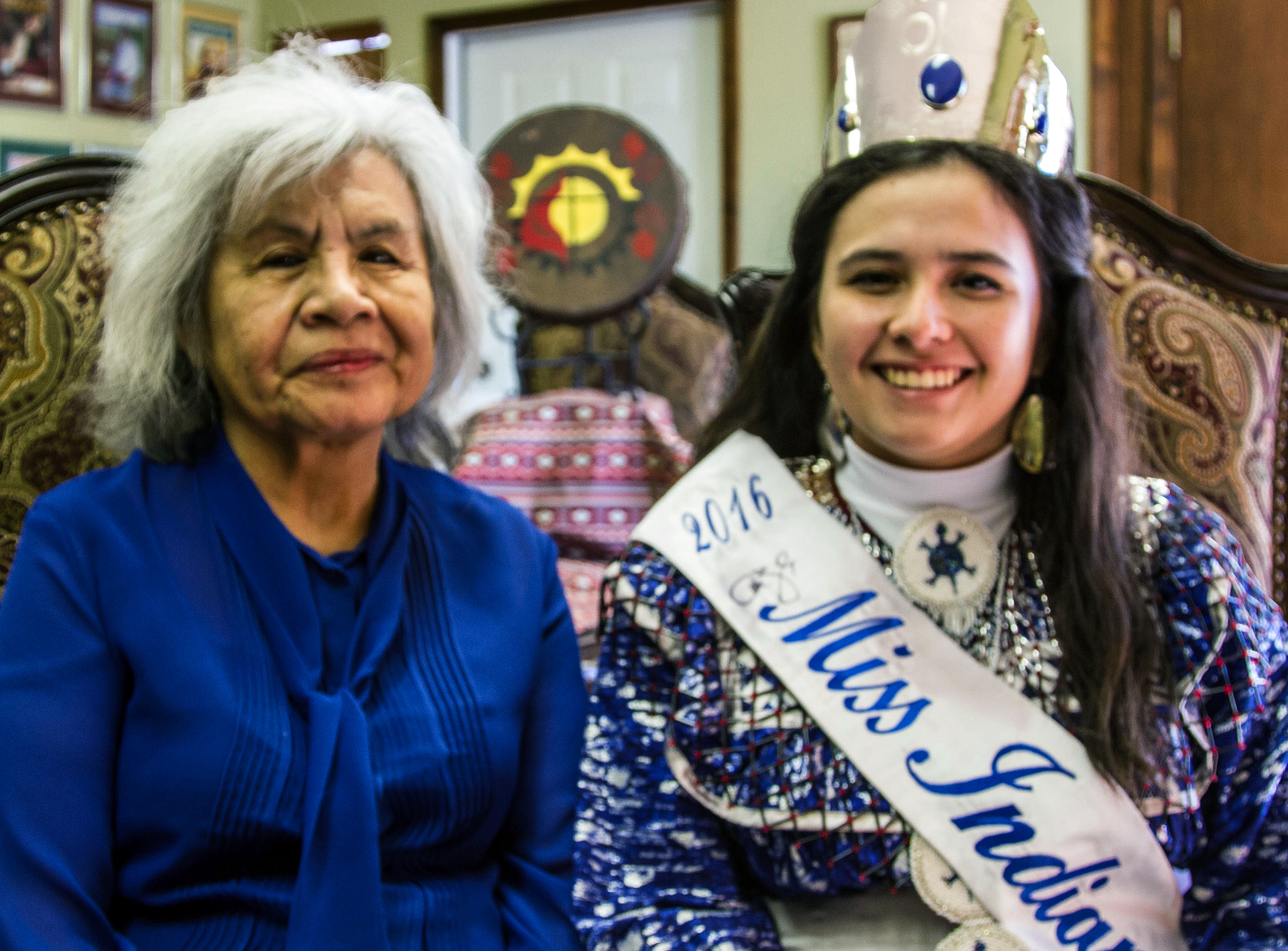 On any Tuesday night, you will find 17-year-old Madeleine Freeman assisting her grandmother at the Choctaw language class in Oklahoma City.

“Language is the most important part of a culture,” said Freeman, a high school senior at Dove Science Academy. “Without the language, you lose your songs, you lose the meaning behind those songs, and you lose what makes your community unique.”

The Choctaw language has helped her to build an important bond with her 74-year-old grandmother, Catherine Wade.  She tells how her grandmother grew up during the “boarding school” era, a time when Native children often were taken from their homes, sent to boarding schools, and not allowed to speak their language or practice their culture.

Fortunately, Wade was raised in a home where Choctaw was spoken daily. 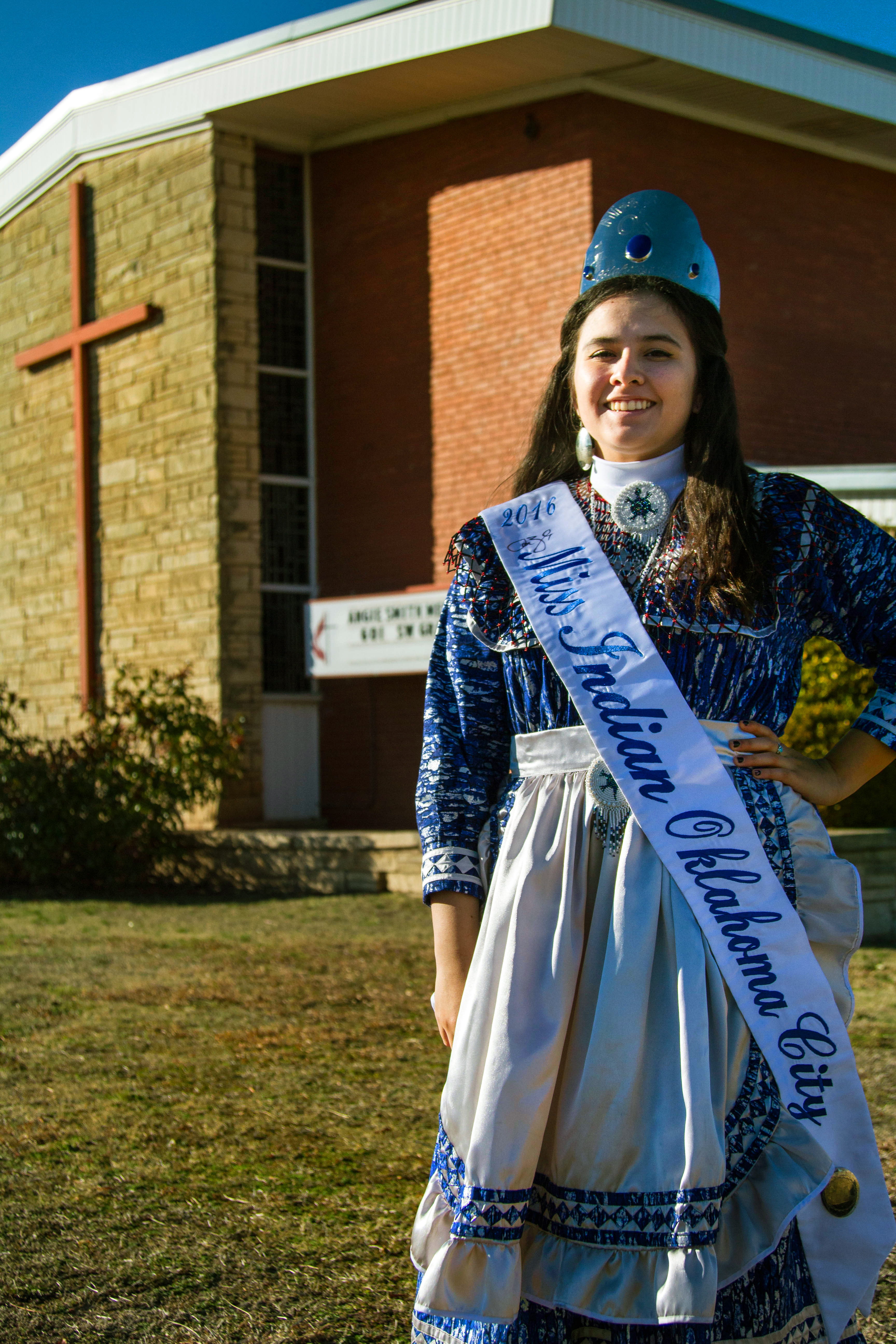 “I’m really proud that I can now bring the language to other people,” said Wade. “Our songs, our beautiful songs, I enjoy singing them.”

Their connection to the Choctaw language and a desire to be with a Native community led Freeman and her family to Angie Smith United Methodist Church, a part of the Oklahoma Indian Missionary Conference. Many tribes represented at the church share songs from their own communities, a worship highlight for both Freeman and her grandmother.

“In the urban areas, the local church is often the community place where tribal people gather,” said the Rev. David Wilson, Oklahoma Indian Missionary Conference superintendent. “Like many churches around the country, our churches struggle to keep young persons like Madeleine in the church. At Angie Smith, she is able to participate with Choctaw hymns in a way that affirms her uniqueness as a Choctaw.”

Freeman says her faith and the church community play an important part in her current endeavors and will be vital in her future goals. She currently serves as Miss Indian Oklahoma City Princess, an ambassador for Native people living in Oklahoma City and surrounding communities. After graduation in May, she plans to study Native American history and prepare for medical school.

Whether she’s performing the Lord’s Prayer in sign language or teaching people the Choctaw words and songs to praise God, she gives thanks to the Creator. “Just believing in these things helps me to connect to my culture, my heritage, and also to God,” she said. 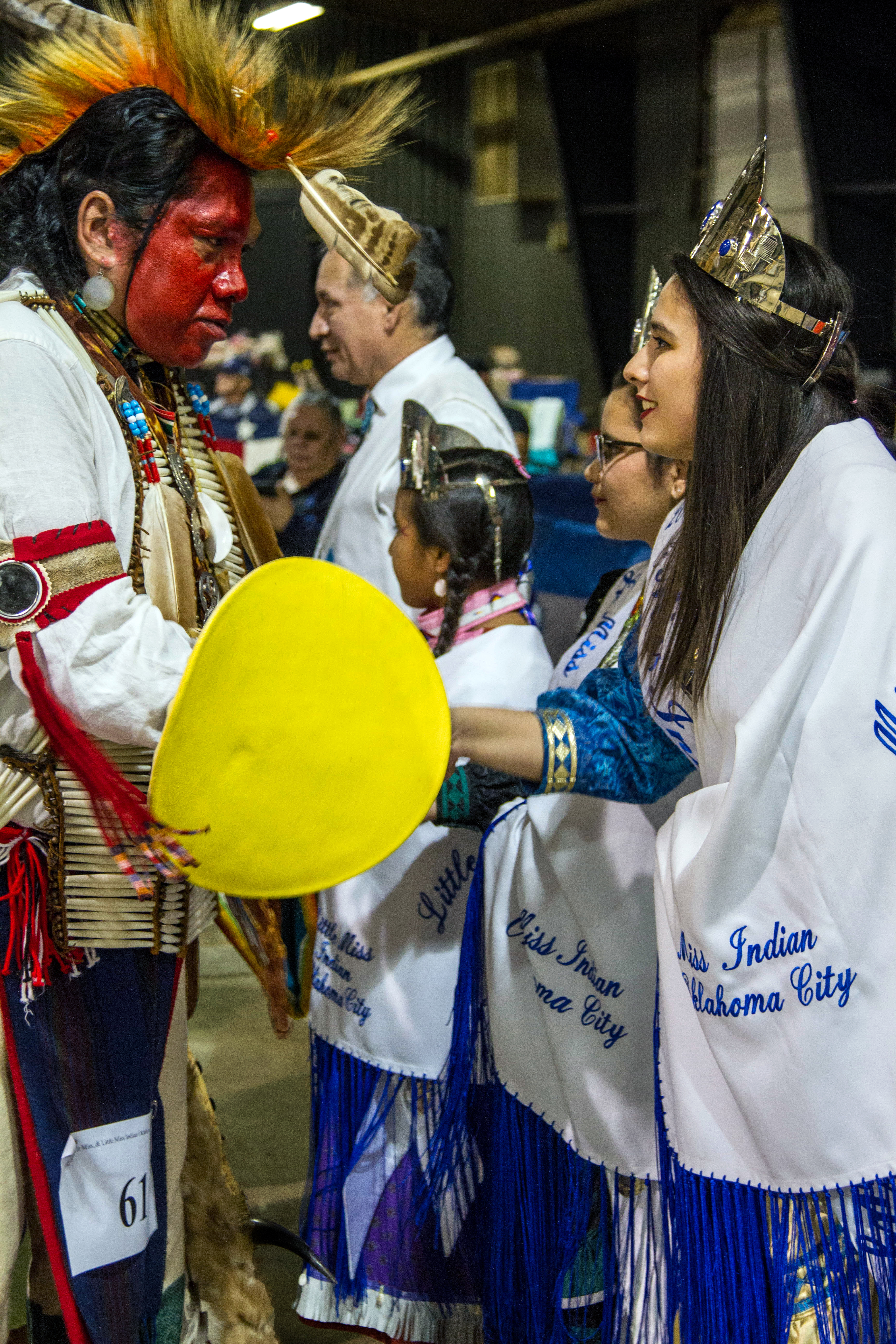 Madeleine Freeman greets family and friends following a dance honoring her work in 2016 as the reigning princess. Photo by Ginny Underwood, UMNS.

Obstacles that confront Native American young people on a daily basis can be overwhelming.  Native youth have the highest suicide rate among all ethnic groups in the United States. Suicide is the second leading cause of death for Native youth between ages 15 and 24, according to statistics from the National Congress of American Indians.  In addition, violence against Indian women and girls has reached epidemic proportions across the country.

Given these statistics and challenges, Freeman has worked hard to prove that Native young people, particularly girls, can accomplish anything they set their minds to.

“She has already inspired a lot of young women that come to church,” said Wade. “We all hope that more will come back because of her example.”

Freeman has been accepted to several colleges, including some in Oklahoma, and will learn this spring if she has been accepted at Yale University, her first choice. Regardless of where she goes, she said she is thankful for the love of her grandmother and parents, the support from her Native community and her home church.

“I’m proud of my people.  I’m proud of the things we have done, and I don’t want us to lose what made us who we are.”

Watch Freeman and her grandmother sing a hymn in their native Chocktaw language.

Ginny Underwood is a communication consultant with ties to the Oklahoma Indian Missionary Conference.  She is a member of the Comanche Nation of Oklahoma.