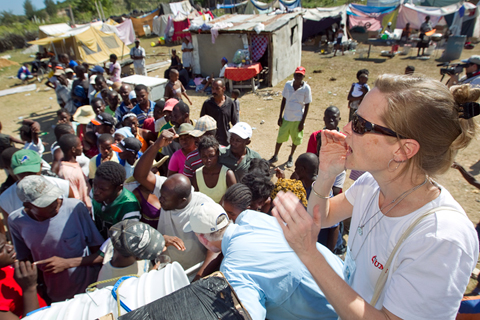 United Methodist churches in the United States are weathering a declining membership trend and a difficult economy, which have combined to cause local church spending to decline. But recently released statistics for 2010 and 2011 also show:

The report from the General Council on Finance and Administration found membership in the United States now at 7,570,980. Membership worldwide totals about 12 million, with most of the church growth in Africa and the Philippines. Membership statistics from episcopal areas outside the United States will be available by mid-March.

Statistics as reported by local churches and annual conferences indicate that professing membership in 2010 was down 1.4 percent from 2009, and average worship attendance was down 2.3 percent. In 2009, membership decreased 1.2 percent and attendance, 1.9 percent.

In 2005, The United Methodist Church established two categories of membership baptized and professing. A total of 140,295 persons were received in United Methodist congregations on "profession of faith" or "faith restored" in 2010, a 1.4 percent decline from 2009.

The 2010 report indicates only 54 percent of churches reported receiving any members by profession of faith or faith restored, down from slightly more than 58 percent in 2005.

"That figure is not as stark as it appears," said Scott Brewer, staff executive for connectional services at the finance agency. "Some churches only conduct confirmation classes every other year. Twenty-one percent of churches haven't received anyone by profession of faith in the last three years." 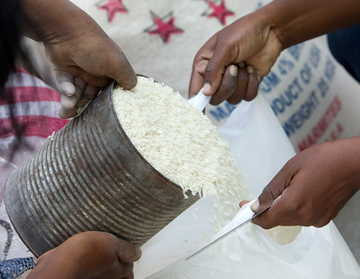 Young volunteers from the Methodist Church in Haiti measure rice for humanitarian relief in Port-au-Prince, Haiti, in January 2010.

Brewer noted that churches report 73,000 young people in a confirmation class, which means nearly half of those joining by profession of faith are adults.

Brewer noted membership losses have occurred every year since the 1968 formation of The United Methodist Church, but percentage losses have increased since 2000.

Local U.S. church spending declined from 2009 to 2010 by 0.92 percent. Local church capital expenditures declined nearly 8 percent, while spending for all other categories increased by 0.67 percent.

However, in spite of the difficult economy, United Methodists responded generously to the needs of earthquake victims in Haiti and to other disasters.

"In times of great need, such as the devastation caused by natural disasters, we have seen United Methodists respond with tremendous generosity," said Laura Chambers, senior researcher at the council on finance and administration.

Additional information related to the statistics of the denomination will be reported in the Connectional Table's State of the Church Report later this year.

Holston was one of the conferences joining the 100-percent club by increasing its giving from 61 percent in 2010. "We have made a concentrated effort over the past several years to pay the general and jurisdictional apportionments which support connectional ministries at 100 percent," said John Tate, director of financial services for the Holston Conference. "We felt it was important to make the adjustments in budgeting and ministry as an example to the churches that we are asking to pay 100 percent as well."

While the complete report on 2011 will not be available for a few months, it is clear that the natural disasters in 2011 resulted in fewer dollars to UMCOR compared with 2010, but giving in 2011 is up 30 percent from the total given in 2009.

U.S. churches reported serving more than 1.1 million people through daycare and education ministries, and nearly 26.3 million through ministries of outreach, justice and mercy.

*Peck is a retired clergy member of New York Annual Conference. Sharon Dean, communications director for the General Council on Finance and Administration, contributed to this story.