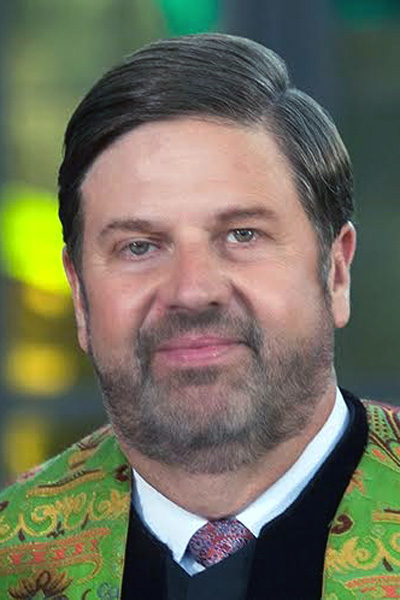 Editor’s note: This is the second in a series of essays by the Rev. Stanley Copeland on the future of The United Methodist Church.

Read first in series: A vision of new United Methodism

With great anticipation, the 2020 General Conference is now slated for August of 2022. The gathering will be sorrowfully monumental. It seems inevitable that United Methodists will separate for the first time since our inception in 1968, when the Evangelical United Brethren and Methodist Church came together under the proud name of The United Methodist Church and the logo of the cross and red flame.

While our denominational heritage does involve separation, for more than eight decades Methodism has been marked by our witness to the world of coming together. In a world tainted by political divisions, racism, health uncertainties and wars, ours has been a Wesleyan march toward oneness in Christ, even amid our conflicts. In 1939, the Methodist Protestant Church, the Methodist Episcopal Church South and the Methodist Episcopal Church came together. In 1946, our German-speaking siblings — the Evangelical Church and the United Brethren in Christ Church — united.

As tears are dried over relationships that will be changed forever, and in recognition of the threshold of new beginnings, I want to share more hopes and dreams about a new United Methodism, as newness begets fresh, forward-thinking vitality that is on the horizon.

Perhaps the most important matter coming before the General Conference in 2022 is not a vote to expedite the Protocol of Reconciliation and Grace through Separation; rather, it is the largely uniting and equalizing agenda of regionalization that seems to be gaining momentum. However, until all of our sibling General Conference delegates from across the globe can be present, in person, the weighty matters of the Protocol and regionalization must not be considered.

UM News publishes various commentaries about issues in the denomination. The opinion pieces reflect a variety of viewpoints and are the opinions of the writers, not the UM News staff.
The regionalization concept comes from the initial work of the Connectional Table in creating legislation for a U.S. Region of The United Methodist Church. Regionalization became more clearly envisioned in the “Christmas Covenant,” proposed legislation developed by central conference leadership from Africa, Europe and the Philippines. The Connectional Table affirms the Christmas Covenant as an “expression of the CT’s commitment to institutional equity and to dismantling historic, systemic colonialism.”

Regionalization acknowledges all the good that has been done for decades of unity in mission together, and strives to enhance and expand The United Methodist Church’s effectiveness by granting more autonomy throughout the global church.

New United Methodism will be structured into “regional conferences,” several large global regions of governance formerly known as central conferences, allowing for greater expressions of equity (the U.S. will be included in this structure) and more dynamic responses to the needs of people in our contextual mission fields.

New United Methodism will name and root out colonialism when it presents itself, along with all forms of racism that deepen divides, harm mission work and dehumanize God’s children. We recognize and repent of the harm done by our denomination as we have engaged in any form of racism.  We celebrate the justice work we have been committed to throughout the world in the past and pledge even greater action in the future.

New United Methodism will have a U.S. Regional Conference that recognizes and honors the diversity of our membership regarding age, gender, race, culture, sexual orientation, ability and theological expressions — traditionalists, centrists and progressives — among all United Methodists.  We only seek uniformity in the love of Jesus and the Wesleyan concept of tolerance toward one another.

New United Methodism will value the decision-making of annual conferences regarding ordination and clergy appointments, and local churches regarding property policies and procedures enhancing the efficacy of doing ministry in their own areas, towns, villages, cities and urban population centers.

Likewise, the personal convictions of clergy will be honored regarding membership and officiant responsibilities. We trust autonomy within the context of our larger Wesleyan convictions.

The leadership we need

There is much discussion these days about the Episcopal Fund and its financial viability. This concern is coupled with the speculation of churches that will depart the connection for greener pastures in new denominational space, which complicates how episcopal areas will be established post-separation. The delay of General Conference and the unfinished business of jurisdictional alignments of episcopal areas have the election of bishops in a holding pattern. Also, in light of this financial instability and restructuring challenges, the Protocol’s $25 million-plus payout to the exiting Global Methodist Church is raising more than eyebrows of negative critique.

There are bishops announcing their retirement plans, and pastors of a few larger churches resigning, at the same time the newly formed Global Methodist Church (GMC, “traditionalists only”) and Liberation Methodist Connexion (LMX, “progressives only”) denominations make their plans regarding episcopal leadership.

Three retired bishops have already been named as part of the Transitional Committee of the Global Methodist Church. The stymieing questions are: Which bishops are remaining, who might be leaving, what is the retirement schedule for the existing bishops, how many episcopal areas need to be filled and how will each episcopal area be filled?

Electing gifted episcopal leaders has never been more imperative than it is today; we have a broken denomination in dire need of restructuring and true renewal. Collegial episcopal leadership is demanded in navigating through a time of separation and a likely sharper decline in membership and funding than ever witnessed before. Bishops who lead amid divisions in our world and in the church, who stand apart from hierarchical status, and who are deeply committed to the stance of being fellow travelers through brokenness, represent the leadership we need.

New United Methodism will have visionary episcopal leaders who can clearly uplift “why we do what we do” (vision), “what we do” (mission), and “what we measure” (values), all leading to healthy growth (evangelism) and spiritual development (discipleship). Such growth is born from and results in an environment that is well defined and authentic: a church that offers real purpose and meaning to life and Christian living. Likewise, attracting Millennial and Gen-Z people to our communities is paramount, and doing so through listening to their voices and legitimately involving them in decisions and actions is key.

New United Methodism will seek to elect bishops who represent the best of our skilled, gifted and dedicated clergy, reflecting our vast diversity (race, gender, age, culture) — including our theological diversity (traditionalists, centrists and progressives) — with all possessing an understanding of our need for one another.

New United Methodism will feature episcopal leaders who can manage conflict and institutional instability. We need bishops who are willing and able to listen empathetically, who help change fixed gazes on problems of the past, and who adjust the focus to be on solutions to build strong, unified, life-giving communities.

New United Methodism will need bishops who value, recruit and empower laity to lead the church in areas for which they are uniquely gifted, as well as effectively trained and experienced. Committed, strong lay leadership will ultimately “right the course” of our denomination and our local churches.

New United Methodism will have bishops who are laser-focused on supporting with our prayers, presence, gifts, service and witness our missional initiative locally and globally. Bishops will increasingly possess skills and recruit expert lay and clergy leadership necessary to promote good stewardship, streamline operations for cost effectiveness, and raise needed funds to enable growth and development of local and global ministry.

New United Methodism will comprise bishops who understand collegiality as siblings in the United Methodist family, love the global nature of the church, work with one another in a spirit of love, and would never engage in activity to undercut the church’s global mission or endorse self-serving activity that disregards denominational unity.

In conclusion, The United Methodist Church will continue to uplift the biblical story of the church of Jesus Christ, which was never meant to be homogenous. It is time for new United Methodism to regionalize our global structure for greater unity and equality. Becoming a harmony of all of God’s people will demand that we uplift the different voices of race, gender and culture coming from those who define themselves as traditionalists, centrists and progressives.

Across the United Methodist connection, we must afford ourselves a portion of time — a few more months — to move forward decisively with episcopal elections and make sure we get well-qualified and representative bishops elected and assigned. This is for the long haul and must be prayerfully pursued.

Even in the midst of our mourning we remember what the psalmist encouraged us to embrace: “Weeping may tarry for the night, but joy comes with the morning” (Psalm 30:5).

After a mass shooting claimed seven lives and injured dozens of others at a Fourth of July parade in Highland Park, Ill., Bishop John Hopkins is urging United Methodists to act. “This mass shooting calls us to mourn, pray ... and strengthen our resolve to find ways to address the growing epidemic of gun violence."
General Agencies

Yes, harm resulted from a recent vote by the Florida Conference clergy conference, but the blame belongs with the conference’s board of ordained ministry.