A small Methodist congregation in Italy is teaming up with others to address one of the country’s biggest challenges — the overwhelming influx of migrants and refugees over the past five years.

Methodist church members in Scicli (pronounced sheek-ly), a historic Baroque town in southeast Sicily, coordinated with Mediterranean Hope, a project of the Federation of Protestant Churches in Italy, to open “Casa delle Culture” in December 2014. The facility assists vulnerable migrants and promotes social and cultural programs in the community.

Paolo Naso of Mediterranean Hope considers the “House of Cultures,” which served 425 vulnerable people in its first year, to be a “best practice” in action.

“We call it the House of Cultures because we want to create a space of integration,” he told United Methodist News Service during a recent interview at the Church Center for the United Nations in New York.

“This has been very successful because the local population accepted it, because of the high reputation of the local Methodist congregation.” 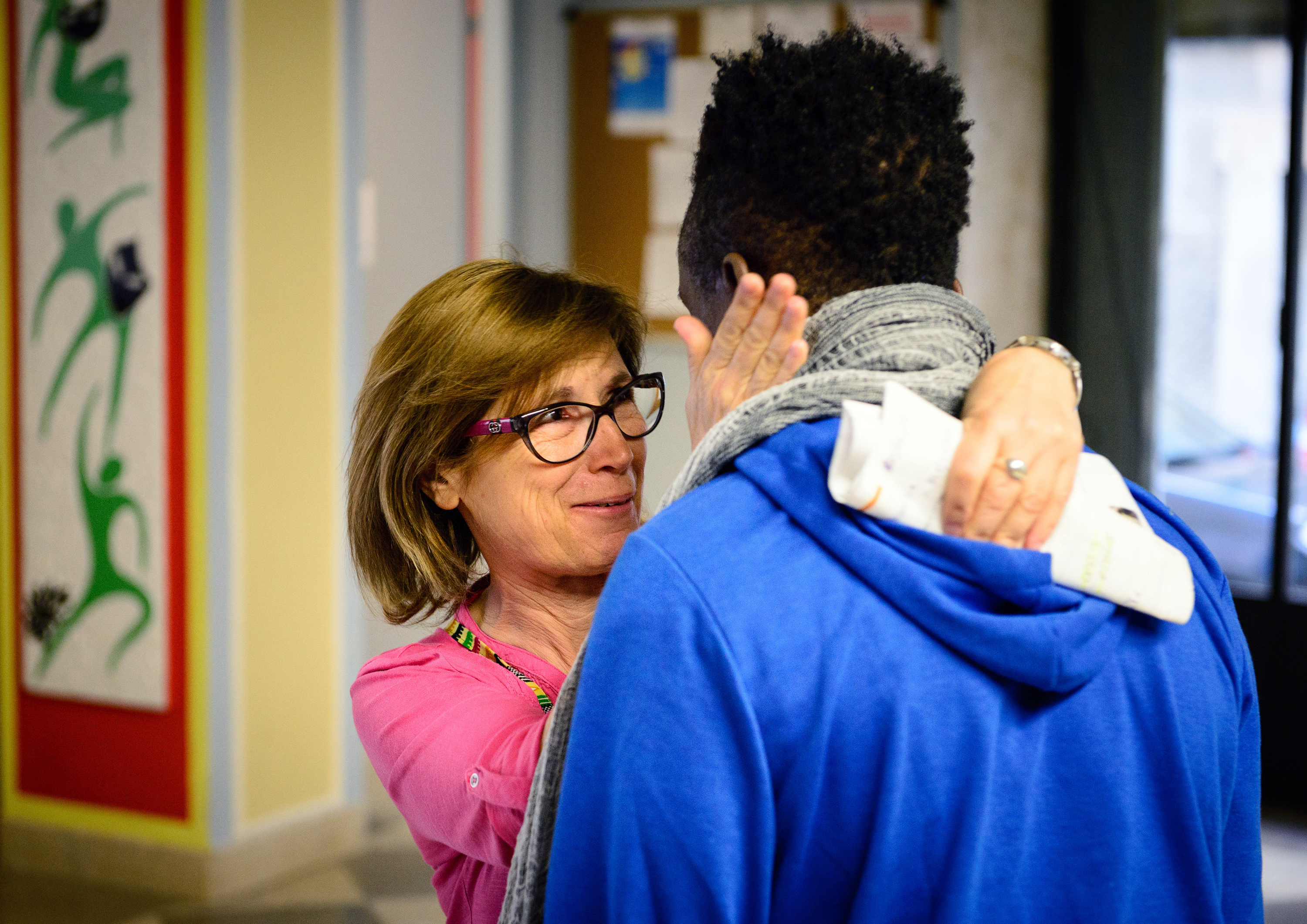 Teresa Mania, director of the kindergarten of the Methodist Church of Scicli, Italy, and a volunteer at the Casa delle Culture, affectionately greets a resident at the center. Photo courtesy of MH - Casa delle Culture.

Naso and two other Italian Methodists — Claudio Paravati, vice president of the Evangelical Methodist Church in Italy, and Luciano Cirica, president of Bethany Evangelical Hospital in Naples — visited the U.S. in February to connect with American church leaders.

Mediterranean Hope was created a few months after 368 migrants died on Oct. 3, 2013, trying to reach Lampedusa, an Italian island much closer to North Africa than to the mainland of Italy.

In a statement by the United Methodist Board of Global Ministries following that tragedy, Thomas Kemper, top executive, noted that many missionaries work with migrant communities, “dealing first hand with the conditions that displace people, hearing how government policies against migration led to exploitation and tragedy.” 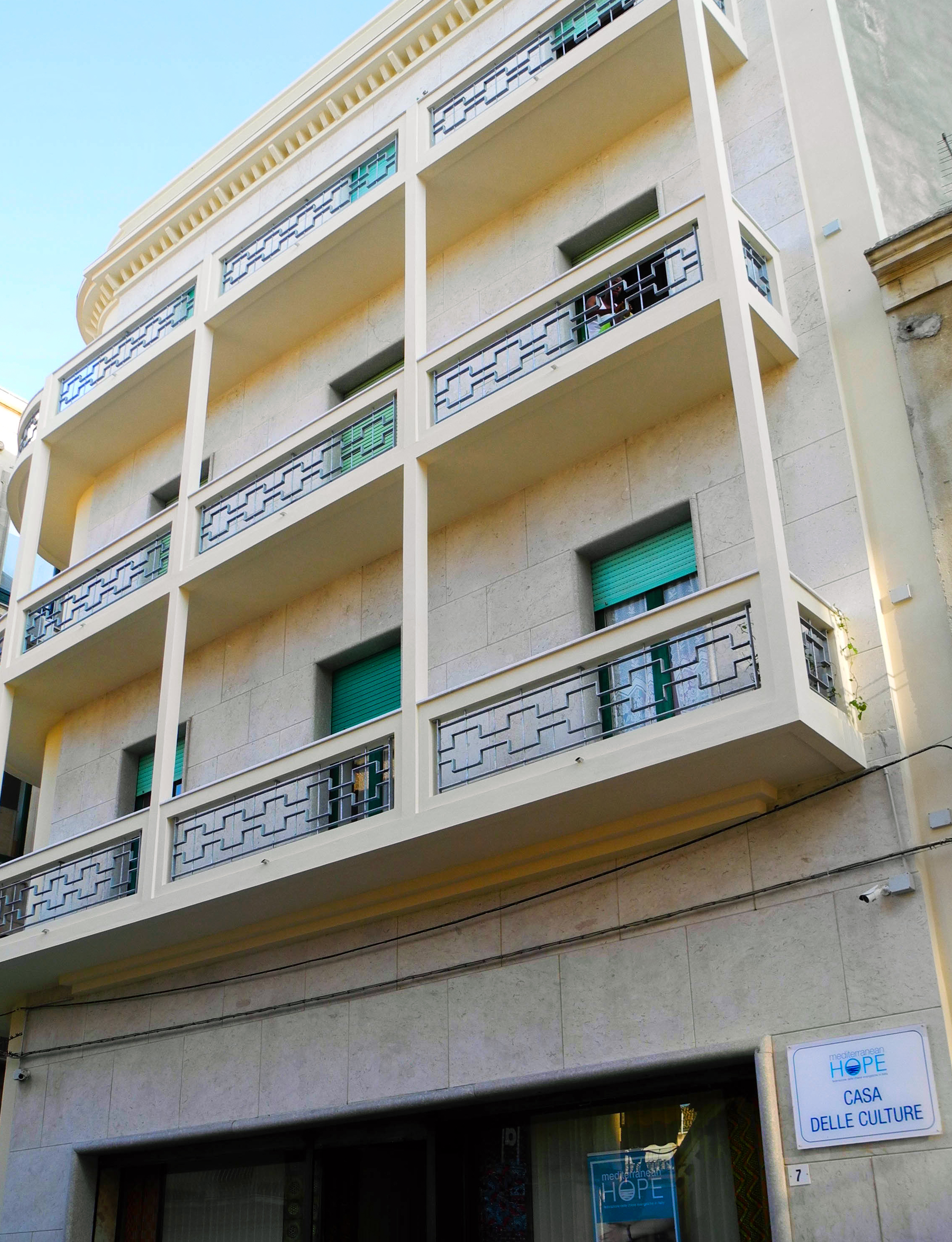 The Casa delle Culture, or "House of Cultures" in Scicli, Italy, is located near the town center, offering a better chance of interaction between town residents and the migrants receiving assistance at the facility. Photo courtesy of MH - Casa delle Culture.

The route by boat to Italy, managed by smugglers and human traffickers, is expensive, abusive and extremely dangerous, Naso said, with an average of 6,000 people dying each year.

The several-pronged approach of Mediterranean Hope includes running the House of Cultures, assisting migrants arriving on the island of Lampedusa through a reception center and staffing a relocation desk in Rome to help those in transit.

“We started just trying to accommodate the highest number of migrants we could,” Naso said. “Thirty percent of the new migrants are children, unaccompanied children, 14 or 16 years old, who try to make the ride by boat.”

As of Feb. 23, the Casa delle Culture was hosting 12 minors between 16 and 17 years old, along with nine adults and two children, ages 2 and 6, reported Piero Tasca, communications officer and administrative secretary, in an email to UMNS. Except for one family and two sisters, the majority arrived in Italy on their own during the past two to eight months.

Positioned in the town center, near the tourist area, the multi-purpose facility allows for interaction between the local residents and refugees through organized activities such as Italian courses, traditional dinners and sports activities. Volunteers from the town also help staff with daily life at the facility.

“We choose this (location) because we believe that the real integration is possible only if the local residents meet, day by day, our guests,” Tasca said.

Perhaps the most far-reaching achievement is an ecumenical project called Humanitarian Corridors. The project is the result of the collaboration of the Protestant federation, the Synod of Waldensian and Methodist Churches and the Community of Sant’Egidio, a Catholic organization that received a World Methodist Peace Award in 1997.

The project’s partners were able to convince the Italian government to implement an article of European legislation that allows them to issue up to 1,000 humanitarian visas “for people with vulnerabilities,” Naso explained.

People covered by the project are Syrian refugees coming from Lebanon, those traveling through Morocco to flee war and violence in sub-Saharan Africa, as well as Eriteans, Somalis and Sudanese coming from Ethiopia.

A humanitarian visa, Naso added, “is much more flexible and larger than the status of refugee” and offers safe passage and a process of integration into Italy. Some 700 people already have settled in Italy through this program.

Although Italy was “very highly criticized” by its European partners for initiating the humanitarian visas, some like the model of management, Naso noted, “because we pay for everything.” After nine months, the state picks up support of the visa holders. 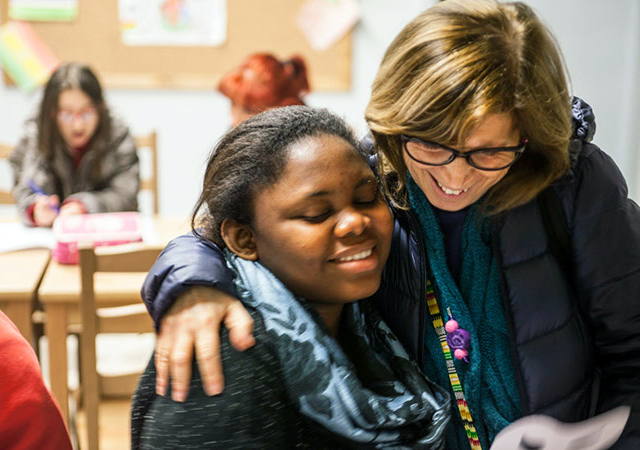 The Waldensian and Methodist Churches contribute financing through an Italian law allowing taxpayers to direct some money to religious bodies recognized by the state, Naso said. Although the two churches only have about 30,000 members, tax-credit support comes from more than 600,000 Italian taxpayers. “We consider this state money,” he explained. “So we intentionally dedicate all the money to social programs.”

The goal is to duplicate the Humanitarian Corridors project in other European countries, and one reason for the Italian church delegation’s U.S. visit was to seek the support of American religious leaders.

Lobbying the United Nations is one strategy. Mediterranean Hope also is organizing an ecumenical conference in Sicily on border issues, set for Oct. 3, the fourth anniversary of the Lampedusa tragedy.

Walls and massive refugee camps are not the way to reduce the migration pressure on Europe, Naso declared.

“We have to be strong enough to say morally, practically, politically that (method) isn’t an alternative,” he said, then added, “I am not thinking about open borders. This is a fantasy. We are just thinking of a model of migration management that is respectful of basic human rights.”