Editor's Note: The Rev. Robert J. Williams, the top executive of the Commission on Archives and History, presented "A Historical Perspective on the Creation of a 'Set-aside' Bishop' at the Pre-General Conference News Briefing on Jan. 19 in Tampa, Fla. These are excerpts from his remarks. The full text of his remarks is available in print.

Issues of leadership and management have been a part of our life from the beginning. With John Wesley, there wasn't much need to debate because he led and managed and completely controlled the life of the connection. He wouldn't dare take the title of bishop because of the Anglican context of the movement, but he certainly functioned as one and ordained persons in 1784 and authorized (Thomas) Coke to ordain when coming to America.

In 1789 and 1790, (Francis) Asbury (a founding Bishop of the Methodist Church in America) had created what was known as the Council, consisting of bishops and presiding elders. Such a concentration of power was short-lived and ultimately gave rise to the quadrennial general conference in 1792 as a way of correcting the cumbersome nature of 11 annual conferences but no unifying structure.

The model of episcopacy lived out by Asbury was itinerant and imperial. He traveled, and he was in charge.

The (Bishop William) McKendree model was a collegial style. (McKendree was the fourth Methodist bishop, and the first born in the United States.). He insisted on collegiality among bishops; forced Asbury to share authority and power. The (Methodist Episcopal Church) would have no one bishop in charge. 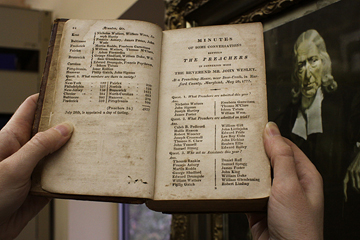 Frances Lyons-Bristol, archivist records administrator, holds a book listing early Methodists, just one of thousands of historic items housed at the denomination's Commission on Archives and History on the campus of Drew University in Madison, N.J. A portrait of the Rev. John Wesley hangs in the background. A UMNS photo by Kathleen Barry.

1912 - In the Methodist Episcopal Church, there was a plan of Episcopal Residential Supervision, which mandated which conferences were assigned to which bishops. This has evolved into the situation that now prevails with most bishops serving one conference and a few bishops serving two conferences. The itinerant general superintendency has transformed itself into bishops providing more direct administrative leadership in a conference with the often-repeated appeal that bishops are still general superintendents of the whole church.

1964 - The Coordinating Council brought a report about the general superintendency to the 1964 General Conference, which included legislation that permitted a one-year churchwide assignment and included a suggestion that the Council of Bishops "might give sincere consideration to a full-time executive officer."

1968 - The movement toward a fulltime president goes back to 1968. The Council of Bishops took to General Conference a petition in the form of a Constitutional Amendment to ¶54 (now ¶49) calling for the addition of the following sentence: Nothing herein shall prevent assignment on a quadrennial basis of one bishop for full-time responsibility in the Council of Bishops. The Uniting Conference of 1968 voted to send this amendment first to the annual conferences, where it was approved by an aggregate vote of 21,699 to 5,585, an 80 percent majority, far greater than the two-thirds called for. This was reported back to the 1970 Special Session of General Conference (St. Louis), where it failed to receive the necessary two-thirds vote.

1972-76 - There was a study committee on the episcopacy and superintendency, but there was nothing in the report that bears on this conversation.

1988-89 - The issue was not raised again for 20 years. Council President Jack Tuell (1988-89) appointed a committee to study and make recommendations on Council leadership structure. The committee brought back a structure which called for a set-aside presiding bishop of the church. The report was not approved by the Council. 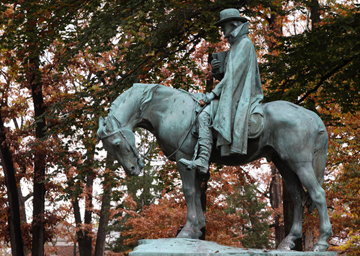 The committee spent two years in study and conversation with the Council. A leadership proposal was presented in the fall 2002 meeting and overwhelmingly adopted with a vote of 33 to 18 for a four-year set-aside president.

As a first step, the Council of Bishops asked the Judicial Council for a declaratory decision on the constitutionality of such a petition. The case was argued before the Judicial Council at its spring 2003 meeting. Decision 961 rendered the request "unconstitutional," arguing that ¶49 limited the episcopal office to only presidential and residential responsibilities. The constitution trumped the rest of the Discipline. 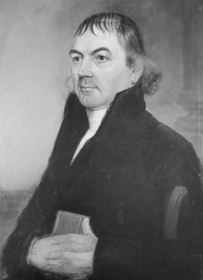 Bishop William McKendree. Photo courtesy of The General Commission on Archives and History of the United Methodist Church.

General Conference of 2004 - The Council of Bishops then filed a petition to the 2004 General Conference calling for a Constitutional Amendment to ¶49 and for additional legislation to ¶406.3, which would enable the Council of Bishops, at such time as it might see fit, to implement the plan for a four-year set-aside bishop. The Legislative Committee on Higher Education and Ministry, chaired by then-Rev. Robert Schnase, carefully considered the proposal, and approved the two petitions overwhelmingly by votes of 80-10 and 77-12. When these petitions came to the floor, they had considerable support from several speakers. But at some point a motion to refer it all to the Episcopacy Study Committee was made.

This was debated, then Sandra Lackore asked permission to speak and said that if these two motions were adopted and ratified, GCFA would have to add $1 million to $2 million to the budget that was before the body, though the Council of Bishops was already on record not to implement the plan at any time during the quadrennium if the legislation passed. But her words of warning were not refuted on the floor, and the motion to refer was adopted by a vote of 478-430, which was still remarkably close.

History does not prescribe a particular course of action but that does not diminish its importance. Each of you must decide if the needs of the church today call for one bishop to be in a role not yet experienced in the church.

*Williams is the top executive of the Commission on Archives and History.