In an effort to promote more vital congregations, United Methodist leaders are weighing proposals that would dramatically change church funding and the denomination's agencies.

The possible changes under consideration include:

Illinois Area Bishop Gregory V. Palmer shared these possibilities as part of an update on the denomination's Call to Action process during the May 2-6 Council of Bishops meeting. The changes follow recommendations from the Call to Action report, which asserts that the status quo of a shrinking and aging U.S. church is "toxic" and unsustainable.

Palmer is the convener of the Interim Operations Team, a group of clergy and laity working with denominational leadership to implement Call to Action recommendations.

At the Council of Bishops meeting, Palmer and other team members could offer few specifics. Palmer stressed that the group is still in its early phases. "Our purpose in coming to you at this juncture, after two months of work, is to check in," he told the bishops.

In addition, the Interim Operations Team will present its ideas this week to the Connectional Table, which coordinates the denomination's programming.

The team is still looking at ways to better align the agencies toward fostering vital congregations. Its recommendations follow a survey of 423 church leaders that rated the United Methodist general agencies below average in fulfilling the church's mission to "make disciples of Jesus Christ for the transformation of the world." 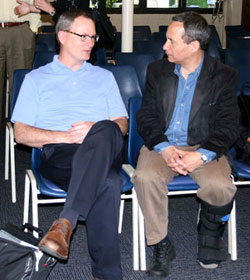 One suggestion is to create a new agency, governed by a 12-member board, which would be responsible for coordinating the denomination's connectional ministry. The board would complete a comprehensive plan for transitioning from the structures of the present 13 agencies to new arrangements as quickly as feasible.

Existing denominational boards and commissions would continue until 2013. For those agencies continuing to exist as separate entities, the team urges that they reduce their board of directors to no more than 12 people.

The team recommends agencies primarily be self-funded through fees or sales to congregations and annual conferences. General Conference would still designate partial funding to assure a bare minimum of key agency functions.

San Francisco Area Bishop Warner H. Brown Jr. told the team that he agrees that reforming the agencies is "a pivotal and essential part of the change that's needed."

But he worried that having a 12-member governing board overseeing the agencies would just be a replay of the Connectional Table and the United Methodist Council of Ministries, an earlier agency with a similar mission.

"As long as each of the agencies are separately incorporated and have their own boards and their own power base, that cannot be effective," Brown said.

He also observed that many agencies are already proposing reducing the sizes of their boards. "Many agencies recognize the need for change and are taking some radical steps, and to jump past that and go to 12 by 2013 seems to be overreaching," he said. 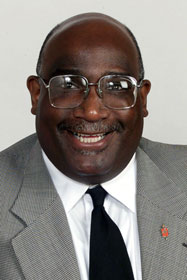 But Palmer stressed that the proposals around funding are not yet refined. He said the team is "not nearly at the point of saying we have a petition" to formally ask General Conference to change the Book of Discipline, the denomination's law book.

During the bishops' meeting last week, most of the public conversation revolved around one of the team's recommendations. After lengthy discussion, the bishops endorsed an amendment to the church's constitution that would allow the council to elect one of its own to a full-time, four-year position as president without the usual responsibilities of overseeing a geographic area.

Palmer celebrated the conversation that is just beginning among many church leaders.

"What I appreciate about this stage of the process is the chance to vet what in some cases are big, hairy, audacious ideas," he said, "and get a sense what people connect with both in the head and heart."

Call to Action offers signs of crisis and hope

Call to Action: Reordering Life in the Church